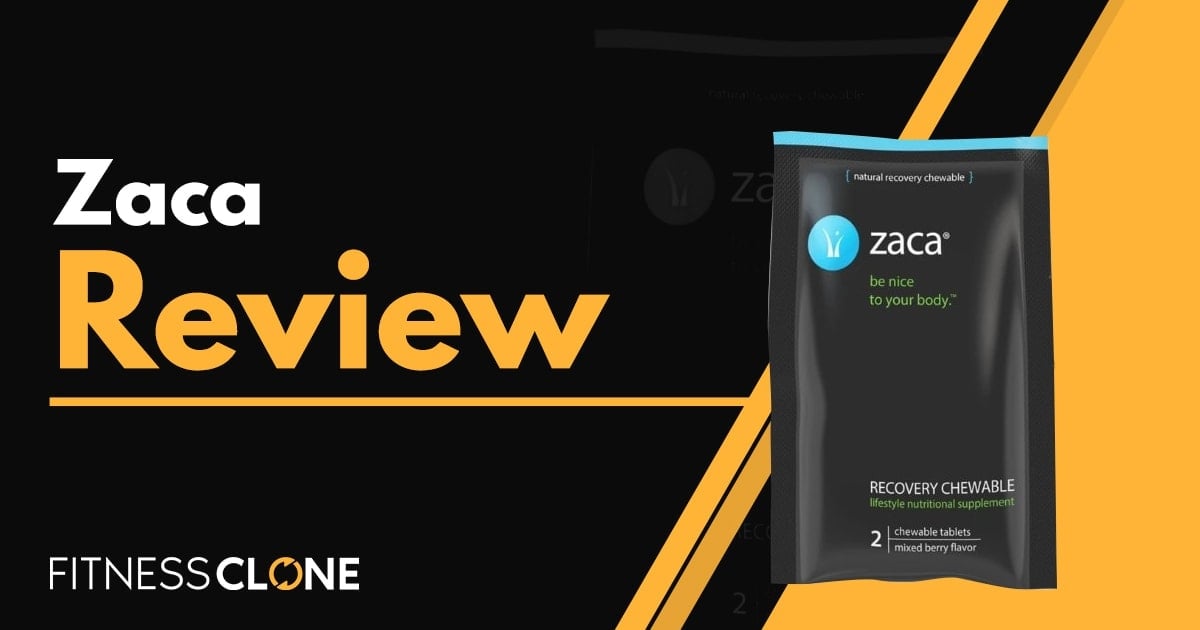 If you ever find yourself unable to cope the morning after a long night of drinking or are feeling dizzy after landing at a higher altitude, you may have experienced the desire to consume a medicine or a potion that would magically make all the symptoms disappear. Zaca supplements claim to have just that positive effect on your well-being. But do they really work? The following review is an attempt to ascertain if they do.

Zaca was founded in 2008 by brothers Mark and James Aleks. The two grew up in a small town west of Boston where life and sustenance revolved around farming and fresh produce. The duo started with a skincare company before they moved to Denver, where the seed for Zaca was founded. They began by first looking for natural solutions that would help people thrive in high altitudes. Gradually, the duo chanced upon ingredients that could cure a hangover, altitude sickness, and more, all while supporting the liver, respiratory and other psychological functions. By the time Zaca products had been released in the market, word had already spread of the health benefits of Zaca and customers were already lining up. But do the benefits really hold up? Let’s find out.

The Zaca supplements are available in three forms — chewable tablets, patches or kits. The following are some of the supposed benefits of the supplement:

The supplements are extremely easy to take. They come in either convenient chewable tablets or as patches that provide local relief within minutes. The tablets are sugar-free and can easily be fit in a purse or pocket.

The premium formula of the supplements allows you to bounce back faster from a night of drinking, altitude sickness and nausea. If you travel frequently, the supplement is a great way to stave off fatigue and keep you on your feet for important business meetings, even if they are back to back.

The supplements contain only natural ingredients which reduce the chances of side effects. The main ingredients in the formula contain Japanese raisin (Hovenia Dulcis) which helps with hangovers. The supplements also contain glutathione, a powerful antioxidant, and glutamine, for replenishing lost electrolytes.

The Zaca supplements only have natural ingredients that have been tried and tested over the years. In fact, one of the main ingredients in the Zaca chewable tablet is the Japanese raisin tree. The supplement company is one of the first in the market to introduce this herbal extract which has been shown to aid in improving hangover symptoms and also in detoxifying the liver.

Among its other ingredients are L-alanyl-L-glutamine (Sustamine®) which is an element that helps reverse the dehydrating effects caused by alcohol. The ingredient replaces lost electrolytes in the body and replenishes its energy reserve.

Prickly Pear is another important ingredient in the supplement. Prickly Pear is popular in many recovery supplements, such as Morning Recovery. Prickly Pear is a type of cactus that has several health benefits, especially for those with type-2 diabetes. The cactus extract is also high in antioxidants and has plenty of flavonoids to make you feel better after a night of indulgence.

L-Glutathione is another ingredient in the supplement that has properties associated with detoxification and has several other benefits that help boost immunity.

In addition to these ingredients, there are a few more ingredients that make up the Zaca patches. The patch includes milk thistle, a flowering herb that is used for treating liver problems; vitamin B1 or thiamine, a nutrient that is not created by the body naturally; lipoic acid for restoring important vitamin levels in the body, in addition to magnesium, vitamin C, B5, B3 and more.

Based on the ingredients that have been mentioned in the supplements, there seem to be several elements that have come together in the supplements to foster liver health and an agile mind. As above it has been described above, ingredients like Japanese raisin trees are rare additions that are not available in many other supplements in the market. The ingredient has been used in East Asian medicine for thousands of years and is especially effective as a hangover cure. Apart from that, the presence of ingredients like prickly pear, milk thistle, and other nutrients and vitamins ensure that the supplement is a cocktail of nutrition that is sure to wear down the effects of the cocktails you had the night before!

The supplement patches are also effective and are not meant only for nursing hangovers. Even if you are a frequent traveler and are prone to fatigue, slapping on the patch on your wrist should provide you with relief from fatigue, nausea, and symptoms of altitude sickness for six hours.

The claims that the company makes include that the supplements are meant to alleviate symptoms of altitude sickness, fatigue after a strenuous workout and hangovers. The supplements can be taken regularly and you can also take the chewable tablet while wearing the patch without any side effects.

Who Is Zaca Best For?

The supplements are best suited for frequent travelers, frequent partiers and those who like to hike up to altitudes. They are meant to help with altitude sickness and prevent fatigue and nausea from frequent traveling or if you had one too many drinks the night before. You can take the supplements on a plane or while hiking up a mountain or during or after a strenuous workout.

The supplements can even be administered to children, however, the manufacturers recommend giving it only to children above the age of 12 as the chewable tablets could be a choking hazard for children younger than 12.

Zaca Safety And Side Effects

The manufacturers claim that there are no side effects of the supplements. They are made entirely of natural ingredients and do not cause any harm to the body. However, they do warn against taking the supplements without consulting a physician if you are pregnant or are allergic to any of the known ingredients.

The ingredients that have been infused in the patches are Generally Recognized as Safe (GRAS), which is an FDA designation.

Where To Buy Zaca

The supplements can be purchased directly from the manufacturer’s website. You can simply create an account and add the supplements you require to your cart. Alternately, the supplements are also available on online retail sites like Amazon.com. There are also affiliates and influencers who have a tie-up with the brand so you will often be linked to the product page through their blogs and social media accounts.

The following is the pricing: 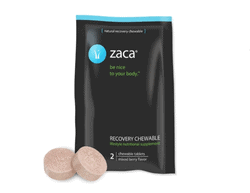 Get 15% off your first order of ZacaWe scour the web for the best deals on supplements. Want 15% off Zaca? Click the button below to get this deal!GET THE DEAL

From the review above, it is evident that the supplements have a lot to boast about. Moreover, they have natural ingredients that few other supplements have, they help abate a variety of symptoms related to fatigue, strain and alcohol consumption, and they are also known to be tasty, apart from being incredibly easy to use. Barring the few negative comments on the effects of the supplement, the Zaca supplements come highly recommended.

Flyby Recovery Review – Can This Supplement Fix Your Hangover?

LiveWell Collagen Review – How Do These Collagen Peptides Measure Up?

1Up Nutrition Her BCAA Review – Can This Enhance Your Physical Performance?

Combat Protein Powder Review – Is This MusclePharm Protein Worth Buying?