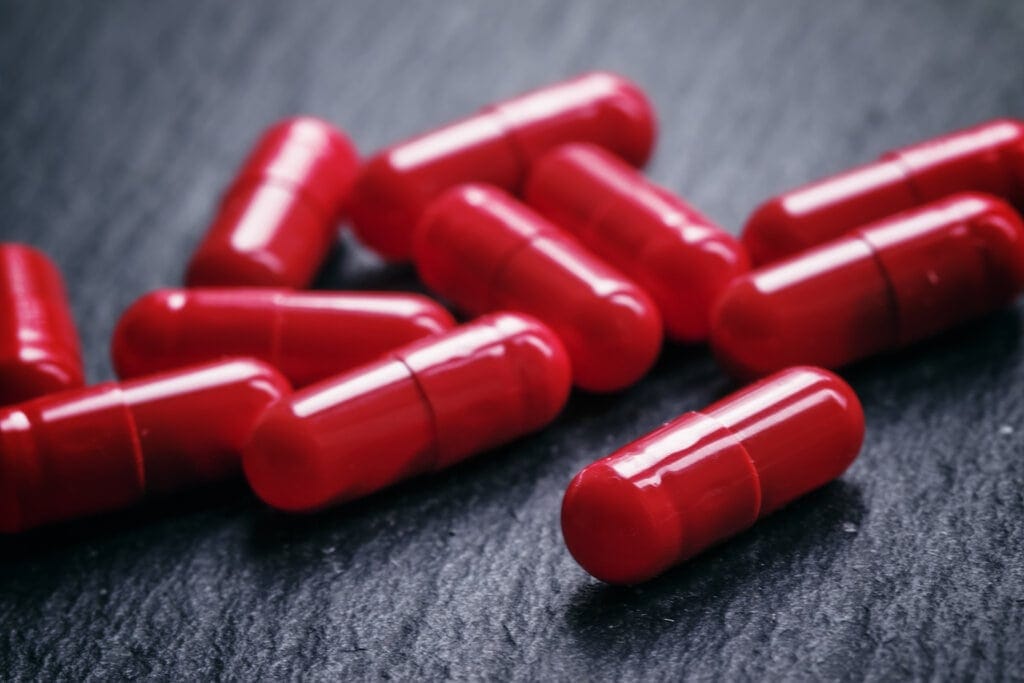 A good thermogenic fat burner can help you lose weight and burn off excess fat – that is, if you eat a proper diet and exercise regularly. Along with lifestyle changes, these supplements can boost your overall health and well-being.

While a healthy lifestyle and diet are always important, a solid fat burner can really help you get a jump on your fitness goals. That’s why it’s essential to get the best thermogenic fat burner you can to make the most of the benefits. Just like other supplements, though, thermogenic fat burners are not created equal – some work, some don’t.

Generally, thermogenic fat burners work by stimulating heat with your metabolism to accelerate it. In turn, this will accelerate the fat-burning mechanism of the body, hence the accelerated fat loss.

Some thermogenic fat burners also work by enhancing your exercise performance and/or by helping you curb your appetite – or a combination of these, for that matter.

Fat burners provide a variety of benefits including increasing your metabolism, curbing your appetite, and increasing your workout performance – all of which can help you burn fat. 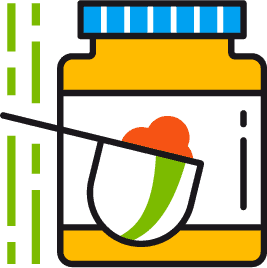 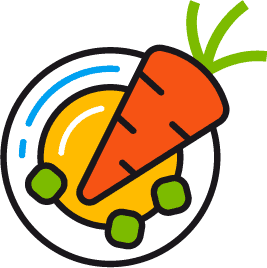 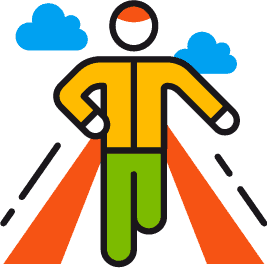 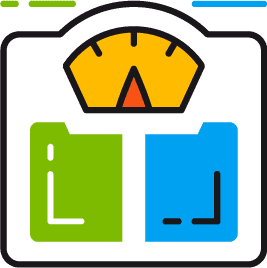 How to Choose the Right Supplement

While there are certainly countless options on the internet, not all work well. When looking for a fat burner, look for one that is made by a reputable brand that creates high-quality supplements.

Lack of research or quality oversight

At Fitness Clone, our goal is to provide you with reviews and recommendations you can trust. We have reviewed over 500 supplements and make sure to pay close attention to supplement formulations, ingredient quality, manufacturing practices, and company trustworthiness. Below are our top rated thermogenic fat burners. 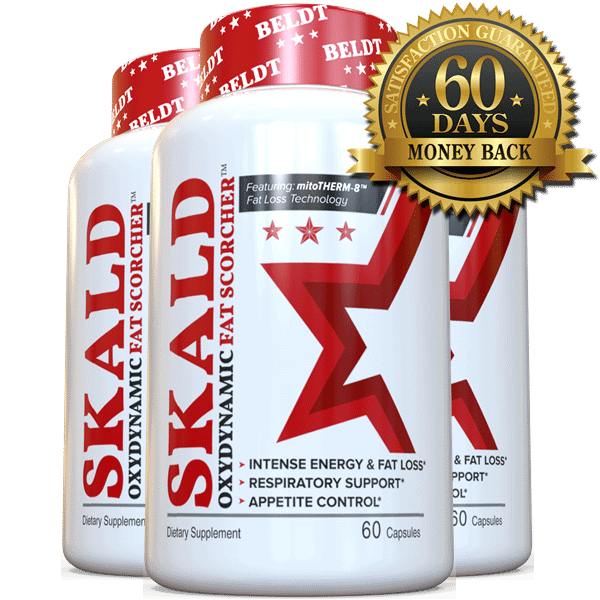 Can be a bit expensive without discounts

Skald is one of the best thermogenic fat burners out on the market. Its aim is to help you burn fat to lose weight and meet your fitness goals by increasing metabolism and curbing appetite. 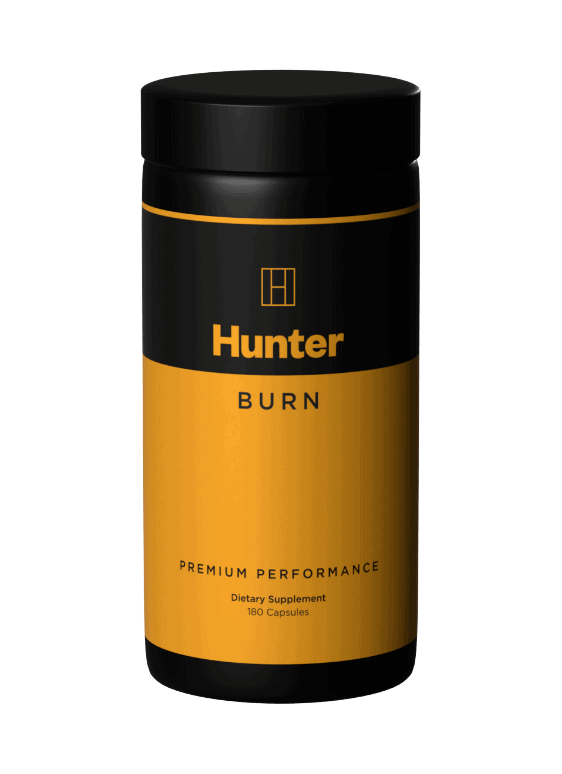 Includes matcha green tea, which is 3x stronger than other common types

Manufactured in the USA and UK

On the high-end for price

Health supplement company, Roar Ambition, is well-known within the fitness world, and their Hunter supplements are no different. That’s why Hunter Burn is a popular choice when it comes to fat-burning supplements.

Get The Best Deal On Hunter Burn 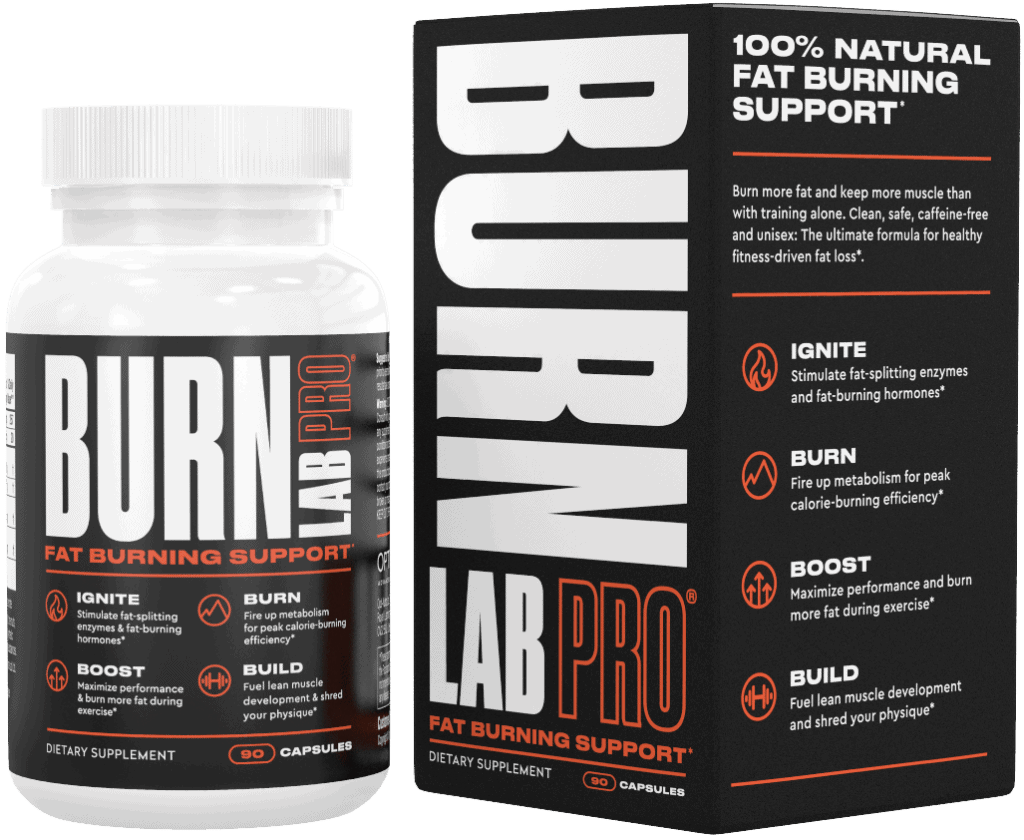 Designed for men and women

Burn Lab Pro is a fat-burning supplement designed by popular health company, Opti-Nutra Ltd. Opti-Nutra is well-known for their focus on providing clean and effective formulas, with Burn Lab Pro being no different.

Burn Lab Pro is designed to help you burn and shed more body fat with every exercise. and workout.

Get The Best Deal On Burn Lab Pro 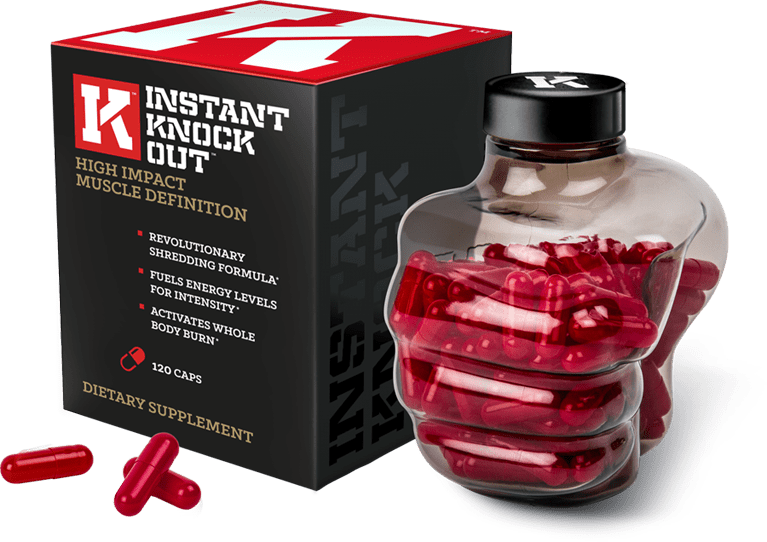 Formula is transparent with no proprietary blends

Includes B vitamins for energy production

Not vegan or vegetarian friendly – capsules are gelatin

Weight-loss and fat burning are the main benefits of Instant Knockout, but it also provides a boost in metabolism, reduction of hunger cravings, and increased energy levels.

Get The Best Deal On Instant Knockout

Transparent label with no fillers or dyes

Manufactured in the USA in a cGMP certified facility

Caffeine content can be high for those with sensitivity

Another one of the most talked-about fat-burners on the market is Burn XT. This fat burner is produced by Jacker Factory, a popular supplement company due to its dedication to research and clincially-backed ingredients.

Get The Best Deal On Burn XT 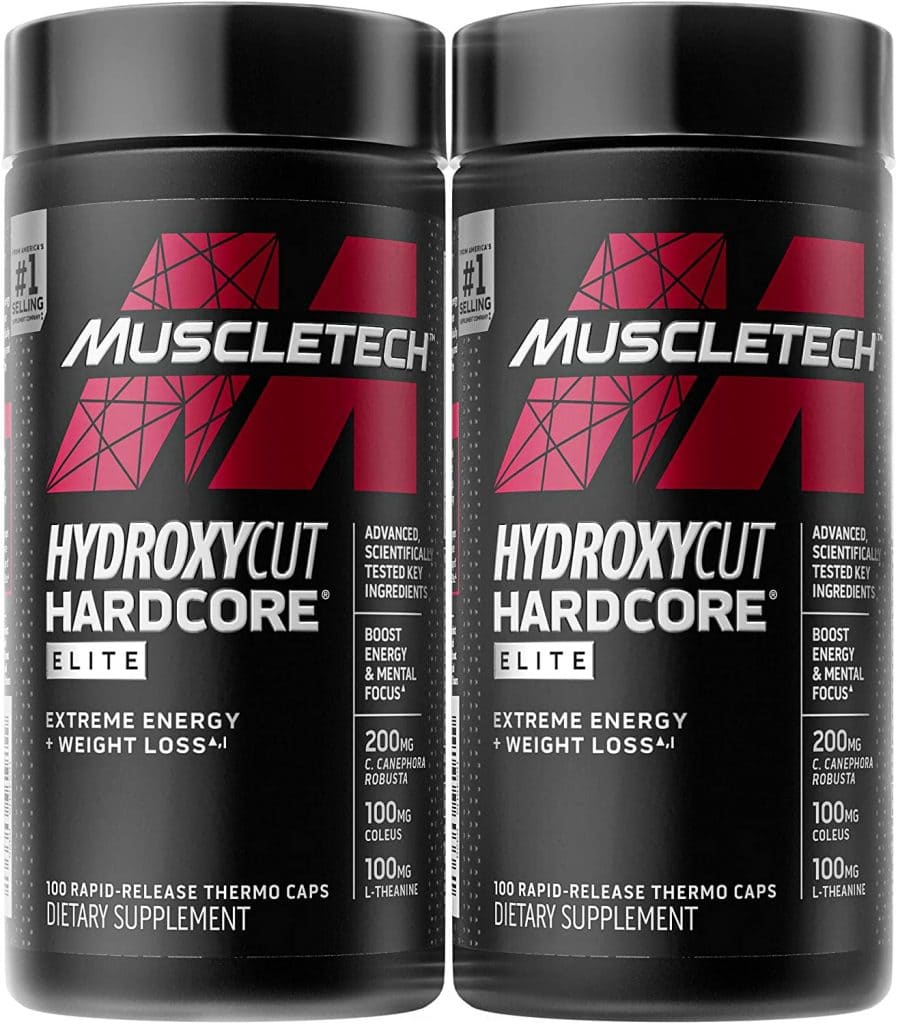 Contains a solid amount of caffeine for increased energy levels

Provides a boost to metabolism

One of our favorite fat burners has to be Hydroxycut Hardcore. This fat burner is designed for hardcore weight loss, as well as providing a boost to energy for intense workouts and exercises.

Hydroxycut Hardcore contains three blends which all include a variety of weight-loss promoting ingredients. These ingredients include caffeine anhydrous for higher energy levels, as well as L-theanine, cayenne pepper, and green coffee extract, amongst others. Additionally, each ingredient is backed by clinical-research to ensure effectiveness.

Get The Best Deal On Hydroxycut Hardcore 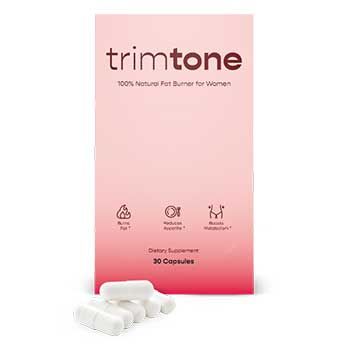 Includes a simple and transparent formula with 5 key ingredients

Convenient dosage of only 1 capsule per day

Caffeine content may be high for those who are sensitive

TrimTone is a popular women’s fat burner that has many in the fitness world talking. This fat burner is 100% all-natural and is designed to burn fat, reduce cravings and appetite, and boost metabolism.

TrimTone is easy to use with a dosage of 1 capsule per day that stimulates thermogenesis and provides 24/7 fat burning.

Get Up To 2 Months Of TrimTone Free

What exactly are thermogenic fat burners?

The word “thermogenic” may sound fancy, but in reality, it simply meant “heat-producing.” In this regard, thermogenic fat burners are supplements that increase heat with your metabolism, causing it to speed up and make fat-burning more efficient.

What are some key ingredients in thermogenic fat burners?

The key ingredient of thermogenic fat burners are their thermogenic compounds – these are any substance that can naturally stimulate heat within your body.

How do thermogenic fat burners work?

Generally, thermogenic fat burners work by stimulating heat with your metabolism to accelerate it. In turn, this will accelerate the fat-burning mechanism of the body, hence the accelerated fat loss.

Some thermogenic fat burners also work by enhancing your exercise performance and/or by helping you curb your appetite – or a combination of these, for that matter.

Here are some of the most common side effects associated with thermogenic fat burners:

Should you try a thermogenic fat burner?

Thermogenic fat burners are supplements that can help you burn fat by increasing the metabolism of your body, which in turn increases the fat-burning mechanism of your body. These fat burning supplements will lead to suppressed appetite, which aids in fat loss and can ultimately help out with other health problems. 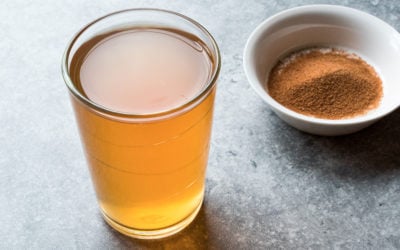 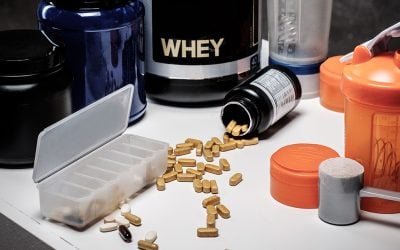 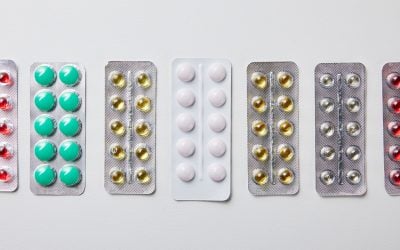 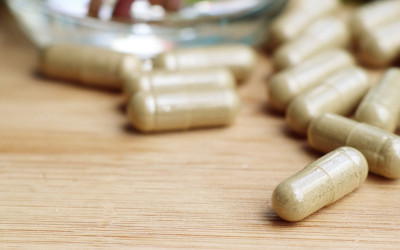 Searching for the very best vegetarian fat burners? We’ve done the research for you! Check out our complete guide to see the 5 top choices. 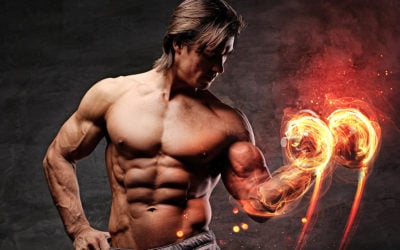 Looking for the best fat burner? Our complete and thorough guide has the 5 top picks that can help you burn away fat. 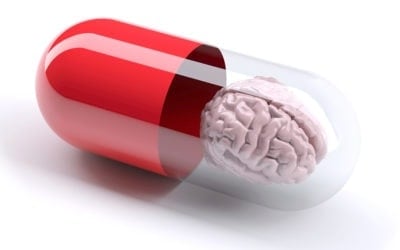 In search of the best nootropics? We’ve done all the research! Check out our complete and thorough guide to learn more about the top 6 picks.