Best Glutathione Supplements – The Mother Of All Antioxidants 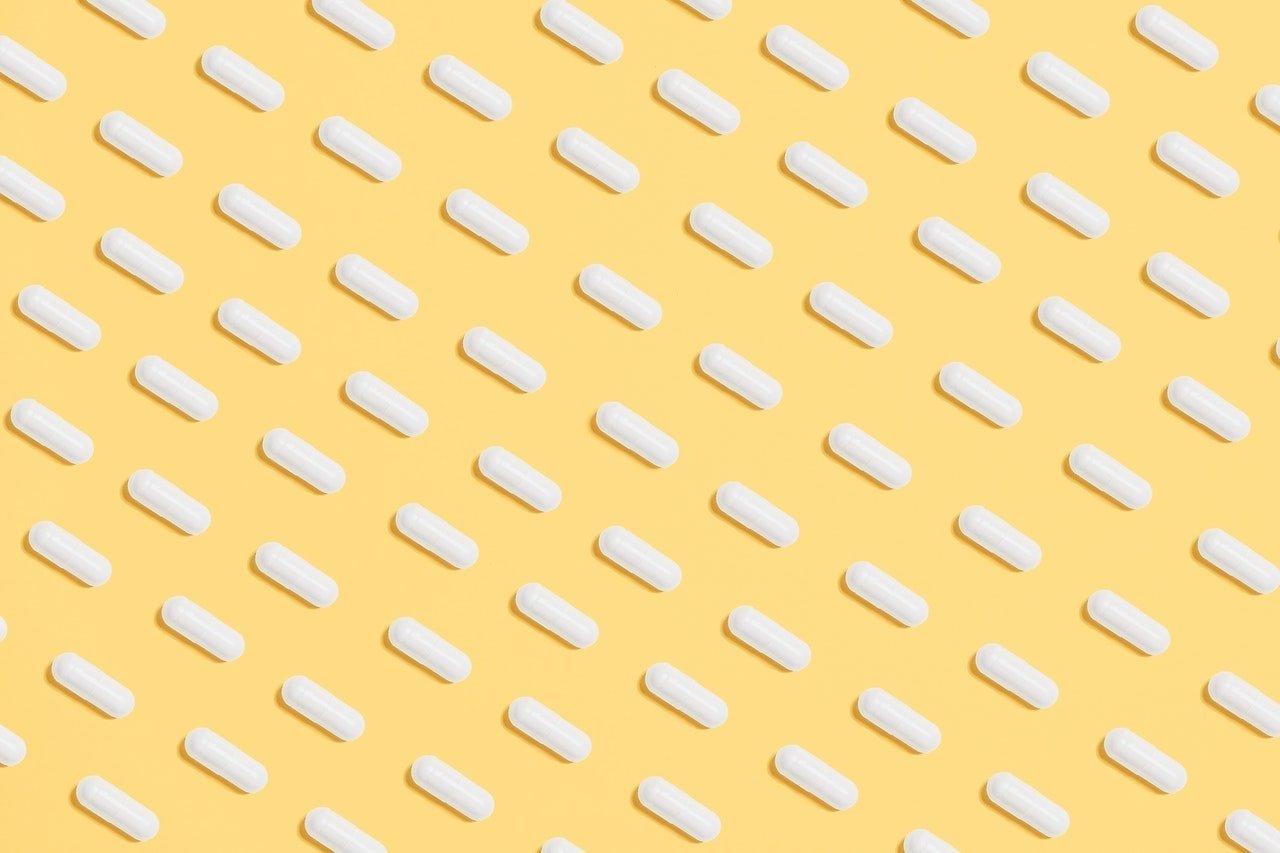 In our “Best of” articles, we have reviewed supplements that support various systems, that promote healthy bodily functions, which may increase desired results, such as increased muscle mass, that enhance other things such as fat loss. Supplement manufacturers craft these statements to ensure they fall within FDA guidelines and then add a disclaimer, such as:

“These statements have not been evaluated by the FDA. This product is not intended to diagnose, treat, cure, or prevent any disease”?

In this article, we will review one of the most potent molecules and its system’s function within your body. The subject of this article, glutathione, has been featured in a vast number of peer-reviewed medical studies researching its impact on everything from free radical damage and oxidative stress to cancer and stroke. These are not clinical trials performed by supplement manufacturers; rather, they are studies conducted by the medical community to determine glutathione’s impact on serious illnesses and conditions.

Glutathione is such a potent free radical scavenger it has been named the Mother of all Antioxidants. But before we drill down on glutathione and talk about the best glutathione supplements, we will provide a quick refresher on the Free Radical Theory of Aging and oxidation. 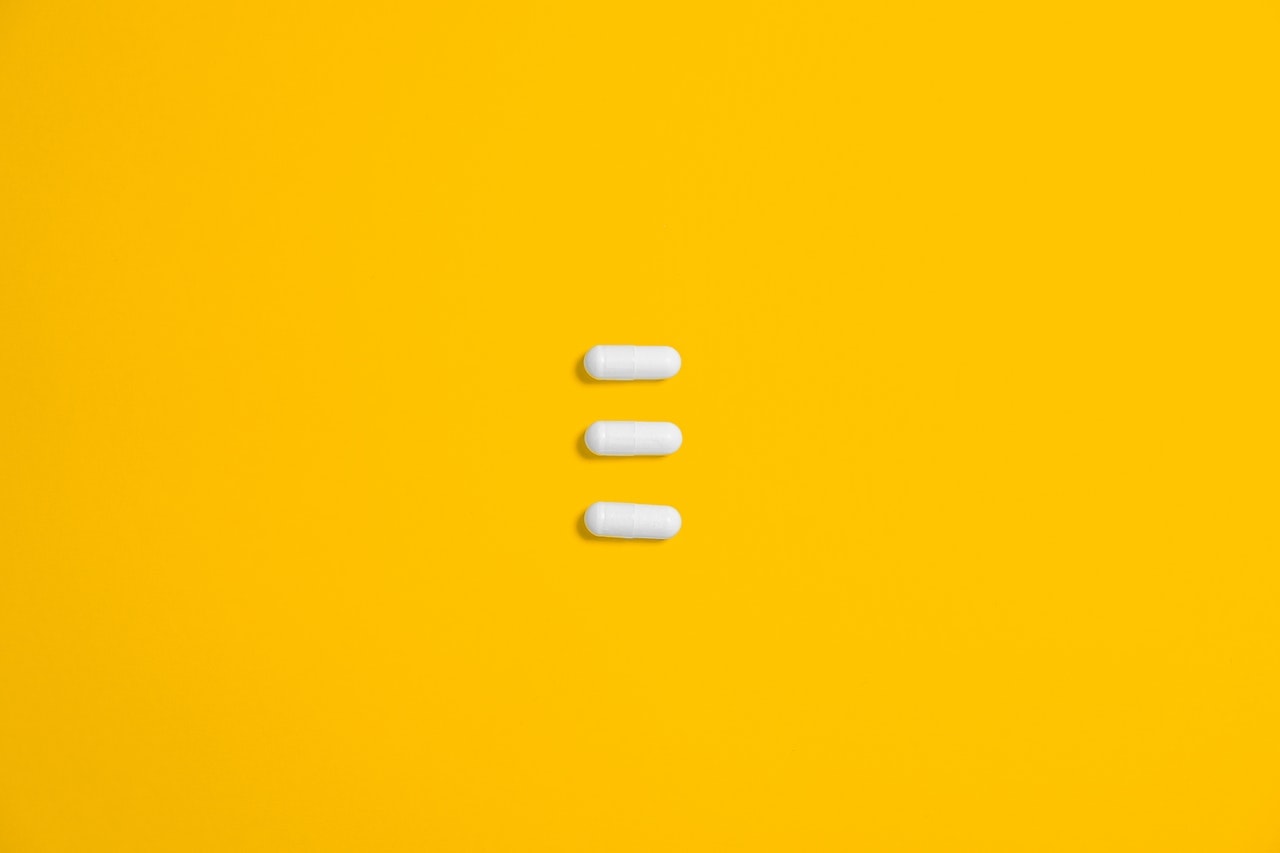 The Free Radical Theory Of Aging

The free radical theory of aging was initially described in the 1950s by Denham Harman, Professor Emeritus at the University of Nebraska Medical Center. The theory proposed that organisms age due to accumulated oxidative damage. Although more recent clinical studies dispute the extent of free radical damage, Harman’s theory remains the most popular concept in the area of aging, with thousands of articles published every year.

One of the most damaging aging processes is oxidative stress due to free radicals. When one thinks of oxidation, think of it as rusting, from the inside out.

So, what exactly is a free radical? They are molecules, like toxic waste in your cells. They are produced from environmental toxins, and other sources such as stress, pollution, smoking, alcohol, excessive exposure to the sun, even intense exercise.

Free radicals inflict damage on our cells as they roam through our bodies interfering with normal cell function. They are considered unstable molecules because they have a single unpaired electron. Searching for electrons, they latch on to any other nearby molecule and damage it by changing its shape, which renders it useless and sometimes dangerous. This process, in effect, creates a chain reaction where each new unpaired electron passes on unpaired electrons to other victims, creating further damage.

As we age, the cellular structures that keep free radicals under control begin to degrade, resulting in oxidative stress. This degradation occurs when too many free radicals exist, and your cells are too sick or too old to neutralize the damage.

Enter Glutathione – The Mother Of All Antioxidants

Glutathione (GSH) is a relatively simple molecule produced in our cells, which is essential for maintaining intracellular health. This incredibly versatile antioxidant consists of three amino acids, glutamine, glycine, and cysteine. Although produced in our liver, glutathione is also found in foods such as fruits, vegetables, and meats.

Glutathione deficiency has been linked to Alzheimer’s, cancer, diabetes, heart attack, liver disease, and stroke. Factors contributing to a deficiency include environmental toxins, poor diet, stress, over-exercising, alcohol, and glutathione levels decline with age. As we know from Dr. Harmon’s Free Radical Theory, aging, and the diseases associated with aging, are indeed partly due to our inability to defend ourselves against oxidative stress.

In a medical setting, a glutathione deficiency may be addressed intravenously, topically, or as an inhalant. In the natural products space, glutathione is available as an oral supplement, in liposomal, liquid and nano-liquid technology, as well as capsule form. A point of debate in this article is the efficacy and bioavailability of supplementing with glutathione. 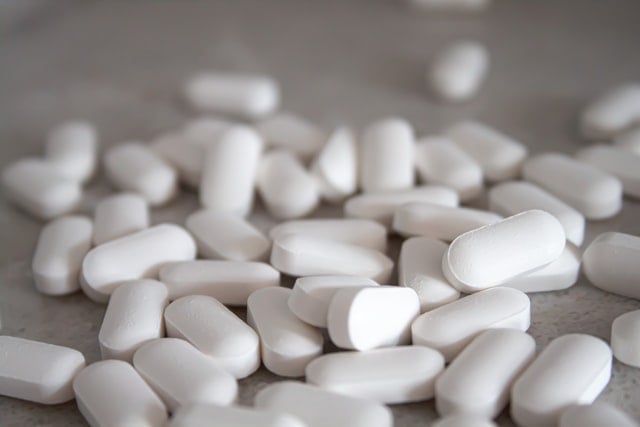 The glutathione system includes two forms of glutathione, reduced (GSH) and oxidized (GSSG), enzymes required for its synthesis and recycling, and additional enzymes critical for its role in combatting free radical, oxidative damage. Although glutathione is continually recycled in the body, the system is often overwhelmed by toxins or stressors. 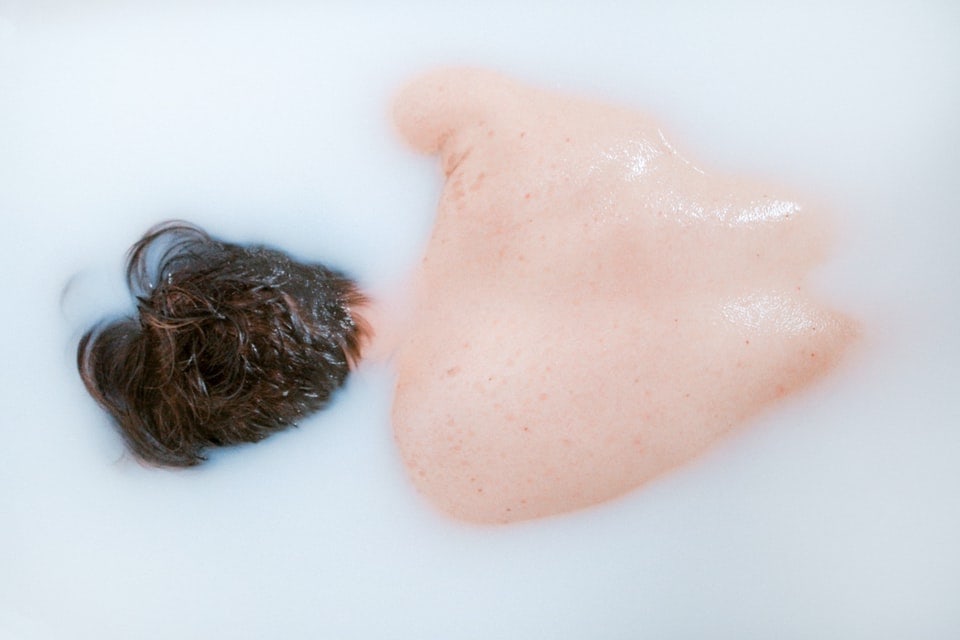 Are You Glutathione Deficient?

Each of your cells contains glutathione, serving an essential role in vital metabolic processes in your body. This Mother Antioxidant deactivate molecules involved in the aging process, prevents DNA damage, and combats free radical damage. Without glutathione, your cellular function would be inhibited, and your body would be over-burdened by toxicity.

Below are some warning signs of glutathione deficiency:

If you feel you may have a deficiency, we recommend you discuss it with your health professional. They can order tests to determine glutathione levels in your red blood cells, and if indicated, develop a plan to protect you from unnecessary damage and aging. 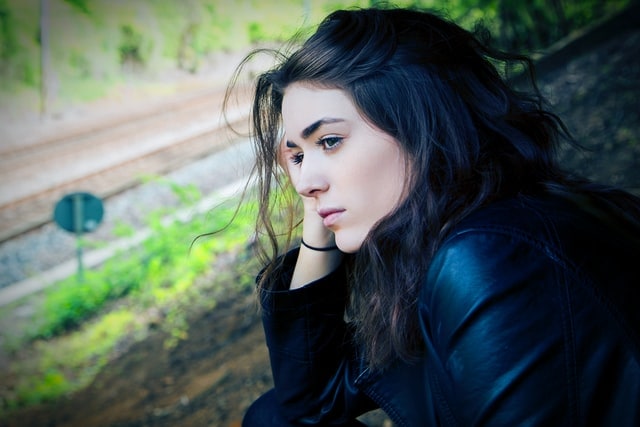 As you will see, glutathione supplements are varied in terms of ingredients and delivery systems. The manufacturers are quick to adopt the Mother of All Antioxidants to describe their products. They correctly cite glutathione’s ability to cleanse free radicals and toxins from our system and to recycle and recharge other antioxidants in our bodies. Most suppliers even seem to agree that glutathione supplements are suspect in terms of absorption and bioavailability.

Most clinical trials of glutathione supplements have been conducted by the product’s manufacturer, or in the case of trademarked ingredients, the ingredient manufacturer. Trial sizes are small, and most carry a relevant conflict of interest statement. The primary focus of these trials is on absorption and bioavailability.

One Journal of Alternative and Complementary Medicine study indicated that glutathione serum levels were unchanged in participants after supplementing with a 500 mg dose for four weeks.

That said, there have been more than 94,000 peer-review medical articles exploring glutathione, the glutathione system, and its impact on health. A well-functioning glutathione system contains proteins and enzymes that bind and move toxins and heavy metals out of the body. Glutathione is present in every cell of our bodies, and concentrations are particularly high in the liver, where glutathione binds to toxins to ensure they’re removed or excreted.

Glutathione not only combats free radicals; but helps recycle and regenerate other critical antioxidants, such as Vitamin C and Vitamin E. GSH also helps to regulate our immune responses and is vitally important in addressing inflammatory conditions.

Glutathione has been exhaustively studied by the medical community to determine its impact on various illnesses. These studies indicate the role of glutathione in the following conditions:

Additional benefits of glutathione include:

Will Glutathione Benefit Me?

Although troubled by the controversy surrounding the bioavailability of glutathione supplements, we strongly endorse developing a regimen to increase this master antioxidant in your body. Those suffering from a deficiency, or those seeking to offset age-related glutathione decline will benefit the most.

We provide tips to augmenting your natural production of glutathione in the Alternatives section below.

As always, we recommend consulting with your medical professional before adding a glutathione supplement to your regimen.

Fortunately, your natural glutathione production can be supported by certain foods and other supplements. We promised to address a glutathione-boosting regimen, and here are our supplement tips:

Your body doesn’t absorb glutathione well from foods – as cooking and pasteurization diminish its benefits. That said, there are foods high in amino acids and sulfur that will boost your natural levels:

When selecting the best glutathione supplements, we scoured the market for brands that adhere to the following:

Our top choice for glutathione supplements is RKMD OGF. Rob Keller MD’s Original Glutathione Formula is a glutathione supplement designed to replenish antioxidant defenses and boost the immune system. This supplement includes different compounds that are known for enhancing the antioxidant levels within the body. Its ingredients include l-glutamine, n-acetyl cysteine, and alpha-lipoic acid; these activate nrf2 which tells your body to naturally produce glutathione.

GET THE BEST PRICE ON RKMD OGF

Life Extension is one of our most trusted companies in the anti-aging space. They adhere to all our criteria regarding cGMP manufacturing processes and independent third-party testing. Their Glutathione, Cysteine and C product contains Setria® L-Glutathione, 500 mg of Vitamin C, and 50 mg L-Cysteine Hydrochloride. The Setria L-Glutathione is a trademarked ingredient, a tripeptide containing glutamate, cysteine, and glycine. As you will remember, these are the amino acid precursors to glutathione.

GET THE BEST PRICE ON LIFE EXTENSION GLUTATHIONE, CYSTEINE, & C

Contains 50 mg of glutathione (GSH), a vital element of the liver’s detoxifying process, 100 mcg of molybdenum, and 1.6 mg of CoenzymatedÃ¢ ¢ vitamin B-2 (riboflavin). Research indicates that molybdenum activates the enzymes aldehyde oxidase and sulfite oxidase, and riboflavin is the precursor for FAD, a coenzyme that recycles GSH.

Source Natural’s science-based approach to supplementation gives us added confidence in the brand.

GET THE BEST PRICE ON SOURCE NATURALS REDUCED GLUTATHIONE COMPLEX

All NutraVein products are manufactured in cGMP certified facilities in the U.S. We were impressed with the patented ingredient, Setria, the dosage 700 mg per serving, and the delivery system, liposomal. This supplement provides benefits such as enhanced immune support, reduced inflammation, and cardiovascular health support.

GET THE BEST PRICE ON NUTRAVEIN LIPOSOMAL GLUTATHIONE

It’s all about the absorption with Nanoceutical Solutions. In a unique approach, their patented technology uses nano-sized particles. Their claim, 85% of each dose directly reaches the bloodstream within only 90 seconds.

They meet all our criteria, a patented delivery system, cGMP facilities in San Antonio, TX, a money-back guarantee, and non-GMO, gluten-free, and vegan friendly.

GET THE BEST PRICE ON NANOCEUTICAL SOLUTIONS NANO GLUTATHIONE

Stacking Other Supplements With Glutathione

There are numerous options for stacking glutathione with other supplements based on your objectives. We would first recommend stacking with glutathione’s amino acid precursors glutamine, cysteine, and glycine to address the goal of naturally boosting glutathione production through supplementation. We also believe stacking with Whey Protein, Vitamins C, E, and B, Milk Thistle, Selenium, and ALA will have beneficial results.

To Summarize: Glutathione Supplements And Your Health

One cannot dispute the many benefits of glutathione. Although concerned about the bioavailability of glutathione alone, we think that those supplements with more unique delivery systems, when combined with amino acid precursors, offer the best potential for increasing this Mother of All Antioxidants.

What Is An AMPK Activator? – A Thorough Look At What This Supplement Can Do

What To Eat After Fasting? – The Right Way To Break Your Fast

Intermittent Fasting Vs. Keto – Which Is The Better Diet?

The Ultimate Guide to the Vegan Diet