Chemix Cortibloc Review – Should You Use It For Cortisol Control? 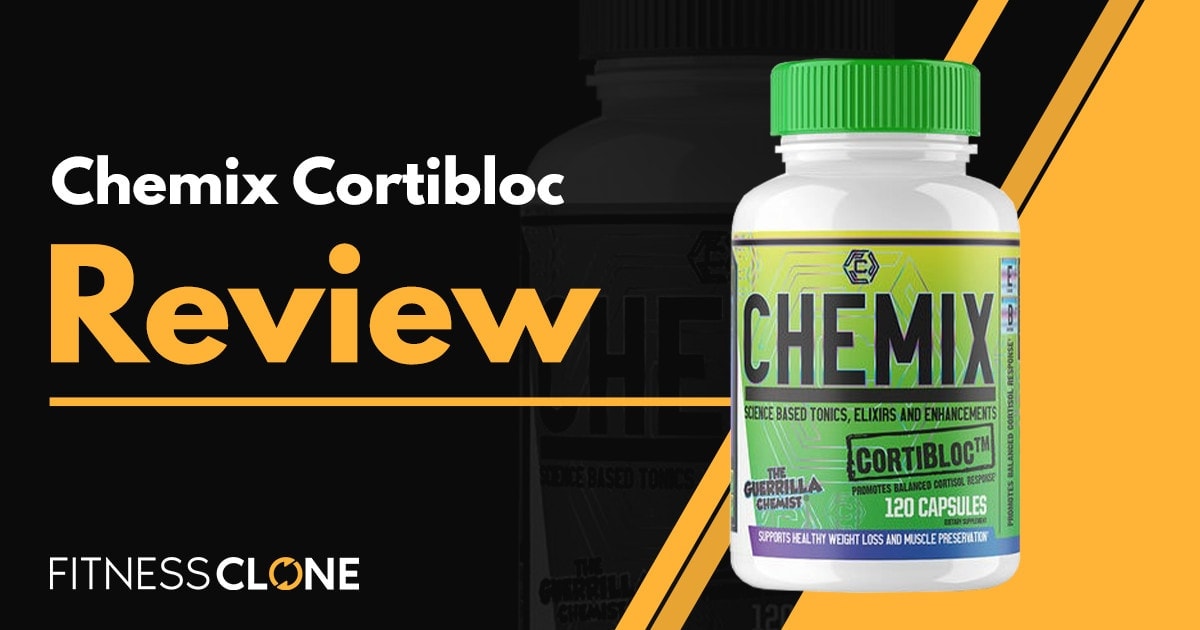 Do you feel stressed out? If you’re in the modern world, I’m betting you do. After all, there are many things in society that can increase stress levels, whether it’s a demanding job, lack of sleep, poor diet, and so forth. Even athletes, weightlifters, and intense exercisers can be at risk for high stress simply because of the demanding training regimens.

With all the issues in today’s society leading to more and more stress, there also comes other problems such as weight gain, loss of muscle, and just an overall poor mood. With all of these problems and the high stress that typically accompanies the modern world, some people are looking for specific supplements to help lower stress, stay in shape, and feel better. So let’s take a closer look at one such supplement called Chemix Cortibloc. In this Chemix Cortibloc review, we’ll dive into this supplement’s ingredients, claims, pricing, and more to see if it is truly the one worth buying.

Ready to find out if you should add Chemix Cortibloc to your routine? Let’s get started!

Cortibloc, created by Chemix, is a product designed to reduce stress primarily through cortisol reduction. This product is ultimately designed to help you control your stress levels and support fat loss, especially if you’re also someone who likes to work out intensely on a regular basis.

Chemix Cortibloc is supposed mitigate the effects of stress on your central nervous system and the rest of the body, leading to a less stressed, healthier version of yourself.

So, the main claimed benefit of Chemix Cortibloc is that it will reduce stress levels (cortisol). Additionally, Chemix Cortibloc is supposed to help you lose unwanted body fat, improve adrenal gland function, boost energy levels, and improve mood. All of these “extra” benefits also center around cortisol reduction. Since excessive cortisol can impair cardiometabolic, cognitive, psychological, adrenal, immune system, and many other bodily systems, the logic is that reducing cortisol should lead to improvements in these other areas. And this all makes sense, but to find out if Chemix Cortibloc can actually do these things, read on below!

Chemix Cortibloc contains only two ingredients, and it really only has one major player. The ingredients are:

(These amounts are based on one capsule. Suggested use is to take one capsule twice daily.)

The main ingredient in Chemix Cortibloc designed to produce all of the benefits is Emodin. Emodin is an anthraquinone, which is a compound usually isolated from various Chinese herbs. Its primary effect is inhibition of the 11Î²-hydroxysteroid dehydrogenase 1 (11Î²-HSD 1) enzyme. This is important because this enzyme usually is responsible for converting cortisone into cortisol, particularly in the liver, gonads, fat tissue, and brain. And excessive amounts of this enzyme are related to increased body fat, insulin resistance, hyperglycemia, and other factors that increase the risk for body fat accumulation.

So, since Emodin inhibits this enzyme, it should lead to decreased cortisol, especially in the specific parts of the body mentioned. In turn, as some research has shown, this may lead to lower cortisol, reductions in body fat, and overall improved metabolic health. Beyond this, though, Emodin has also been found to offer many other health benefits, including neuroprotective, liver-protective, anti-cancer, anti-inflammatory, antidiabetic, and many other effects, all likely having something to do with cortisol reduction in the tissues of relevant body areas.

In summary, Emodin works by blocking an enzyme that would otherwise convert cortisone to cortisol, thus leading to lower cortisol and, thus, better health and function, in key areas of the body.

The other ingredient in Chemix Cortibloc is bioperine, which is a trademarked black pepper fruit extract. Bioperine is often used to enhance the bioavailability of many ingredients so that users can get a more effective dose. It does this by stimulating or inhibiting various metabolic enzymes and/or drug transporters, depending on the dose. And research shows that Bioperine is also able to enhance the bioavailability of Emodin.

Based on the information available, it is likely that Chemix Cortibloc will work. It includes really just one main ingredient, but it is a pretty powerful one. Emodin is a well-researched compound known to reduce cortisol and offers many other benefits related to that reduction. Additionally, Bioperine will most likely enhance the absorption of Emodin, likely leading to even better benefits. The only issue is that most of the research done on Emodin has been in mice, so there is a chance it won’t work as well in humans.

With Chemix Cortibloc, not only are you to expect cortisol reduction, but you are also supposed to experience fat loss, better adrenal health, more energy, and a better mood. Based on the research with Emodin, these are all likely to occur. Emodin has been proven to reduce cortisol, mainly by blocking the conversion of cortisone to cortisol. And since it particularly blocks cortisol production in the brain, liver, fat tissue, and gonads, this means that you’ll likely experience benefits related to those areas.

So, with cortisol reduction in the brain, you can expect a better mood and more energy. With reductions in fat tissue you can expect lower body fat. Reducing cortisol in the liver probably means better detoxification and greater overall health. And lower cortisol in the gonads will likely lead to better sexual hormonal health. Again, I’d like to see more research in humans, but it is promising.

Who is Chemix Cortibloc Best for?

Chemix Cortibloc is best for anyone struggling with suboptimal health related to excessive cortisol. This product is best for people who have a high-stress lifestyle, whether that’s from intense exercise/training, a demanding job, poor diet, lack of sleep, and so on.

I do want to add, though, that for the factors you CAN control (e.g. diet), you should try to make healthier choices in those areas in addition to supplementing. Supplementation is never a magic answer, but Chemix Cortibloc can be a nice supplement to the other efforts you make to be healthy and reduce stress.

There are a few potential side effects of Chemix Cortibloc to look out for. Mainly, the ingredient emodin in this product can cause nausea, diarrhea, vomiting, and poor appetite. Also, Bioperine is usually safe, but this product includes a lot more than the typical dose of 5 to 20mg, so the effects are unclear.

Where to Buy Chemix Cortibloc

If you want to try Chemix Cortibloc out for yourself, you can buy it on the official Chemix website here. 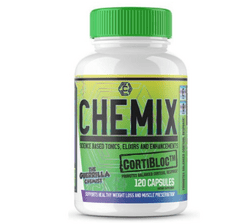 The price is $54.99 per bottle, and each bottle of Chemix Cortibloc contains 60 servings, so you’re paying about one dollar per serving. That is a pretty affordable price for a product of this nature.

Moov Now Review – Is This Fitness Tracker A Work Out Must Have?

BrainZyme Review – How Does This Nootropic Compare?

The Protein Works Creatine Monohydrate Review – Is It Effective?

BUBS Naturals Collagen Protein Review – How Does it Compare?

QardioArm Review: A Look at This Wireless Blood Pressure Monitor

Performance Lab Omega-3 Review – Should You Take This Supplement?