Altai Balance Review – Is This Blood Sugar Support Supplement Worth It? 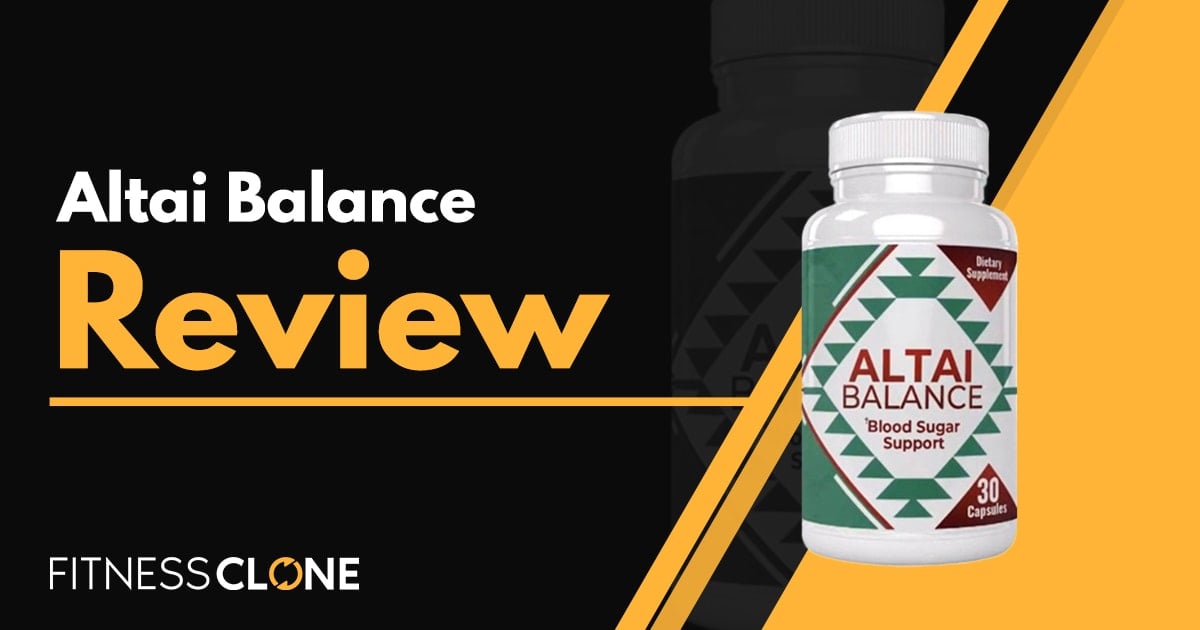 As you probably know, obesity and weight gain have been steadily increasing in nearly all modern societies. And with this comes many potential health issues, such as poor insulin sensitivity and suboptimal blood sugar levels. Of course, poor blood sugar functioning can also increase the risk for obesity, so it’s a pernicious cycle to get into.

That’s why taking the right steps to manage your blood sugar and healthy weight are essential, including not only diet, exercise, and stress reduction, but also supplementation in some cases.

Of course, you only want supplements that are actually evidence-based and effective. So let’s take a look at one specific blood sugar and weight support supplement called Altai Balance. In this Altai Balance review, we’ll give you a thorough look at everything you need to know about this supplement, from its ingredients to claims and more.

Ready? Let’s get started with this Altai Balance review!

They say that one of the major causes of unhealthy blood sugar is particulate matter, which is a term for airborne toxins, which can enter the bloodstream and damage your cells. That’s why Altai Balance is specifically designed to target the damage from particulate matter so that you can rid these toxins out of your body and, in turn, support healthy blood sugar levels.

Plus, some of the ingredients are known to offer other benefits, such as decreasing inflammation and free radical damage, and improving digestion.

Overall, Altai Balance is advertised to get your blood sugar levels back where they need to be. But will this product really work? Let’s continue on to find out.

There are 19 different ingredients in Altai Balance. Below is what’s in each 1-capsule serving.

The first ingredient in the Proprietary Blood Sugar Formula is taurine. Taurine is an amino acid that plays roles in glucose and lipid regulation, energy metabolism, inflammation, and other effects. Research has shown that taurine supplementation can help reduce blood sugar and hemoglobin A1C (HbA1c) and improve insulin resistance. Plus, it offers anti-inflammatory and antioxidant effects.

Licorice, in its true form, is actually an herb, not the candy you’re thinking of! Various compounds in licorice root are shown to lower blood sugar and improve fat metabolism, and it may be beneficial for insulin resistance, impaired fat metabolism, and diabetes.

A common household spice, cinnamon also has many medicinal uses. Cinnamon is known to be able to reduce blood sugar and improve insulin sensitivity in some individuals. And research shows that cinnamon can reduce blood glucose levels in diabetes patients but may not be as beneficial for improving insulin resistance or HbA1c.

Yarrow is a widely used medicinal plant, largely for the treatment of wounds and infectious diseases. Indeed, research does show that yarrow has anti-inflammatory and wound-healing effects. Plus, some research shows yarrow can reduce blood sugar levels and improve insulin sensitivity.

The next ingredient is cayenne pepper, which is known primarily for its hot and spicy content. It contains capsaicinoids, which provide numerous health benefits. For example, capsaicinoids in cayenne pepper can reduce oxidative stress and inflammation, improve endothelial function and vascular health, lower blood pressure, reduce blood glucose, and improve insulin sensitivity.

Cayenne is also a popular ingredient in many fat burners, such as Nugenix Thermo and Grenade Thermo Detonator, as it may help boost thermogenesis and fat metabolism. These benefits can make cayenne particularly useful for many cardiometabolic diseases, such as diabetes, hypertension, obesity, and cardiovascular disease.

Now let’s look at juniper berries. These berries from the Juniper tree are high in antioxidants and anti-inflammatory compounds. Plus, some research shows that juniper extracts can reduce blood sugar and blood lipids, and, therefore, may be useful in diabetes and other metabolic disorders.

The next ingredient is Gymnema. It is commonly known as “gurmar,” which means sugar destroyer. This is because Gymnema is able to suppress the sweet sensation, and it also has the ability to balance blood sugar, control sugar cravings, and even help to regenerate the pancreas.

So, it’s no wonder why it’s often used in diabetes. Other benefits include improvements in cholesterol and triglyceride levels, bodyweight reduction, and anti-inflammatory effects, among other things.

Another leaf extract in Altai Balance is from banaba (not to be confused with the yellow fruit we all eat). Banaba leaf is primarily known for its high concentration of corosolic acid, which is known to help lower blood glucose levels.

Various studies have shown that banaba leaf extracts are effective for lowering blood sugar and improving insulin function. Plus, banaba leaf has anti-inflammatory, antibacterial, antiviral, antiobesity, and other effects.

Bitter melon is a fruit that sort of resembles a cucumber, but it grows in various tropical areas. Historically, it has been known as “vegetable insulin.” And research can back up this term since various studies show bitter melon can improve insulin sensitivity and increase glucose uptake into the cells, thereby lowering blood glucose.

Plus, bitter melon can even stimulate the pancreas to release more insulin. Other benefits include digestion enhancement, anti-inflammatory effects, and increased thermogenesis.

White mulberry leaf also has a long history of medicinal uses. Extracts from its leaf are rich in various phytochemicals that can inhibit alpha-glucosidase, which then helps to inhibit glucose digestion and lowers levels of blood glucose.

And there are other mechanisms by which white mulberry leaf improves insulin sensitivity and blood sugar control, plus it can reduce inflammation and oxidative stress.

Moving on from the herbal and plant extracts, we have alpha lipoic acid. This is a compound found naturally in foods and is also made in the body. It helps to break down carbohydrates, and research shows it can help to improve glucose metabolism. Studies have also found that alpha lipoic acid can enhance the health of beta cells in the pancreas, improve HbA1c levels, and even decrease markers of inflammation.

The last ingredient in the Proprietary Blood Sugar Formula is vanadyl sulfate, which is a mineral-based compound. Vanadyl sulfate has blood sugar-lowering effects and can also protect against oxidative stress and damage to the pancreas, while also increasing insulin sensitivity and function.

In addition to the main ingredients, Altai Balance also has vitamins and minerals. For vitamins, it has vitamin C, vitamin E, and B7 (almost always referred to as biotin).

Both vitamin C and vitamin E are powerful antioxidants that can neutralize free radicals and oxidative stress on the body. Some research shows that these vitamins may also improve glucose and insulin levels, as well as HbA1c, but more research is needed to fully prove it.

Finally, there are four minerals in Altai Balance: magnesium, zinc, manganese, and chromium.

Deficiencies in zinc, magnesium, and chromium are often seen in diabetic patients.

Chromium supplementation is beneficial since it’s involved in fat and sugar metabolism, and research shows it can lower glucose and improve insulin sensitivity and function as well as HbA1c.

And the other three minerals (magnesium, zinc, and manganese) all play similar roles in glucose metabolism and can also help to lower blood sugar and improve insulin sensitivity.

Plus, some of these minerals offer antioxidant and anti-inflammatory effects.

Based on the evidence, it looks like Altai Balance has a lot of potential to be a powerful blood sugar-regulator and overall health promoter. All of the ingredients are well-researched and proven to lower blood sugar and improve many aspects of diabetes.

And some of these ingredients can improve fat metabolism, blood lipids, blood pressure, cholesterol, and other factors associated with cardiometabolic health.

Now, you might be thinking, based on all of this, that Altai Balance is surely a fantastic supplement. But the primary issue is that most of these ingredients are in a proprietary blend weighing only 212mg. As a result, it’s impossible to tell definitively how much of each ingredient is in there. Yet, since they all generally have similar effects, this might not be too much to worry about; other than that, the overall dosage is a bit low.

Overall, the benefits of Altai Balance outweigh the cons.

And in reality, these claims are likely true since nearly all of the ingredients not only improve blood sugar levels and insulin sensitivity; they also have anti-inflammatory and antioxidant effects. So, shout out to Altai Balance for actually using ingredients that are backed up.

Again, however, it’s not clear how well Altai Balance will work for these purposes. It should definitely help, but don’t expect anything miraculous simply because the doses for most of the ingredients aren’t clear. You very well could see great improvements, but I can’t definitively say anything other than that it should provide at least mild benefits for blood sugar, inflammation, and weight control.

Who is Altai Balance Best For?

Altai Balance is best for people dealing with high blood sugar, poor insulin sensitivity, and inflammation. If you are on the brink of developing type 2 diabetes or headed down that path, consider buying Altai Balance.

It can also be used if you already have diabetes, particularly type 2, but in this case, it’s especially important to talk with your doctor to figure out how to best implement this supplement alongside your current treatments.

Don’t use this product solely as a weight-loss supplement, as you’ll likely be disappointed. It’s more for blood sugar regulation and inflammation management.

Due to its effects on blood sugar, insulin, and many cardiometabolic measures, anyone with diabetes or other metabolic diseases should talk with their doctor before adding Altai Balance to their routine. This product is designed to help those issues, but it’s still necessary to make sure they don’t interact with your current regimen in an unsafe manner.

The main possible side effects include:

Altai Balance is 100% natural, non-GMO, and free from stimulants. And it is made in an FDA-registered and GMP-certified facility.

Where to Buy Altai Balance

You can buy Altai Balance on the Altai Science website at this link.

There are 30 servings (30 capsules) per bottle. You can buy 1, 3, or 6 bottles of Altai Balance at a time with hefty savings for purchasing in larger quantities. Below, we will detail the pricing and savings offered.

As you can see, the more you buy, the more you save. You’ll pay anywhere from $1.13 to $1.63 per serving, which is decently affordable, especially at the lower end of that range. 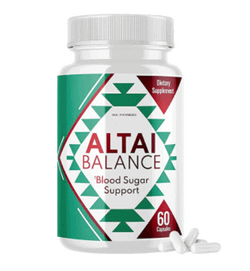 Get up to 30% off Altai BalanceWe scour the web for the best deals on supplements. Want to save up to 30% on your Altai Balance order? Click the button below to get this deal!GET THE DEAL

They also offer a 100% satisfaction 180-day money-back guarantee, in which you can send back the bottles anytime within that timeframe if you’re not satisfied for a full refund.

Vitamin Energy Review – How Do These Supplements Measure Up?

DoFasting Review – Can This App Help You Meet Your Fitness Goals?

Naked Mass Review – Does This Naked Nutrition Powder Measure Up?

Atrantil Review – A Thorough Look At This Digestive Supplement