NeuroIGNITE Review: How Does This Nootropic Compare? 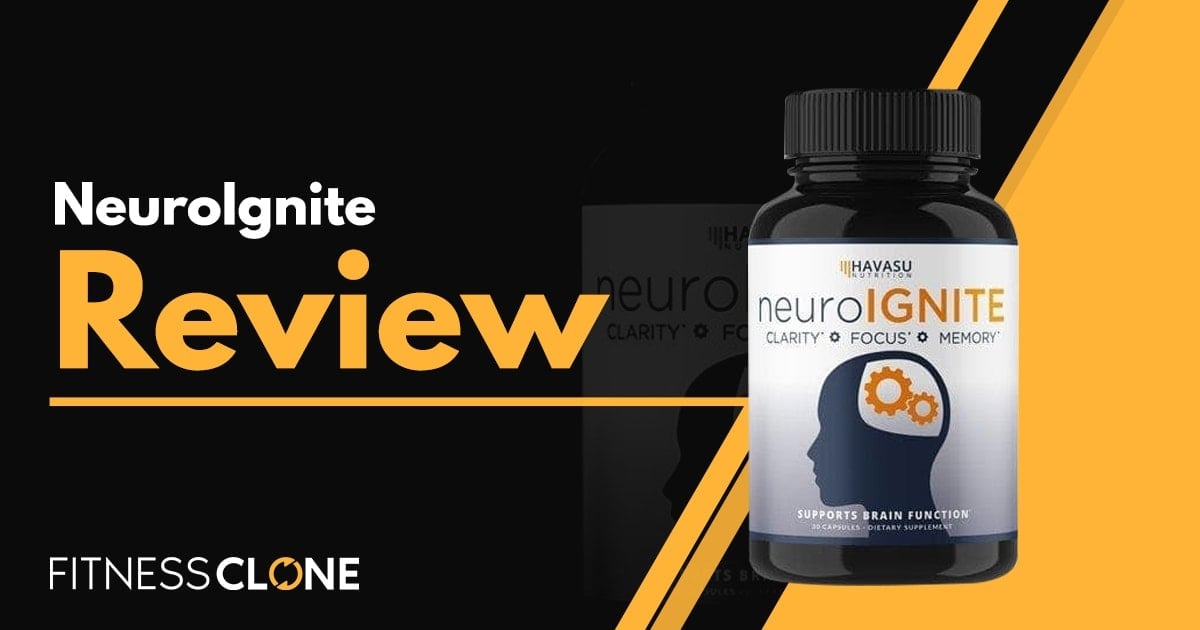 We’ve all seen the movie Limitless with Bradley Cooper where he is in possession of a pill that will enhance his mental acuity and make him capable of just about anything — that would be cool, right?

In a society where everyone is looking for a boost or shortcut — for just about anything and everything — there are millions of products out there that claim to give you what you’re looking for. Often times, our gullible nature causes us to overlook the reality of those products.

With the plethora of products claiming to increase your brain and memory function, such as Mind Lab Pro and Genius Consciousness, today we are taking a look at NeuroIGNITE by Havasu — a product that has been around for several years. Under new leadership with an updated formula, NeuroIGNITE is still widely popular among users, but is it warranted?

Believe it or not, NeuroIGNITE is one of the more popular products in its class. Originally distributed by Organic Stride, the brand was taken over by Havasu Nutrition at some point and was introduced with an updated formula.

Havasu Nutrition has kept the product relevant, marketing it as a complete brain supplement that will not only enhance your mental performance, focus and concentration, but will also ignite a boost of energy and enhance your mood — without any caffeine!

Taken as a one-per-day supplement, the company claims to help in the short-term and long-term by using trusted ingredients that get the job done. According to their website, users will experience “brain function support at its best,” so why wouldn’t you give a try?

The company boasts a supplement with all-natural ingredients and no caffeine, with 3-phase testing in a GMP-tested facility, but what exactly is in these pills that will benefit my brain? Doing thorough research on products like these is very important before putting them in your body.

Listed below are all of the ingredients included in Havasu’s NeuroIGNITE, according to the label on the back of the product:

Let’s take a deeper look at those ingredients and what supposedly makes them so special:

This ingredient was a staple of the old formula for NeuroIGNITE. It claims to be an anti-depressant and relaxant, as well as a sleep-aid. When the formula was updated, Havasu decided to keep it — and that might’ve been the worst decision they could have made.

With absolutely no scientific backing and no tests showing results, this ingredient will continue to be seen as useless.

DMAE claims to be a cholinergic, but studies show that it is extremely unreliable and doesn’t even work in some people. In fact, some studies show that DMAE only brought side effects among users, with no benefit.

If adding a cholinergic to the ingredients was the plan, there are much better alternatives, such as citicoline.

Another good ingredient on this list is ginkgo biloba, which has proven results as a nootropic. By increasing the oxygenation of brain cells, this ingredient is capable of improving every aspect of cognitive function.

The ingredient will act in two phases: allowing more blood to flow to your brain and reducing the viscosity of your blood.

Known as a naturally-occurring phospholipid, phosphatidylserine is found throughout your brain and helps improve a variety of different brain functions. In addition to that, it helps killer cells identify which brain cells are ready to die and be replaced.

These levels are known to decrease the older we get, so using it as a supplement is a smart idea.

I would assume they were trying to avoid caffeine for energy, which they did. With other options out there, I’m not sure why they stuck with this ingredient.

Another ingredient that doesn’t really belong here is Huperzine A. Don’t get me wrong, the benefits are great and it definitely works to improve cognitive function. The problem lies in the concern over long-term use.

Intended purely for short-term use, it’s best to cycle this ingredient and not overuse due to the buildup of acetylcholine in the brain that will occur. Good ingredient, wrong use.

The product contains gelatin in the form of a capsule.

Magnesium stearate is found in most pills and prevents ingredients from sticking to each other. It is used as a “flow agent.”

Let’s start with the latter — packaging. This supplement does come in pill form and like most of its competition, comes in a standard bottle with an eye-catching design. Each bottle contains 30 capsules, which are intended to be taken once per day.

As far as pricing goes, each bottle is sold for $20.94 on Amazon, with an option to purchase 2 at a discounted total price of $36.99 — savings of $4.89. The price is pretty standard among other brands, noting that there are some higher-end expensive ones and cheaper alternatives.

Overall, the product is packaged nice, intended to be simple to use and is rather cheap for a month’s supply — or two month’s supply if you take advantage of Amazon’s offer.

Earlier in the article, we mentioned how Havasu’s NeuroIGNITE claims to “enhance your mental performance, focus and concentration, but will also ignite a boost of energy and enhance your mood — without any caffeine!”

The truth is, this product will do what it says it will do. Unfortunately, the product will do it on such a small scale that it might not totally be worth it — especially when other products have so much more to offer.

Looking at the ingredients, there’s a lot to like — bacopa monnieri, gingko biloba, Phosphatidylserine. These ingredients are found in a lot of other brain supplements and offer real results.

What this product really needs is to swap out the unnecessary ingredients with more modern and proven ingredients — as well as adding a cholinergic to the supplement. It’s hard to claim to boost focus, without a focus-enhancer.

As mentioned in the section above, there are most definitely better options out there when deciding on a brain supplement. It’s not that NeuroIGNITE is a bad or fake product, it’s just a little too basic and doesn’t offer all that users are looking for.

Below is what I feel is the best brain supplement on the market currently, and one that should be considered by anyone interested in giving these supplements a try.

One of the brands that is taking the industry by storm is Mind Lab Pro. Much like NeuroIGNITE, this product is intended for daily, long-term use. Coming in bottles of 60 capsules, you can purchase on their website with an initial offer of 3 bottles (plus 1 free) for just under $200. That’s 240 capsules for $200.

The product has what is likely the most impressive ingredient list ever seen in a brain supplement, containing 11 nootropics that are all backed by scientific research. There’s no dead weight in these capsules, unlike NeuroIGNITE.

For anyone looking for a brain supplement that goes above the rest, Mind Lab Pro is worth every penny.

There are many reasons why one might be looking to give a brain supplement a try. If you’ve already decided that it’s something you’re interested in, it’s important to not only research the different brands and benefits of the supplement, but also the possible side effects and damage it could cause.

Listed below are both pros and cons to choosing NeuroIGNITE, through both my own experience with the product and the experiences of other users.

For those that are looking for a brain supplement that won’t help your brain reach full potential, but will give you a very small boost in brain function, then NeuroIGNITE is the product for you. Unfortunately, I’m not sure how many people would find that logical.

There are some ingredients without scientific backing — when there are competitors with nothing but scientifically-backed ingredients. For the price, it doesn’t offer enough firepower and leaves out several key ingredients — including one that will enhance focus.

NeuroIGNITE used to be a great product above the rest, but has recently fallen behind and hasn’t shown any signs of updating their formula — again. I’m telling you, that’s all this product needs in order to be seen as competition again.

Until then, you’re better off taking a look at Mind Lab Pro.

Overall Rating: 2.3 out of 5
Categorized in: Nootropic Reviews, Reviews