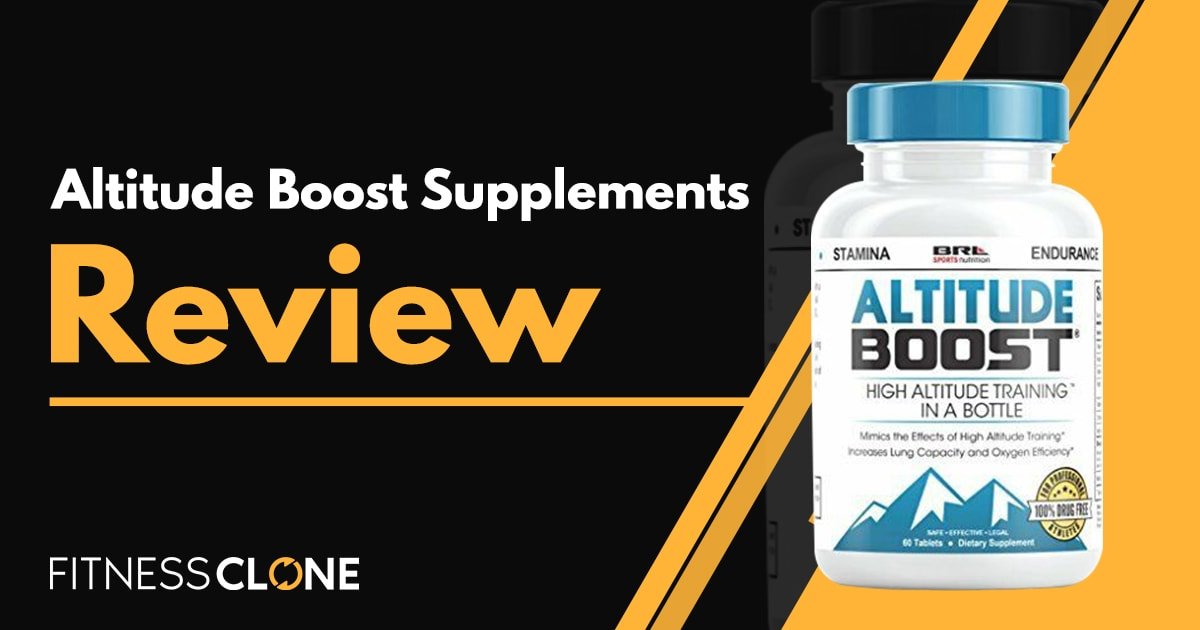 It is well known that exercising at higher altitudes allows athletes to get the most out of their training. Since 1968. Nearly 95% of Olympic medals form endurance events were granted to athletes who spent a substantial amount of time training at high altitudes. Training at high altitudes where oxygen is thinner requires the lungs and heart to work harder, which makes them ultimately more efficient when back at normal altitudes.

That is where Altitude Boost comes in. Altitude boost is a drug-free training supplement that is meant to mimic the experience of training at high altitudes to improve overall aerobic capacity. Altitude Boost markets itself as a way to get the benefits of high-altitude training without having the head to the mountains.

A few things first: Since Altitude Boost is not labeled as a drug and is instead labeled as a “dietary supplement” the creators can make all kinds of claims about what it can do without any evidence. So today we are going to cover Altitude Boost and see if it’s really all that it’s hyped up to be.

Altitude Boost is an exercise supplement that is supposed to mimic the effects of cardio training at high altitudes. The product claims, among other things, to help boost your energy and stamina, expand lung capacity, enhance mental performance, delay muscle fatigue, and improve training load and recovery. That is a whole lot of claims and it is hard to believe that a single vitamin could do all those things.

Of course, as with every dietary supplement out there, there is the disclaimer at the bottom specifying that none of their claims have been vetted by the FDA so take these claims with a grain of salt. The manufacturer recommends taking 2 tablets per day with a meal and to take consistently for maximum effect.

Altitude contains a wide variety of ingredients and has received some support from world-class athletes, like Todd Parker, world-renowned cyclist, and triathlete.

Altitude Boost is made by BRL Sports Nutrition, an offshoot of Biomedical Research Laboratories, a global nutrition company founded in 2008 by a team of bioengineers from UCSD. BRL Sports Nutrition has ranked on the Inc. 5000 list of America’s fastest-growing companies for the past three years running. BRL says it’s dedicated to providing products that naturally enhance endurance and performance while exercising.

What’s more, a lot of the provided studies for each ingredient do not actually say what the manufacturers say. For example, their webpage says that the choline in the blend “improves blood flow”, but the linked study only says that choline can decrease sodium concentrations in plasma and changes the properties of red blood cell membranes. The problem is that a lot of the described functions of these ingredients are so broad and vague that any study can be squished to fit the claims. That does not mean Altitude Boost does not work, but it’s something to keep in mind.

How Does Altitude Boost Work?

The main way Altitude Boost is claimed to work is by stimulating the production of hemoglobin and hematocrit. The website claims that it mimics the effects of high altitude training but it is not clear exactly how it does that. The presumed benefit of high altitude training is that it forces the body to produce more red blood cells and it makes the lungs and heart muscles stronger. Altitude Boost also claims to help the body absorb more iron so hemoglobin in the blood carries oxygen cells more efficiently.

Once again, all of their claims sound great but the offered research is pretty limited and thin. If Altitude Boost can actually increase your red blood cell production, then it stands to reason that it is at least minimally effective. There is just a  lack of evidence regarding the product itself.

Altitude Boost has a lot of ingredients so we will only cover the major ones here.

All BRL’s nutritional supplements are legal to use for sporting events and they claim they have no side effects. Some users report experiencing slight nausea or an upset stomach, especially when taken on an empty stomach. Some users also report that the vitamins can go bad in a short period of time.

Altitude Boost: Is it Worth It?

To be honest, it’s hard to say. Altitude Boost has so many claimed effects is hard to gauge each of them individually. Further, it’s hard to tell if the positive customer reviews and claimed benefits are actually due to the product working or giving some kind of placebo effect. It is also pretty expensive for a 30-day supply.

Cheers Restore Review – Should You Take This Supplement After Drinking?

Invigor8 Review – Does This Superfood Shake Stand Up To Its Claims?

Transparent Labs Build Review – Is This Supplement Worth Buying?

OmniBiotics Organic Milk Thistle Review – Do You Need This Supplement?

Pre Lab Pro Review – Is This Supplement Worth The Price?