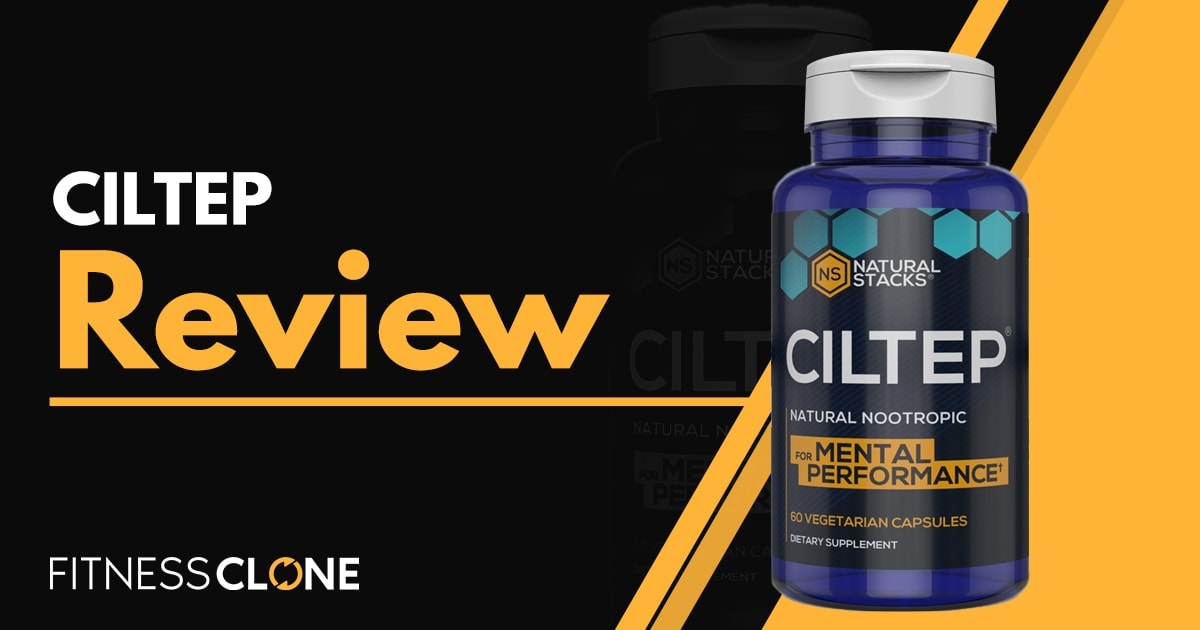 CILTEP is a natural nootropic designed for mental performance. The question is, is it worth taking?

We’ll start this review with a bit of information about the parent company, Natural Stacks. The company was co-founded in 2013 by Ben Hebert and Roy Krebs. Industry sources estimate that they currently have 58 employees generating $10.6 million in sales. Although they are a relatively new and small company, they appear to be doing several things the right way.

They position themselves as “the world’s first open-source supplement company.”

They believe in transparency and Full Label Disclosure; no proprietary blends, and all ingredients and the amount of each component is identified on the label. They even go so far as to allow you to track the source of the ingredients to the supplier. They refer to this as their Ingredient Traceability program. And they use “3rd Party Lab Testing.”

We admire the sound of this approach, and we’ll delve into what it means in greater detail in this review.

So, let’s take a closer look at Natural Stacks’ brain enhancer, CILTEP (note that since our review, CILTEP has now become NEUROFUEL). In this CILTEP review, we’ll dive into this supplement’s key ingredients, benefits, claims, and pricing, we’ll also discuss how it compares to other mental performance supplements and provide a numerical value to its efficacy and its cost.

The product is positioned as a natural nootropic supplement for mental performance.

The Natural Stacks site claims CILTEP is “the premier natural nootropic for obtaining laser-like focus for hours and creating long-lasting memories. Designed to induce long-term potentiation in the brain, which is crucial to the formation of new memories.”

Most nootropics address focus and memory. CILTEP is the first in our experience that touts creating new, long-lasting memories.

The label remains true to the transparency promise as each ingredient, and its precise amount is spelled out on the Supplement Facts label.

Additional purported benefits of Artichoke Extract include fat burning, weight loss, and lowering cholesterol. When used in combination with Forskolin, as is done in CILTEP, there is a synergistic effect whereby they benefit PDE4 and cAMP to improve LTP (Long Term Potentiation) and memory.

L-Phenylalanine, is an essential amino acid. WebMD.com lists the potential benefits of this ingredient in combatting depression, ADHD, arthritis, pain, and weight loss. L-Phenylalanine can also be converted to a substance (phenylethylamine) which occurs naturally in the brain and which elevates mood

Acetyl-L-Carnitine, another amino acid, is used frequently in supplement products for its benefits in supporting memory, reducing fatigue, and preventing Alzheimer’s.

The CILTEP formula is patented by the U.S. Patent and Trademark Office. The product is non-GMO, Gluten-free, and contains no artificial colors or preservatives.

The recommended dosage for CILTEP is 1-3 capsules in the morning immediately upon waking on an empty stomach. You should not take more than three capsules per day. Some users find that a moderate dose of caffeine in the morning and/or early afternoon extends and optimizes results. The product can be taken daily; however, the company suggests taking 1-2 days off per week.

When discussing the benefits of CILTEP, the company emphasizes the brain’s ability to form vivid, long-lasting memories and remain motivated and focused for hours. Other benefits cited by CILTEP consumers:

The company also introduces the concept of long-term potentiation LTP. They explain that LTP is a crucial mechanism involved in the formation of new memories and the strengthening of neural synapses.

“In neuroscience, long-term potentiation (LTP) is a persistent strengthening of synapses based on recent patterns of activity. These are patterns of synaptic activity that produce a long-lasting increase in signal transmission between two neurons. The opposite of LTP is long-term depression, which produces a long-lasting decrease in synaptic strength.”

As opposed to several other nootropics we have reviewed CILTEP appeals to a much younger crowd. Many of the reviewers were in the 25 – 35 age bracket. Students, business-people, professors, and executives who are seeking extra energy, a little extra motivation, a competitive edge, and just feeling sharper all seem to enjoy the benefits of the product.

Does CILTEP Actually Perform – the Claims versus the Reality

The Natural Stacks site tracked nearly 4,000 customer reviews with a 4.7 satisfaction record. We did not find any negative reviews; however, noted that the degree of efficacy varies from person to person.

Tim Ferriss, of 4 Hour Body fame is a fan of the product. It should be noted Ferris is not a doctor, scientist, or nutritionist. However, he does serve as a guinea pig and tends to screen out the pretenders.

Potential Side Effects of CILTEP

If used as directed, there should be no adverse side effects from using CILTEP. That said, there have been several reports of mild side effects such as drowsiness and reduced choline levels in the body.

You can purchase CILTEP directly from the official Natural Stacks website here. A one-time purchase will cost $29.95. If you really like CILTEP, though, you can choose to use their subscribe & save 20% option which brings the price down to $23.96/bottle. 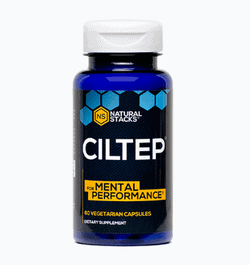 Most supplements come in thirty serving sizes, basically an industry-standard, one-month supply. CILTEP deviates from this by packaging their product in a twenty serve bottle. That said, they do recommend you refrain from using the product daily, recommending taking one to two days per week off the product. We assume this recommended usage pattern is their rationale for packaging this way.

Natural Stacks seems to run a great business. They say the right things from a consumer’s perspective, such as their Full Label Disclosure, the Ingredient Traceability program, and their “3rd Party Lab Testing.” They appear to work with a limited number of distribution partners and enforce their pricing policies.

As promised in our intro, let’s circle back to those consumer promises:

The company engages Intertek to ensure the potency and purity of every ingredient after each production. Many reputable companies have a similar process wherein each batch of a product receives a Certificate of Analysis.

So, although the company positioning, “the world’s first open-source supplement company,” represents a bit of marketing speak, they do deliver on the promised aspects of transparency.

In the final analysis, if you’re seeking a boost in cognition, or suffering from a bit of “brain fog,” we think CILTEP may be worth trying.

Beyond Greens Review – Is This Live Conscious Supplement Worth Trying?

Four Sigmatic Focus Review – Is This Nootropic A Top Choice?

It Works Fat Fighter Review – Can It Help You Meet Your Fitness Goals?

The Nue Co Skin Filter Review – Is This Supplement Worth Using?

Pump-N-Grow Review – Can This Anabolic Warfare Supplement Increase Your Endurance?

Physicians Choice Collagen Peptides Review – Is It Worth Adding To Your Routine?