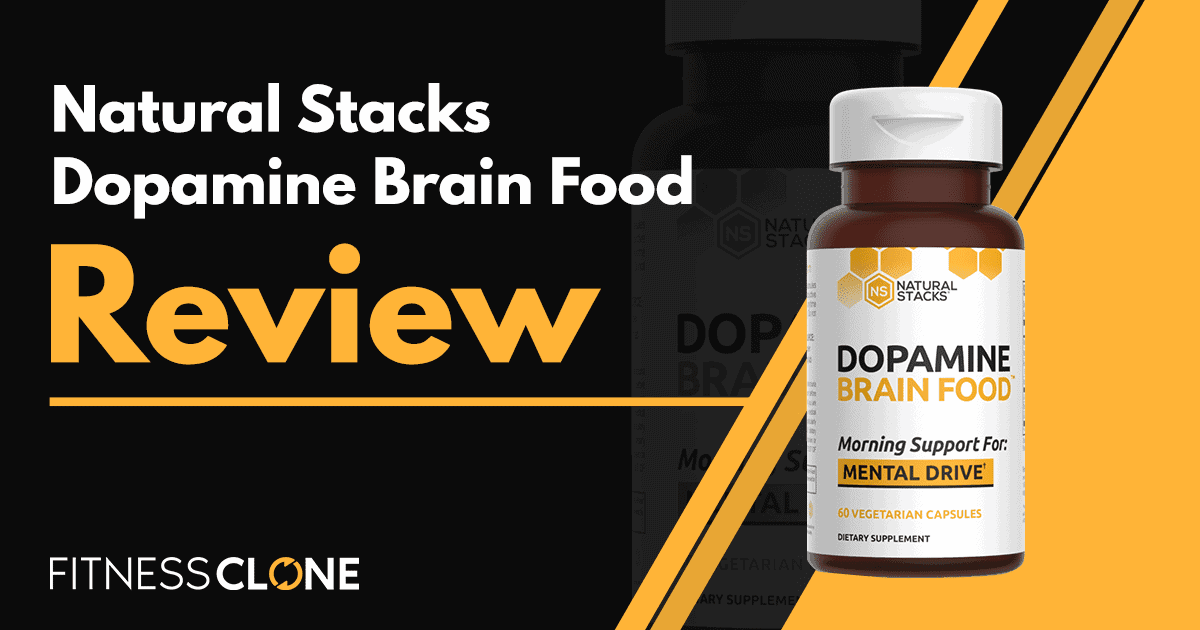 No matter your age, brain function has an effect on your quality of life-as in, the better it works, the better you live. That’s why since 2013, Natural Stacks has leveraged with the world’s leading ingredient suppliers to create optimum nutrition to get your brain functioning at its fullest and healthiest.

Natural Stacks is also fully transparent with their products, providing full label and ingredient source disclosure, so you know exactly what you’re getting when you purchase their products.

So, let’s take a look at one of the products in their “Brain Food” lineup of nootropic blends, Natural Stacks Dopamine Brain Food. In this review, we’ll dive into everything Natural Stacks Dopamine Brain Food has to offer; we’ll discuss its ingredients, benefits, claims, pricing, and more. Ready to see if this brain food is worth using? Let’s dive right in!

Dopamine is a neurotransmitter that is essential to your nervous system. It’s also known as the “reward” hormone since it’s responsible for feelings of pleasure after doing things you enjoy. In fact, low levels of it may be linked to ADHD (Attention-Deficit/Hyperactivity Disorder) and depression, as well as poor focus, memory, and energy.

By using a careful formulation of amino acids and vitamins, Natural Stacks has created a way to boost lagging levels of dopamine safely and naturally. It does this by stimulating your body’s natural production so that no outside hormone is being added to your system.

There’s a reason a connection between ADHD and low dopamine levels has been established, since dopamine is the hormone that allows you to concentrate and hold sustained attention. Though there is the option of ADHD medications to induce dopamine production (Ritalin, anyone?), most of us aren’t interested in running around on speed, nor of its many dangerous and unpleasant side effects.

Instead, Dopamine Brain Food is made of compounds found in your everyday diet, which of course means side effects other than laser focus and attention are minimal, if any.

Locking into sustained attention and mental focus means you complete tasks on time and with ease. For instance, writers tortured with the distraction of news headlines, cute puppy videos, and visions of being outdoors may find it frustrating to focus on their task at hand.

But by boosting dopamine levels, the same writer will find that no news headlines or cute puppy videos are powerful enough to penetrate their sphere of concentration. This results in deadlines being met with time to spare, more work getting done, and the free time to enjoy the great outdoors—or just a few cute puppy videos.

Dopamine helps athletes feel a sense of reward, and it also boosts their concentration when it comes to keeping their eye on the ball.

By pumping up your sense of reward, this also gives you a greater desire to go out and play so that exercise isn’t so much a chore as it is something you GET to do.

One of the biggest indicators of low dopamine levels is brain fog, which is typically due to poor hormone balance. This often includes a lack of epinephrine and norepinephrine that are also key to mental clarity and focus, so that you’re left feeling foggy, unfocused, and seemingly without the energy to do anything.

Both L-tyrosine and L-phenylalanine are necessary for the production of dopamine, which both are precursors to. Phenylalanine also converts to tyrosine in the body, which then converts to L-dopa, and then directly to dopamine.

To convert L-dopa into dopamine, your body needs vitamin B6, which also performs other essential health functions in the body.

As a powerful antioxidant, it also protects cells from damage for optimum health and performance.

As parts of Natural Stack’s methylation complex, vitamin B12, Folate, and trimethylglycine work together to create the methylation process that occurs throughout the body and allows metabolic reactions to happen effectively and undisturbed. This includes aiding in the generation of S-adenosyl methionine (SAM-E), an amino acid necessary in the conversion of norepinephrine to epinephrine for increase attention and focus.

When you raise your body’s dopamine output, your mental function improves, simple as that. And, with their careful formulation of natural ingredients scientifically proven to boost dopamine levels (along with other benefits), Natural Stacks delivers on its claims.

Plus, they not only let you know exactly what’s in their product, but they’re also the first open-source supplement company, and provide you with all 3rd party test results and their entire list of ingredient suppliers.

That, and they offer a full, 100%, no-question money-back guarantee so that you have little to lose and plenty to gain.

Who is Natural Stacks Dopamine Brain Food Best For?

Whether you’re a pre-med student or just someone hoping to make it through your day with a clear head, Dopamine Brain Food is for you. This includes anyone not willing to go the route of harsh, dangerous stimulants or pharmaceutical drugs and instead prefers a safe, all-natural means of better results without all the risks.

Keep in mind too that not only are the ingredients in Natural Stack’s formula commonly available in many of the foods you eat, all but 1-ingredient—L-tyrosine—is essential and needs to come from your diet, and tyrosine itself is produced in your body. Plus, as the first open-source supplement company, Natural Stacks lets you know just what’s in their formulation, where it comes from, and what the 3rd party test results say.

Natural Stacks wants to stay in business, and they also want you to keep coming back for more. To do this, they ensure that all claims they make are backed by science and 3rd party testing so that you know just what you’re getting and how well it works.

And, just in case that’s not enough, they also back everything with a solid, 100% no-question guarantee on all their products. In fact, they won’t even ask you for the unused portion back, even if it’s a full bottle.

While mostly the only side effects you’re likely to feel with Dopamine Brain Food are completely positive, overproduction of dopamine in the body can lead to:

If you experience any of these side effects while using this product, simply back off until you feel great again!

At $39.95 for a 20-day supply of Natural Stacks Dopamine Brain Food, this stuff ain’t cheap. 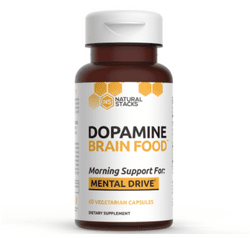 Additionally, if you do choose to go the subscription route, after your third order, you’ll get a free bottle.

With all those discounts available, Natural Stacks Dopamine Brain Food is definitely worth a try.

JYM Shred Review – Can It Solve Your Weight Loss Woes?

Shatter SX-7 Revolution Review – Is This Truly The Ultimate Pre-Workout?

NutraVesta ProVen Review – Can It Help You Lose Weight?

K Nutri BCAAs + Collagen Review – Is This Supplement Worth Buying?