Vitamin Bounty Burn On Keto Review – Is This Supplement Worth Buying? 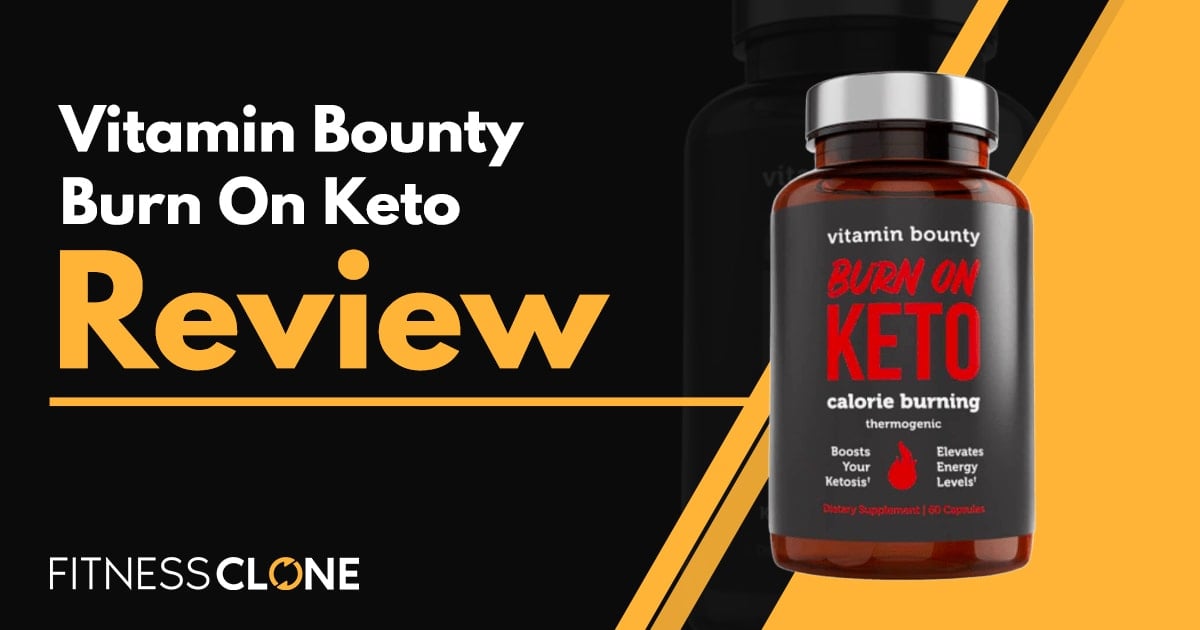 One of the main proposed benefits of the keto diet is enhanced fat-burning and weight loss. With those kind of benefits, it’s no surprise that there are now many supplements out there designed to further increase this fat-burning process.

One such supplement is called Vitamin Bounty Burn On Keto. This supplement is designed to be used in addition to the ketogenic lifestyle and aims to promote enhanced fat burning. The question is, does it do what it claims to? In this Vitamin Bounty Burn On Keto review, we’ll take a thorough look at this fat burner, its ingredients, benefits, claims, and more so you can find out if it’s truly worth all the hype.

Ready to see if you should add this keto fat burner to your routine? Let’s dive into this Vitamin Bounty Burn On Keto review!

About Vitamin Bounty Burn On Keto

Burn On Keto is a ketone-based fat-burning supplement created by Vitamin Bounty. You may have heard of this popular health and wellness company before as they have produced a variety of products, including Vitamin Bounty Get Into Keto, Vitamin Bounty Pro-50, and many more.

Vitamin Bounty Burn On Keto has a few benefits related to ketogenesis and fat loss in general. Here are the main benefits of Burn On Keto:

With exogenous ketone bodies from BHB, Vitamin Bounty Burn On Keto is advertised to put you into a very quick state of ketosis, which can then amplify the effects you’re already experiencing on a ketogenic diet. Products like the Keyto Breath Sensor can help you find out if/when your body hits ketosis, which should be quicker than normal using Burn On Keto.

The exogenous ketones are also designed to give you an energy boost for both the brain and the rest of the body. This is then coupled with the effects gained from caffeine and green tea.

Finally, Vitamin Bounty Burn On Keto is advertised to ramp up the metabolism and increase thermogenesis with caffeine and green tea, so you can have even better fat loss results.

Burn On Keto’s formula contains ketones, caffeine, and green tea. Below is what the full ingredient breakdown looks like per serving, which is 2 capsules.

The main ingredient here is the BHB thermogenic blend, which contains different BHB ketone salts. BHB is a ketone produced naturally by the body in times of low blood glucose, but this often takes a lot of time and effort before this “metabolic switch” occurs.

So, the rationale is that taking in exogenous ketones is a way to boost blood levels of ketones much more quickly so you can get quicker benefits. And the research does show that BHB ketones are able to rapidly enter the bloodstream. Plus, they can easily reach the brain and muscles to be used for energy.

For fat loss, however, there isn’t much supporting research. After all, you’re still taking in ketones, so that might actually hinder the body’s ability to use its own fat stores for energy.

But some research shows BHB supplementation can improve cholesterol and other cardiometabolic factors in obese and overweight people.

Most ketone supplements are dosed at multiple grams per serving, typically 5g or more.

Up next is green tea extract, which is known for its ability to increase thermogenesis and fatty acid oxidation mainly due to the catechin compounds in it. Plus, green tea extract can increase energy expenditure at rest, and research shows it’s mildly effective for weight loss.

The final ingredient in Vitamin Bounty Burn On Keto is caffeine anhydrous. Caffeine is often used in fat loss supplements due to its stimulant effects. It increases adrenaline and noradrenaline, which ultimately leads to increased energy expenditure and thermogenesis. And research shows it is typically effective for reducing weight and body fat.

Plus, it can improve mood and alertness by increasing dopamine, serotonin, and noradrenaline and by inhibiting fatigue.

Recommended dose is anywhere from 50 to 200mg, depending on individual tolerance.

Overall, Burn On Keto should be a nice additional support supplement to your ketogenic diet. The inclusion of BHB ketone salts can help provide you with an energy boost while on the keto diet, although it might not do a whole lot extra for fat loss.

That being said, the inclusion of green tea and caffeine are nice additions since they help to increase metabolism and thermogenesis, which pairs well with the fat-burning effects of the ketogenic diet (when done properly, of course).

Unfortunately, the dosage of the BHB salts is much lower than what’s typically used, so it might not elevate blood ketone levels to an optimal level. Plus, the caffeine dose might be too low for some people.

Vitamin Bounty Burn On Keto should put you into a state of ketosis, but keep in mind why this is occurring. It’s not from your diet, so if you really want to maximize ketosis, you have to go on the ketogenic diet and supplement with Burn On Keto.

Otherwise, you’re just adding an additional source of energy, which could even be counterproductive to fat loss.

On another note, you should expect a mild increase in energy and alertness due to the green tea extract and caffeine. And those same ingredients should provide a mild boost in metabolism, but I wouldn’t expect much more than a few additional pounds lost over a period of several weeks.

So, is Vitamin Bounty Burn On Keto a magic supplement? No, but it should be a nice add-on to your current keto regimen.

Who is Vitamin Bounty Burn On Keto Best For?

Vitamin Bounty Burn On Keto is best for anyone already doing the keto diet and who wants to try to maximize their fat loss efforts. It could also be for keto dieters who are looking for an additional energy boost.

There shouldn’t be too many things to worry about with Burn On Keto, but here are some potential side effects:

Also, Vitamin Bounty Burn On Keto is carb-free, non-GMO, sugar-free, keto-friendly, and made in the USA in a GMP-certified facility.

Where to Buy Vitamin Bounty Burn On Keto

You can buy Burn On Keto on the Vitamin Bounty website at this official link.

There are 30 servings (60 capsules) of Vitamin Bounty Burn On Keto per bottle. Below, we will detail the pricing and savings offered.

With the subscribe & save option, you’ll get deliveries every 30 days. Vitamin Bounty also offers free shipping on orders over $50 as well as a 30-day happiness guarantee, meaning if you don’t love Burn On Keto you can return it within 30 days for a full refund. 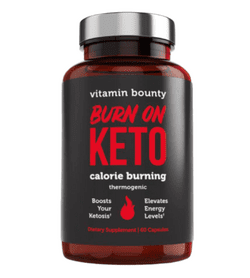 Save up to 25% on Vitamin Bounty Burn On KetoWe scour the web for the best deals on supplements. Want to get up to 25% off Burn On Keto? Click the button below to get this deal!GET THE DEAL

Overall, Vitamin Bounty Burn On Keto is a very affordable product for most people, but keep in mind that some users may need to increase the dose.

Rainbow Light Prenatal One Review – Is This Multivitamin The Right Choice?

Black Ox Test Booster Review – How Does This Natural Booster Measure Up?

Alpha Jym Review – Can This Supplement Help You Build Muscle?

Curcumin 2000 Review – Can This Supplement Boost Your Immune System?