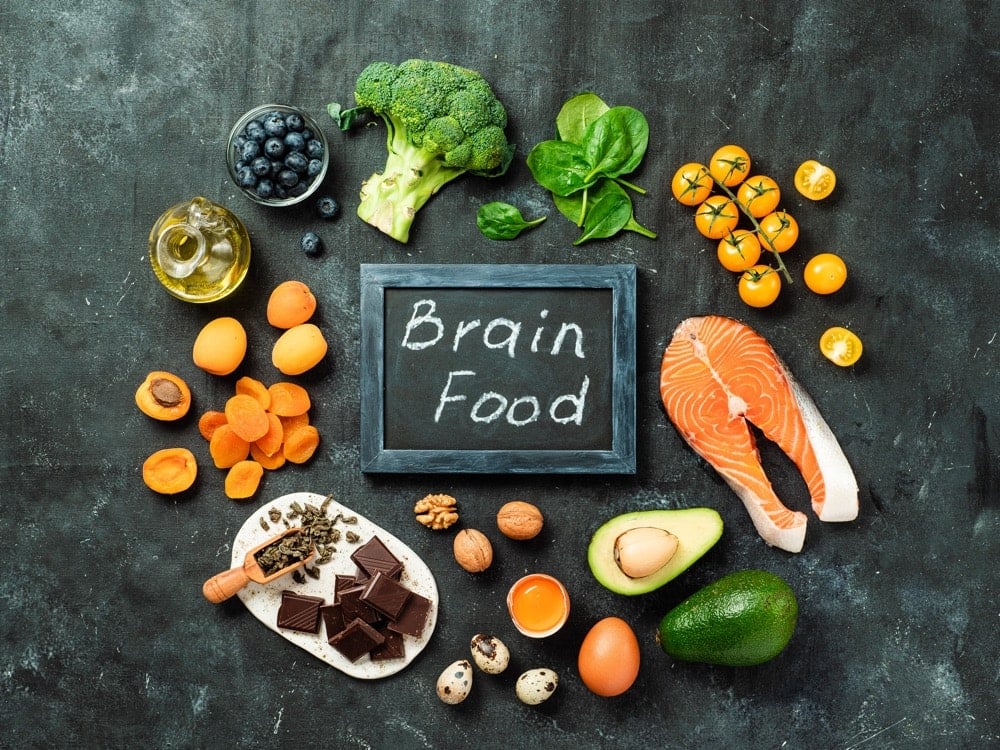 Many people use prescription medication whenever they need to boost their focus or simply to feel more relaxed. However, these medications often come at the possible cost of side effects, both physically and mentally, when used in the long run. Hence, people are looking for stimulants to stimulate their body and brain without risking these side effects.

If you’d rather skip the info and get right to our list of best natural stimulants, feel free to scroll to the bottom of this guide. Otherwise, buck up, and let’s get started!

What Are Natural Stimulants?

As the word suggests, stimulants are any stimulants that can be found in nature – plants, leaves, roots, and other natural sources.

Just like prescription medication, stimulants can stimulate our body and brain in a variety of ways, ranging from concentration boost, focus, making you calmer, boosting your energy, impulse control, etc.

A lot of the time, pharmaceutical stimulants like Adderall are prescribed to those with ADHD. Luckily, the more research that is done on stimulants, the more is shown than natural ones like smart drugs or cognitive enhancers are just as helpful with improving brain function.

Some of these stimulants can be found in the very diet we consume. If you’re drinking coffee, for example, you’re already getting a natural stimulant – caffeine, that is.

The Benefits Of Natural Stimulants Over Prescription Medication

However, as mentioned above, the effectiveness of prescription medications can come at the cost of having possible side effects when used in the long run. While these medications are safe, it does not mean that you would not get any side effects – both physically and mentally.

At the other end of the spectrum, some people can become addicted to these medications. For instance, Ritalin can be abused by students, professionals, and athletes because it can enhance their productivity by increasing their concentration and alertness. Ultimately, the use of ritalin can lead to mild or even serious side effects such as seizures, hallucinations, overdose, and panic attacks.

On the other hand, natural stimulants are generally considered safe and non-addictive. Even though some of them may alter the level of your brain chemicals, mostly, the effect is only minor and will most likely not cause any serious side effects, including the possibility of addiction.

Take caffeine, for example. Some people may develop a physical dependence on caffeine, but for the most part, it does not cause serious changes in our brain chemical levels that will unbalance it to the point that we would become addicted to it.

Natural stimulants come in different forms, and they perform different roles – for instance, some boost your energy level while others help you remain calm. While it is popular to reach for an energy drink, whether it be a cup of coffee or a Redbull, these only temporarily have stimulating effects.

Energy drinks can provide an increase in cognitive focus or even cognitive enhancement but can also result in high blood pressure. Luckily, there are a variety of supplements that can help with focus and energy, from Ginkgo Biloba to Lions Mane to Ginseng and something as obscure as coconut oil. Like many oils, it is made of medium-chain triglycerides.

If you want to add a boost of energy to your morning coffee, try adding coconut oil after brewing your coffee beans. The fatty acids help improve cognitive function, as well as decrease things like blood pressure. If you are looking for an even greater boost of energy and focus, you can add nootropics to your coffee as well. These mushrooms provide a healthy alternative to things like Adderall or even energy drinks. With natural anti-inflammatory properties, you can expect benefits ranging from mental focus to mental health.

The natural stimulants below can help improve brain function, increase energy levels, and even calm the central nervous system. Here are some of the best stimulants that you can use.

Often referred to as “nature’s Adderall,” L-theanine is an amino acid. L-theanine has been shown to help increase a sense of calmness and relaxation without making you feel drowsy. Interestingly, L-theanine may also improve our creativity. This is because L-theanine is shown to increase the alpha brain-waves, making it a great alternative to Adderall, as it doesn’t have many side effects.

L-theanine is shown to be more effective when you take it together with caffeine. Interestingly, tea both contains L-theanine and caffeine! This also explains why performance-enhancing supplements combine both caffeine and L-theanine in their ingredients.

Huperzine A is a substance that comes from Chinese club mosses. However, unlike most in this list, Huperzine A will start as a substance but will undergo a thorough laboratory purification process. The result is that this stimulant is a highly purified drug.

Huperzine A is said to aid in memory, learning enhancement and is even used in treating Alzheimer’s disease. This is partially due to the studies that show that the substance can protect healthy brain cells from free radicals.

Ashwagandha is a powerful ancient herb that is used in Ayurvedic medicine. Even its name carries its power – the word “ashwagandha” means “smell of horse” in Sanskrit. It means that by taking ashwagandha, you will “get” the power, strength, and vigor of a horse!

As a stimulant, ashwagandha can reduce stress, anxiety, and depression, and it can also improve our overall mood and enhance our memory. Ashwagandha is also well-used within the supplement industry, with products such as Goli Ashwa and Physician’s Choice Ashwagandha.

Rhodiola Rosea is an adaptogenic herb that is known to help reduce stress, improve our mood, and reduce our feelings of burnout. If you are highly stressed or anxious, this natural stimulant can be very helpful for you.

For instance, in one study, taking small doses of Rhodiola Rosea every day is shown to increase the feelings of well-being of college students while reducing their brain fatigue at the same time during stressful examination periods.

Green tea is not a stimulant but a drink that contains stimulants – most notably, L-theanine and caffeine.

We had already discussed the benefits and effects of L-theanine. As for caffeine, in a nutshell, it is a stimulant used for an energy boost (more on that later). But what separates green tea from mere L-theanine and caffeine is the effect it brings since it contains these two stimulants – many people report that drinking green tea makes them more productive and provides them with more stable energy compared to coffee.

Caffeine is considered to be the most consumed psychoactive substance in the whole world. This is because caffeine is found in some of the most common beverages and foods we consume, like dark chocolate, tea, and of course, coffee.

Caffeine’s primary use is as an energy booster. It achieves this by blocking out adenosine receptors in our brain. Once that happens, this will make us feel less tired.

Aside from energy boost, caffeine can also improve our attention, alertness, short-term memory, and reaction time.

Ginkgo biloba is shown to improve your mental performance, such as memory and overall mental processing. While there’s no exact explanation as to how ginkgo Biloba can benefit the brain, it is theorized that it is due to its capability to increase blood flow to the brain – the more blood flow our brain receives, the more efficient it becomes in getting oxygen and nutrients.

Instead of taking Adderall, adding nootropics like this one to drinks like green tea or coffee can have a similar effect. If you want an extra boost of energy, try adding coconut oil to the drink as well, which works as further natural brain enhancers.

This long term brain booster is a plant species that comes from South America. Yerba Mate helps keep your brain cells functioning properly and your energy production high. This plant is another great alternative to Adderall, providing adults with long term benefits for the brain.

Bacopa Monnieri is an herb that can be found all over the world in places like Eastern India, Australia, Europe, Africa, Asia, and North and South America. Much like many other stimulants on this list, this herb has been used in traditional Ayurvedic medicine for years.

Herbs are extremely helpful when it comes to regulating bodily functions, especially when it comes to brain health. Many studies have been done on Bacopa Monnieri, which detail improved brain function, as well as memory and the growth of brain cells.

The above seven supplements each carry their own individual benefits but also help to improve brain function and decrease brain fog, two things that can come with ADHD. Attention deficit hyperactivity disorder ( ADHD ) is a common disorder, impacting almost 1 in every 10 people.

When taking specific nootropics and “smart drugs,” they can increase blood flow to brain cells, which helps maintain a healthy brain function.

Most natural stimulants are generally considered safe and can be taken without prescription. So, for the most part, you don’t need to consult a doctor before taking these stimulants, especially if you’re getting them naturally – such as in the form of food or beverage.

Should You Try Natural Stimulants?

While stimulants can help you stimulate your body, at the end of the day, having a healthy lifestyle is still the long-term solution if you want to be overall healthy.

For example, if you want to have more energy, then live a healthy lifestyle to reduce your fatigue level and naturally increase your energy levels. If you want to feel more relaxed, perhaps managing your stress is key in doing that. Of course, stimulants are helpful, but they work best as a supplementary aid. As long as you live a healthy lifestyle, these stimulants can help us in our daily lives.

If you find that your morning coffee isn’t doing the trick, it might be time to try a variety of the above smart drugs to help increase brain function and energy. While these nootropics have brainpower benefits, they also have a variety of health benefits for adults.

Instead of trying prescription stimulants like Adderall, try adding Gingseng, Acetyl L Carnitine, or something as simple as coconut oil. Instead of grabbing energy drinks to get through the day, try natural ingredients to help improve cognitive function.

Benefits Of Chlorella – How This Supplement Can Support Your Health

What Supplements Should I Take On Keto? – A Complete Guide

Benefits Of Multivitamins – Why You Should Take These Supplements

Health Benefits Of Fasting – What This Type Of Diet Can Do

Intermittent Fasting And Working Out – What You Need To Know

What Is An NMN Supplement? – A Thorough And Complete Guide