SkinnyMint Teatox Review- Will This Teatox Benefit Your Health? 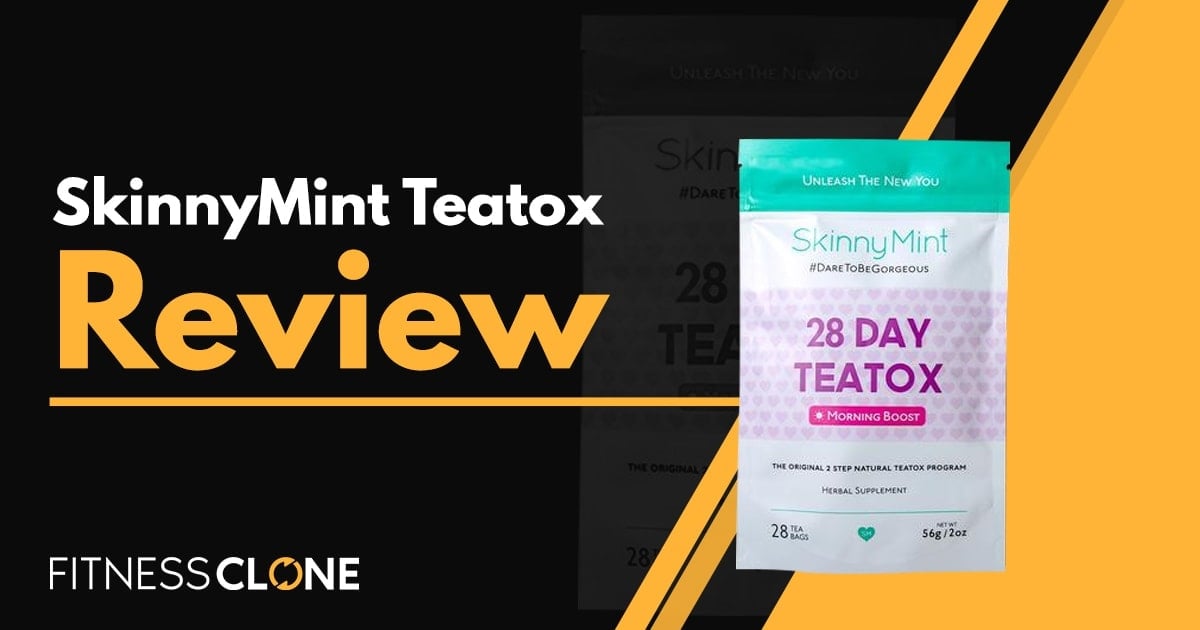 A social media user cannot go through very many posts on Instagram or Facebook without running into an ad sponsoring a detox tea. The average consumer is far more educated about their personal health than ever before. Technology allows people to research the toxins they are putting in their bodies when consuming different foods and drinks.

Detoxing is very popular and can be the perfect way to reset the body after eating extremely unhealthily. The beginning of the year with all of the resolutions is a popular time to try detoxing. Detox teas differ in the benefits they provide to the drinker as well as the quality of the teas. Establishing a goal for the detox can allow for far better results as you modify your lifestyle.

SkinnyMint Teatox is a 2-step detox program used over the course of 28 days. The Teatox is a cleanse/detox that allows the body to retune itself after years of possible unhealthy living. The program helps promote weight loss and digestive health via drinking a total of 42 cups of tea. The Morning Boost that provides energy will come with 28 bags. The Night Cleanse comes with a total of 14 tea bags.

Detox programs are a perfect way to begin living healthy and losing weight at the beginning is a great source of motivation!

Reduces Bloating And Helps with Digestion

The ingredients in this blend help with digestion and bloating, which also helps rid the body of potentially harmful toxins. The main reason though why bloating may be reduced and digestion increased is because of senna. Senna tea is essentially a non-prescription laxative, but it is often included in these blends as it increases digestion and thus reduces bloating. Ginger and peppermint are also used in the tea blend, which supports healthy digestion.

Green tea and caffeine, in general, have the ability to increase energy and metabolism to support fat burn. However, this must be coupled with a healthy diet and exercise routine.

By increasing your digestion, harmful toxins are removed from the body. This allows for the more proper absorption of nutrients as well. Ginger, hawthorne berries, and lemongrass are also good for immune health as well.

In the morning tea blend, yerba mate and green teas are used. These teas contain a good amount of caffeine that allows you to get a healthy dose of energy through more healthy and stable caffeine sources.

The SkinnyMint Teatox does have its disadvantages despite offering numerous benefits. Certain drinkers might not be used to the levels of energy due to a lack of drinking caffeine on a regular basis. Certain amounts of Guarana can be far too much for people, so approach each tea with caution to see how your body responds. The Hunger Buster gummies to help curb your appetite have to be purchased separately.

SkinnyMint is the manufacturer of the Teatox, as well as a number of other products aimed to improve health, such as SkinnyMint Gummies. Over 1.5 million women have chosen to use SkinnyMint’s products due to their reputation for results and quality. The company is very honest with customers allowing them to know the tea alone is not going to produce great results. The lifestyle adopted along with the Teatox can help jumpstart a healthy lifestyle that you can stick to.

SkinnyMint Teatox has two separate teas that you will need to drink at different times. These two different blends are called Morning Boost, which you take in the morning, and Night Cleanse, which is to be taken at night.

Guarana seed is also included, and it is very beneficial as it contains antioxidants and may help treat constipation. The final ingredient is dandelion, which is known to reduce cholesterol levels, regulate blood sugar levels, reduce the risk of cancer and other diseases, and alleviate inflammation within the body.

The Night Cleanse tea contains the main ingredient of senna. Senna is a non-prescription laxative often used in these teas and definitely debated. It is known to treat constipation and thus help with bloating, but it is not advised to take it for more than 14 days at a time (this tea cleanse lasts for 28 days). This is because it can become addicting, and our digestive systems may rely too heavily on it for normal digestive functioning.

The nighttime tea also contains ginger and peppermint, which are both great for bloating and overall digestion. Psyllium seed is also incorporated, which is known to help with constipation as well. Lemongrass contains antioxidants, is great for digestion, and provides immune support.

As you can see, these are all-natural ingredients to help your body revamp itself. You might have heard of many of the ingredients, but the combination yields incredible results.

How Does SkinnyMint Teatox Work?

SkinnyMint Teatox utilizes high-quality ingredients in order to help promote weight loss and healthy digestion. The ingredients have been studied and used for years, with numerous studies being completed. The person participating in the Teatox will drink tea in the morning to help boost energy, which is aptly named The Morning Boost.

The digestive benefits are garnered mostly from The Night Cleanse that is to be taken before bed. This will reduce bloating and allow the person to do the detox to sleep without stomach discomfort. Ingredients like peppermint and ginger root being used have been known to calm the stomach. Many people do not realize the role that healthy digestion plays in overall weight loss.

This detox tea definitely contains some healthy herbs, teas, and extracts. It also provides a healthy caffeine source, and green tea is often highly beneficial for our metabolic health and energy levels. However, this tea contains senna, which is a highly debated issue with these tea products. Senna can be addictive as our digestive systems often become reliant on this tea for proper bowel movements. It’s actually advised to not take senna for more than 14 days at a time, and SkinnyMint offers their tea detox in a 28-day form, so that is definitely a bit concerning. Consult with your doctor before using any detox teas, especially ones that contain senna.

If you are considering entering the world of tea detoxes, it is important to clear it with your physician. You should not embark on the Teatox without prior approval. Certain health conditions can worsen with caffeine or teas that impact digestion. Once approval is given by a medical profession, the Teatox will be immensely safe as SkinnyMint only uses the top natural ingredients in their teas.

SkinnyMint claims that this detox tea helps you lose weight, and by their company’s title, helps you become skinny. This is definitely a marketing play, as there is no miracle product that can make you skinny. A healthy diet and lifestyle are crucial, and although this tea may boost your metabolism, it’s far more important to promote a healthy diet and exercise routine. Also, the reason why you may lose weight from this tea is because of the more frequent bowel habits you may experience due to the senna leaf. This is a short term fix and not recommended for long-term use.

Who Should Use SkinnyMint Teatox?

SkinnyMint Teatox is definitely aimed at the middle-aged women demographic. The before and after pictures on their site are mostly of women within this category. Anyone can use this tea, but it is definitely recommended to consult with a doctor and do your research first. There are better alternatives to losing weight and increasing your metabolic rate. Also, if you’re using this tea to help improve your digestive system, there are many other options available today that don’t involve gastrointestinal dependence on a product/medication.

Where To Purchase SkinnyMint Teatox

Teatox can be purchased on SkinnyMint’s website or through a retailer. The SkinnyMint brand is looking for large retail partners that they will be able to create a mutually beneficial partnership with. The website is full of information on the products or reaches out if you have questions about a specific ingredient/product. 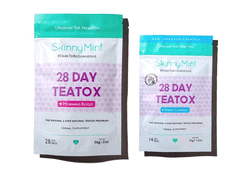 SkinnyMint Teatox: Is It Worth It?

Teatox is worth it if you are looking to jumpstart a new healthy lifestyle. If you are not ready to modify your other habits, you will not be able to garner the results from this detox process that you desire. The taste alone puts the Teatox ahead of a majority of other detox tea programs. The quality ingredients used to make this deliver on value.

Performix SST Review – A Closer Look at This Supplement

Dr. Mercola Complete Probiotics Review – Is It Worth A Try Or Not?

Keto Charge Review – Are Team Keto Electrolytes Worth It?

OsteoMD Review – Can This 1MD Supplement Give You Stronger Bones?