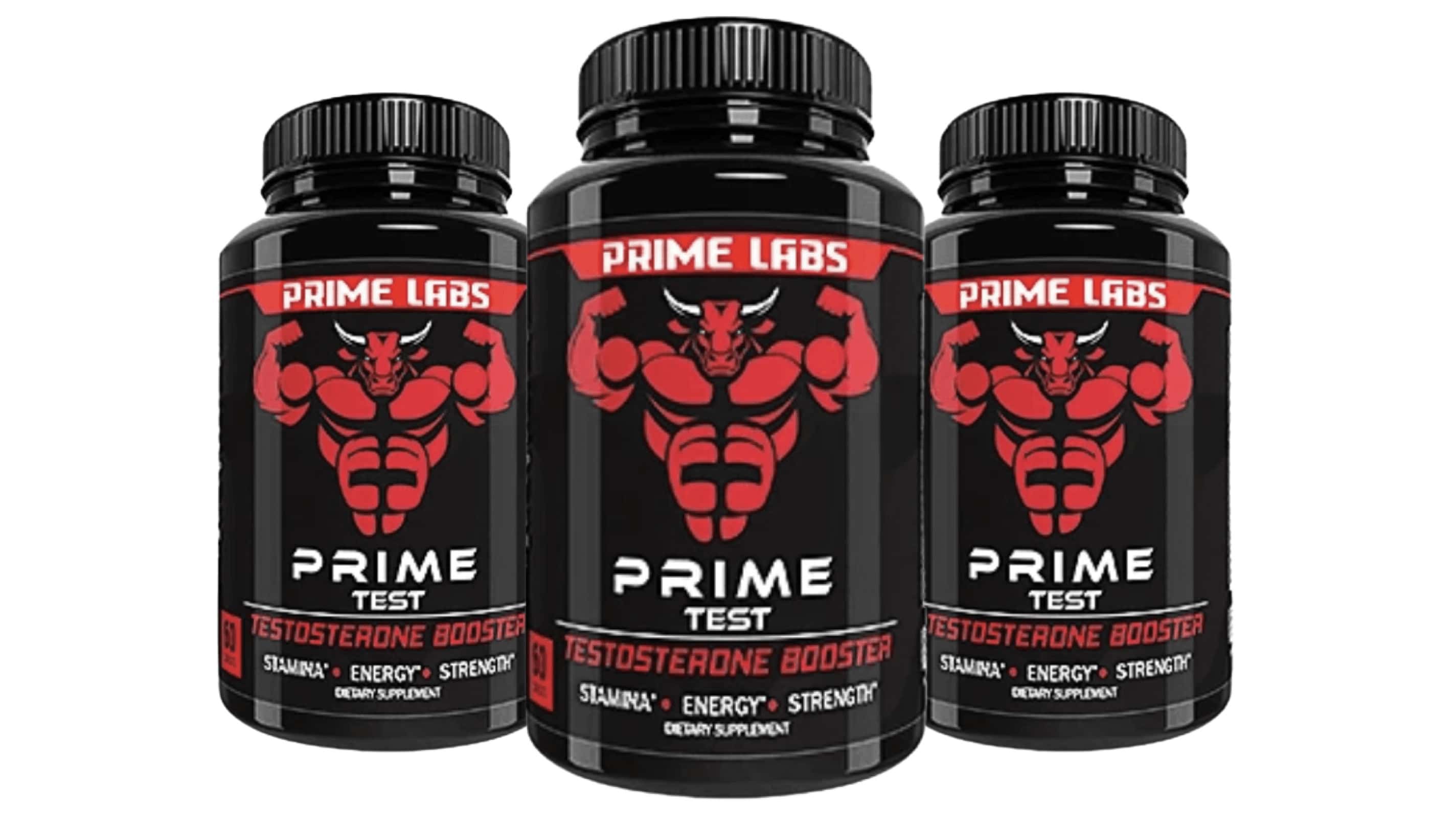 Beyond that, they claim this stuff will help jack your performance levels up by increasing the androgens in your system safely and naturally. The question is, does this testosterone booster truly measure up to all the claims? Let’s find out in this Prime Labs Prime Test review!

Prime Labs Prime Test combines minerals, extracts of bull’s testicles, and plant compounds in a formula meant to keep the androgens pumping through your veins.

Notice that we didn’t say anything about increasing your androgen production beyond what your body can put out using its own natural resources. That’s because doing so would require dangerous precursors or actual steroids, neither of which Prime Labs is willing to sell you–especially not the steroids since that would probably be very illegal of them. Granted, the extract of bovine balls does seem a little sketch, but let’s explore that in a bit, shall we?

When you’re low on testosterone, you’re low on steam, since it’s the stuff that drives you. Unfortunately, we may not always have as much as possible pumping through our veins due to reasons such as aging, poor diet and exercise habits, and modern endocrine-disrupting pollutants. This results in weight gain, poor mental outlook, and the feeling that your get-up-and-go has got-up-and-went. 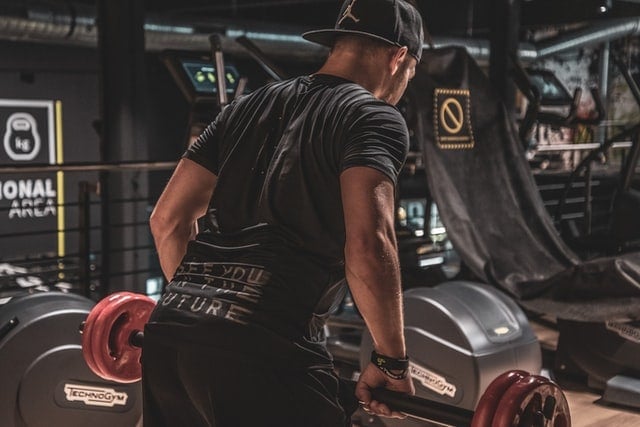 But Prime Labs Prime Test can restore lost androgen levels so that you get your mojo back. This means the stamina and energy to energize your workouts and get you back into the gym sooner with speedier recovery and more energy to do so.

While Prime Labs Prime Test can successfully restore low T-levels, one thing it won’t do is send them unnaturally high.

In other words, don’t expect ’90’s baseball player levels of androgens coursing through your veins, which is a good thing since there’s sound health reasons behind illegal steroids being illegal. That’s because beyond helping players hit monstrous home runs, steroids cause acne, shrunken man parts, and heart disease, along with many other negative side effects.

But by balancing your hormone output, you can enjoy healthy androgens that may not help you hit home runs like Mark McGwire (one-handed, and carefully, so as not to get hurt yet-again), but they also won’t cause things like ‘rhoid rage either.

Of course, one of the biggest benefits of healthy T-production is the satisfied smile on your wife’s face in the morning. Gone are the days when the spaghetti’s been over-boiled, and hello to stiffness when you need it, and for as long as you need it.

Granted, things can get embarrassing if you need to stand without your hands in your pockets in front of a large crowd, but a small price to pay for the bedroom stamina plenty of testosterone gets you. 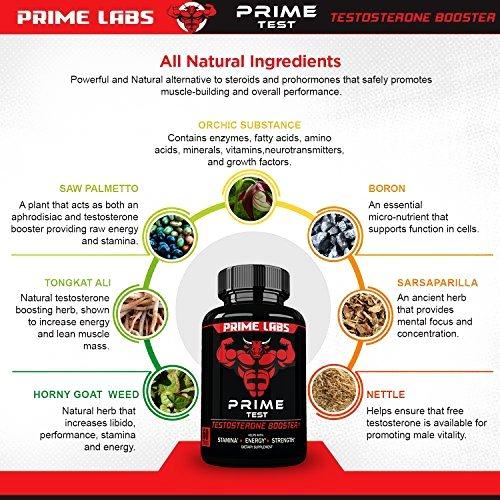 Though yet unproven, it’s believed there may be a link between serum calcium levels and serum androgen levels, as in, the more calcium in your blood, the more free-testosterone too.

Unfortunately, it’s mostly speculation, since there is little—if any—evidence of this being true.

Still, you need calcium for strong bones, muscle contractions, and other functions, so the 228 mg in Prime Labs Prime Test can at least do you some good in other areas.

Then there’s saw palmetto, which, by increasing your prostate’s health, also helps maintain strong testosterone production. Plus, if you’re doing more dribbling than shooting at the urinal, saw palmetto is a popular treatment for benign prostatic hyperplasia (BPH) and may be able to get the stream flowing again for you.

Next up comes the controversial orchic substance, which is the extract of a bull’s nuts. Unfortunately–and as much as it would seem that the extract of bull testicles would be the ultimate source of androgens–very little research has been done on the subject, so not a lot of info on its efficacy. In fact, other than men showing up at their doctors with symptoms of depression—a common side effect of steroid use—after unwittingly ingesting bovine gland powder, very little is known about the safety, side effects, or amount of testosterone bull ball extract may deliver. This makes it a rather sketchy ingredient that we would NOT consider “safe to use” in a supplement.

Still, if you’re willing to take the risk, it’s in there, and it might work.

On a better note—or at least, a safer one—is wild yam, which contains a plant steroid called diosgenin. But while scientists are able to manipulate it to produce various hormones—including DHEA, which is a precursor to testosterone—there is no evidence of your body being able to convert it.

Even so, it’s commonly used to balance hormones whether science says it will work for the purpose or not, so who knows? At least it appears to be safe.

On a similar note, is sarsaparilla, which scientists can use to synthesize androgens from in the laboratory, though there’s no evidence of it converting to androgens in the human body.

And finally, we have boron. Boron is a popular ingredient in many testosterone booster supplements; in addition to Prime Labs Prime Test, you’ll also find boron in Prime Male, TestoFuel, TestoGen, and many other products. Boron is a mineral that does have scientific evidence behind it, showing that it can increase your body’s testosterone output. This has been demonstrated in studies on both men and women who experienced noticeable sex hormone increases when going from being depleted of the mineral, to significantly raising their levels through supplementation. 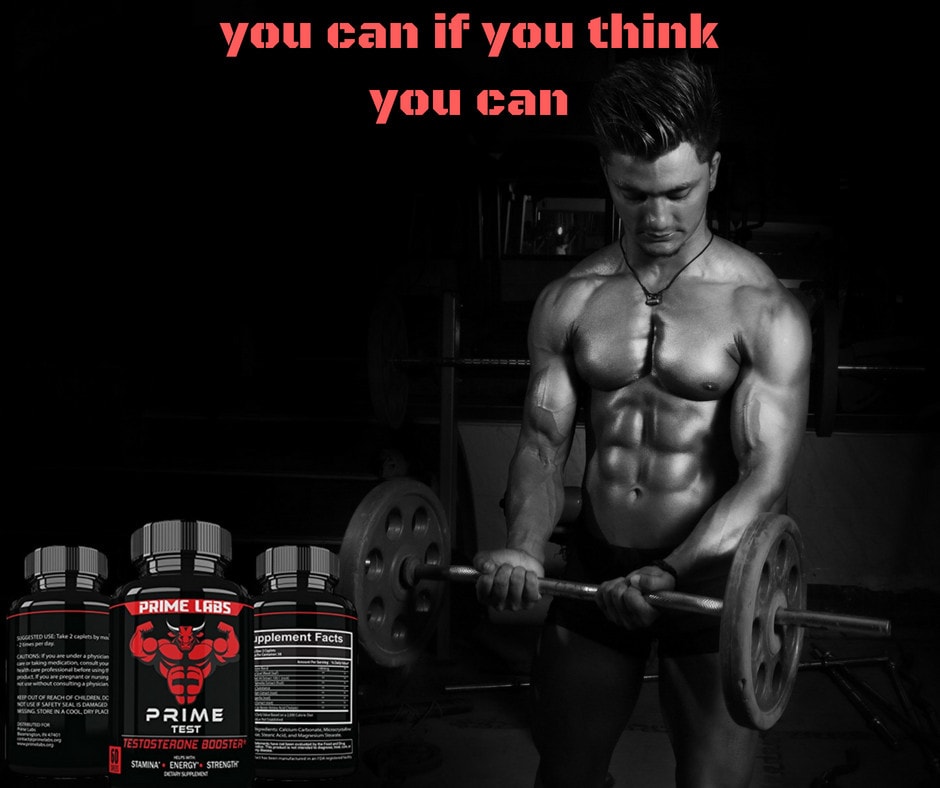 Who is Prime Labs Prime Test Best For?

This product should NOT be used by those under the age of 18, nor should it be used by pregnant or nursing women. Those who do use it need to be healthy and without any chronic diseases, especially cardiovascular, and also need to be willing to treat their bodies as a testing laboratory.

Remember that orchic substance may be similar to what NFL players and pro wrestlers used with back in the days before steroids became refined and “sort of” safe. Rhoid rage was also common in locker rooms, as was depression, acne, and tiny balls on enormous men.

Hate to say it, but the inclusion of orchic substance in Prime Labs Prime Test prevents us from agreeing with Prime Labs on the product’s safety and lack of side effects. We also don’t consider the consumption of the extract of bull balls a “natural” thing to do even if the substance itself may be considered natural, so there’s some gray areas we’re not entirely comfortable with here. Prime Labs also doesn’t mention anything about cycling, which IF there’s testosterone available in orchic substance would likely be necessary. This may indicate either very low levels of orchic substance included, or that the company is reckless and really doesn’t care about your health.

Let’s hope for the former, even if it means they’re essentially ripping us off.

Even so, there are compounds in the product that can safely and effectively help you maximize your body’s T-production, just that orchic substance may not be one of them. 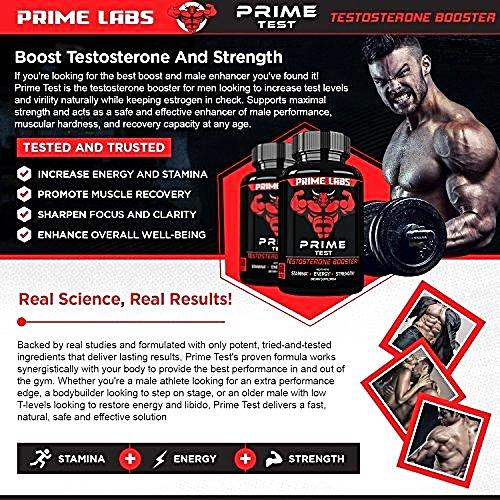 Again, with the orchic substance and the lack of a need for cycling—is Prime Labs just blowing smoke on there being an effective amount in here, or are they just plowing forth, consequences be damned?

Seeing as to how they haven’t yet been sued out of existence, we’re thinking more the former than the latter.

So, if you use this product regularly without cycling, you either stand the chance of some very negative side effects that include a high rate of testosterone aromatization, which is when testosterone converts to estrogen; or Prime Labs isn’t being on the up-and-up about what’s really in the product.

In other words, we’ve got more questions than answers.

At the current sale price of $19.99 for about a month’s worth, which is a $6 discount over the MSRP of Prime Labs Prime Test, at least Prime Labs keeps the price right.

If you’re willing to take the chance of this stuff either being not-so-good for you, or not working at all, it is widely available through Prime Labs’ own site, Amazon, Walmart, Vitamin Store, and many other online and traditional retailers that sell bodybuilding supplements.

Total War Pre Workout Review – Is This Supplement Worth The Hype?

Rootine Vitamins Review – Are Personalized Vitamins Worth The Money?

Colon Broom Review – Can This Supplement Help Your Digestive System?

Blue Star Status Review – Is This Testosterone Booster Worth Using?

RediMind Review – A Look At This Natural Cognitive Enhancer

Just Thrive Probiotic Review – How Does This Supplement Compare?

Advocare Spark Review – Is This Daily Water Supplement Worth the Price?

Ketone-IQ Review – Is This Drink Worth The Purchase?