Onnit Krill Oil Review – How Does It Compare? 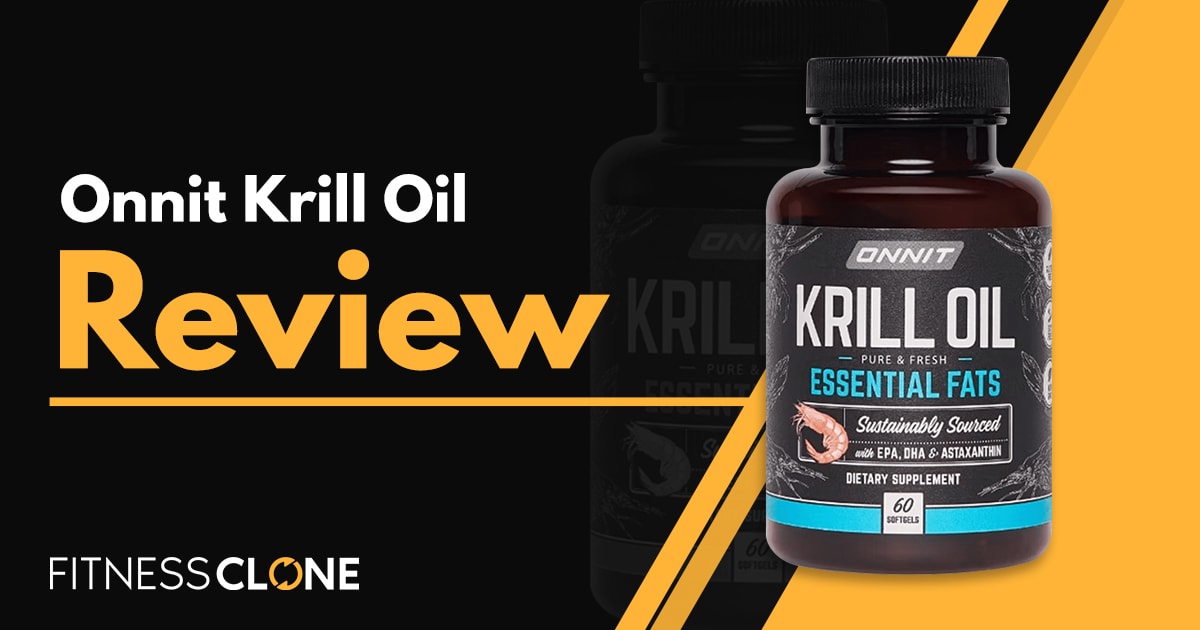 Fish oil supplements are certainly popular these days, but have you heard of their “cousin,” krill oil?

While krill oil might not get as much love right now, the trend may change since it is actually loaded with quite a few benefits too.

And in this article, we’ll take a look at a supplement called Onnit Krill Oil to see what benefits it may have over traditional fish oil, as well as the overall product quality.

So, continue reading this Onnit Krill Oil review as we go over this supplement’s description, its ingredients, possible benefits, and who could ultimately benefit from it.

Their Krill Oil supplement is, as they say, “like fish oil, only better.” They use sustainably sourced krill from the frigid Antarctic waters, which is rich in essential fatty acids and astaxanthin, the latter of which is not found in regular fish oil.

Plus, krill oil is said to contain far less contaminants than fish due to their shorter lifespan and location far away from industrial contamination.

All in all, Onnit Krill Oil is made to be a healthier, safer, and more effective product than regular fish oils.

The main benefits of Onnit Krill Oil include:

With high amounts of EPA, DHA, and phospholipids, Onnit Krill Oil is advertised to support brain health and cognitive function. And they say that the phosphatidylcholine in krill oil supports brain health more efficiently than the triglycerides in fish oil.

Onnit Krill Oil is also promoted to support heart and joint health due to the anti-inflammatory nature of omega-3s, as well as astaxanthin.

Lastly, Onnit Krill Oil is marketed as a more sustainable and safer alternative than fish oil.

The krill in Onnit Krill Oil are harvested in pristine waters, and since they also have a shorter lifespan than fish, this reduces the chance for contaminant build-up, leading to a safer, less toxic product.

Moreover, the krill are harvested in a way that is sustainable and limits any damage done to the natural ecosystem in the Antarctic.

So, is Onnit Krill Oil really a healthier, safer, and more effective fatty acid supplement than fish oil? And what benefits may it have to offer?

To find the answers to these questions, continue reading!

There’s really just one ingredient in Onnit Krill Oil…krill oil! And then, it lists the individual components that krill oil provides, including phospholipids, omega-3 fatty acids, and astaxanthin.

So, what’s the deal with krill oil? Does it have any benefits?

Well, one of the main features of krill oil is its high phospholipid content, which is integrated with EPA and DHA omega-3 fatty acids.

Plus, krill oil is rich in astaxanthin, vitamin A, flavonoids, tocopherols, and other micronutrients.

And research has shown that the combination of EPA/DHA in the form of phospholipids makes krill oil more efficient than fish oil at elevating fatty acid levels in the brain and other parts of the body, which potentially means greater health benefits.

Additionally, the astaxanthin found in krill oil is known to be a powerful free radical scavenger, so it offers antioxidant and anti-inflammatory effects associated with many health benefits.

Plus, the astaxanthin in krill oil actually makes it effective for prolonging shelf life and product quality.

The main benefits of krill oil supplementation include anti-inflammatory effects, cardiovascular disease prevention, neuroprotection, and even some anticancer effects.

As of now, it’s safe to say that Onnit Krill Oil is likely a solid fatty acid supplement to improve some aspects of health and wellness.

They use a modest but still effective dose of krill oil, which has been shown to deliver antioxidant, anti-inflammatory, brain-boosting, heart-protecting, and joint-supporting effects.

The EPA/DHA content seems to be low at first glance, but it has a much higher bioavailability than fish oil, so not as much is needed. Although, a higher dose is better in some cases (see the next section).

And the astaxanthin content in krill oil offers a one-up on fish oil, so this definitely should be a solid supplement.

In all likelihood, Onnit Krill Oil should be able to support brain, heart, and joint health, while also delivering antioxidant effects.

However, it’s important to understand that not everyone will benefit from the same dose; some people may need more than others.

The dose of 1,000mg may be enough for general support in the aforementioned areas, but if you’re looking to specifically improve cognitive function, reduce depression, or greatly reduce the risk of cardiovascular disease, the dose sometimes needs to be 2,000 to 3,000mg per day.

In those cases, it may be better to pick a more potent supplement, such as Carlyle Antarctic Krill Oil.

And also, keep in mind that the effects will likely take some time to develop; most likely at least a few weeks up to several months before maximum effects occur.

Lastly, krill oil is just one part of a healthy diet and lifestyle, so it won’t really do much for brain health, heart health, or other things if you have a crappy diet, never exercise, don’t get much sleep, etc.

Who is Onnit Krill Oil Best For?

Some possible side effects of Onnit Krill oil include:

Additionally, the supplier of krill for Onnit Krill Oil is certified by Friend of the Sea, which ensures sustainable fishing practices.

How to Take Onnit Krill Oil

Where to Buy Onnit Krill Oil

You can buy Onnit Krill Oil on the official Onnit website at this link.

Krill oil is a little bit more expensive than fish oil per serving, but with the price per serving still under a dollar, this is definitely affordable for most. 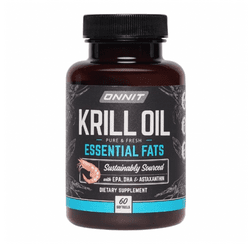 In conclusion, Onnit Krill Oil definitely seems to be a fatty acid supplement worth buying. It has a pretty solid dose of krill oil and gives you a wide range of health-boosting ingredients in bioavailable forms, including EPA, DHA, phosphatidylcholine, and astaxanthin.

Plus, it has a higher safety profile and is more sustainable than some fish oils.

So, if you want to make the switch, or are just trying to start out incorporating fatty acid supplements, consider Onnit Krill Oil.

Clean BCAA Review – Should You Use This Clean Machine Supplement?

Bowmar Greens Review – Is This Superfood Powder Worth The Price?

Flat Tummy Tea Review – How Does It Compare?