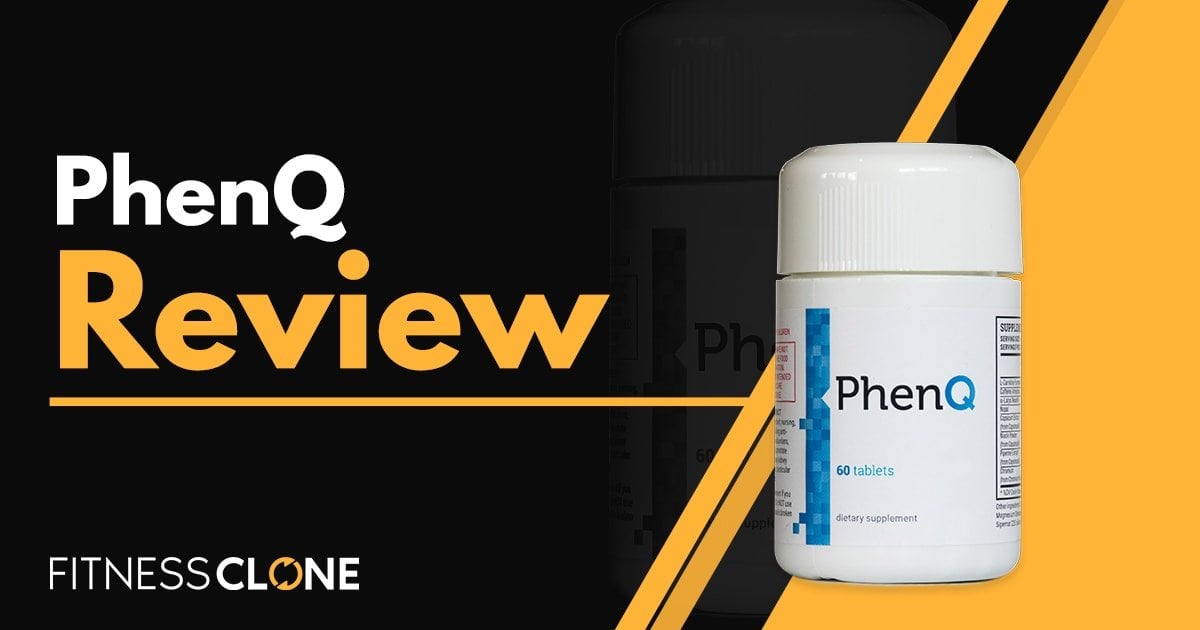 PhenQ is marketed as a natural weight-loss/fat burner supplement. It is actually a product manufactured by a larger company, Wolfson Berg Ltd. Wolfson Berg makes about another dozen health/wellness related supplements under various other names. According to filings in the UK, they Wolfson Berg has been around since 2016, but some websites refer to Wolfson Berg as being around for 30+ years. The company claims to manufacture in cGMP, FDA approved facilities but there don’t seem to be any US addresses connected to them. It is difficult for the FDA to actively regulate all of the supplement manufacturer facilities in the US. Therefore, it is unlikely that a small overseas company, like Wolfson Berg, have been appropriately reviewed by the FDA.

There are a lot of fat burner and weight loss supplements out on the market, such as Slimvance and Skald. How does PhenQ compare? Let’s take a more thorough look at PhenQ.

NOTE: We currently recommend Skald over PhenQ. Here’s why

The website claims that the fat burning process will be sped up by utilizing ingredients that boost metabolize.

Some of the ingredients in PhenQ do affect metabolism. Any fluctuation in metabolism can impact cravings and appetite.

In fact, none of the ingredients found in PhenQ directly slow down fat production. They may influence or slow fat production by impacting blood sugar though.

Caffeine is a powerful stimulant. As a result caffeine users often reported feeling more energized. Some users may also note a shift in their mood.

Niacin, vitamin B3, is traditionally used in medicine to improve cholesterol and triglycerides. It is not known for having potent effects on weight-loss. Often times, supplements include niacin in their formulations to make the user “feel” something. Niacin can cause flushing, which is blood rushing to the surface of the skin. Users often report a tingling or pin-prick-like sensation on their skin when they take too much niacin.

Copper has been shown in a few studies to be correlated with a weight-loss and healthy weight. This is because copper is a trace mineral intricately tied to metabolism. When people become deficient in copper, it throws off the balance of their metabolism. As a result, fat accumulation and weight gain will ensue. This does not mean copper will help everyone reach their weight-loss goals. In fact, people interested in supplementing with copper should take caution not to consume too much. Too much copper can result in serious side effects and impair absorption of other important minerals. Additionally, the copper that PhenQ uses is quite poor quality. The preferred mineral form for supplementation is something called a chelate. This is where the mineral, copper, in this case, is attached to an amino acid, often glycine.

Chromium picolinate is popular among fat burning products, like LeanBean Fat Burner. It has a deep body of research supporting its use in regulating blood sugar. Chromium picolinate is the preferred form by nearly all medical professionals when it comes to blood sugar metabolism and diabetes. It is ironic though that PhenQ lists the following study as evidence of chromium’s metabolic benefits (https://www.ncbi.nlm.nih.gov/pubmed/16184071). The very study mentions patients were taking 600mcg of chromium picolinate whereas PhenQ contains a mere 10mcg per capsule. PhenQ users would need to take an entire 60ct bottle every day to reach the dose tested by the study they reference.

While it sounds like a no-brainer to include carnitine into any weight-loss program, the research doesn’t seem to support this thought. The data has been mixed on carnitine’s benefits for those trying to lose weight. The recommended dose for carnitine is often reported around 2g per day. PhenQ contains a lacklustre 0.15g per capsule.

Caffeine is the active chemical found in coffee that invigorates people to start their day in the morning. Caffeine Anhydrous can be found in many fat burners, such as Lipo-6 Black Ultra Concentrate. Caffeine has been studied extensively for its effects on exercise, energy, and fat metabolism. Caffeine may help aid in weight-loss by its thermogenic effects (raising body temperature). It may also help burn additional calories because people tend to move around more after ingesting caffeine.

PhenQ contains approximately 2 cups of coffee worth of caffeine. The exact caffeine content is 142.5mg. Without a doubt, this is the most potent ingredient that PhenQ contains. At this dose, many people may experience irritability, jitters, and/or anxiety. More is not always better when it comes to caffeine.

This ingredient is a patented blend of alpha-lipoic acid, cysteine, and magnesium. Rather than digging into the roles of each ingredient, it is important to assess the dose. Magnesium alone is often dosed around 500-1000mg. Alpha-lipoic acid is typically recommended at 300mg or more per day. Cysteine is often supplemented at 300mg or more per day as well. PhenQ contains a laughable 25mg.

Nopal is a cactus that some people may know by prickly pear cactus. Nopal itself isn’t an active ingredient, it is in fact made up of numerous antioxidant compounds, minerals, and vitamins. Together these molecules may exert benefits on inflammation, blood sugar, and cholesterol. However, it does not do much in the way of burning fat. Additionally, PhenQ does not standardized for any particular compound in nopal so it is difficult to assess its purity/quality. Not to mention the recommended dosing of nopal is 500-650mg per day whereas PhenQ contains 20mg. Not even 10% of the recommended dose.

Capsicum comes from chilli peppers. The active compound credited with health benefits is capsaicin, the same thing that makes hot wings spicy. PhenQ does not use a standardized extract, so there is no way to determine quality and purity. Common doses for capsaicin is 30-120mg, and not the 8mg found in PhenQ.

Piperine is the active compound found in black pepper. It has been included in nearly every type of supplement on the market. Piperine has been shown to enhance the absorption of nutrients called bioflavonoids. By increasing absorption, companies’ can improve the efficacy of their products. However, very few people talk about the drawback of piperine’s use in supplements. While piperine increases the absorption of other nutrients, it also increases the absorption of everything. This means viruses, bacteria, and protein can be absorbed into the bloodstream where they shouldn’t be found.

PhenQ’s formulation in terms of ingredients, ingredient quality, and ingredient dosing leaves very little to be desired. Very few if any people will notice any significant effects other than a caffeine rush and/or tingly skin from the niacin.

PhenQ falls short in every claim they make. The poor formulation and ingredient quality (or lack thereof) make this product nothing more than an expensive plastic bottle.

Who Is PhenQ Best For?

We have a hard time recommending PhenQ to anyone.

Those with heart conditions should stay away.

Where To Buy Phenq

L-Carnitine – A Review of Benefits, Side Effects and Dosage

Capsaicinoids and capsinoids. A potential role in weight management? A systematic review of the evidence. – PubMed – NCBI

A scientific review: the role of chromium in insulin resistance. – PubMed – NCBI

Overall Rating: 0.81 out of 5
Categorized in: Fat Burner Reviews, Reviews