Krill Oil Vs. Fish Oil – Which Is Better For Your Health? 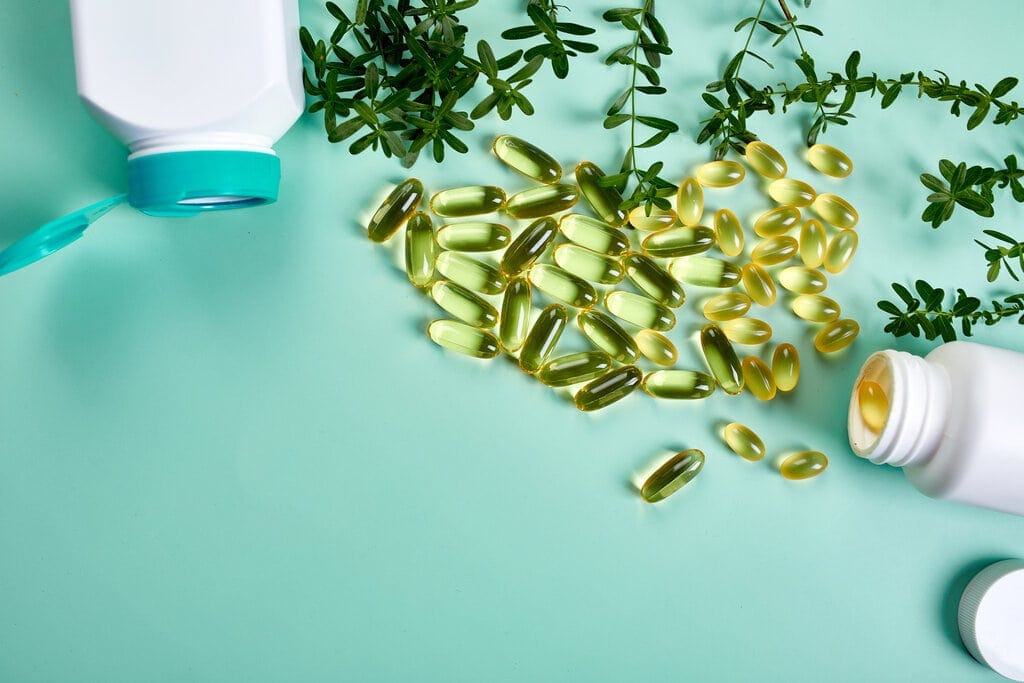 However, although both oils contain omega 3 fatty acids, some claim that krill oil may be better than fish oil in terms of absorption and other benefits. While krill oil comes from Antarctic krill, fish oil comes from different types of fatty fish, making them a great source of omega. This fact alone is what sets the oils apart when it comes to benefits.

In this article, we are going to briefly take a look at the differences between krill vs. fish oil and see which is better between the two. While both contain omega 3s it’s important to know the difference in quality and benefits so you can decide which has what you need.

Without further ado, let’s get started with this guide to Krill Oil vs. Fish Oil!

What Is Krill Oil?

Thanks to its omega-3 fatty acids, krill oil is used for heart problems, eye problems like dry eye disease, high levels of triglycerides, and high levels of cholesterol. However, more research is needed to see the effectiveness of krill oil against these diseases and conditions.

There are many effects of krill oil, so we will focus on the top studied. Some human studies suggest that our body can better absorb krill oil because the fatty acids found in krill oil comes in the form of phospholipids, which according to many experts, make krill oil more absorbable compared to fish oil, wherein its fatty acids come in triglycerides form.

For instance, in one study, participants were asked to either take fish oil and krill oil, but the krill oil in question have lower doses compared to the fish oil. Interestingly, despite having lower doses, both krill oil and fish oil gave the same amount of DHA and EPA to the participants.

However, although there are studies made regarding the absorption of krill oil in our body, many experts believe that more study is needed to conclude that krill oil is indeed better absorbed by our body compared to fish oil.

Astaxanthin is an antioxidant that can be found in krill oil. Aside from giving krill oil its reddish color, research suggests that astaxanthin can provide heart health benefits as well as anti-inflammatory and antioxidant benefits to our body.

In one example, according to one study, astaxanthin can lower triglycerides levels and raise HDL or “good” cholesterol. However, more astaxanthin is used in this study compared to the amount of astaxanthin that you can get from typical krill oil.

Nevertheless, getting antioxidants is still good because it protects your body from inflammation by fighting off free radicals, a major factor in the development of inflammation.

Inflammation, especially when occurring over a long period, can contribute to major diseases like heart disease, diabetes, and obesity.

What Is Fish Oil?

Fish oil is an oil that comes from fishes, especially fatty fishes. Like krill oil, fish oil is also widely known for its omega-3 fatty acids. In fact, in terms of rich sources of omega-3, it’s is more popular than krill.

As mentioned above, fish oil can be obtained from fish. So, if you are fond of eating fish, then you are likely getting good amounts of omega-3 fatty acids. Specifically, fish oil can be found in fatty fishes like tuna, salmon, mackerel, and herring. Aside from eating fish, you can also get this oil through dietary supplements.

Fish oil is known for its benefit for things like heart disease and brain health, thanks to its omega-3’s. The US Food and Drug Administration (FDA) even approved some fish products like prescription medicines to lower triglycerides levels in our bodies.

Apparently, like krill oil, fish oil provides the same health benefits because it is rich in omega-3 fatty acids, particularly DHA and EPA, which are both known for their benefits for the heart and mental health. But can this oil be any better than krill?

Although fish oil may be less absorbable by our body than krill oil, the main benefit comes in its accessibility.

Fish oils are more accessible and cheaper when compared to its counterpart. To begin with, you can get this oil just by eating fatty fish alone like tuna, mackerel, and salmon. If you are fond of eating these fishes, you are already getting good amounts of fish oil and the omega-3 fatty acids that come with it.

In short, although fish oils are less potent in terms of their properties relative to krill oil, you can get most of it through its accessibility and affordable supplements.

The main benefits of krill and fish oil come from the omega 3s it contains. Omega-3sare made up of alpha-linolenic acid (ALA), eicosapentaenoic acid (EPA), and docosahexaenoic acid (DHA). While EPA and DHA are more popular, making sure ALA is present as well is crucial for maximum health benefits.

These omega 3’s can be found in the original source as well as the supplement source. This means getting the benefits from fatty fish is helpful as taking the supplement or vitamin is.

Krill Oil Vs. Fish Oil: Which Is Better?

Krill oil vs fish oil, which is more beneficial to you? Although krill and fish oil have significant differences, when it comes to health benefits, they remain the same – both are rich in omega-3s, and hence, both can provide aid to heart disease and brain health benefits for your body. That being said, whether you’ll choose fish oils or krill oil will depend on your personal preference.

You may opt to explore the benefits of krill oil and see if it will work better for you compared to fish oil. However, krill oil comes at a relatively high cost, and it may not be good for your budget in the long run.

On the other hand, fish oil may not have the perks that krill oil can give you, but its accessibility and affordable price meant that you can also get sustainable amounts of omega-3 from it – well, if you are fond of eating fish like tuna and salmon, you’re already getting good amounts of it!

The good thing about these supplements is that they tend to have minimal side effects. When looking for a supplement to take, make sure that you buy one that is high quality. Typically products that boast crazy benefits like “will prevent you from a heart attack,” are ones to stay away from. The more high quality the brand, the saner the benefits will sound. Stick to these brands over the highly marketed ones.

If you want to try either omega 3 supplements and you’re not sure which brand to use or try, the following are some of our recommendations. These are supplements that have been tested and tried by both the brand and outside sources, making them a great option to take.

Aside from providing EPA and DHA, this oil supplement also provides a good amount of vitamin D, which is important because we only get vitamin D from very few food sources. This is one of the most popular fish oil supplements on the market and for good reason. It’s high quality and from a great brand.

GET THE BEST PRICE ON NATURE MADE FISH OIL

Fish oils are a great way to improve your energy. Life Extension offers 1200mg of EPA and DHA into every serving, hence the name “Super Omega-3”! Simply put, you’re getting more EPA and DHA from this supplement, which makes it one of the top fish oil supplements.

GET THE BEST PRICE ON VIVA NATURALS ANTARCTIC KRILL OIL

This Sports Research supplement does not contain any filler and soy. Aside from that, this supplement is only made up of three ingredients in addition to the krill oil itself.

GET THE BEST PRICE ON SPORTS RESEARCH ANTARCTIC KRILL OIL

Should You Give Krill Oil Or Fish Oil A Try?

It should be no surprise that these supplements are great for your body, as oily fish and fatty fish, in general, is awesome for preventing heart attacks and providing humans with a source of omega.

If you are trying to increase your daily intake of omega 3s, supplementing with these oils can be beneficial. The three omega fatty acids alpha-linolenic acid (ALA), eicosapentaenoic acid (EPA), and docosahexaenoic acid (DHA), have a variety of benefits that can help increase your well-being. EPA and DHA are more well-known than ALA but all three are beneficial. EPA and DHA can be found in fish and other seafood, but all three can be found in krill in particular.

It’s always important to do your own research on the health information of supplements before you try them out. Make sure to ignore media websites when doing your research, and stick to either medical or nutritional websites.

Tim Ferris Slow Carb Diet Review – Can You Get Better Fat-Loss Through Simplicity?

How To Make Your Own Pre-Workout – A Detailed Guide

Best Supplements For Stress – Top 4 Picks To Relieve Your Mind

What Foods Does Dr. Gundry Recommend? – A Complete Guide