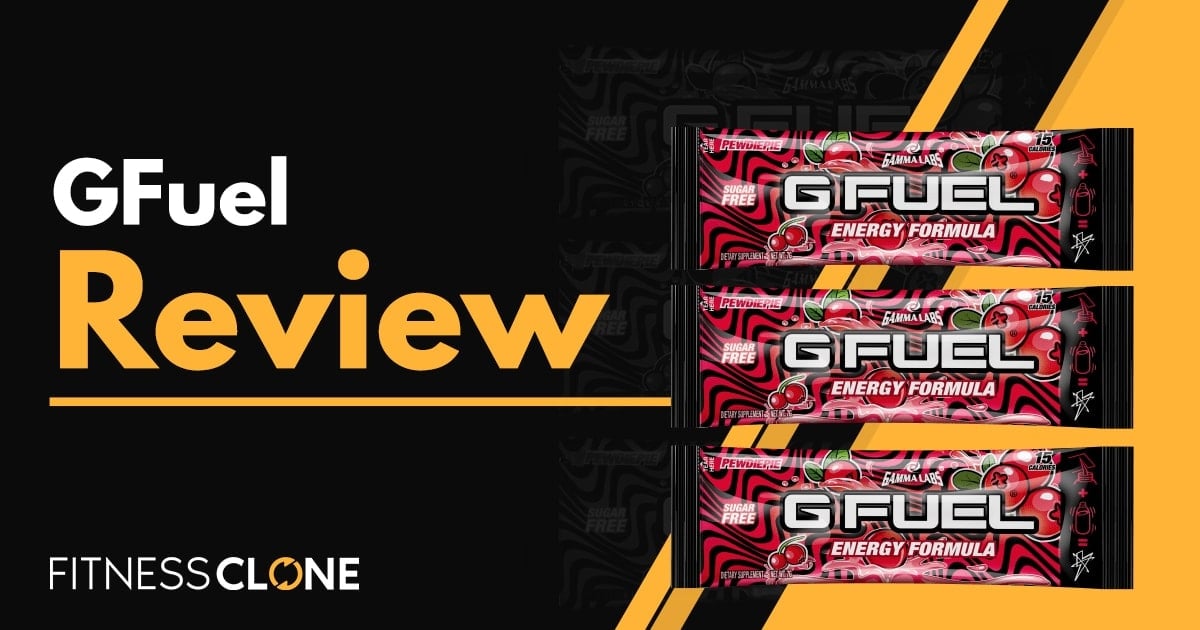 Marketing itself as the official drink of Esports, GFuel is a high-octane energy drink mix designed to boost concentration and attention for marathon gaming sessions. GFuel also sells itself as not having any extra sugars, which are a nice way of distinguishing itself from other high-sugar energy drinks.

Esports has become super popular in recent years. Despite what people might think, Esports require a high level of attention and concentration. Just one slip and your entire streak can get ruined, or even worse, your partner gets wiped out because you got distracted.

That is where GFuel comes in. GFuel claims it can help gamers maximize energy and concentration and stay hydrated, so they’re always on top of their game. As it should be.

Our GFuel review today will discuss this acclaimed fan favorite and cover some of its pros, cons, ingredients, flavor profiles, controversies, and more. Then we will let you know whether it is really all it’s hyped up to be.

GFuel is marketed as the official energy drink of Esports. The “G” in GFuel stands for “game,” and it contains a blend of ingredients designed to boost endurance, focus, and concentration. GFuel also contains no extra sugars, making it a healthier alternative to other energy drinks in that aspect.

GFuel claims that it is made from 100% natural ingredients and is superior to other products due to its unique formula. GFuel also contains some antioxidants and other ingredients that can help boost the immune system. Further, the company claims that GFuel has no side effects. We’re about to find out how accurate these claims are.

Each GFuel canister comes with enough powder for 40 servings. Mix the powder into your favorite beverage, and you have over 650 mg of antioxidants from 19 different fruits and a solid dose of caffeine. They also have a smaller single-serving pack, and the company recently launched its new line of premixed canned GFuel. There are also caffeine-free versions for those sensitive to stimulants.

The GFuel blend contains 3 complexes of ingredients for energy, focus, and antioxidation. Each one has a different list of ingredients. GFuel also comes in a ton of other flavor profiles, from unique blends like the Spicy Demon’ade to more traditional fare like strawberry, lemonade, iced coffee, and vanilla. 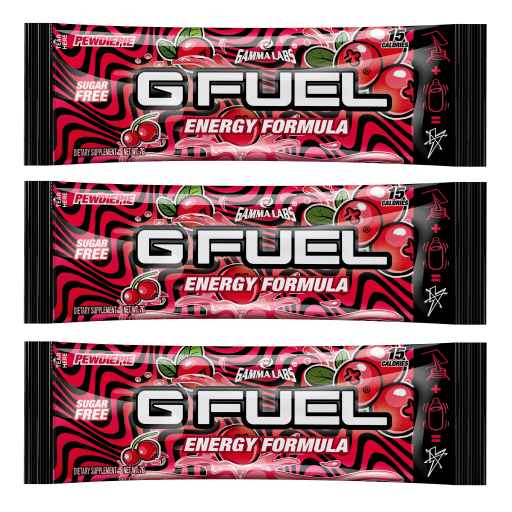 GFuel is designed and created by GFuel, a subsidiary of Gamma Labs, a fitness and nutritional supplement company based out of Missouri. GFuel is wholly dedicated to making supplements for gamers. Their goal in creating GFuel was to make an alternative energy drink that didn’t contain as many sugars as other popular drinks like Red Bull and Monster did.

GFuel is for more than just gamers too. Several UFC fighters, bodybuilders, skateboarders, NFL players, and other athletes use GFuel, as it has a caffeine-free hydration line of products. The high energy content of GFuel makes it a favorite among athletes of all sports. The company has locked down the gaming niche and regularly advertises its products with major games like Call of Duty.

We checked out GFuel’s BBB profile, and they have pretty stellar reviews. They have an A+ rating and an average of 4.87 out of 5 stars for 954 customer reviews. The small handful of complaints on the page is related to the company’s shipping and billing practices.

How Does GFuel Work?

GFuel works by providing energy to boost attention, focus, memory, and concentration, all things needed for marathon gaming sessions. The manufacturer states that GFuel is safe for anyone to drink and has no side effects.

According to the makers, GFuel takes about 15 minutes to kick in, and a single serving lasts about 4-6 hours. Unfortunately, there are no clinical studies to validate these effects. Still, the majority of customer reviews on the website are very positive and say that the products work exactly as intended. 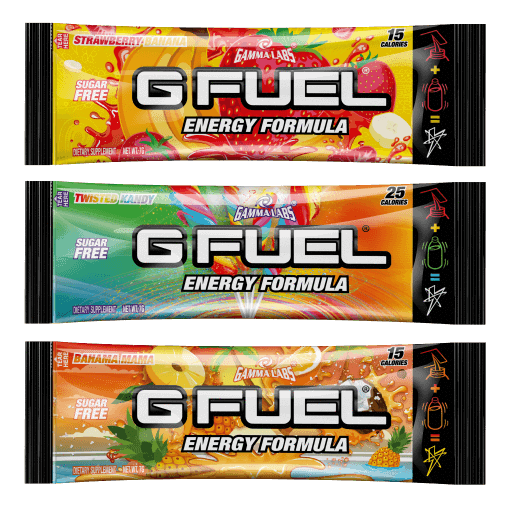 GFuel contains 3 distinct complexes that contain different ingredients. The complexes are the energy, focus, and antioxidant complexes. Some major components in the blend are: 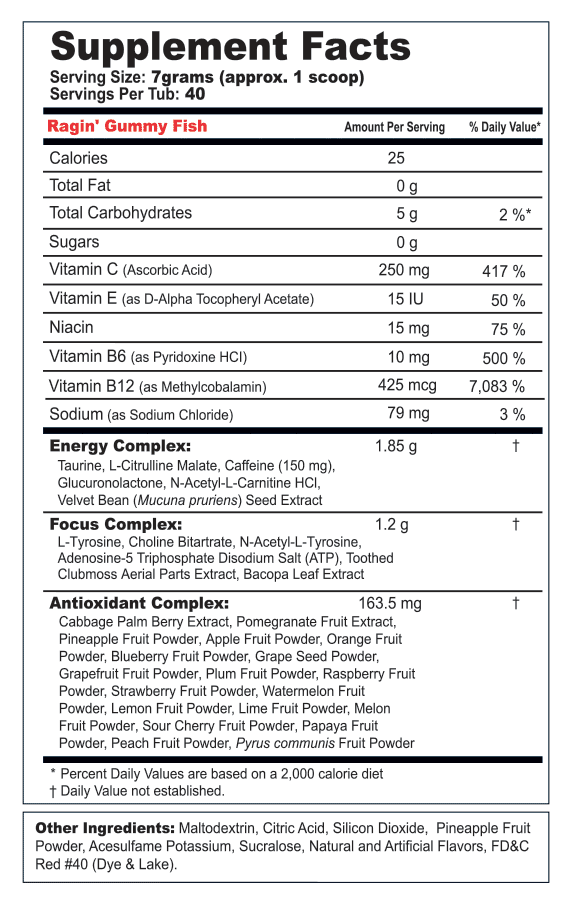 GFuel is sugar-free. But if it is, where does the sweet taste come from?

What Is The Best GFuel Flavor?

GFuel has over 20 different flavors, making picking out a favorite really challenging. However, some best-selling flavors include Pewdiepie, Watermelon, and BlueIce.

Is GFuel Healthier Than Energy Drinks or Coffee?

While we cannot directly conclude that GFuel is the healthiest substance out there, it contains fewer calories than most energy drinks and has no added sugar. It also contains vitamins to offer some nutritional support. Coffee is coffee and has its benefits and indications.

GFuel does not name any side effects, but some users say that drinking too much can make them jittery and uncomfortable, a common side effect of energy or caffeinated drinks. The creators recommend not drinking more than once a day or more than 4 times a week. Remember that 150 mg of caffeine for a 12 oz. drink is a higher caffeine amount than most other energy drinks.

Where to Buy GFuel and Cost

You can buy GFuel directly from the company’s website or a third-party online retailer like Amazon. A 40-serving canister of GFuel powder costs $35.99. A 20-pack of single-serving GFuel packets costs $25.99, and a mix-and-match three-pack is only $5.

You can also buy GFuel from physical retailers like GNC, the Vitamin Shoppe, and Walmart.

GFuel: Worth it or Not?

Our verdict is yes, GFuel is worth the purchase. It has a solid list of ingredients and a fantastic word-of-mouth reputation and is a much healthier alternative to many other carbonated energy drinks out there. It also has a ridiculously wide range of flavors to choose from and an extensive range of product options. You can buy a huge 40-serving canister or buy a three-pack at a time to try it out.

Overall, it’s a good energy drink that performs just as well as popular blends. It does have a higher amount of caffeine than average, so those who are caffeine-sensitive can buy the caffeine-free versions.

EBOOST Super Powder Review – Can It Really Amplify Your Energy?

IdealRaw Organic Protein Review – Is This The Right Protein Powder For You?

Neuro-Peak Review: Is This the Right Brain Support Supplement for You?