BrainZyme Review – How Does This Nootropic Compare? 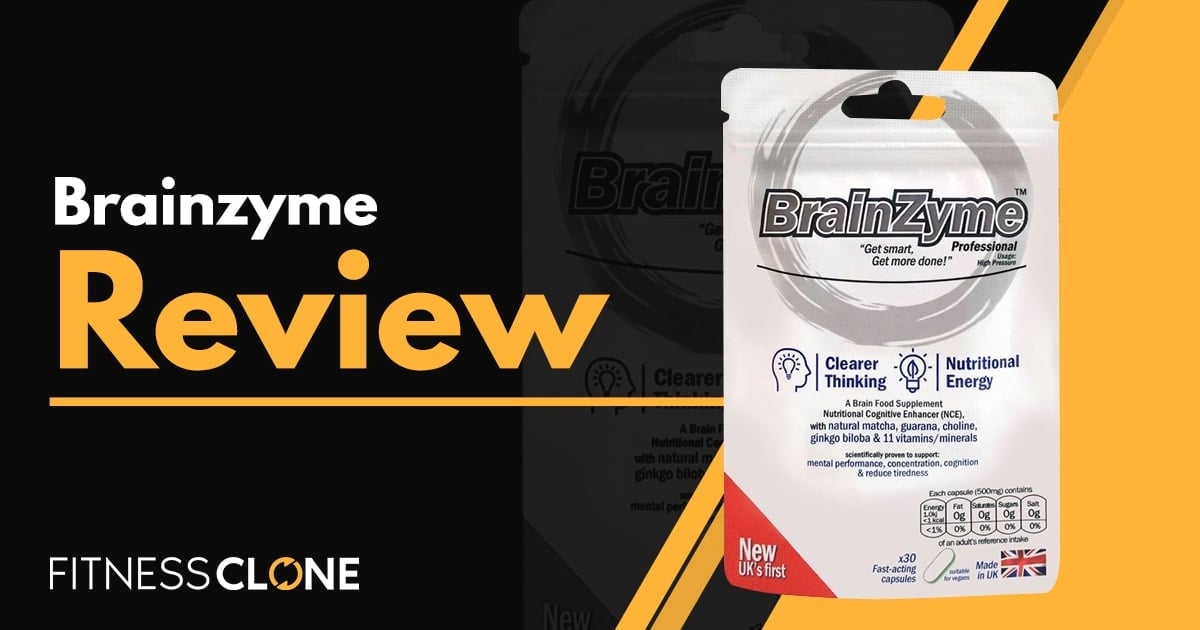 The brain is the most important organ in the body. Every day, countless neurons in your brain are firing which lets you think, reason, plan, and experience things. What happens when this firing slows? You get groggy, lose focus, and find it harder to concentrate, think, and solve problems.

Nootropics are products designed to promote more efficient brain functioning. Nootropics (also called smart drugs or cognitive enhancers) claim to improve cognitive functioning such as memory, motivation, executive functions, and creativity. Many prescription drugs and common food additives such as Adderall or caffeine can be described as nootropics and there is a wide range of OTC dietary supplements that market themselves as nootropics.

BrainZyme is an interesting new nootropic that has popped onto our radar. It claims to improve clear thinking by supplying the brain with healthy nutrients meant to enhance neural functioning. There are a ton of nootropics out there that make all kinds of claims about how they can help your minds. Unfortunately, most of these claims are, to be blunt, a bunch of bupkis.

So how does BrainZyme compare to other nootropics, like GenBrain and Activated You Morning Complete? We are going to take a good look at BrainZyme and talk about its pros, cons, cost, where to buy, and whether or not it works as it’s intended.

BrainZyme is a UK-manufactured nootropic made by Better Nutritional Science that contains energy stimulating ingredients. BrainZyme is made from natural ingredients including guarana, choline, and green tea extract, all of which are known for their stimulant properties. BrainZyme’s blend is 100$ vegan, gluten-free and does not contain any common allergens so it is safe for virtually everyone.

BrainZyme claims to be an all-purpose solution for people who want better cognitive performance and is primarily marketed at athletes, students, and parents. BrianZyme claims it is more effective than either coffee or tea as a stimulant and the company has a range of sister products that are designed for similar effects.

Each BrainZyme serving comes in a convenient pill form and a single package contains at least 30 capsules. The manufacturers recommend taking 2-3 pills per serving, and 1 serving in the morning just after breakfast.

BrainZyme is made by UK-based nutritional company Better Nutritional Science Ltd. All of Better Nutritional Science’s production, packaging, and manufacturing are performed in the UK and the company’s environment and formulas are compliant with food supplement requirements in the UK and EU. Better Nutritional Science launched BrainZyme in 2016, after 36 months of intensive research and development. The company was motivated to make a fast-acting, effective formula that can provide cognitive enhancement. One goal of the company is to address the growing issue of students and young professionals who try illegal or bootleg nootropics by providing a safe and scientifically verified way to boost cognitive performance.

Better Nutritional Science is one of the first EU companies that is fully compliant with all 6 health regulatory agencies and was the first in 2017 to develop a nootropic with 3 functions in one.

BrainZyme works like most OTC nootropics. It provides a blend of vitamins and nutrients that are meant to stimulate mental performance. Strictly speaking, the term “nootropic” is not a well-defined medical term; it is a marketing term. Most nootropics work by just giving you a burst of energy via some natural stimulant. Regardless of whether you are studying, playing a sport that requires mental performance, or working under a tight deadline, BrainZyme claims to help increase cognitive performance.

The three main ingredients in BrainZyme are green tea extract, choline, and guarana seed blend. All three of these ingredients have been shown to have stimulant effects and some of them, green tea specifically, have also been shown to be effective at facilitating weight loss. Too much green tea can give you insomnia, headaches, or upset stomach.

Choline is found naturally in eggs and is required for several bodily functions. Choline can boost the body’s metabolism, which gives you more energy, which is why this ingredient is found in a lot of the supplements we listed in our best nootropics for energy article. It also stimulates the production of acetylcholine, which is sometimes called the learning neurotransmitter.

BrainZyme also contains small amounts of essential vitamins, including zinc, iron, iodine, vitamin B1, and vitamin B12. The amount of these vitamins and minerals is small and it’s not known how they affect brain functioning.

All ingredients in BrainZyme are not known to be toxic or dangerous, though they can cause mild side effects if consumed in large amounts. The most common side effects are nausea, upset stomach, or bloating. Usually, these side effects are very mild and go away once you get used to taking the supplement.

You can currently buy BrainZyme directly from the company’s website or from third party online retailers like Amazon. A 30-serving pack of BrainZyme costs $23 and the special pro blend costs $38.

BrainZyme: Worth It or Not?

If you have a bit of cash on hand and you want to try something new, trying BrainZyme can’t hurt. To be completely honest, BrainZyme is probably just as effective as a few cups of coffee or tea, so it is not really anything special. So while trying it can not hurt, you can easily manage without it.

Bodylastics Review – Are These Resistance Bands Right For You?

Thrivous Serenity Review – A Thorough Look At This Nightly Nootropic

BalanceMD Review – Does This 1MD Supplement Do All It Claims To?

Biochem Whey Protein Review – How Does It Measure Up?