Basis by Elysium Health Review – Does This Anti-Aging Supplement Work? 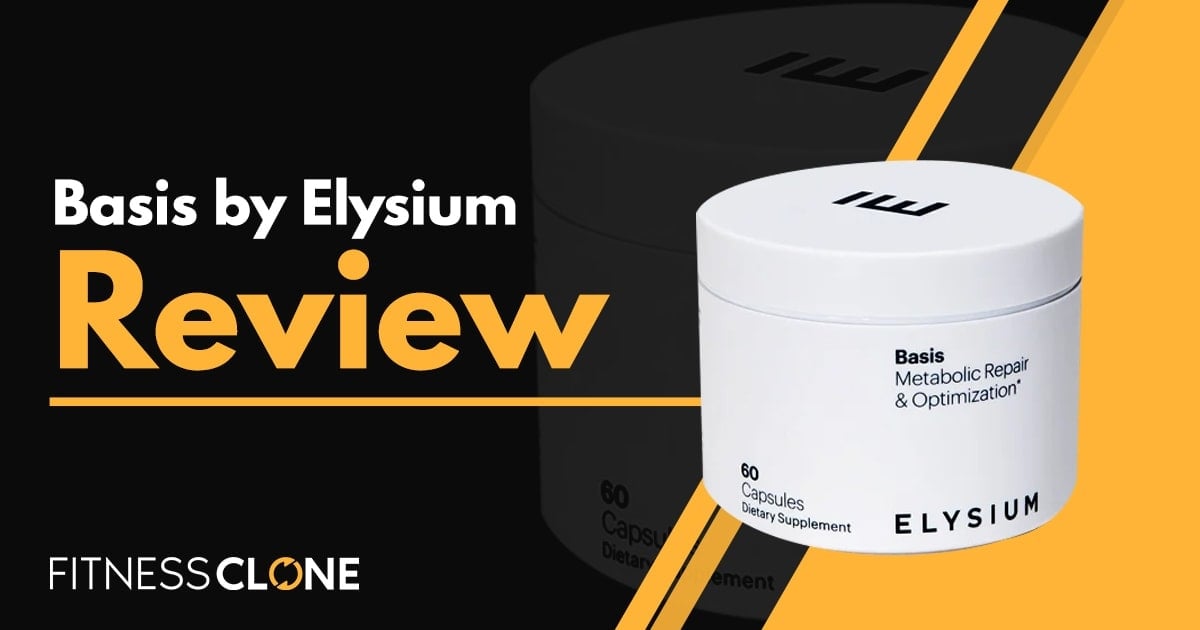 As we get older, both our physical and mental health tend to decline. As such, many people will attempt to find ways to delay the decline of aging and remain vibrant and healthy for as long as possible.

Some will implement diet and exercise changes to attempt this, while others may turn to anti-aging supplements, like Tru Niagen or our current review, Basis, to help. Basis, created and distributed by Elysium Health. It claims to boost the production of a coenzyme called NAD+, which then reverses the aging process and build new, healthier cells.

Does Basis do what it claims, or is it a scam set to rob the aging of their well-earned money? Let’s discuss what the supplement is and does, and if it is worth the cost. Hopefully then you’ll be able to decide for yourself if you want to give Basis a try.

What is Basis & How Does It Work?

Basis is a health supplement that claims to increase levels of NAD+ which helps the body to create more energy, regulate your circadian rhythms, and keep your DNA healthy.

According to Elysium, scientists (including their own) have spent the last 25 years or so studying why humans age and what can be done to prevent or slow the aging process. They found that Nicotinamide Adenine Dinucleotide (NAD+), a coenzyme in all humans, drastically declines as you age.

NAD+ helps to drastically reduce oxidation in our cells which is essential to staving off the effects of aging. But since it declines as we age, we lose the benefits that NAD+ can provide us. Basis helps to bring that back.

The main ingredient in Basis is NR, or Nicotinamide Riboside. Elysium used to us NR manufactured by a company named ChromaDex, the first company to ever create the first ever commercially available NR. However, after a lawsuit battle between Elysium Health and ChromaDex in 2017, Elysium began making their own NR.

Like NAD+, NR is also a coenzyme, so it doesn’t have any direct effect on the body. What it does do, though, is boost the performance of enzymes in the body. It is also a precursor of NAD+, so it helps the body to naturally produce more NAD+, which then boosts energy levels, metabolism, and memory.

What are the Ingredients?

Basis contains two primary ingredients that help boost the production of NAD+ in the body. We briefly went over the first one, NR. Let’s dig a little deeper now, and also discuss the other NAD+ building block, Pterostilbene.

Nicotinamide Riboside (250 mg): As previously mentioned, this is a precursor to NAD+. It helps the body to naturally produce more NAD+, creating better benefits than delivering more NAD instead.

NR is a version of vitamin B3, also known as Niacin. According to a study done on NR in 2013, oral consumption of NR drastically increased the levels of NAD+ in the bodies of mice, restoring the communication network between the mice’s cells. By taking supplements with NR, like Basis, this same phenomenon occurs in humans.

Pterostilbene (50 mg): Though chemically similar to resveratrol (a polyphenol found in plants with antioxidant properties), but provides much of the same benefits, but also aids the NR in creating more NAD+ by also creating more sirtuins, also known as “longevity genes”. These longevity genes are what help to support and improve better homeostasis in the body, preventing the affects of aging.

Any Side Effects or Safety Issues?

There are no reported side effects, either by the company or by those who have used the supplement. However, as with any sort of health or dietary supplement, we recommend speaking with your doctor before taking Basis.

A few other precautions to consider:

Free ground shipping is available on all orders. 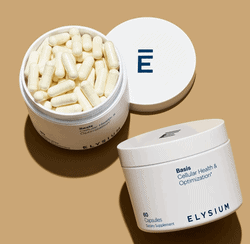 Best Deal on Basis By ElysiumWe scour the web for the best deals on supplements. Want the best price? Click the button below for the best savings!GET THE BEST PRICE

Is Basis by Elysium Worth It?

Let’s boil this down to some pros and cons worth considering. The advantage to taking Basis is that it can help you avoid some of the nasty effects and health issues normally associated with aging. Things like degenerative diseases, vision problems, lower energy, all over aches and pains, and more.

However, according to Elysium, Basis works beneath the surface. It’s primary purpose is to help your cells from the inside, so there may never be any surface-level results. This can make it difficult to know even if Basis is working for you. And at such a high price point of $60 per bottle, it is really up to you whether or not you want to spend that much on something that might not even work. Those are the main disadvantages that you should consider.

That said, many reviews by people who have bought and use Basis state that they sleep better, their skin looks better, they are in better physical shape, and many just feel healthier overall. Users of Basis have also stated that Elysium customer service was wonderful.

If you do plan to give it a try, it is important to note that Elysium does not offer refunds on any purchases, nor do they allow you to cancel in the middle of the annual or semi-annual subscriptions. We recommend buying one bottle first, to see if it will work for you and if you will like it, before committing to a bigger purchase or subscription.

Did you give it a try? Let us know how it worked out for you!

Overall Rating: 3.5 out of 5
Categorized in: Anti-Aging Supplement Reviews, Reviews