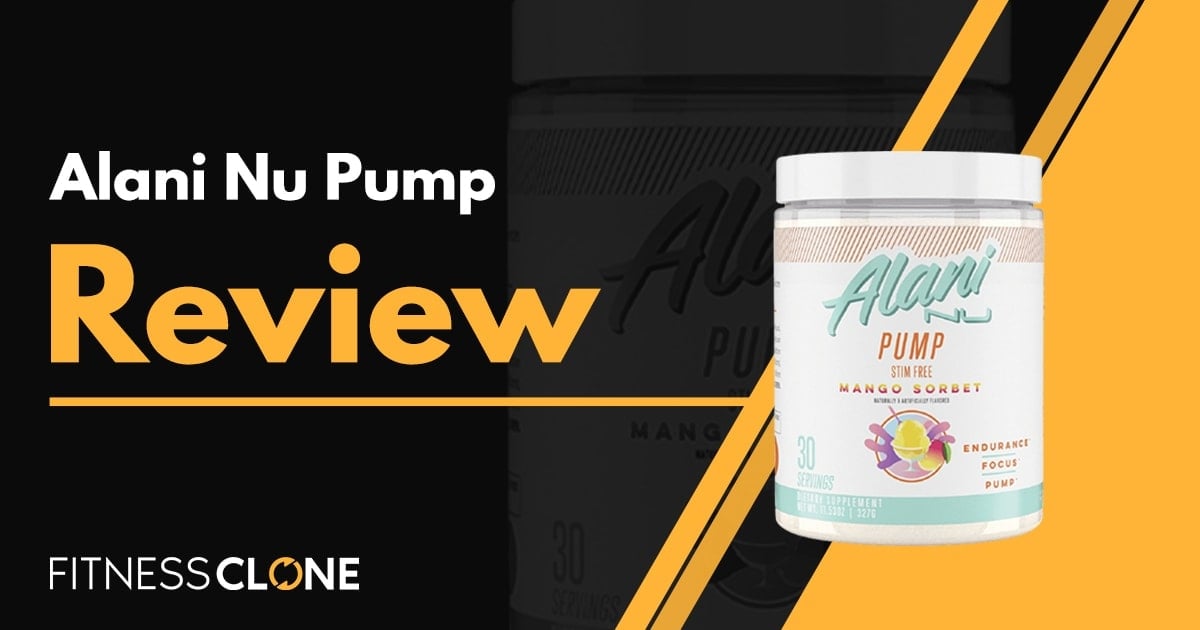 Pre-workouts are great for increasing energy, but sometimes the stimulants in them can cause some negative effects that some would rather do without. Specifically, anxiety, nervousness, and jitters can sometimes turn people away from pre-workouts and lead them to search for stimulant-free alternatives. Maybe you’re one of these people? If so, you’ll want to pay attention to this particular review of Alani Nu Pump, a stimulant-free pre-workout.

Could this pre-workout be the one you’ve been searching for? Or will it fall flat? That’s what we’re here to find out in this complete Alani Nu Pump review. Ready to dive in? Let’s get started! 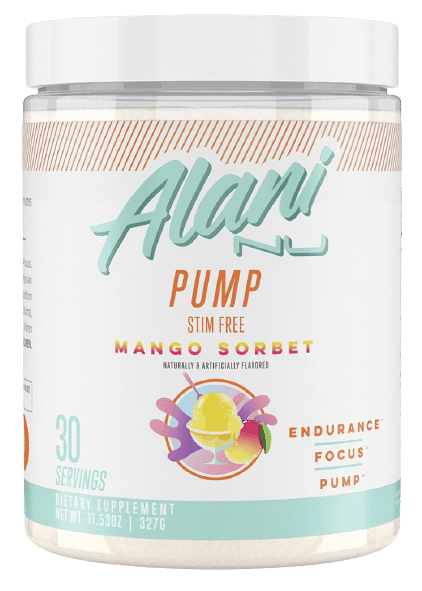 Alani Nu Pump is a non-stimulant pre-workout created by the health and wellness company Alani Nu, the same makers as Alani Nu Balance, Alani Nu Super Greens, and Alani Nu Pre-Workout. Alani Nu Pump is designed to give you an extra boost without caffeine.

Highlighted by L-Citrulline, GlycerPump, and Huperzine A, Alani Nu Pump is designed to give you an edge both mentally and physically when working out, leading to optimal performance and results.

Alani Nu Pump is supposed to help you fight fatigue and push harder, for longer, with certain ingredients, such as L-citrulline and Nitrosigine.

L-Citrulline comes in once again as it is also supposed to increase muscular pumps by enhancing blood flow. And the makers at Alani claim this will be enhanced by other ingredients, such as GlycerPump. 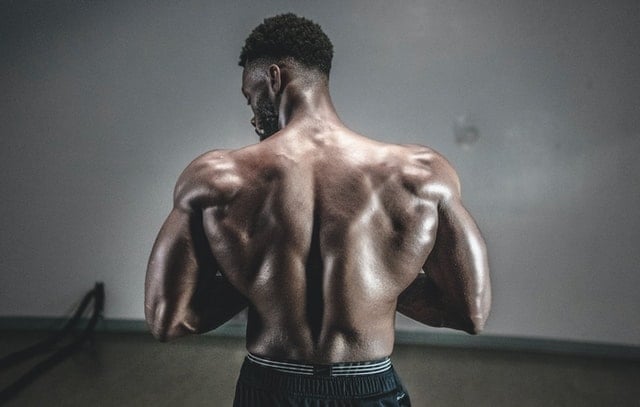 Finally, a compound called Huperzine A is supposed to increase your mental focus, which of course, is a big factor in effective training.

These definitely are some pretty normal claims for a pre-workout supplement. But can these be backed up? Read on to find out!

Alani Nu Pump has a handful of pretty well-known ingredients, some of which are registered trademarks. Below is what’s all in one scoop of Alani Nu Pump:

You’ll see that Alani Nu Pump’s formula is fairly transparent and straightforward. Some ingredients, such as L-Citrulline and GlycerPump, are popular options found in many pump supplements, including Ghost Pump and Chemix King Of Pumps. Whereas, on the other hand, you won’t find many other options with Huperzia Serrata.

Below, we will take a closer look at each of the ingredients used in Alani Nu Pump. 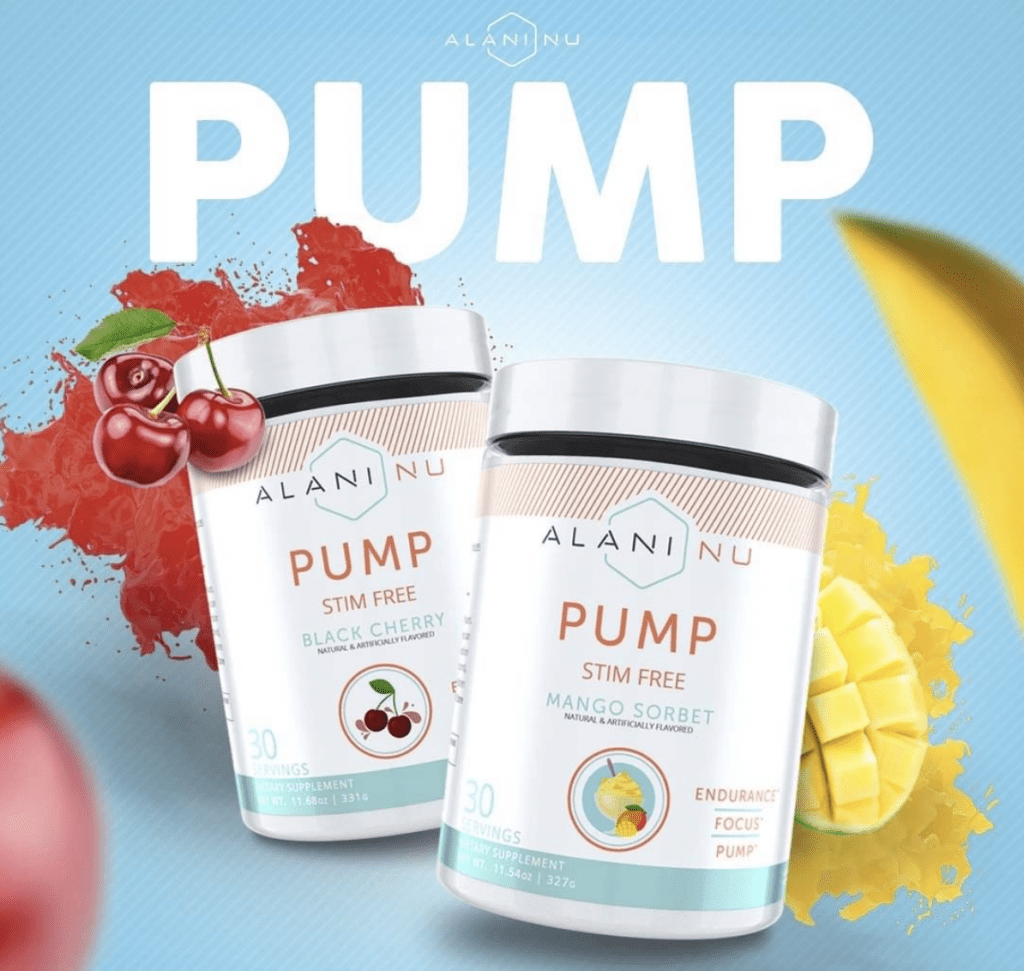 The first ingredient in Alani Nu Pump is the amino acid L-citrulline. L-citrulline supplementation increases plasma levels of citrulline and arginine, which can increase nitric oxide production, which then widens the blood vessels and allows more blood to enter the muscles. All of this means that the muscles will be supplied with more blood during exercise when they need it most.

L-citrulline can also enhance skeletal muscle contractions and decrease the build-up of lactate and other byproducts, thus helping to reduce fatigue. Overall, the research shows that 3 to 4 grams of citrulline should improve muscular endurance and delay fatigue during high-intensity strength training.

Up next is GlycerPump, which is a registered trademark form of glycerol. Glycerol acts as an osmolyte, and it is beneficial for exercise because it increases fluid retention, which in turn creates a “hyper hydrated” state in the body. This also slows fluid loss when exercising, which helps to increase endurance and overall exercise performance. Fluid retention in the muscles could also help achieve that “pumped” look. However, quite a bit is needed for these effects; usually at least .125g/kg (.05g/lb) of body weight, which is at least 7.5g for a 150-lb person.

Alani Nu Pump also contains Nitrosigine, which is a trademarked form of inositol-stabilized arginine silicate (basically, it’s a form of arginine). Like L-citrulline, arginine can also increase blood flow to the muscles via the nitric oxide->vasodilation pathway.

And Nitrosigine is probably the best form of arginine because it is an easily absorbed, highly bioavailable form. It is proven to enhance blood flow and pumps, increase energy, and decrease muscle damage. The typical dose used in research studies is 1,500mg (1.5g).

The last active ingredient in Alani Nu Pump is Huperzia Serrata, which is a plant that has been used for thousands of years in Chinese medicine. The main beneficial compound from this plant is an alkaloid called Huperzine A. Huperzine A decreases the action of acetylcholinesterase, which in turn allows for more acetylcholine to be available.

And since acetylcholine is involved in a variety of mental tasks, such as arousal, attention, and memory, theoretically, it should enhance focus for workouts. Yet, no research has specifically been done on determining this effect in weightlifters.

Overall, Alani Nu Pump should be able to give you a better workout. It contains well-researched ingredients proven to enhance exercise performance. Additionally, some of the ingredients in here, such as L-citrulline, Nitrosigine, and AstraGin, are dosed at optimal levels for the highest level of effectiveness. 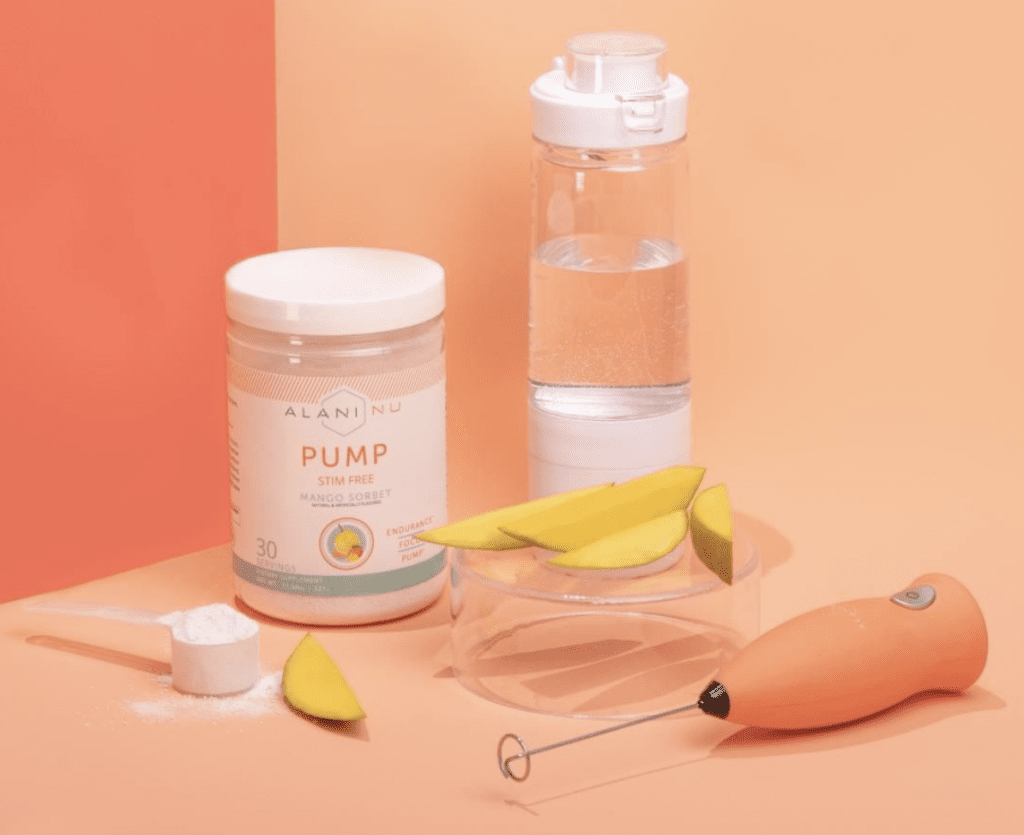 One shortcoming is that Alani Nu Pump only includes 2g of glycerol, which is likely not enough to achieve maximum hydrating effectiveness. This could be enough for achieving a better pump, however. Also, while Huperzine A does have benefits, no research has been done specifically with regard to exercise performance, so it may or may not be beneficial.

As a whole, though, the pros weigh out the cons.

Alani Nu Pump is designed to increase endurance, give you better pumps, and increase your mental focus. The first two claims are likely true, while the third is up in the air.

Optimal doses of L-citrulline and Nitrosigine will very likely give you a better pump and help you to work out longer by increasing blood flow, delaying fatigue, and enhancing energy levels and muscular contractions. These two might work even better when they are put together by creating a synergistic effect.

Glycerol may also increase muscular pumps, increase endurance, and delay fatigue, but it might not be as good since the dose is not as high as it should be.

Lastly, you may get a boost in mental focus from Huperzine A, but I can’t say for sure based on the lack of evidence. The rationale is there, but the definitive proof isn’t.

Who is Alani Nu Pump Best For?

As noted somewhat before, Alani Nu Pump is best for stimulant-sensitive people who want to get a good boost for their workouts. If you’re someone who is hypersensitive to or otherwise negatively affected by caffeine and other stimulants, but you still want more energy and pumps for your workouts, Alani Nu Pump is likely a good product for you. 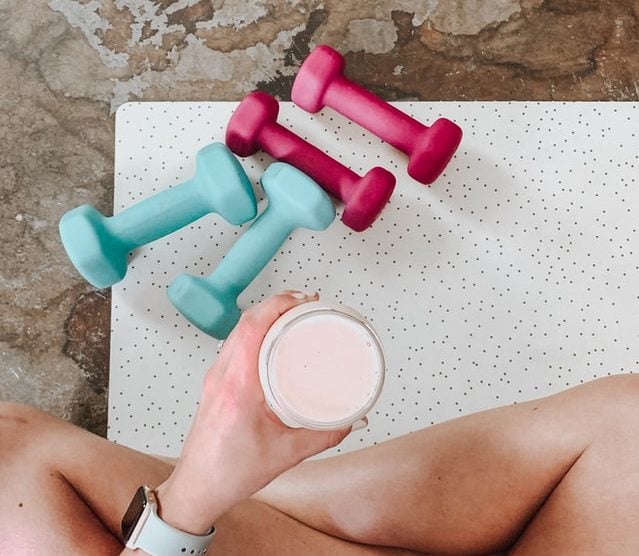 Alani Nu Pump is likely pretty safe to take, but here are a few side effects in Alani Nu Pump to look out for:

Where to Buy Alani Nu Pump

Ready to give Alani Nu Pump a shot? You can buy it on the Alani website here. 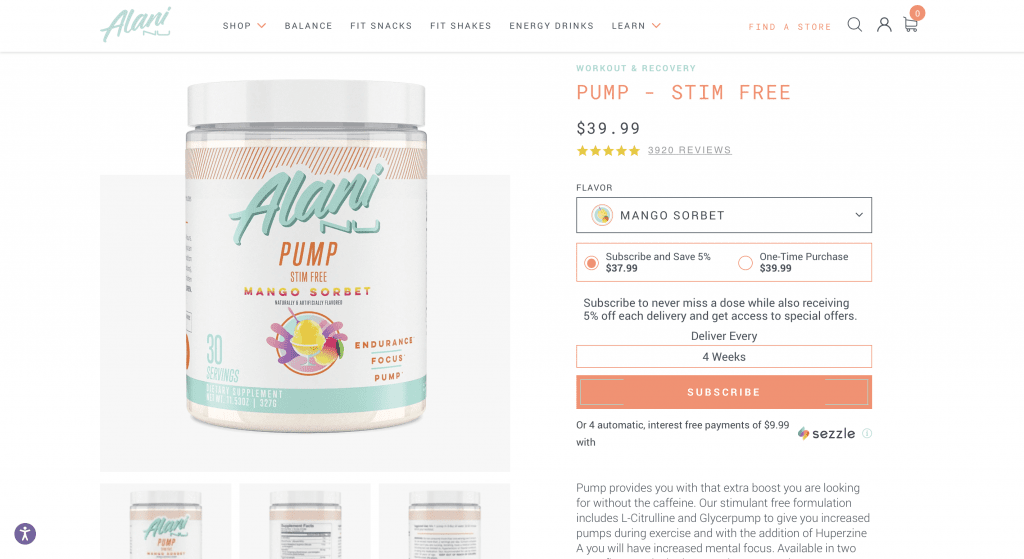 Each canister of Alani Nu Pump contains 30 servings (30 scoops) and costs $39.99 for a one-time purchase. You can also subscribe to the product and get it every 4 weeks at a price of $37.99. So, you’re looking at a price per serving of around $1.30, which is right in the range of most pre-workouts.

YouTonics Collagen Renewal Review – Can It Really Benefit Your Skin?

Roman Focus Review – Is This Nootropic Worth The Cost?

Ghost Greens Review – Should You Try This Superfood Supplement?