Roman Focus Review – Is This Nootropic Worth The Cost? 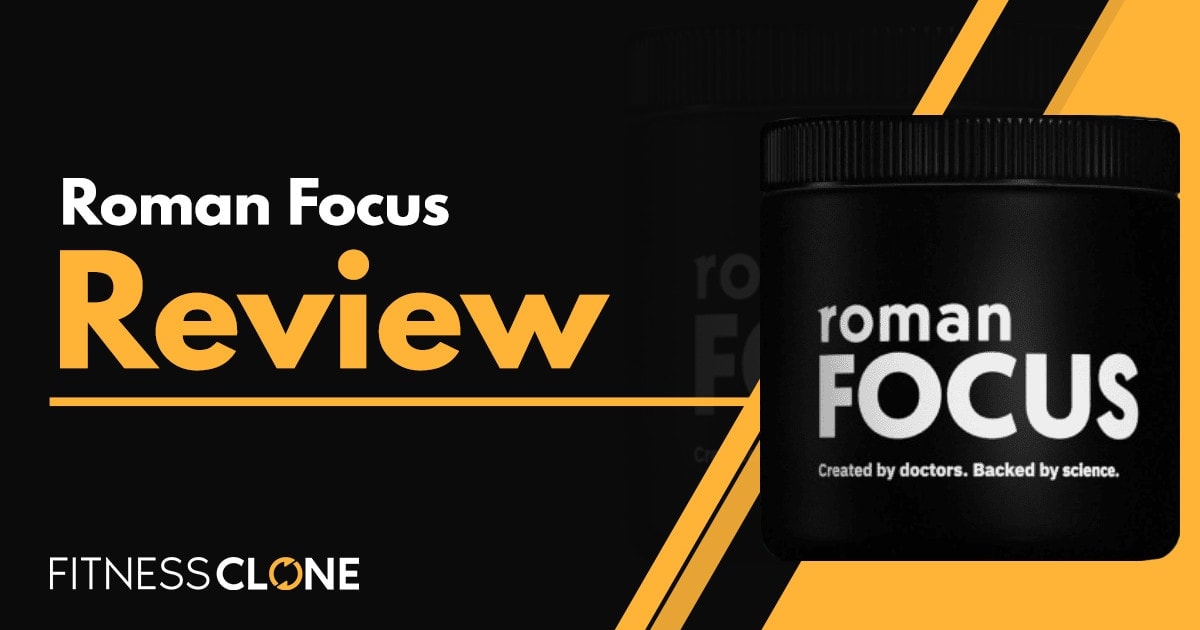 Cognitive function and overall brain health are vital for nearly every aspect of living, which is likely why many people seek to enhance these areas through various practices, including supplementation. There is an abundance of so-called cognitive-enhancing supplements out there, all of which are usually grouped into a term called nootropics.

One such nootropic that claims to provide a plethora of benefits is Roman Focus. The question is, with so many nootropic options out there, does Roman Focus make the cut? In this Roman Focus review, we’ll take a thorough look at what this supplement is made of, what benefits it can provide, and whether or not it’s truly worth the purchase.

So, without further ado, let’s dive into this Roman Focus review!

Roman Focus is a nootropic supplement designed to offer a number of benefits for brain health and cognitive function. It is made by Roman (Ro), a health and wellness company that has produced a variety of supplements including this, Roman Daily Multivitamin, and Roman Testosterone Support.

When it comes to Roman Focus, Roman states that they’ve worked with in-house doctors and scientists to create a perfect nootropic formula that only includes ingredients backed by rigorous scientific research. As such, it is designed to be a cut above other nootropics and offer premier benefits.

These are all attributed to the various ingredients in Roman Focus.

The combination of caffeine and l-theanine is designed to promote an increase in calm energy and concentration, thus putting one in the “flow” state for optimal performance.

Also included is bacopa monnieri, which they say will help to improve memory and recall, among other functions.

Roman Focus is also designed to promote overall brain health with the inclusion of certain B-complex vitamins. These may also help in energy pathways in the brain.

All of these ingredients in Roman Focus are supposed to be involved in overall cognitive performance, and they claim that the inclusion of American ginseng will offer even greater benefits here.

So, is this nootropic the next best thing? Read on to find out!

Roman Focus comes in capsule form. Below are the ingredients found in each serving of Roman Focus (two capsules):

The first three ingredients in Roman Focus are the B-complex vitamins niacin (vitamin B3), vitamin B6, and vitamin B12. All three of these, just like most B-complex vitamins, are crucially involved in brain function, especially with regard to their role in energy metabolism and neurotransmitter production.

Deficiencies in these vitamins are associated with cognitive decline, impaired alertness, depression, anxiety, and an increased risk of psychosis, Alzheimer’s disease, and dementia. So, clearly, these vitamins are necessary for preserving overall brain health and cognitive function. And research indicates that supplementation with certain B-complex vitamins well beyond the RDI may be beneficial for preserving and/or enhancing brain health.

Up next is bacopa monnieri, an herb used widely in ayurvedic medicine. Its main active components are bacosides, and research shows that the active components may offer neuroprotective and memory-enhancing effects due largely due to their ability to reduce oxidative stress and improve mitochondrial function in the brain. Research so far shows that bacopa monnieri may be able to improve learning and memory at a dosage of around 300 to 600mg daily.

Another herb included in Roman Focus is American ginseng. Its main active components are ginsenosides, and they have a number of effects on the brain and nervous system. Research shows that American ginseng can offer neuroprotective effects, and it may also improve cognitive performance by enhancing working memory processes.

Other research shows that it can improve various learning and memory outcomes, possibly due to its ability to increase acetylcholine levels and overall stimulate the central nervous system. The dosages used to improve cognitive performance are typically around 200mg daily.

The next two ingredients are l-theanine and caffeine. I grouped these together based on the synergistic effects they have.

On its own, l-theanine is able to increase feelings of calmness and relaxation and reduce stress and anxiety, due largely to its ability to increase GABA and alpha waves in the brain.

And caffeine offers a stimulatory effect on the CNS, which leads to increases in dopamine, serotonin, and norepinephrine, among other actions, which can improve focus, concentration, and many other aspects of cognitive performance and mood.

And when taken together, research shows that the combination of l-theanine and caffeine can improve attention, focus, mood, and overall cognition. L-theanine is typically dosed at 200mg per day, while caffeine is usually dosed around 100 to 200mg per day.

The final ingredient in Roman Focus is AlphaSize A-GPC, which is a patented form of a choline compound. This ingredient is used to supposedly enhance a variety of mental and physical performance parameters in athletes. Related to cognition, AlphaSize A-GPC may increase acetylcholine, which may enhance learning, memory, and overall cognitive function, although the research for this specific form is inconclusive at this point.

It is likely that Roman Focus will offer various benefits as a nootropic supplement. Most of the ingredients, such as bacopa monnieri, ginseng, theanine, and caffeine, are very well-researched and proven to offer a number of benefits, such as improvements in learning, memory, attention, focus, and overall cognitive function. Additionally, some of the ingredients, such as B-complex vitamins and bacopa monnieri, may offer neuroprotective benefits and contribute to overall brain health.

Furthermore, the dosages of the ingredients are right in the range used by scientific research. I can tell that Roman definitely did their research and implemented the correct dosages.

The only concern is the lack of real efficacy for AlphaSize A-GPC, although it may offer some benefits. After all, research on Alpha-GPC is promising. Despite this lack of certainty, the other ingredients definitely should enhance cognitive performance and brain health.

Also, ginseng, AlphaSize, and most of the other ingredients should improve cognitive performance, but again, it’s unclear exactly by how much. I’d expect mild to moderate improvements, nothing extraordinary.

Finally, the inclusion of B-complex vitamins and certain herbs may preserve brain health, but the effects here likely depend on your current health status. It may be useful as a mild preventive for neurodegeneration, but it likely won’t reverse any significant brain or cognitive impairments, at least in the short term.

Who is Roman Focus Best For?

Roman Focus can be used by anyone looking to get a little boost in cognitive performance and brain function, whether for work or school performance, athletic/exercise endeavors, or just day-to-day functioning. If you want to maximize your brain power and be more efficient and productive, Roman Focus may be worth looking into. 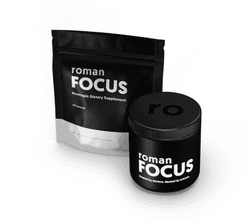 Get $15 off Roman FocusWe scour the web for the best deals on supplements. Want to save $15 on your first order of Roman Focus? Click the button below to get this deal!GET THE DEAL

Based on the ingredient profile, here are some potential side effects to consider:

Where to Buy Roman Focus

You can buy Roman Focus on the Roman website at this product link.

There are 30 servings (60 capsules) per container. You have the option to choose a monthly plan for $48/month, or a 3-month plan priced at $40/month.

So, the price per serving ranges from $1.33 to $1.67, which makes it somewhat expensive but still within a decent price range. It is also worth noting that Roman does offer $15 off your first order.

Joint Vibrance Review – Is This Supplement Worth The Price?

Recoop Review – Will This Wellness Set Benefit Your Health?

Fenfast 375 Review – How Does This Intechra Health Supplement Stack Up?

The Nue Co Skin Filter Review – Is This Supplement Worth Using?

Beyond Raw LIT Pre-Workout Review – Is This Supplement Effective?

Skald Review – Does This Fat Burner Live Up To The Hype?