Primal Harvest Multivitamin Review – Can It Live Up To Expectations? 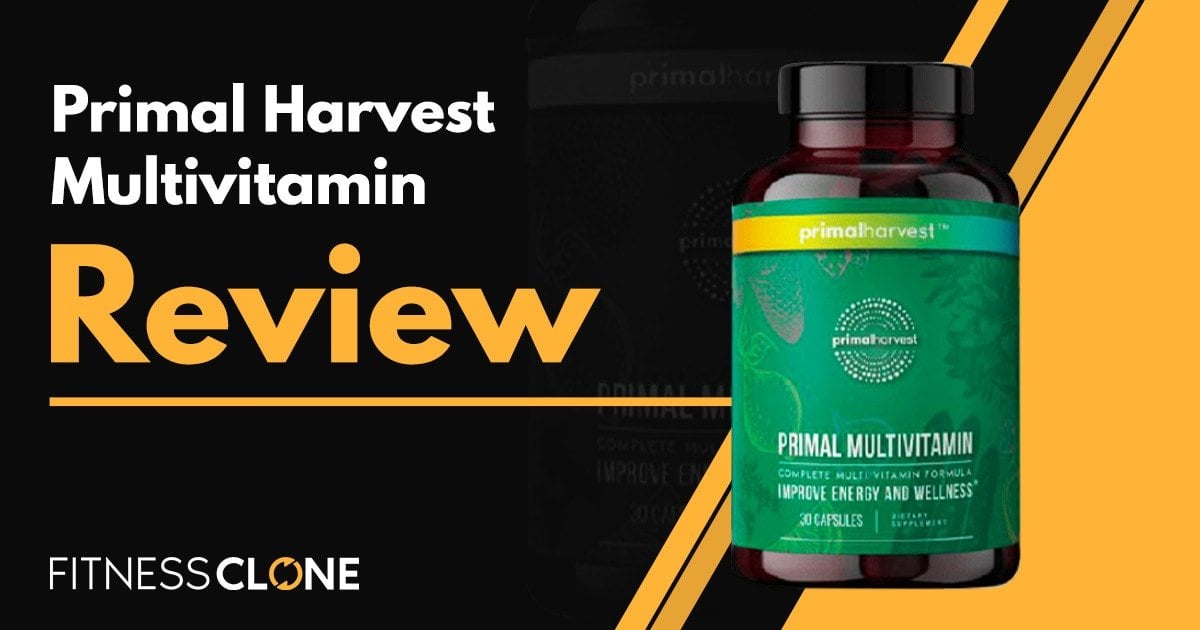 By treating the body as an integrated system, Primal Harvest takes a holistic approach to bringing you good health. This is arguably better than the pharmaceutical approach of treating individual parts of the body, which entails treating symptoms rather than root causes.  The holistic supplements made by Primal Harvest look at your body and health differently. They are meant to restore balance in the body and improve the body’s natural function. This includes their Primal Harvest Multivitamin that’s meant to fill in your nutritional gaps and provide your body what it needs.  The question is, does Primal Multivitamin really live up to all the hype? We’ll take a closer look at this multivitamin to see if it’s really worth buying in this Primal Harvest Multivitamin review. Ready? Let’s dive in! 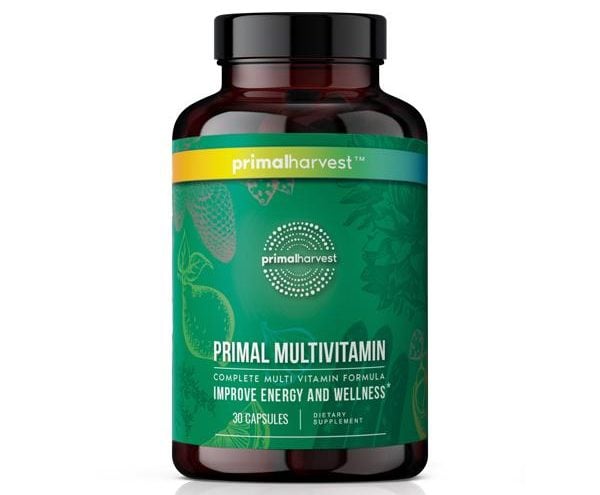 Primal Multivitamin helps support your immune health, energy production, and even your mental wellbeing, and all in an easy-to-swallow, once-a-day capsule, making it a simple addition to your daily routine.

Believe it or not, using stimulants isn’t the only way to increase your energy. Yes, though that double espresso will bump you up to help you fly through your day, it also brings you crashing down at the end—though not so low that sleep is easy to come by.  In other words, just because you’re not feeling the direct effects of a stimulant doesn’t mean it won’t still keep you awake.  But when you give your body what it needs to produce its own energy at optimum levels, that double espresso starts to look more like a hindrance than means to get you to the finish line. That’s because your body’s natural energy production is something that doesn’t make you jittery, sleepless, or irritable but instead makes you feel good and productive. 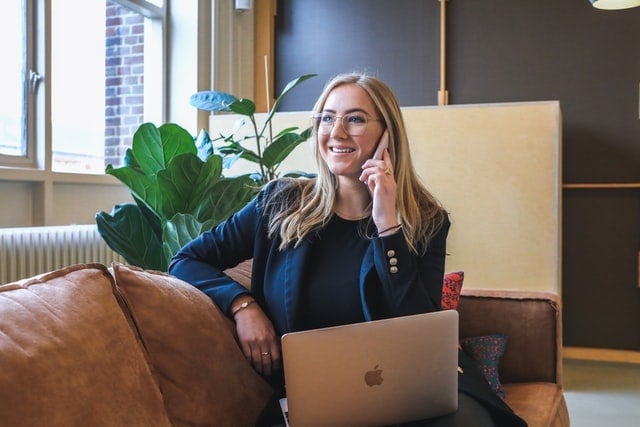 Much like its name, a multivitamin is kind of like your nutritional Swiss army knife. It not only provides the nutrients your body needs to function, but vitamins and minerals also work in synchronicity with each other and other elements in you so that a single vitamin or mineral is likely to be either directly or indirectly associated with many, many functions in your body. This includes both your mental and physical performance, both of which need certain nutritional elements to perform at optimum levels.  A good example of this would be vitamin D, which you’ve likely heard of since it’s associated with sunshine and bone strength. But vitamin D is also the only vitamin that’s also a hormone, and it’s associated with the production of other hormones connected to your performance and mood, such as dopamine and testosterone. This helps it be more than “just” a vitamin that’s good for bone health and is likely why it’s gained a reputation for outlook improvement.  Of course, more than anything, when you take measures to boost your overall health through proper nutrition, you naturally get more energy and feel better.

Okay, here’s where Primal Harvest loses some of our respect as a company. Though we tried their Primal Greens and liked it for its whole foods approach to nutrition, we expected as much from their multivitamin as well.  But instead, we get what we feel is a very run-of-the-mill offering, and expensive to boot. There is no indication of anything being food-based or otherwise unique, and while the high doses of water-soluble vitamins may produce some beautiful neon-yellow color at the urinal, but that’s all high doses of water-soluble vitamins are since the excess is merely being rinsed through you. As we say, expensive pee.

Add to that Primal Harvests’ use of ascorbic acid, which we can only assume is from GMO corn and imported from China, since that’s what around 95% of all vitamin C sold in the US is. This indicates that ingredient quality and bioavailability aren’t Primal Harvests’ main focuses here so much as selling you a low-cost vitamin.  But the product does fill your basic need for a multivitamin and is in the price range we like seeing, along with it being a convenient 1-a-day formula. We would like to see some magnesium and perhaps boron added to the mineral lineup. These popular and healthy minerals can already be found in many other multivitamins, including PRIZM Multivitamin and Smarter Multivitamin. Primal Harvest Multivitamin does include enough of most of the essentials, along with a whopping dose of chromium to keep your electrolyte levels in check.  There is also 25 mg of citrus bioflavonoids, 600 mcg of lycopene, and 300 mcg of lutein to help you avoid the detrimental effects of oxidative stress, which includes depleting your immune system and leaving you vulnerable to chronic disease.

In a word, sure it does. Okay, that’s a few words, but you’ll also notice they aren’t very inspiring or enthusiastic words, since that’s what this product evokes in us: merely toeing the line and existing.  No, there’s nothing special about Primal Multivitamin, other than the fact that it fills the bill. It’s cost-effective, and easy to remember since it’s only one capsule to go along with your choice of meals, and it also gives you additional antioxidant protection to go along with the rest of a multivitamin’s health benefits.  That said, does a multivitamin really need to get your bowtie spinning? It is, after all, a supplement meant to shore up your nutritional needs, which Primal more than does.  In fact, it not only shore’s up your nutritional needs, but the massive amounts of B-complex gives you bright yellow “tracer” ammunition to use when destroying urinal cakes. Sorry ladies, we realize that’s a guy’s-only benefit…you do still get the brightness of color and vitamin-ey aroma when you go, though.

Who is Primal Multivitamin Best For?

We all need our vitamins and minerals, which is why they’re considered “essential,” so other than concerns for those who may need to avoid taking too much of any compound, Multivitamin is for everyone.  But if you’re pregnant or nursing, first of all you need a prenatal multi rather than this “jack-of-all-trades,” and second, check with your physician before using this so they can tell you what we just said. Same for those on medication, since high doses of vitamins can interact with some medications. 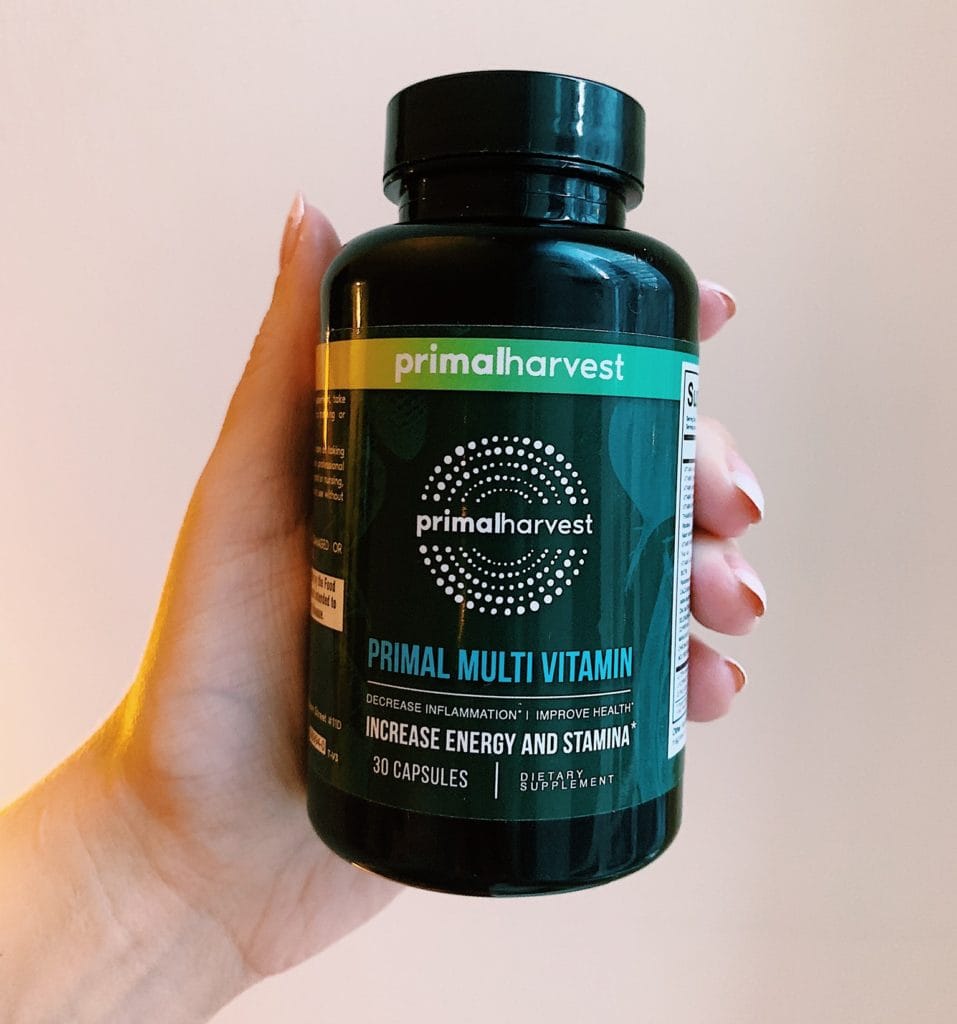 Primal Harvest claims a multivitamin can help improve your energy, outlook, and overall health, and they’re right! Though theirs isn’t made from organic Popeye spinach or anything, it nonetheless gets the job done, which, when it comes down to it, is all you need from a multi.

Some feel that large amounts of oil-soluble vitamins can cause toxic buildup, and while rare, some may even be allergic or sensitive to some of Primal Multivitamin’s ingredients. But the good news is that Primal Harvest puts a generous 90-day, 100% money-back guarantee on all they sell so that you can return it for any reason. Other than that, the only side effects will be more energy, a better outlook, and yellower pee!

Where to Buy Primal Harvest Multivitamin

Primal Multivitamin can be purchased directly from the official Primal Harvest website here. They offer a variety of size and pricing options, with discounts for ordering in volume. Below we will detail their pricing. Primal Multivitamin Pricing: 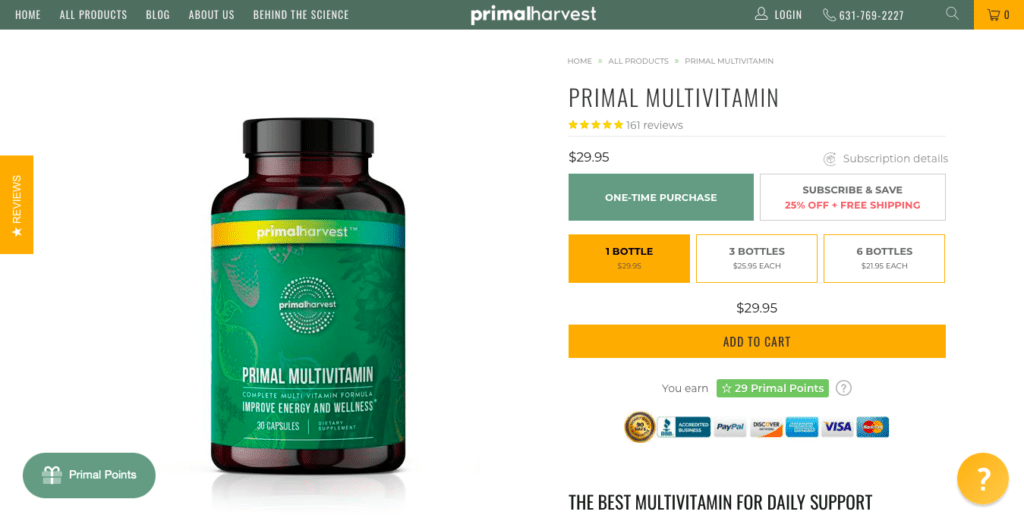 Spartan Whey Review – Is This Campus Protein Supplement Worth The Price?

One Earth Health Beef Organs Review – Are These Supplements Effective?

Burn Lab Pro Review – How Effective is This Supplement?

Organixx 7M+ Review – Is It Really Effective For Anti-Aging?

Check Out Our TOP RATED Multivitamins