Man Greens Review – Can It Really Boost Your Manly Health? 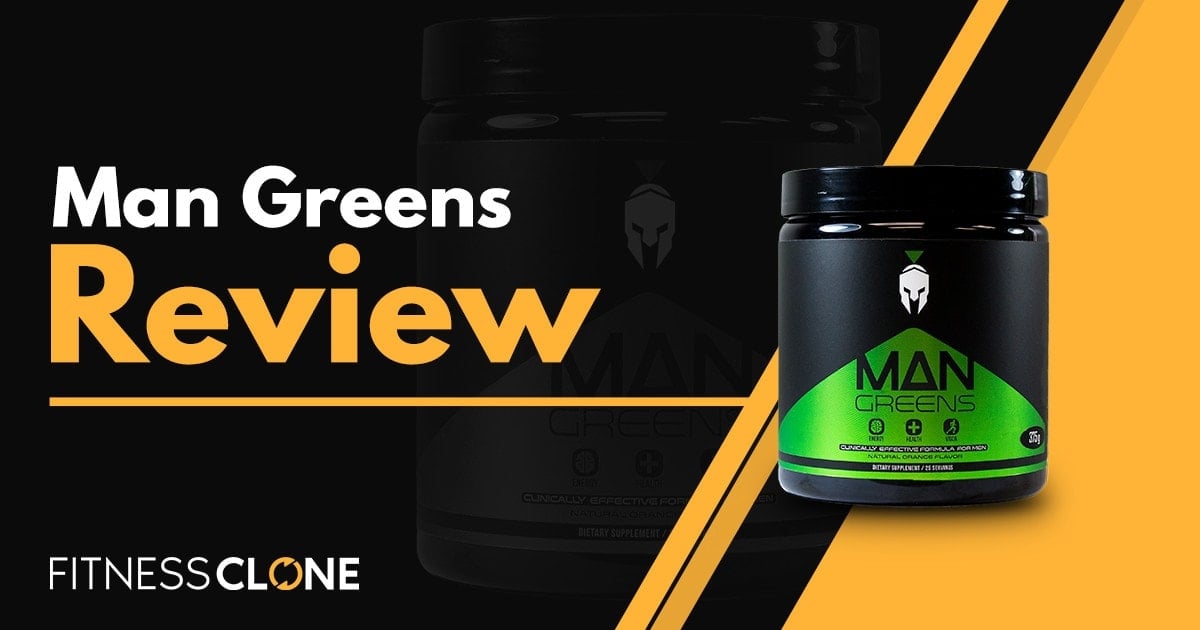 Mita Nutra founder Chad Howse has always loved the idea of supplementing with greens, since where else could you get such full, bioavailable amounts of superfoods in a single scoop? Since all he found in the attempts of others’ product were light on effective ingredients, though loaded with estrogenic ingredients, he opted to create his own, better, more expensive version.

In doing so, he claims to have created a manly mix of green superfoods specially formulated to increase your vitality, improve your health, and help your male hormones thrive – it’s called Man Greens.

Let’s take a closer look at this green superfood mix and see what it truly has to offer in this review of Man Greens!

There are tons of green superfood supplements out there, from Amazing Grass Green Superfood to Smashin’ Greens, so what sets Man Greens apart? As the name suggests, Man Greens has your healthy superfoods, but it takes them in a more manly direction. It contains adaptogens, anabolic agents, and superfoods all meant to keep you and your hormones healthy while leaving out compounds such as flax seed that can elevate your estrogen levels.

In fact, according to Mita Nutra, many compounds common in green food blends work against your testosterone production and instead, elevate estrogen and other hormones that inhibit your T levels.

For instance, a common component to green food mixes is green tea, which is typically a very healthy thing. But for guys, studies show rats experiencing an up to 78%-decline in androgen production when given high doses of green tea.

Though we’re not sure how this translates to human gym rats, though that’s still something to chew on… 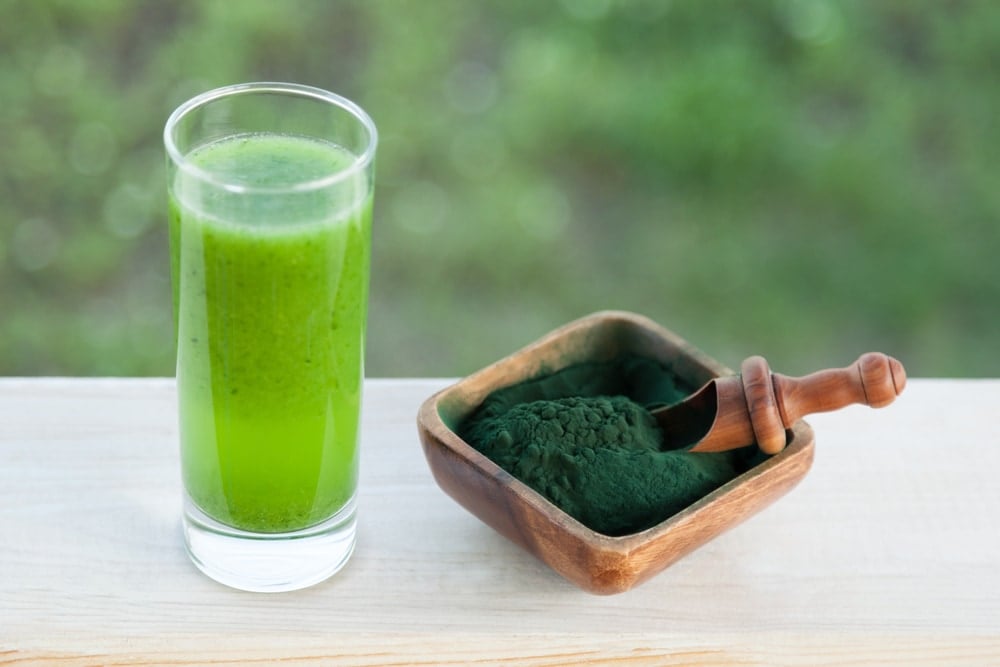 Other compounds such as flax, alfalfa, and mint also “ower” testosterone, “crease” estrogen, and apparently “oost” endurance, which speaks of how poorly their mess of a website has been put together. We assume they mean “lower,” “increase,” and “boost,” with the “boost” part being the wrong heading…who’s the editor here? 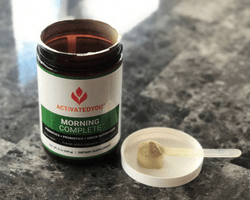 Or, more to the point—with your premium (and then some) pricing, having a less-than-premium looking (amateurish is more like it) website really kills your credibility, at least in our book.

But ingredients such as ashwagandha help balance your adrenal output so that you feel fewer effects of chronic stress, and more of the effects of a healthy androgen output.

These include more confidence and energy, less dough around the middle, and a strong desire (and stiffness!) to tickle the Mrs.’ Fancy. 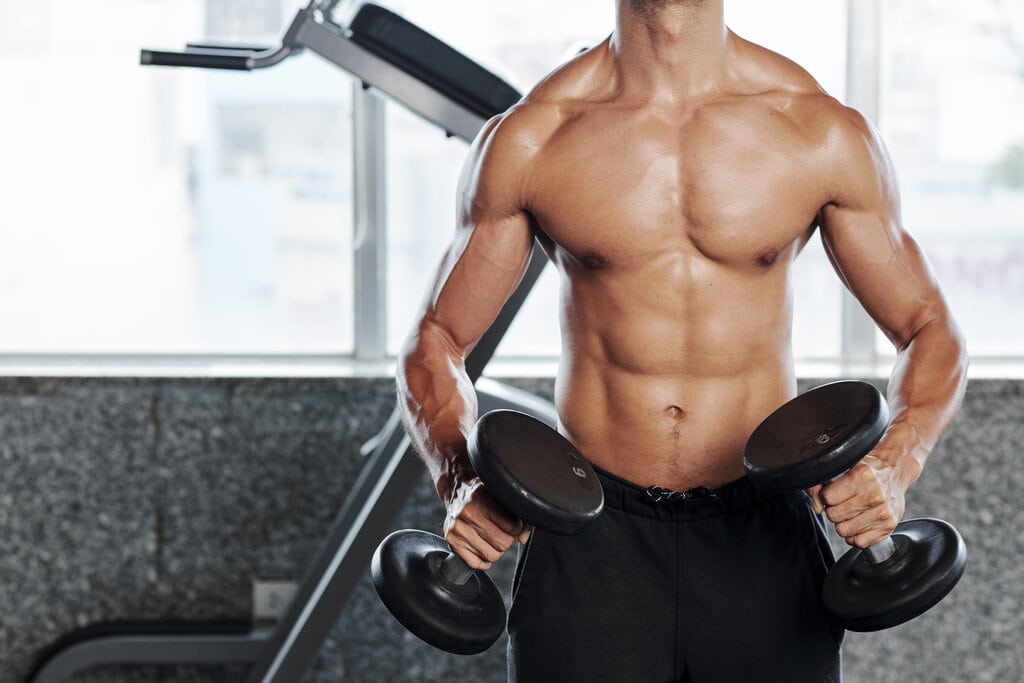 Not only can the nitric oxide found in green foods and beets work at relaxing your capillaries and reducing your heart’s workload, so does reducing your stress response and slimming down with the help of some extra T in your veins.

This not only helps you stay healthy and lowers your risk for cardiovascular disease, it also gives you some extra VO2 max to work with in the gym and running trails. That’s because without excess pressure to work against, your heart is able to perform at its most efficient. This gives you extra beats on your threshold, which of course means extra wind in your lungs, and more stamina.

Rich in Vitamins, Minerals, and Antioxidants

The best vitamins are food-based, and it doesn’t get much more “food-based” than green foods. Not only are they an outstanding source of oil and water-soluble vitamins such as C, B-complex, K, and D, but minerals such as magnesium and potassium.

Put it this way: the spirulina alone in this formula can be thought of as “nature’s multivitamin,” and only adds to the nutrient density of the formula’s other ingredients such as spinach, Moringa Oleiferal, and beet root powder.

Stress, anxiety, and cortisol all get in the way of your healthy androgen output, and ashwagandha can help reduce all of them. It’s in a category of herbs known as “adaptogens” due to their ability to adapt to your body’s energy needs, which they do via balancing your adrenal hormones.

This means less of the stress bi-product cortisol—a hormone that keeps your blood sugar high, your testosterone low, and you feeling like crap.

And since the symptoms of chronic stress and too much cortisol include brain fog, weight gain, insomnia, and depression, this helps you feel the opposite effects—as in, clear, focused thinking, a leaning down of the middle, and reason to do scissor-kicks just for the heck of it.

But, while it may help lower cortisol levels and thus, balance and optimize your testosterone production, it’s not the “potent testosterone booster” Mita Nutra claims it to be—at least not according to anything we found.

Still, it goes well with the “manly” theme of the product, so other than gray-area claims and the ensuing credibility hit, no harm no foul.

This Andean root, also known as Peruvian Ginseng, is known for helping boost fertility, increase endurance, and improve mood—all of which science agrees with. It’s also nutrient dense and adds a unique sour earthiness to the mix—nummy!

Well, maybe not at first-or for some at all—since it’s kind of an acquired taste. We like it though.

So nutritionally dense and easy to grow that NASA was once considering this single-celled organism for sustainable space food, spirulina is proof that pond scum is good for you. It contains vitamins, minerals, and antioxidants which, according to at least one study, have shown to be more effective in countering malnutrition than vitamin and mineral supplements.

For guys, this is great since we’re notoriously bad about eating our greens—though when we do, why not get as much as possible out of them?

This also translates to you being healthier overall, which of course means better androgen production, more energy, and fewer symptoms of chronic stress. 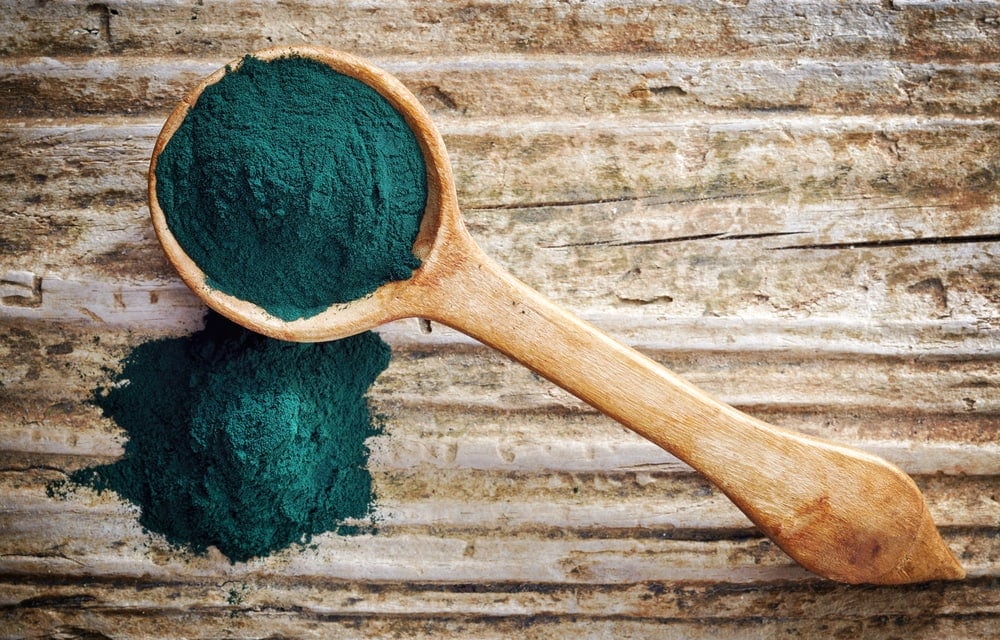 Speaking of nutritionally dense veggies with antioxidant benefits and more, beet root powder and spinach are both rich sources of vitamins and minerals that can protect against oxidative stress.

Plus, while both provide blood vessel-relaxing nitric oxide, beets are a particularly good source of it. This is important not only to your cardiovascular health since it lowers blood pressure and allows your heart to work at its greatest efficiency, but to your stamina, energy, and workout capacity as well.

Plus, the extra oxygen an efficient cardiovascular system can deliver to your brain, body, and organs improves nearly every aspect of your health, including your hormone production.

Another root with benefits to your health is turmeric, which is the same stuff that makes curry yellow and flavorful. Better yet (or at least, healthier yet, since nothing’s better than real vindaloo…full Indian spicy, please), it contains curcumin, which is as potent an inflammation-busting antioxidant as you’re going to find.

Though turmeric itself doesn’t contain a huge amount of curcumin (about 3% by weight), every little bit counts, and it also adds that turmeric earthiness to the flavor while we’re at it.

Moringa oleifera—misspelled on Mita’s fine mess of a site, by the way—adds nutrient dense ground tree leaves from Northern India to the mix. This rounds things out with more vitamins, minerals, and antioxidant plant compounds to fight testosterone-reducing inflammation and keep you energized and focused.

Broke too, since $80 for less than a month’s worth, this stuff ain’t cheap!

If you’re a guy who, like so many of us, skimps on the greens, this product may be for you. However, don’t expect the flood of testosterone Mita would like you to believe this product creates, since while it can optimize what you’ve got, that’s about as far as it goes.

That said, it will help lower your blood pressure, energize you, and reduce symptoms of chronic stress, all of which are clearly good things. It’s loaded with food-based nutrition and can help shore up your already-healthy diet—or at least, get you closer to consuming a healthy, well-rounded diet.

You are, after all, still a guy—sheesh!

Who is Man Greens Best For?

Though Mita’s marketing directs their efforts toward men for this product, there’s nothing in it that women can’t benefit from. Remember that adaptogens also work at balancing female hormones, and they’re also good for restoring the lost libidos of older men and women experiencing age-related hormone declines. 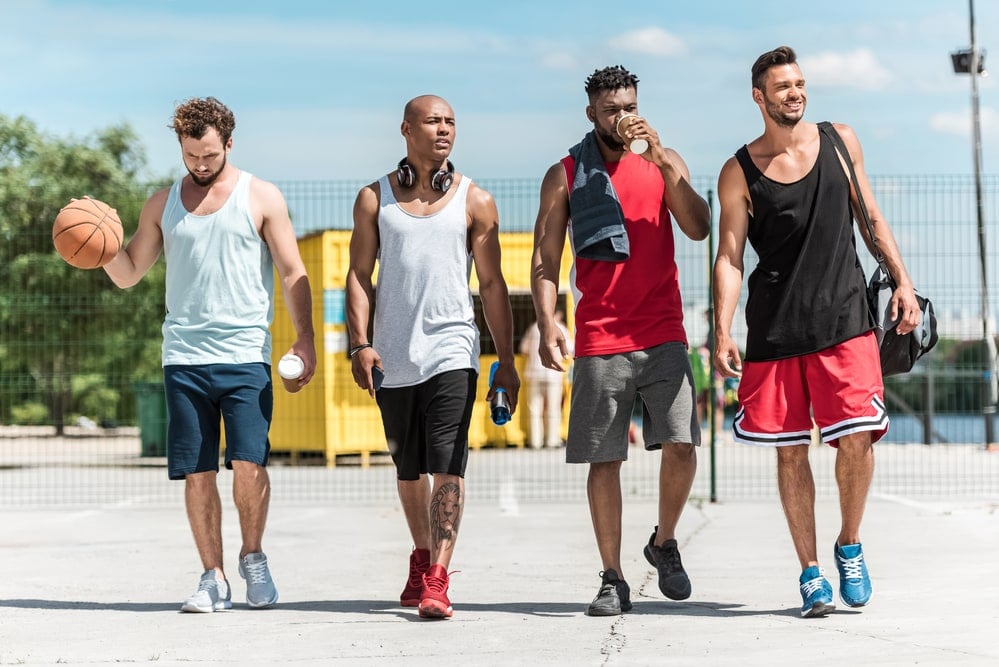 But teens or younger should avoid anabolic agents such as forskolin, and pregnant or nursing women and those on medication also need to check with their doctor before using.

Something else that should be noted is Mita Nutra’s 60-day, 100% back 5x guarantee, which we assume to mean a 60-day, 100% MONEY back guarantee though their website is very crappy and mistake laden. Still, it’s good to know that despite having a hard-to-trust website, you can still return any unopened containers and get a full refund on them and what you’ve used (no need to return opened containers).

Though some may be sensitive or allergic to some of the ingredients in Man Greens, most will only experience side effects such as lower blood pressure, better focus, and more energy.

Though it’s still a good idea to stay away from this product if you’re in your teens (or younger), pregnant or nursing, or on medications, the product contains natural herbal compounds that are largely considered safe, nutritious, and healthy.

Where to Buy Man Greens

At $79.95 for less than a month’s worth, this stuff is expensive. No, let’s correct that: it’s freaking INSANELY expensive. Seriously, eat a salad and grab a few supplements from your local health food store and you can get the same thing for much less.

Still, if you’ve got a Brinks truck to back up and would like to sign on for regular deliveries of Man Greens, Mita Nutra is altruistic enough to knock a full $20, thereby lowering your cost from “exorbitant” to “too much.”

You can purchase Man Greens on Mita Nutra’s site and remember to bring lots of money. 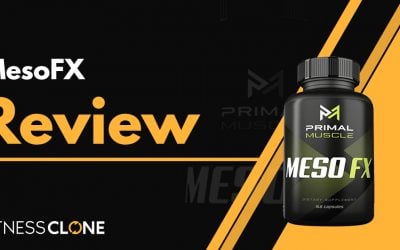 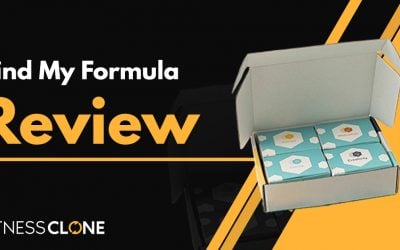