From Brooklyn, New York, Lou Ferrigno lost most of his hearing as a young child, he believes due to ear infections. He wore hearing aides and was bullied for his speech and his poor hearing. Ferrigno began weight training when he was 13 and won his first IFBB title in 1969 when he was 18, and Mr America and Mr. Universe Tall in 1973. One of the largest bodybuilders of the era, Ferrigno won Mr. International and Mr. Universe again in 1974. Also in 1974, he placed 2nd at his first attempt at Mr. Olympia. Ferrigno’s attempt to beat Arnold Schwarzenegger became the subject of the documentary Pumping Iron and made him famous. To make ends meet, he worked in a sheet metal factory for a while and also gave pro football a shot. In 1977, he was cast in The Incredible Hulk and he also played the voice of the Hulk for Marvel film until being replaced in 2012 by Mark Ruffalo. Ferrigno has appeared in several other films and tv shows including The King of Queens, Chuck, and Celebrity Apprentice. Ferrigno returned to the bodybuilding circuit in the 90s and competed in the ’92, ’93, and ’94 Mr Olympia contests before retiring in 1994. He has appeared on many magazine covers including Muscle & Fitness, Flex and Iron Man. Ferrigno has his own line of fitness equipment and worked as a personal trainer for Michael Jackson. He has 3 children with his wife Carla Green. He has millions of followers on social media. Ferrigno is6 feet 5 inches tall and weighed about 285-295 lbs. when he competed, and about 250 lbs. today.

Ferrigno is from the golden age of bodybuilding when competitors had a simpler approach to nutrition. He would eat a lot of red meat, chicken, eggs, tuna and cottage cheese for his protein along with oatmeal, po-tatoes, applesauce, and bread for his carbs and that was about it. Back in his heyday, he would consume up to 10,000 calories a day, but now it’s about half that. Instead of 6-7 meals, he has 3-4 and follows a Mediterranean-style diet that is heavy on the fruit and veg, along with protein such as fish.

When he was training, Ferrigno measured his food and ate every couple of hours. These days, he still eats healthy, but it is a much wider variety than his tuna-and-toast days.

Ferrigno is all about consistency in eating, exercising, and in life. Just because there’s tempting foods on offer doesn’t mean you should just chow down indiscriminately.

Back in the day, Ferrigno’s go-to snack was applesauce (unsweetened), a can of tuna (drained) and a cup of oatmeal. He says when he’d eat this on a plane, the smell would wake up his fellow travelers.

‘The difficult thing for me as I get older is to eat enough to satisfy my hunger without overeating.’

Ferrigno on His Diet

Ferrigno on the Mediterranean Diet

‘Go back to the days of the Romans and Greeks. They just had fruits and vegetables. They didn’t have fried food or heavy dressings.’

Ferrigno on the Modern American Diet

‘Everybody wants the easy way out, but you need to have discipline. I probably eat half of what I used to.’

Ferrigno started lifting as a young teen and never lost the habit. He has been a personal trainer to a lot of big stars including Chuck Norris, Mickey Rourke, and Michael Jackson.

Ferrigno realized that maxing out on reps doesn’t necessarily build muscle, and can lead to injury. He opts to control the weight, even if it means lifting lighter, to prolong his health and career.

Ferrigno says it’s very important to concentrate on the muscle group you are working. For beginners, he recommends going lighter on the weight until you have the technique down.

Hit All the Angles

Ferrigno liked to target muscles from different angles to create maximum size. He also switched up his routine so it didn’t get too monotonous.

Ferrigno hit it hard 6 days a week, and taking Sundays off. His was a high-volume program, doing as many as 80 sets in a single session. He still works out for 1 hour 20 minutes a day.

Simple, But Not Easy

Ferrigno trained with heavy weights, controlled the motion throughout the entire eccentric and concentric phase, and included sufficient recovery time.

Ferrigno had the habit of shouting Arnold Schwarzenegger’s name at the top of each rep as a reminder and a motivator. To create his massive size, he did a lot of compound moves like squats and deadlifts.

Ferrigno prefers a classic split routine, focusing on 1 body part per day. He does high volume, but not too many supersets.

‘There is no excuse for anyone not to train 3 times a week.’

‘Exercising as you get older becomes more and more about having proper form. I have no injuries in my upper body because I have always focused on perfect form.’

Ferrigno on the Importance of Flexibility

‘I make sure I get a full stretch.’

Ferrigno on the Upside of Aging

‘As I get older, I feel more comfortable and more efficient. I feel better than ever.’

Ferrigno takes a multivitamin every day and has for a long time to cover his essentials.

Vitamin D is more recent addition to Ferrigno’s health regimen. He takes it to boost immune system and to prevent osteoporosis.

When Ferrigno participated in Celebrity Apprentice, he says he was encouraged that fellow competitors such as Adam Corolla and Paul Teutel Sr. expressed interest in healthy living.

Jack of All Trades

To make ends meet when he was working his way up in the bodybuilding world, Ferrigno worked in a sheet metal factory, which he hated because it was dangerous. He has also worked in law enforcement as a deputy sheriff in LA County, a reserve deputy sherrif for San Juis Obispo County, CA, and a volunteer sheriff in Maricopa County, AZ, and went through training for Homeland Security. He also harbors ambitions to compete on Dancing With the Stars.

Ferrigno won $50K for the Muscular Dystrophy Association on Celebrity Apprentice. He chose it because of a friend who had polio as a child.

During Celebrity Apprentice, Donald Trump was impressed with Ferrigno’s wins as a Mr. Universe. In 2018, President Donald Trump appointed Ferrigno to his Council on Sports, Fitness & Nutrition.

Ferrigno on His Childhood

‘I have a lot of anger about my childhood — being hard of hearing and my relationship with my father.’

‘Bodybuilding saved my life because I overcame the nerd stage…I was fascinated with power, and then I decided to take that direction because I knew that would make me feel good about myself.’

‘I never think about losing.’

Ferrigno on His Hearing Aids

‘When I work out, I wear 2 in-the-ear hearing aids for comfort, and then I wear the behind-the-ears for my day-to-day, non-physical activities.’

Ferrigno on Being The Hulk

‘The truth is, I’ve been the Hulk my whole life.’

Ferrigno on The Public Perception of Bodybuilders

‘Everyone gets the impression that, as a bodybuilder, you just focus on the body. But they will respect a never-before-seen side that shows integrity and fighting spirit.’ 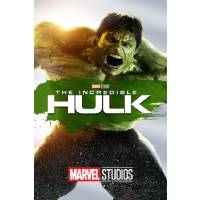 The Incredible Hulk
GET IT HERE 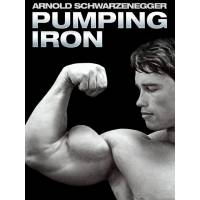 Pumping Iron
GET IT HERE 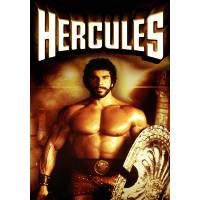 The Adventures of Hercules
GET IT HERE 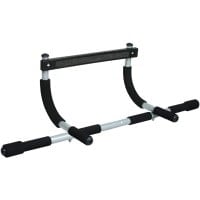