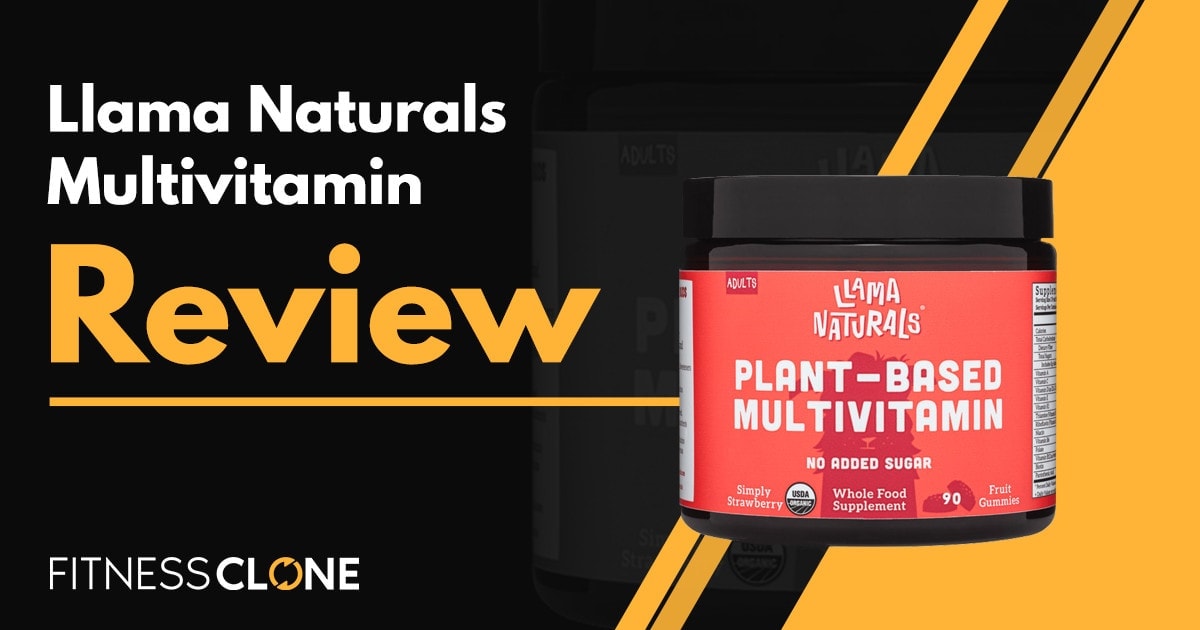 Llama Naturals is a company that believes in the fruit, the whole fruit, and nothing but the fruit in their gummies. This means no added sugar or other nastiness that too often finds its way into natural products.

Instead, they stick with what nature provides, which includes real, organic, natural, food-based multivitamins for adults.

Sure, a spoonful of sugar helps the medicine go down, though a spoonful of added sugar only helps your health go down—as in, downhill. That’s why Llama Naturals isn’t interested in merely selling you a sugar high with added vitamins, and instead, brings you multivitamins that are low-glycemic and healthy. They are made using simple, all-natural ingredients that are mostly certified organic, and the vitamin content is not only low dose (as it should be), it’s all from real fruits and vegetables, with nothing synthetic or artificial added.

Plus, they will satisfy your sweet tooth using real whole fruits so that taking your vitamins aren’t such a medicine-y experience.

The 13 essential vitamins in Llama Natural’s gummies are not only from real fruits and veggies, they’re processed using low heat to maintain flavor, nutritional content, and absorbency.

We appreciate that they keep vitamin contents on the low-dose side so that they’re not just selling you expensive pee (that gorgeous neon yellow only means unused vitamins are passing through…). That’s because ideally, a multivitamin is there to shore up a healthy diet, not replace it.

Llama Naturals Multivitamin will give you the most bioavailable nutrition, but don’t be fooled into thinking any multivitamin is going to counter a high-glycemic, high trans-fat, high sodium diet of processed foods. Yes, it will help at least somewhat, though it won’t keep you healthy the way a good, clean, whole foods diet can, no matter how far over the RDA your multi goes.

Sugar is sweet, cheap, and makes everything taste better, which is why it’s added to so many foods. But something else it’s added to is our girth, which has risen dramatically along with our sugar consumption throughout the ages.

That’s why we embrace products that avoid the stuff that rounds us out—not to mention sends us to the care clinics with chronic diseases. Plus, it still satisfies your sweet tooth—just from healthy whole fruits rather than refined sugar.

You take vitamins for your health, which is why it makes little sense to risk having pesticides, herbicides, or GMOs in your multi. Of course, it usually costs more for organic, since all those pesticides, etc. are there to make thing easier and cheaper to grow, which is why Llama Natural’s price point for their gummies is such a refreshing surprise—Yay!

Organic AND affordable, together at last.

Basically, we’re talking about little lumps of vitamin-infused fruit leather, with the vitamin infusion coming from baobab fruit powder and the fruit & vegetable-based vitamin blend. This provides a full array of essential oil and water-soluble vitamins along with other beneficial components of fruit, such as a little fiber in your vits.

Though this works out to an average of 75% of the recommended daily values of most vitamins per 3-gummy dose, there’s no mention of any mineral content. This is odd both in that minerals are an important part of most multis, as well as that baobab alone is known as a good source of some key minerals, and there’s likely more in the other ingredients as well—why not list them? Minerals matter too!

On the other hand, using mostly food-based vitamins from fruits and veggies also increases their bioavailability and uptake (even without food), and as far as that sweet tooth—skipping the M&M’s in favor of real strawberry flavor shouldn’t take too much mental arm-twisting for you!

It’s important to get an adequate supply of daily vitamins, though going the route of synthetic multi’s with lots of additives to keep ‘em tasty and cheap isn’t really the healthiest way to go. Likewise, though we should ideally get a full spectrum of what we need from our diet alone, our modern food supply and tendency to be picky at the buffet prohibits this.

But the next best thing is what Llama Naturals has to offer, which are vitamins concentrated from whole foods so that they’re still in their most beneficial form. Since they’re gummies made from real organic fruits and veggies, there’s no need for a spoonful of sugar to help them down. Instead, you get a lightly sweet little nibble-to-nosh that has the added benefit of not needing food to go along with it for vitamin absorbency. Instead, it literally is…food, so enjoy!

Who is Llama Naturals Multivitamin Best For?

Anyone who needs to shore up their daily nutrition with a quality, food-based vitamin can benefit from Adult Plant-Based Multivitamins. This especially includes those who love tasty little schnackies but are trying to avoid the empty calories of candy and other sweets. Since there is no added sugar or artificial anything in Llama Natural’s products, you can enjoy them guilt-free.

No, they’re not as sweet as a traditional gummy, though to us that’s also a selling point!

Llama Naturals claims that no llamas are harmed in the production of their products, and as far as we can see they’re right. Even though the popularity of llamas here in the US is superseded by the cuter and cuddlier alpaca, the lamoid scene in this (or any) country is nonetheless incomplete without llamas. This means treating llamas right is high on the list of selling points for any company, which is why we applaud what Llama Naturals is doing.

Plus, they claim their vitamins are safe, healthy, and effective, and they’re right on that too!

So yes, Llama Naturals backs their claims, and as an added benefit, has a company-wide sense of humor.

Even though Llama Naturals Multivitamin is free of added sugar, soy, gluten, dairy, nuts, and llama, there is still the odd chance some may be sensitive or allergic to Multivitamin’s ingredients.

The good news is that Llama Naturals does offer a money-back guarantee, though other than stating “We may ask that you send back unopened bottles” in the FAQ’s, there’s not much in the way of details of the return policy we could find on the site.

Other than that, side effects include giggles and grins and a desire to go ride a llama.

Where to Buy Llama Naturals Multivitamin

At $29.95 for the one-time purchase of about a months’ worth, Llama Naturals Adult Multivitamins won’t break the bank. Plus, you can save an additional 10% and they’ll ship it for free if you sign up for regular deliveries, and they’ll knock another 10% off if you give ‘em your email address. 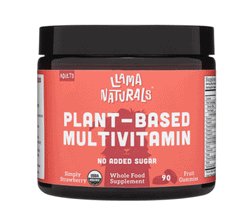 Après Review – Does This Protein Shake Live up to Expectations?

MoveWell Review – Can This LiveWell Supplement Get You Moving?

MealEnders Review – Can They Really Curb Your Cravings?

Lumen Review – Can This Metabolism Device Improve Your Health?

Check Out Our TOP RATED Multivitamins