Hum Air Patrol Review: Can It Protect Your Body From Toxins? 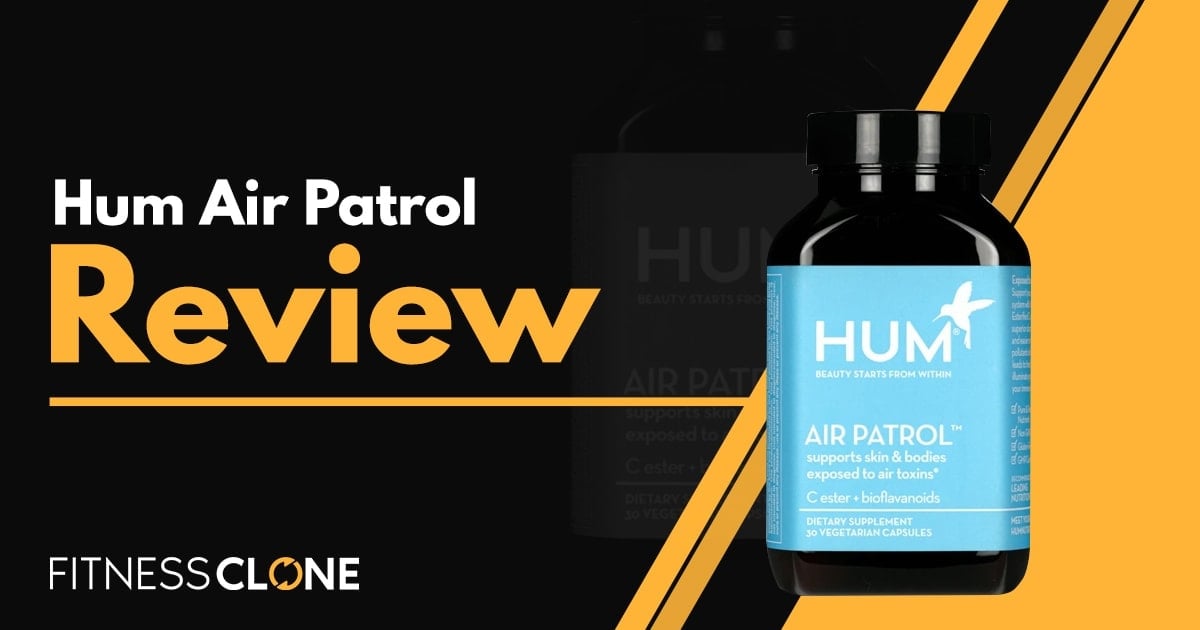 Did you know that there was a time when we didn’t realize poor air quality has a negative effect on human health? It’s true! While humans have long known that there is some general connection between environment and health, it was not until the rapid growth of industrialization until we realized how detrimental poor air quality can be for health.

Air Patrol is a new product from Hum Nutrition that is designed to protect your body from the harmful effects of air pollution. Each capsule of Air Patrol is packed with vitamin-C ester, a fat-soluble version of our favorite daily vitamin, and large quantities of bioflavonoids.

We are going to talk about Air Patrol and answer some important questions such as its pros, cons, where to buy, side effects, and whether or not it actually works.

Air patrol is basically a daily supplement that is meant to keep vitamin C levels high and consistent. It comes in the form of a daily capsule that you take once a day in the morning. Air Patrol capsules give your body what it needs to keep your immune system functioning properly.

Now you might be thinking about how this matters. After all, Air Patrol won’t magically clean the air of pollutants. This is true, but Air Patrol can help greatly reduce the negative effects of air pollution by offsetting the weakness of the immune system brought about by air pollution.

Air Patrol markets itself for those who live in urban environments. Densely populated urban areas are particularly prone to air pollution and those who live there are more likely to suffer from air pollution effects. Air patrol also helps the skin keep its elasticity and vivacity, as paler skin and poor complexion is another effect of air pollution.

Hum is also packed with bioflavonoids, an important ingredient in collagen production. Collagen is responsible for your skin’s elasticity and strength.

Air Patrol is made by Hum Nutrition Inc., a well known dietary supplement company. Hum stands apart from a lot of companies in that they offer customers free access to teams of trained nutritionists for health advice. Hum also prides itself highly on the research they put into their products. They claim that all of their products go through a rigorous research process to determine they work as intended.

Most of Hum’s products are along the same lines as Air Patrol. They are daily supplements designed to promote overall health and wellness. Some products focus on hair rejuvenation and other focus on promoting healthy digestion.

Hum has a pretty solid internet presence, a sizable customer base, and solid branding, all of which are the sign of a trustworthy company.

How Does Air Patrol Work?

Let’s break this down: Whenever you breathe polluted air, your body ingests what are known as free radicals, reactive molecules that can damage cellular structures. Vitamin C, being a complex molecule, is particularly prone to be damaged by free radicals. When you have low vitamin C, your immune system cannot be properly maintained and it begins to weaken.

At this point the lack of clinical evidence becomes apparent. Based on our research, we are unsure if Air Patrol is particularly more effective than just taking vitamin C and bioflavonoid tablets. The product has very few reviews on the website which is usually not a good sign.

Air Patrol has two main ingredients: Vitamin C ester and bioflavonoids. We have already mentioned both previously so we won’t reiterate too many details. The key things to keep in mind about the ingredients are that vitamin C-ester is a fat-soluble form of vitamin C, which makes it more easily absorbable, and that bioflavonoids are an important precursor for the production of vitamin C. Bioflavonoids are also a common ingredient in supplements for allergies and other inflammatory conditions.

The supplement needs vitamin C-ester as vitamin C itself is very unstable. Vitamin C is water-soluble, which means it cannot be properly absorbed by your body. The slight variation of the molecular structure in vitamin-C ester allows the molecule to differentiate through the body’s various tissues.

The one major side effect we noticed is the possibility of an upset stomach. Other than that we could not find a record of any notable side effects, though the question of whether it is more effective than regular vitamin C tablets is still up in the air.

You can buy Air Patrol directly from Hum’s website or from third-party retailers such as Amazon. Air Patrol does not seem to be available in physical retailers currently. A 30-day, 30-capsule supply of Air Patrol costs just $10, a very affordable solution for air pollution sickness. 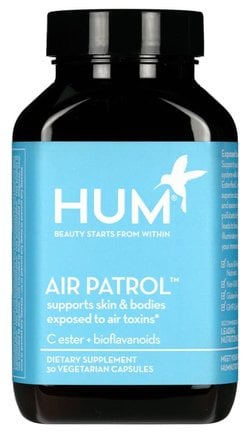 Best Deal on Hum Air PatrolWe scour the web for the best deals on supplements. Want the best price? Click the button below for the best savings!GET THE BEST PRICE

Air Patrol: Is It Worth It?

Normally we review Hum products pretty positively but Air Patrol might be one of the few we’d say it’s best to pass on. There is just no good reason to think its anymore effective than normal vitamin C tablets which are usually cheaper and can be bought in bulk. Also, Ait Patrol does not protect against the other more detrimental parts of air pollution such as lung irritation.

Overall Rating: 3 out of 5
Categorized in: Detox Reviews, Reviews