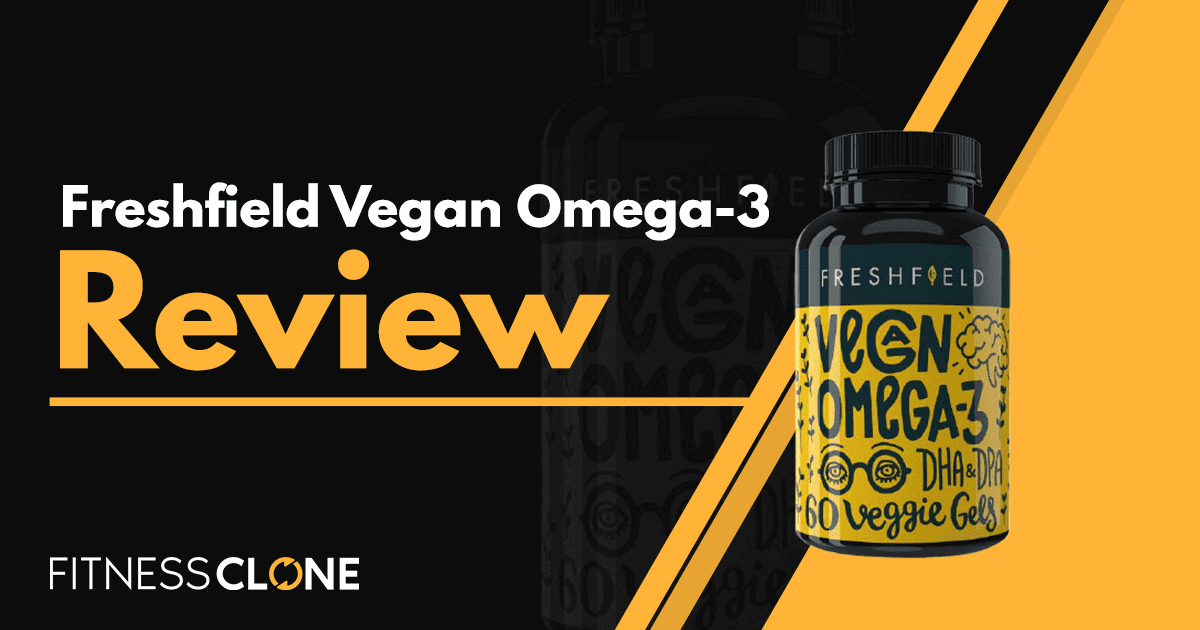 Omega-3 fatty acids are building blocks. They work alongside proteins and amino acids to help your body perform its regular functions. Your body uses them to break down the food you take in and convert it to energy. They’re also essential for the growing, repairing, and healing of cells.

Freshfield Vegan Omega-3 is a supplement that provides you with two of the three main Omega-3 fatty acids—DHA and DPA. These fatty acids are considered essential because they are not produced by your body. You must take them in through food or supplements. This supplement is completely plant-based, so your body absorbs it more easily and stores more of it for later use.

What Is Freshfield Vegan Omega-3?

Freshfield Vegan Omega-3 is a supplement that contains the fatty acids DHA and DPA. They’re derived strictly from plant oils instead of fish oil. Freshfield makes this supplement with algae. There’s no risk of ingesting toxins sometimes found in fish, and you get a better source of DPA.

There is nothing unnatural in Freshfield Vegan Omega-3. The company is 100% committed to full transparency and has all their products tested by a third-party lab for certification.

Freshfield Vegan Omega-3 is comprised of DHA and DPA. DHA provides several benefits for your body, which we will take a closer look at below.

DHA reduces the risk of heart disease by increasing good cholesterol and decreasing blood triglycerides. It also improves circulation and decreases blood pressure. You can use it for faster recovery of muscles after exercise, as well.

While it may not be a dedicated prenatal supplement, such as the likes of BeliWomen Prenatal or Rainbow Light Prenatal One, Freshfield Vegan Omega-3 still has its benefits when it comes to prenatal care. Pregnant women who take Vegan Omega-3 supplements can lower their risk of an extreme preterm birth. The fatty acids aid in the healthy development of the baby’s brain and eyes in utero, also.

Research is showing that fatty acids may decrease the risk of getting certain types of cancer. This is linked to DHA reducing inflammation. People with chronic inflammation are at higher risk for some cancers. DHA works as an anti-inflammatory and can even block existing cancer cells from growing.

DHA supports your central nervous system. That system includes your brain. DHA has been shown to improve cognitive health in adults and even slow the onset of Alzheimer’s disease and dementia.

DHA is proven to promote normal eye development in babies. It’s important for pregnant women to take in enough DHA to support eye growth in their babies before birth. DHA should also be taken during breastfeeding to continue healthy eye development after birth.

DPA also provides benefits. It’s sometimes referred to as the “missing” Omega-3 fatty acid. This is because it’s not found in large quantities in most sources. Here are some of the benefits of DPA:

The list of ingredients for this supplement is short. It’s composed of algal oil (the source of DHA and DPA), a vegan capsule (purified water, modified food starch, glycerin, carrageenan), and rosemary oil. Algal oil is a popular ingredient in many other vegan supplements, such as Complement Vitamins, as it contains different forms of omega fatty acids and chlorophyll.

All of Freshfield Vegan Omega-3’s ingredients are natural and safe for use as a prenatal supplement.

Does Freshfield Vegan Omega-3 Work as Well as Fish Oil?

Freshfield Vegan Omega-3 works every bit as good as fish oil and without some of the unwanted side effects that come with fish oil. Those of us that have used fish oil supplements in the past are familiar with the unpleasant “fishy” burps that come along after downing the capsules. Vegan Omega-3 capsules eliminate those.

Vegan Omega-3 is also easier for your body to absorb. It has DPA, too, which allows your body to store more of the fatty acids, so there’s always a supply to pull from on-hand.

Who Should Take Freshfield Vegan Omega-3?

Anyone can take Freshfield Vegan Omega-3. This supplement is safe for all adults, including women who are pregnant.

Freshfield makes Vegan Omega-3 free from gluten, shellfish, tree nuts, peanuts, fish, eggs, dairy, and GMOs. The capsules are also made with palm-free glycerin. Those with a severe sensitivity to soy or coconut oil may need to avoid it, though, as small amounts of these are used in the manufacturing process.

We investigated some of the claims Freshfield has made about this Vegan Omega-3 supplement. Below is what we found.

Freshfield claims their Vegan Omega-3 supplement is 100% vegan and natural. This is true. The company doesn’t use anything synthetic in the supplement or the capsule.

Freshfield claims this supplement is safe for pregnant women. It is a good source of DHA for a developing fetus. Rosemary is on the ingredients list as a preservative. It is used in such a minimal amount, though, that there is no risk to the baby.

Freshfield claims your body can use more of the fatty acids from the supplement than those found in fish oil. Most fish oil supplements consist of DHA and EPA. Freshfield Vegan Omega-3 has DPA in it. The DPA helps your body use the DHA more efficiently and allows your body to store some of it to use later, as well.

This company claims to be fully transparent. That does appear to be true, given what you see on their website.

Research shows the side effects of Vegan Omega-3 to be minimal and mild. You can experience some mild stomach and intestinal discomfort. Some reports of slight increases in cholesterol exist.

The biggest concern over the safety of Vegan Omega-3 is with taking the correct amount. Too much DHA, EPA, and DPA may reduce your body’s ability to clot blood. That can lead to higher chances of bleeding.

Where to Buy Freshfield Vegan Omega-3

You can buy Freshfield’s Vegan Omega-3 supplement in a few places. You can order it directly from the Freshfield website.

Freshfield offers a membership deal you can sign up for which can save you 30% on Freshfield Vegan Omega-3. Additionally, right now you can get 10% off your order if you use code “FITNESSCLONE” at checkout. 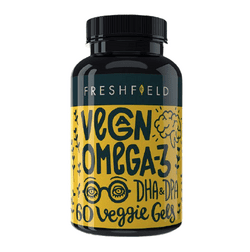 Freshfield Vegan Omega-3’s price is in line with what other companies charge for similar products. Freshfield is higher quality, though, using only natural ingredients that are easy for your body to absorb.

Freshfield’s Vegan Omega-3 supplement is a quality product that provides a lot of health benefits for adults and babies in utero or breastfeeding. You can trust that you’re putting something into your body that’s natural and 100% plant-based. The product is designed so you get only what your body will use and no additives you don’t need.

Vegan Omega-3 works the way it’s supposed to with a price that’s reasonable. Freshfield calls this a catch-all supplement. It does provide benefits in several different categories to support your overall health. This is a good supplement from a reputable company that’s transparent with their product information. It’s safe, effective, and a good value.

Approved Science Keto Review – Does it Live Up to the Hype?

Cyclostane Review – Is This Anabolic Warfare Supplement Worth Buying?

Organifi Gold Review – Can This Supplement Help You Relax?

Verso Clean Being Review – Is This Supplement Effective?

Beam Dream Review – Can It Really Provide Your Best Sleep?

Perfect Keto Exogenous Ketones Review – Are They Worth It?

Kion Aminos Review – Is This Supplement Better Than BCAA’s?