Dioxyme Brain Review – How Does This Nootropic Compare? 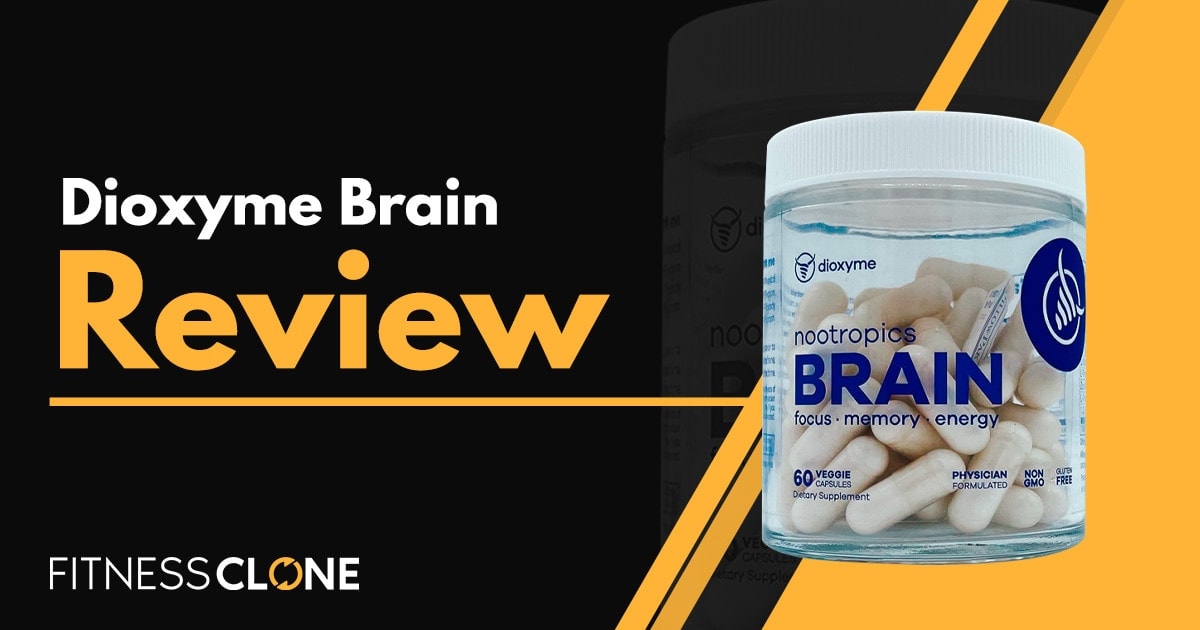 Can this supplement boost your physical performance along with giving your mental performance the jolt it needs? That’s what we’ll find out in this Dioxyme Brain review. Let’s get started!

There are many different advertised benefits from Dioxyme Brain. These include:

Various ingredients in Dioxyme Brain, such as Alpha GPC, are designed to increase levels of neurotransmitters, such as acetylcholine, which in turn is supposed to improve focus and concentration.

Dioxyme is also advertised to improve learning and memory processes also due to an increase in neurotransmitter production.

The inclusion of various forms of caffeine in Dioxyme Brain is designed to give you steady, long-lasting energy without jitters or a crash.

Finally, Dioxyme Brain contains ingredients designed to decrease stress and fatigue, such as l-theanine, and in turn, improve mood and motivation.

The first ingredient is Alpha-GPC, which is a potent form of choline known to enhance levels of acetylcholine in the central nervous system (CNS). In turn, it may provide benefits for learning and memory as well as exercise performance, such as in muscular contractions and power output. However, some research on the physical performance aspects is inconsistent. Usually, a minimum of 250mg is needed, with some research using as much as 1,200mg.

Up next is l-carnitine, which is an amino acid that may have a number of benefits for mental and physical performance. Carnitine is able to supply cells with energy and support brain health, and it is also able to stimulate acetylcholine, which can improve focus, learning, memory, and other aspects of cognition. Other research shows carnitine can protect against inflammation and oxidative stress in the brain, which could offer benefits for memory and other aspects of cognition. Finally, since carnitine is abundant in skeletal muscle, it may be able to increase energy production for workout performance and minimize oxidative stress after training. The typical effective dose ranges from 500mg to 2g.

Another amino acid included in Dioxyme Brain is tyrosine. Tyrosine is a precursor to the neurotransmitter’s dopamine and norepinephrine, both of which are involved in energy, motivation, alertness, and mood. Tyrosine supplementation is particularly beneficial for people who are under a lot of stress and/or with depleted dopamine and norepinephrine. Overall, it is effective for people in very physically or cognitively demanding tasks. There is a huge dosage range, anywhere from 2 to 20mg per day.

Dioxyme Brain also contains ZumXR, which is a form of extended-release caffeine. It is well-known that caffeine enhances alertness, concentration, focus, physical performance, mood, and decreases fatigue, among other things, due to its ability to block adenosine receptors and increase dopamine, norepinephrine, serotonin, and others. Research shows caffeine has a number of benefits for physical, cognitive, and day-to-day performance.

And the specific form of ZumXR is clinically proven to be much more bioavailable and also delivers caffeine at a steadier and more consistent basis, which leads to longer-lasting energy levels. A good range for caffeine intake is 50 to 300mg for general improvements, with sometimes higher doses being needed for more pronounced effects, especially related to exercise.

Up next is an amino acid called l-theanine, which is largely known for its calming effects. Theanine is able to increase GABA, serotonin, and alpha waves in the brain which results in a calm, yet focused awareness. Research shows it is beneficial for reducing stress and anxiety, and when paired with caffeine, it is effective at increasing cognitive performance. Most studies use around 200mg.

The last ingredient in Dioxyme Brain is 1,3,7-Trimethylxanthine, more commonly known as caffeine. So, they included the regular form of caffeine along with the ZumXR form mentioned earlier, which could potentially lead to even greater energy, performance, focus, and mood enhancement benefits. Basically, this form of caffeine is designed to get into the system right away, and then ZumXR complements this by releasing more at a steady, long-term rate.

Overall, it is likely that Dioxyme Brain will offer various nootropic benefits and positively affect mental and physical performance. The ingredients in Dioxyme Brain are all well-researched and proven to enhance alertness, focus, memory, energy, and even muscular contractions and reaction time.

The main issue with Dioxyme Brain is the relatively low dosages of the ingredients. With the exception of caffeine, all of the ingredients in Dioxyme Brain are on the lower end of the effective dose range, or they fall below the range altogether, such as with l-theanine and carnitine. As such, you may not get as good of results from this product as some of the research shows.

But overall, the ingredients in Dioxyme Brain should increase a number of different neurotransmitters and act on the CNS in various ways to improve mental and physical performance.

So, the ingredients in Dioxyme Brain are solid, but the dosages aren’t optimal, which means that the benefits you’ll get from this product are likely moderate. There are a number of ingredients in here able to improve focus and concentration, such as Alpha-GPC, so I would expect moderate improvements in this area.

Also, Dioxyme Brain may be able to improve learning and memory outcomes, although this is speculative since a lot of the research is done in people with clinical disorders, so it’s unclear how well these ingredients will work for healthy people.

Enhanced energy production is likely the greatest benefit of this product since it includes a very high-quality source of caffeine. In turn, you should see a very noticeable increase in energy and decrease in fatigue, whether you’re engaged in physical or mental tasks.

Who is Dioxyme Brain Best For?

Given its multi-faceted actions, Dioxyme Brain is best for people who are highly engaged in physically and/or cognitively demanding tasks on a regular basis and want to optimize their performance. This isn’t a magic supplement that will automatically increase your performance, but it could be a great way to moderately improve focus, concentration, alertness, and energy for high-performing athletes, workers, and others who need that edge.

Here are some possible side effects of Dioxyme Brain:

Where to Buy Dioxyme Brain

You can buy Dioxyme Brain on the official Dioxyme website at this link. 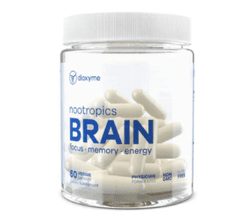 Get up to 10% off Dioxyme BrainWe scour the web for the best deals on supplements. Want to save up to 10% on your Dioxyme Brain order? Click the button below to get this deal!GET THE BEST PRICE

So, it is a pretty expensive product since it costs around $2 per serving. But, Dioxyme does offer a subscribe and save option, which will bring the price of Dioxyme Brain down 10% to $53.99.

Hunter Test Review – Will This Testosterone Booster Work For You?

Huawei Band 3 Pro Review – Should You Get This Fitness Watch?

Moov Now Review – Is This Fitness Tracker A Work Out Must Have?

LiverMD Review – Will This 1MD Supplement Support Your Liver Health?

AlphaViril Review – Is This Testosterone Booster Worth Using?