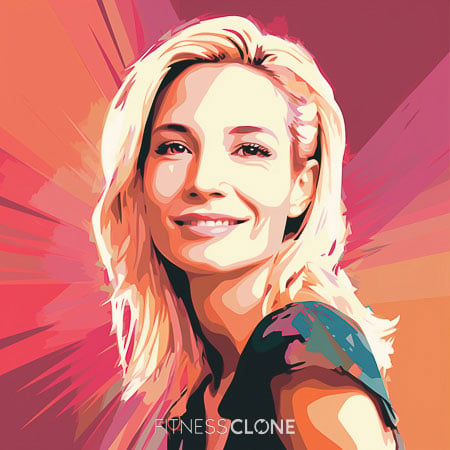 Originally from Indiana, Tracy Anderson hoped to become a dancer like her mother when she grew up and moved to New York City to pursue her dream of becoming a ballerina. But she gained a lot of weight the first year she lived there, which prompted her to want to become a fitness instructor instead. Anderson is widely regarded as a fitness guru and is perhaps most famous for her Tracy Anderson Method. She owns multiple gyms in New York, LA, and London. Anderson has written books on diet and exerciseand has DVDs for just about everyone in every stage of life, including pregnancy. She has sculpted the bodies of celebrities such as Victoria Beckham, Madonna, Gwyneth Paltrow, Jennifer Lopez and Jake Gyllenhaal. Anderson is 5 feet tall and weighs 95 lbs.

Even though Anderson has an exercise empire, she stresses the importance of a healthy diet. She avoids processed foods and eats organic vegetables, fruit, and protein. She says she only eats lean protein, such as chicken and eggs. Her carbs are whole and full of fiber, such as brown rice and quinoa. Dark chocolate is her go-to dessert and après-workout snack, although she admits to having a sweet tooth.

Anderson is all about keeping things simple. She advocates eating fresh, organic food. She has created a diet plan that she says will help you lose 3-5 lbs. a week.

Anderson offers a weight-loss meal plan that is high in veggies, fresh fruit and lean protein, and low in starches and grains, but are still easy to prepare and delicious.

Anderson says organic chicken is the only meat she eats (although she does also eat fish and eggs).

Cut the Caffeine (and Alcohol)

Anderson cuts loose sometimes. Her favorite cheats? Ice cream and French fries. She also keeps a bar of organic dark chocolate in her gym bag for a post-workout refuel.

‘I like for people to not be in their heads about eating. Food restriction can become a real mental game and I’m not a fan.’

‘I drink wine very rarely. Alcohol slows your metabolism for 3 days after you drink.’

Anderson advocates working out for 60 minutes, 6 days per week. This should include 30 minutes of cardio and 30 minutes of a combination of weights and stretches.

Anderson isn’t a fan of crunches or sit-ups. She says they don’t really burn calories, so you can do them for years without seeing results.

Anderson swears working out can and should be fun. She suggests starting slowly with fewer reps, and building up steadily. The key is finding what you love and making that the core of your exercise routine.

Cardio should be done six days a week for 30-60 minutes. This means sweating. A light stroll doesn’t cut it with Anderson.

Many of Anderson’s routines require no more than a yoga mat. She believes you can get a great full-body workout using just bodyweight.

Dial Down the Distraction

Anderson is not a fan of looking at a TV, a phone, or even a magazine while you’re exercising — although music is okay. She says you’ll get a better workout with music only.

You will want a yoga mat for these exercises. Anderson recommends doing all these exercises on the right side, then repeating on the left for maximum results. You can do these exercises every day. Start with 5 reps, working your way up to 30 per side.

Single-leg lift: Get down on hands and knees, then stack hands on top of one another. Keeping knees in line with hips, push toes as far apart as possible. Then lift right leg. Return to starting position and repeat.
Mini-squat with leg extension: Start in a push-up position. With the ball of the left foot on mat, pull the right knee into chest (both knees bend). Lift right leg straight up behind you as far as you can go without twisting hips to side, like a 3-legged dog yoga pose. Return to starting position and repeat.
Plank with arm/leg lift: Plank position, feet slightly separated. Lift leg out on diagonal and opposite arm out to the side at the same time in a slow, controlled movement. Lower still in control and repeat.
Stretch, bend & kick: On all fours, extend right leg across body, behind left leg. Next, bend right knee in, then lift it straight up as high as you can as you bend your elbows as if doing a push-up. Return to starting position and repeat.
Side hip drop: Kneel, but with torso raised (hips not bent). Lean on right arm, lower right hip as close as you can to the floor, then raise hip again. Extend left leg out to the side (off the floor). Keep left knee facing forward. Bring left knee back in line with right as you lower right hip again to repeat move.
Army crawl leg extension: Lay on stomach on mat. Pull right knee up as far forward toward your right shoulder as you can. Hands positioned under armpits, push up with arms, then kick right leg out behind you, pointing toe. Return to starting position; repeat.
All-fours leg swing: Start on all fours, but leaning on left elbow. Extend right leg out to side. Swing right leg back in line with hip and then up as you press up from elbow to leaning on both palms. Return to starting position.
Grand plié with kick: Start with heels together, toes apart, knees deeply bent and pulling away from each other, chest open (don’t hunch your shoulders). Drop into push-up position, bend elbows, bring knees together on the mat and lift right leg. Lower leg and return to start position of grand plié by pushing up using abs. Repeat.

Anderson on Skipping a Workout

‘Every day that you don’t work out, you are gaining weight or staying the same.’

Anderson on Filling up The Tank Before Hitting the Gym

‘Exercising on an empty stomach makes your workout far less effective because you’ll be sluggish and won’t be able to go the distance.’

‘Moves such as crunches which concentrate on the one area create an imbalance in the body and encourage bulk.’ 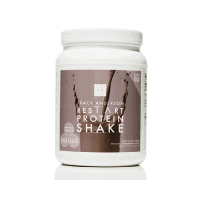 While Anderson believes we tend to be ‘over-protein-ed’ as a society, protein is still important. She says it’s important to find one from a clean source, such as her own ResTArt protein shake, made from all natural, non-GMO vegetarian sources. 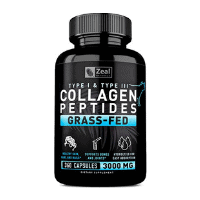 All connective tissue, including hair, skin and nails, is made of collagen. Taking a collagen supplement can keep your joints moving freely and your skin looking youthful.

Not that Anderson isn’t famous in her own right, but she is friends and business partners with Gwyneth Paltrow.

Journal For the Win

Anderson recommends keeping a journal to help de-stress. She says that when your thoughts and emotions are in order, it is easier to get your health in order.

Anderson gained 40 lbs. in her first year in NYC while she was training to be a ballerina, which was what made her decide to switch to fitness.

Anderson produces 3 brand-new classes every single week and has produced over 170 DVDs.

‘When people are stressed, it clouds their minds and makes them less productive.’

‘You need to show [your kids] that…just like brushing their teeth, they have to get their exercise in.’

‘Going for a walk is not exercise, that’s daily activity.’ 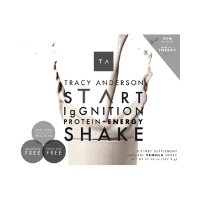 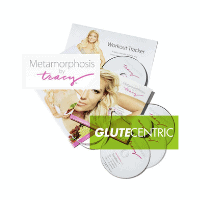 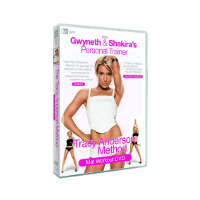 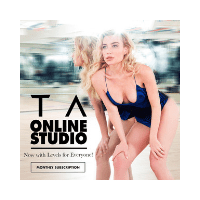 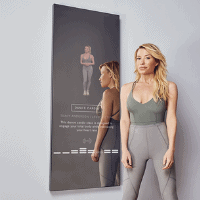 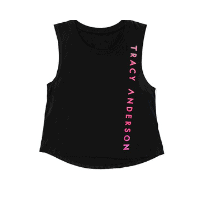 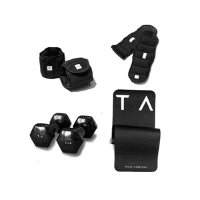 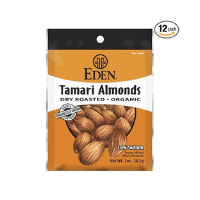 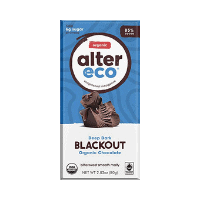 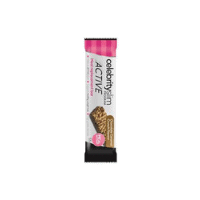 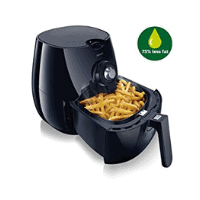 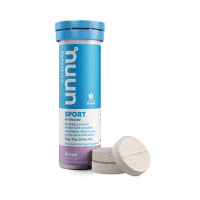