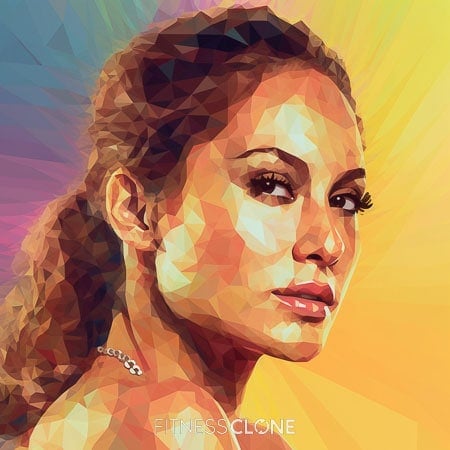 Jennifer ‘J-Lo’ Lopez is originally from the Bronx and she began taking singing and dancing lessons when she was 5 and often put on performances at home with her 2 sisters. Lopez attended Catholic school where she was very active: she did gymnastics, played softball and competed in track on a national level. As a high school senior, she answered a casting call and got a small role in a low-budget film, which led to more bit parts and some roles on stage doing regional theatre. Her desire to pursue an acting career caused a rift with her Puerto Rican immigrant parents and she moved away from home. She was picked as a backup dancer for the New Kids on the Block and also worked briefly as a dancer for Janet Jackson, but her breakthrough was scoring a role as a Fly Girl on the show In Living Color. Lopez went on to star in a few films, including Selena. She continued to act and also released her debut album On the 6, which went platinum 6 times, making Lopez one of the few to successfully cross over from film to music. But she didn’t stop there and has gone on to perfumes, lines of clothing, and film production. With over 100 million followers on social media, Lopez is considered a top influencer. Lopez is 5 feet 5 inches tall and weighs about 139 lbs.

Lopez eats all organic and primarily meat and vegetables. For her protein, she’ll have anything from chicken to pork, and she’s a fan of the spices used in Puerto Rican cuisine. Protein is also her go-to when she feels sluggish in the middle of the afternoon. She’s big on fruits and vegetables too, and she avoids empty-calorie foods.

Lopez starts her day with a protein shake, which she says gives her energy and sets the tone for the day.

J-Lo’s go-to for a meal out is a salad or meat and a non-starchy vegetable, like broccoli or asparagus.

Lopez doesn’t fool around with the snack monster and says she carries fruit and veggies with her to always have something healthy on hand if she feels hungry between meals.

Protein is my go-to whenever I start to have cravings. It fills me up and keeps me full longer. It’s a great muscle fuel.

I haven’t had caffeine in years.

Drink plenty of water, especially before a workout, can help you push harder and get more out of your exercise routine.

Lopez says she virtually never skips a workout. Even when she’s tired, she’ll make herself get up.

Lopez has more than one trainer, and they each have a completely different approach to fitness. The variety helps to keep her fit and works muscles in different ways.

Unsurprisingly, Lopez loves to work dance moves into her routines. And she always makes sure to keep it fun.

Lopez works out first thing so it’s out of the way and doesn’t get lost in her busy schedule.

Lopez works out 6 days per week for 90 minutes. She’s a fan of the Tracy Anderson Method, David Kirsch and Gunnar Peterson. She also does Pilates and rides her bike.

This is one she does with Tracy Anderson.

50-100 reps of each exercise
2nd position plié: Bend at knees, arms out to sides.
Hip stretches: Push hips out to each side, stretch right, then left.
Body bends: Arms extended, bend at waist and reach for ground. Roll back to starting position.
Body rocks: From 2nd position, bring elbows to knees, then roll body by pressing against your knees and rocking back and forth. Roll back up.

50-100 reps/each
Leg bends: Lift 1 leg a a time. Knees should bend & turn out. Lift foot as high as it will go.
Leg pulses: Legs straight, lift 1 at a time, as high as it will go.
Knee-to-shoulder: Holding leg straight out from hip, bring knee to shoulder, then out to the side, then back to starting position. Push yourself to increase range of motion over time.

50-100 reps/each
Crunches: curl up then release as you lower your back.
Crunch & extend: Cross right leg over left, crunch up & extend into the air. Switch legs after 10 reps; repeat.
In & out crunch: Legs out to sides. Bring right leg over left as you crunch up. Return to starting position.
90-degree crunch: Crunch up to 90 degrees, then back down. Spread legs wide, then bring back together.

50-100 reps/each
Circle rotation: 50 forward, 50 back. Focus on wrists to activate all the muscles in the arms.
Wrist rotation: Bring arms up, then back down.
Twisting rotation: Sam rotation, bringing elbows to hips.

Very rarely will I skip a workout. Sometimes, I work too late the night before and I’m like, “Ugh, I can’t do this.” But I tell myself, “Just do it. It’s only an hour.” It’s just talking yourself off the ledge of being a lazy bum.

Lopez On The Benefits Of Exercise

I am 100% convinced that working out is part of what makes me happy.

Beauty is only skin deep. I think what’s really important is finding a balance of mind, body and spirit.

Everyone wants a miracle cream, but there’s no substitute for feeling great inside.

Lopez On Not Giving Up

I keep dancing. I may not be getting all the steps right yet, but I’m dancing my heart out!

Lopez is a big fan of protein and says she kicks off her day with a whey protein shake. 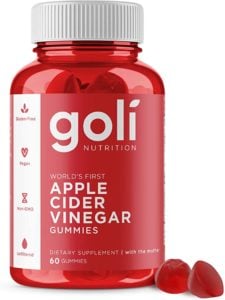 Lopez is an advocate for Goli Apple Cider Vinegar Gummies, which can benefit digestive health, immune health, and more.

Lopez takes a daily multivitamin to keep her skin glowing and hair shiny.

Lopez says her top beauty tip is to get enough sleep. She makes sure to get at least 8 hours each night.

Despite allegations that Lopez used medical intervention to conceive her twins, she is Roman Catholic and says her father discouraged her from trying in vitro. Multiple births run in her family; her sister also has twins.

The Call of the Lights

Lopez briefly attended college and had plans to become a lawyer, but dropped out to pursue her dreams of making it big in show biz.

Lopez was heavily involved with the charitable acts following the September 11th attacks. She has also worked with Amnesty International, the American Red Cross, the Children’s Hospital of Los Angeles, and is an avid supporter of LGBT rights, as well as launching her own charity along with her sister called the Lopez Family Foundation.

I see pictures of myself in my twenties and go, “Oh, I look better now!” I embrace who I am. I feel sexy, I feel youthful, I feel pretty sometimes!

Lopez On Her Many Talents

I was always a singer and a dancer, and I always wanted to be an actress. For me, it’s all just one thing.

Lopez On Her Greatest Fear

The fear of being alone drives my life.

I only do what my gut tells me to. I think it’s smart to listen to other people’s advice, but at the end of the day, you’re the only one who can tell you what’s right for you. 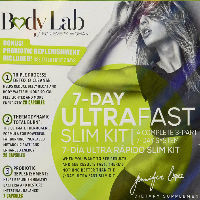 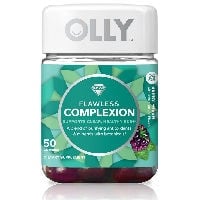 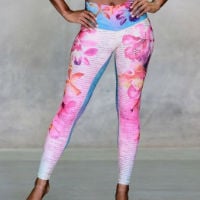 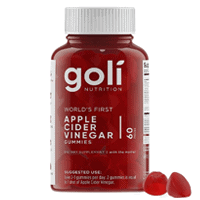 Goli Gummies
GET IT HERE 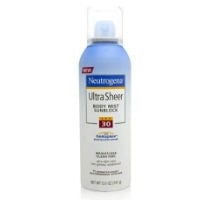 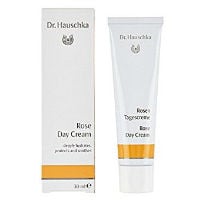