Theragun G3Pro Review – Is It Worth The Purchase? 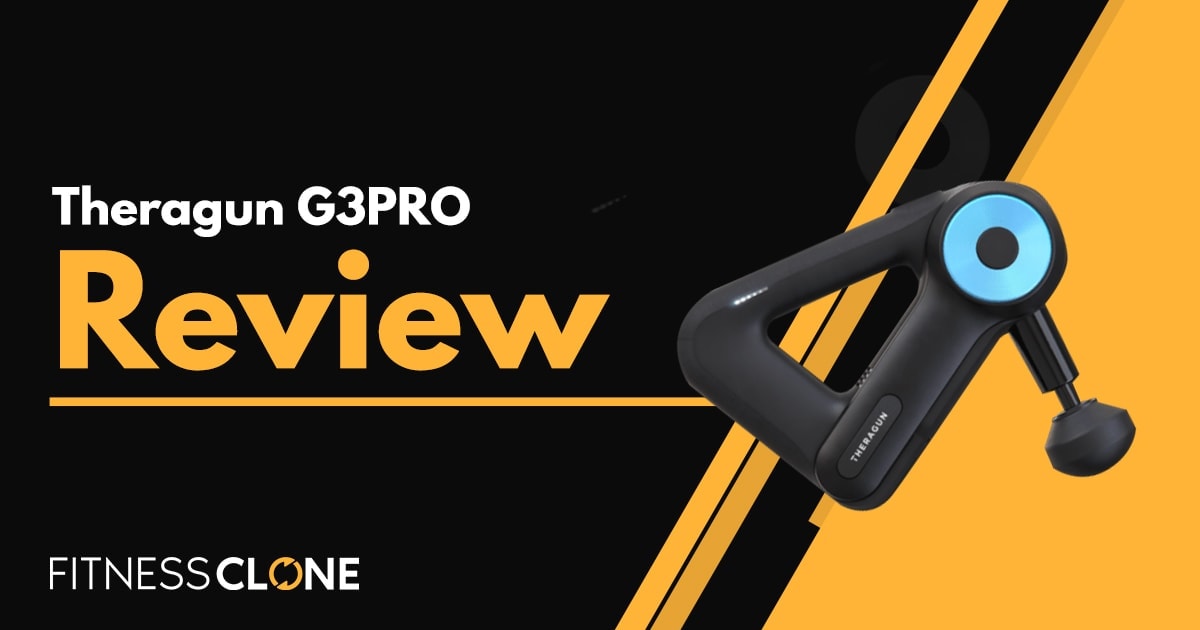 Myofascial release has become a hot topic with amateur athletes in recent years. Foam rollers and massage balls have found their way into gyms and homes across the country. Myofascial release is an effective therapy, but it can be slow to work. After a long workout, the last thing you want to do is to spend another half hour with the foam roller working out soreness.

Home massagers are well-known for working out kinks in muscles, too. They don’t have the punch to deliver release from the tightest knots. As with foam rollers, it can take a long time and a lot of work for a personal massager to really dig into the worst knots. Is there a better way to fix your deep muscle knots?

The Theragun G3Pro is a new deep-muscle massager meant to fix these problems. Does it really make a difference? Can it provide myofascial release faster than a foam roller? How is it different from other personal massagers? Let’s dig into the details to find out.

Overview: What is the Theragun G3Pro

Compared to most massagers, the Theragun G3Pro moves slower and deeper. Instead of vibrating, it pulses the massager head back and forth. The head oscillates at either 29 or 40 cycles per second. That seems pretty fast, but it’s slow enough that you can see the motion. It also moves much farther than most massagers – 16mm, or about two-thirds of an inch.

The deep stroke of the Theragun G3Pro lets the massage penetrate deep into your muscles. Like massage balls and foam rollers, it goes beyond the top layer of tissue to stimulate the deepest layers of muscle. Unlike static tools, it applies and releases pressure quickly to provide faster release.

How does Theragun G3Pro work?

If you haven’t heard, myofascial release is a form of massage that aims to release tension in the fascia, which is the tissue that wraps muscles up into bundles. When the fascia gets tight, muscles knot up and feel sore. Myofascial release usually takes lots of pressure. That’s why people use hard Styrofoam rollers, hard lacrosse balls, and similar items for the massages. It takes force to get deep and break up muscle tension.

High-level athletes were the first to embrace myofascial release. It is a great way to relieve soreness and improve range of motion. When you push your muscles to the limit day after day, tension builds up. Pro athletes swear by the practice. The first customers for Theragun were pro football players.

People with chronic muscle pain also love myofascial release. When you have a condition or an old injury that causes constant nagging pain, the myofascial release makes a big difference. Foam rollers and hard balls are the name of the game here, too.

Theragun G3Pro replaces the hard objects with a foam head that pulses back and forth. It moves enough to provide substantial pressure on the knotted muscle, then releases quickly. You can push the tissue hard with the Theragun, too. It works at up to sixty pounds of pressure.

Massage and myofascial release are generally considered safe. You should be careful using the Theragun if you are pregnant or taking blood thinners, though.

Where to Buy TheraGun G3Pro

You can buy the Theragun G3Pro directly from Theragun at their website, or purchase it on Amazon. The list price is $599 at either site.

Is Theragun G3Pro Worth the Purchase?

When you are looking at a $600 massager, this is the big question. You will have to answer it for yourself. It is an extremely useful tool. If you spend a lot of time on myofascial release, the Theragun G3Pro will save you time. This device should be on the wishlist of:

It is probably not worth the money if you are just an occasional foam roller (check out our Chirp Wheel review for another option). Spending ten minutes a week on the roller doesn’t justify the high cost of this tool.

It’s also worth noting that massage guns have come down in price, and you can get a quality massage gun like the truMedic massage gun or Reathlete massage gun for $300 or less.

Bare Biology Life & Soul Omega 3 Review – How Does It Compare?

Marea PMS Elixir Review – A Look At This Menstruator Multivitamin