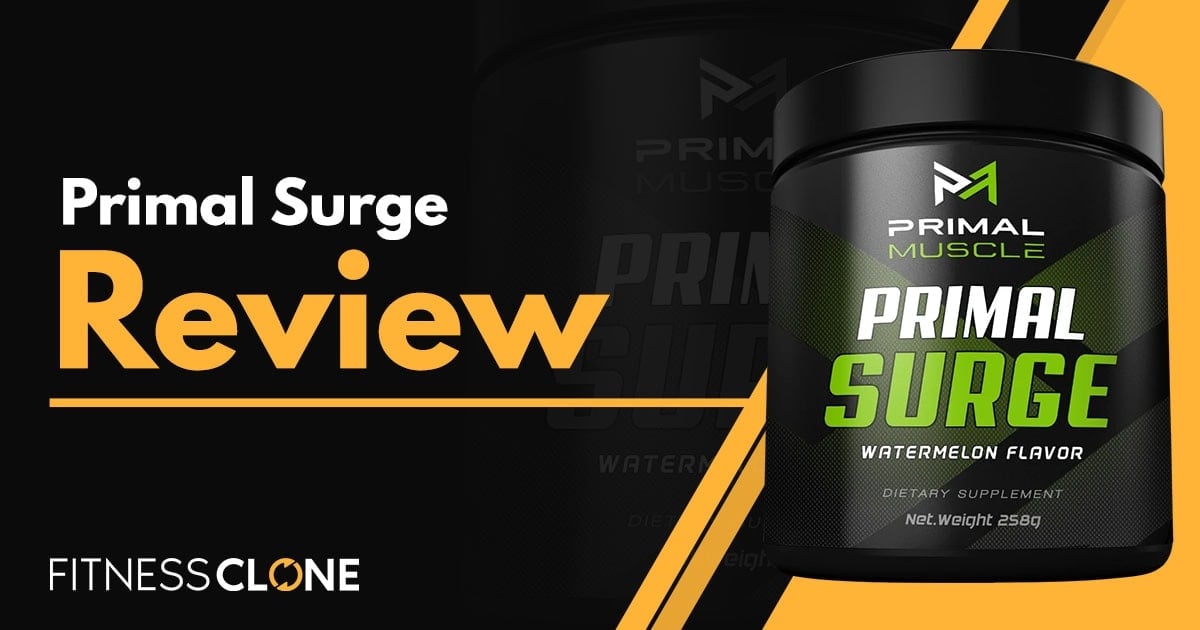 Getting bigger and stronger is a goal that many men and young men have, and of course, this starts with getting in the gym. But in order to get an edge on the competition and continue to push harder and harder, lifters often turn to pre-workout supplements in the hopes that they will do just those things.

There are tons of pre-workout supplements out there, so let’s take a closer look at one specific choice, Primal Surge. Does Primal Surge offer the pre-workout benefits you need to enhance your exercises? That’s what we’ll find out in this Primal Surge review!

Primal Surge is a pre-workout supplement made by Primal Muscle. Right from the get-go, you get the feeling that Primal Surge is supposed to deliver outstanding results. Primal Surge is designed to be a highly powerful pre-workout giving you insane energy, pumps, and focus, indeed offering a “primal surge” feeling. 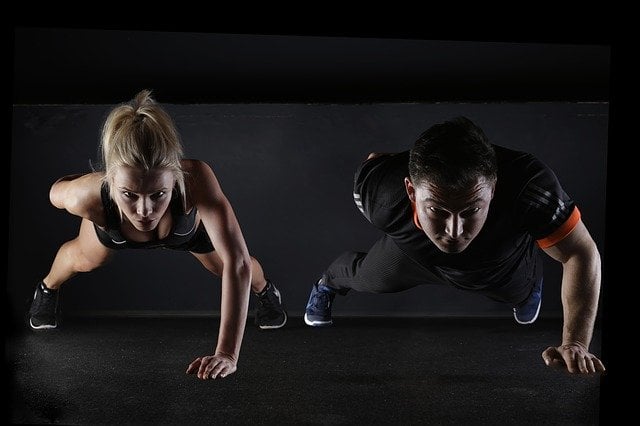 Primal Surge is designed to increase your energy levels and endurance, helping you to power through your workouts, combat fatigue, and push out more reps and sets.

Ingredients in Primal Surge are also formulated to ramp up your nervous system, increase muscular contractions, and ultimately lift heavier and heavier weights. An increase in power and explosiveness are also claimed benefits.

Primal Surge contains various nootropics designed to help keep your “eye on the prize” with increased focus, alertness, and concentration.

The coveted pump is also a benefit you’re supposed to get from Primal Surge. Various ingredients within Primal Surge’s formula are promoted as boosting blood flow and giving you that “sleeve-splitting pump,” as they call it.

Ultimately, a better workout should lead to more muscle. So, it is no surprise that Primal Surge also claims to help users pack on muscle mass.

Scan those benefits one more time, if you will. Aren’t those the bulk of what most men want? I’d surely think so. But let’s not get too heavily influenced just yet! Read on below to see if the ingredients in Primal Surge actually hold their own against the research.

There are 10 active ingredients in Primal Surge. These are:

(Note: Dosages are based on the serving size of one scoop/8.6g) The first ingredient in Primal Surge is Niacin, or vitamin B3. The main reason this is likely included is because niacin is a precursor to a compound called NAD+, which is essential for energy production in the muscles. The overall picture is inconclusive, although niacin may be beneficial for increasing muscle strength in some people.

Next up is CarnoSyn beta-alanine, which is a trademarked form of this very popular pre-workout ingredient. Beta-alanine is able to increase levels of carnosine, which is abundant in skeletal muscle, so this is thought to lead to better performance and lower fatigue by providing the muscles with more energy.

Indeed, research shows that beta-alanine supplementation offers benefits for people engaged in high-intensity exercise. It’s particularly effective at increasing exercise capacity (e.g., it helps you work out for longer). The benefits start with at least two grams, but 4 grams or more appears to be best.

Primal Surge also included L-Arginine Alpha-Ketoglutarate (AAKG). AAKG, and arginine in general, is a vasodilator, which means it helps to widen the blood vessels, due to an increase in nitric oxide. Enhanced blood flow can also improve muscular contractions.

AAKG may also reduce lactate buildup in the muscle cells, providing less fatigue and more endurance. Overall, AAKG appears effective for strength trainers, leading to better performance and less fatigue, although some studies suggest otherwise. Relatively high doses are needed in order for arginine to have a positive effect, upwards of 10 grams per day or more. If you take it long-term, though, you won’t need as much (around 2 grams daily).

Somewhat similar in effects to arginine is L-citrulline malate. Citrulline also increases blood flow to the skeletal muscles by increasing levels of arginine and nitric oxide. Ultimately, this leads to better exercise performance and possibly recovery, too, since more nutrients can be shuttled to the muscles. Citrulline is likely the king of blood flow-enhancing ingredients. It is of particular benefit for high-intensity strength and power athletes due to its influence on fast-twitch muscle fibers. At least 5 grams is needed for optimal benefits.

Another ingredient in Primal Surge is L-carnitine tartrate, which is a form of carnitine. Carnitine is composed of amino acids and performs a few roles in the body, including its activity in muscle protein balance, fatty acid energy production, and antioxidant and anti-inflammatory mechanisms.

So, carnitine may help with providing the body with energy for workouts and help to recover after workouts. Some research shows it can increase muscle carnitine content and may increase performance, but it isn’t fully conclusive. An effective dose is anywhere from 500mg to 2 grams per day.

The next ingredient to look at is Mucuna pruriens. Mucuna pruriens is actually a legume, and there are a number of proposed effects it has on the body. One interesting thing is that it contains L-dopa, which is a precursor to dopamine, a neurotransmitter that is involved in motor control, motivation, and arousal, among other things. Mucuna pruriens may be able to improve mood and increase testosterone, both of which could play a role in bouts of intense weight training.

Primal Surge also contains L-taurine, which is an amino acid. It isn’t entirely clear how taurine exerts its effects on muscles during workouts, but research does show that taurine supplementation can decrease lactate levels and fatigue, potentially leading to better muscular endurance. It also is probably effective for increasing strength and power and decreasing delayed-onset muscle soreness. The effective dose is usually 1 to 3 grams per day.

No surprise here: Primal Surge contains caffeine. Caffeine exerts its greatest effects on the central nervous system by acting as a stimulant. In turn, this leads to greater nerve firing throughout the body, including the muscles, which can lead to increased strength and power. Caffeine also positively affects muscular endurance by delaying fatigue.

While those sensitive to caffeine may still prefer an alternative, such as BlackWolf Pre-Workout’s caffeine-free option, it is worth noting that caffeine offers cognitive benefits for some people. Caffeine binds to adenosine receptors, which ultimately allows for more dopamine, norepinephrine, acetylcholine, and other neurotransmitters to be available. In turn, this leads to enhanced mood, alertness, and focus.

Primal Surge contains 250mg of caffeine anhydrous per serving, which falls into a typical range for pre-workout supplements. The beneficial dose is typically at least 2mg/kg of body weight up to 6mg/kg. So, for reference, a 90kg (200lb man) would benefit from 180 to 540mg.

Next up is theobromine, a compound found naturally in tea and chocolate. It has stimulatory effects, but less so compared to caffeine. Research shows that it can improve alertness, although its benefits on exercise performance are lacking (but still promising).

Alright, we’ve reached the final ingredient in Primal Surge: Yohimbe HCl. Yohimbe is a tree, and extracts from the bark are often used in exercise supplements. It can increase blood flow, and it acts as a stimulant, but there really isn’t much of a benefit in terms of strength, muscle mass, or other performance measures.

So, will Primal Surge be an effective pre-workout? Most likely. It has a combination of some of the best and well-researched ingredients, many of which offer enhanced effects when combined together. Primal Surge contains a variety of ingredients that can increase blood flow to the muscles, delay lactate buildup, decrease fatigue, stimulate the nervous system, and so forth, all of which should lead to improvements in strength, power, endurance, and overall workout performance. 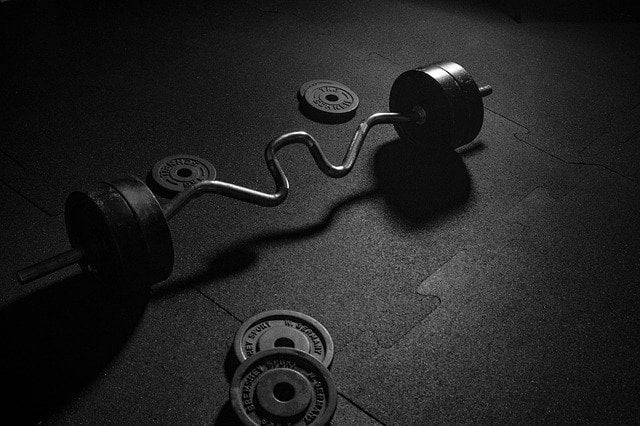 However, not all of the ingredients in Primal Surge have clinically effective doses. For example, much higher doses of arginine/AAKG and citrulline are needed to provide optimal results than what is included in Primal Surge. This isn’t to say that some of the lower-dosed ingredients will not have any effect, but it still does decrease the overall effectiveness.

The makers of Primal Surge claim that it will give you heightened energy and endurance, increased strength and power, laser focus, massive pumps, and more muscle. In reality, all of these things should happen, at least to some extent.

Enhanced energy will likely happen due to the caffeine, theobromine, and possibly niacin. And there are ingredients that help to delay fatigue and increase muscular endurance, such as beta-alanine, arginine, and carnitine. Furthermore, you likely can expect an increase in strength and power due to ingredients that help ramp up the CNS and provide energy to muscle fibers (esp. type 2), such as citrulline and caffeine.

What about laser focus? Well, there are a few ingredients in Primal Surge that positively affect focus and increase other aspects of cognitive function, such as mood and alertness. These include theobromine, caffeine, taurine, and Mucuna pruriens.

Citrulline and AAKG will also most likely enhance blood flow and give you a better pump, but it might not be “sleeve-busting,” as they claim.

Who is Primal Surge Best For?

Primal Surge is ideal for strength and power athletes, heavy weightlifters, and other people involved in intense, anaerobic activities. There are benefits for endurance athletes too, but the specific combination of ingredients in Primal Surge makes it more effective for weightlifters and the like. 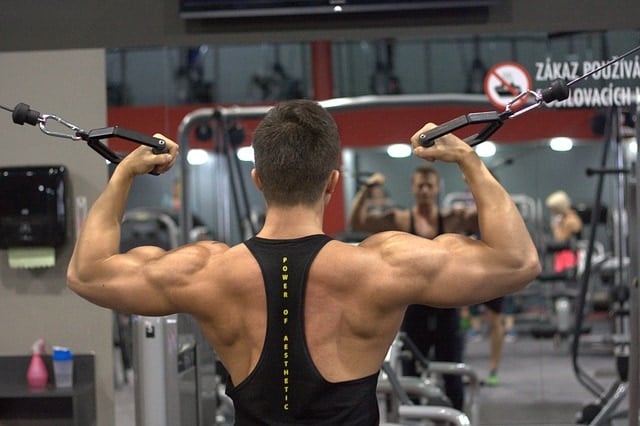 Most pre-workouts have relatively similar side effects. Here are the ones that may occur when using Primal Surge:

Where to Buy Primal Surge

Are you interested in seeing how good of a pre-workout Primal Surge is? If so, you can buy it on the Primal Muscle official website. 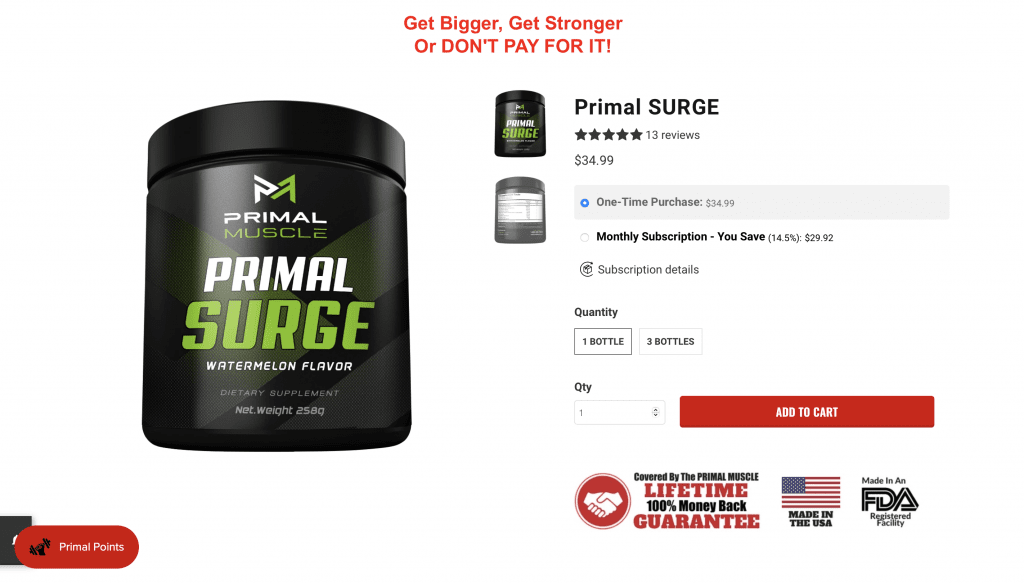 Primal Surge includes 30 servings per container for a price of $34.99/each. You can also choose to use their subscribe and save option in order to lower the price to $29.92. Additionally, you can buy three containers at once for a price per container of $29.99. So, the monthly subscription of Primal Surge is the best option, but whatever option you choose hovers around a dollar per serving.

Elevate Smart Coffee Review – Is It Worth The Money?

Love Wellness Mood Pills Review – How Does This Supplement Compare?

Verso Clean Being Review – Is This Supplement Effective?