Nutrex Lipo 6 Black Hers Review – Is It The Right Choice For Weight Loss? 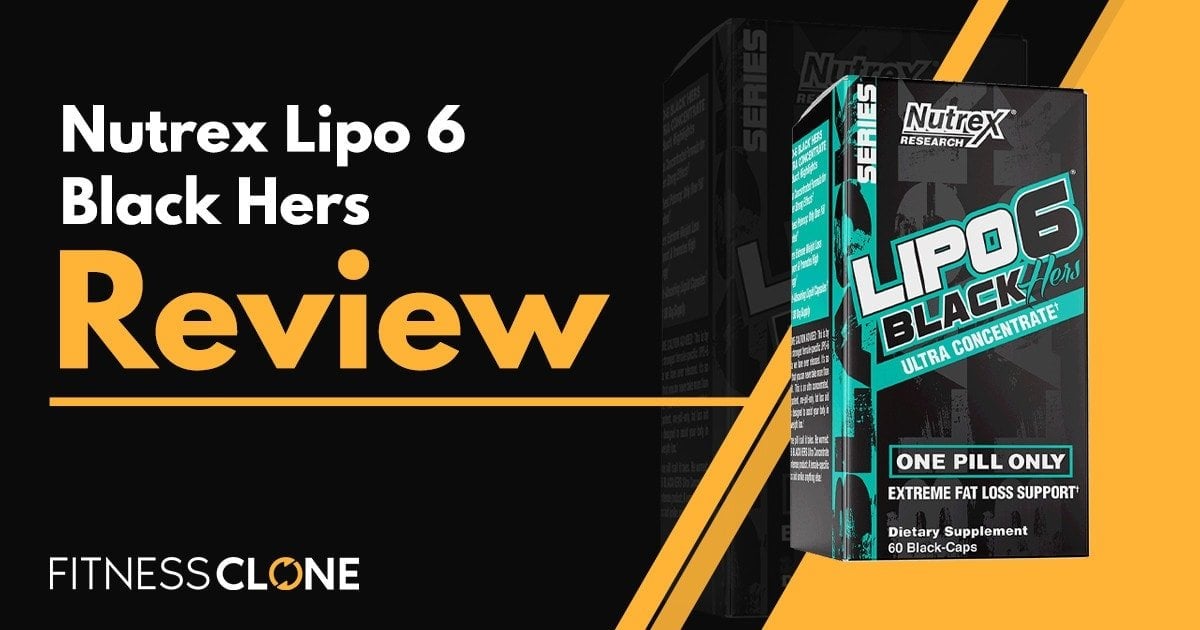 For many women, getting that “toned” physique is often a top priority. Yet, it’s a myth that exercise can “tone the muscles.” The only way to get a toned physique is to simply shred off excess body fat and thus reveal the muscles better.

To lose fat, there are many things you can do, the obvious being dietary changes, exercise protocols, and the like. However, fat loss supplements are also often used in the hopes that they will accelerate fat loss efforts. 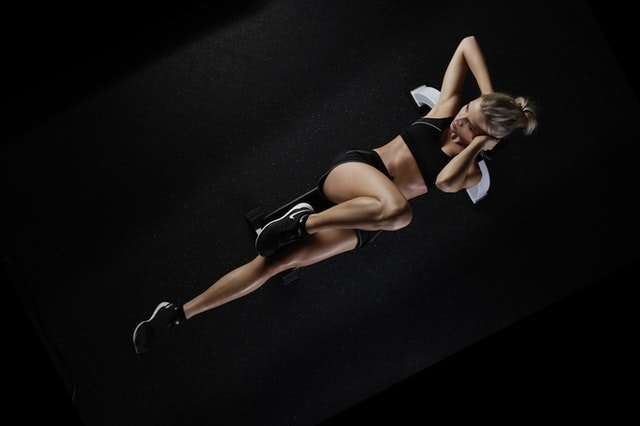 Does Nutrex Lipo 6 Black Hers live up to the hype? Let’s find out!

About Nutrex Lipo 6 Black Hers 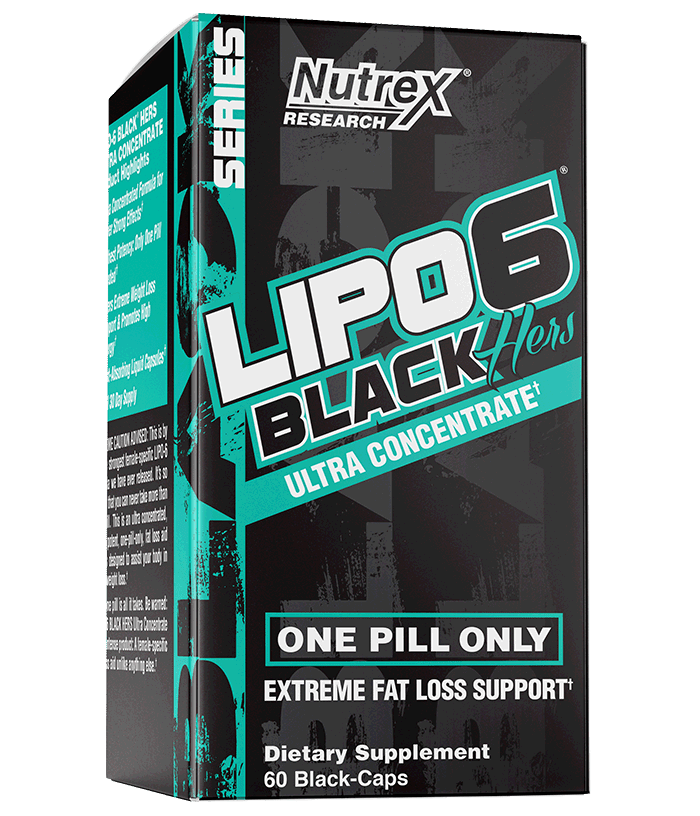 Within Lipo 6 Black Hers, Nutrex has put a blend of ingredients that are supposed to create a very strong thermogenic effect. This simply means the creation of heat, which burns calories and possibly fat.

Also, some of the ingredients in this product are formulated to help you control your appetite and reduce cravings. In turn, this control should lead to an overall caloric reduction, which aids fat loss.

Finally, they claim that certain ingredients in Lipo 6 Black Hers will increase your energy levels and alertness. As a result, you may be able to exercise harder and longer to burn more calories and fat.

So, nothing out of the ordinary in terms of proposed benefits. But can Lipo 6 Black Hers UC live up to these claims? Let’s take a look!

Lipo 6 Black Hers contains a relatively short list of ingredients. Its formula includes two B-complex vitamins along with a weight loss complex that consists of 5 ingredients. 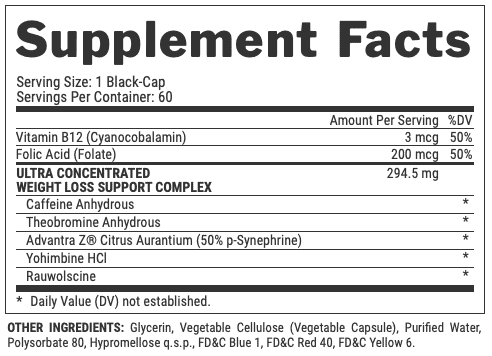 Below are the specific ingredients included in Nutrex Lipo 6 Black Hers:

Vitamin B12 is a B-complex vitamin, and it has a number of roles, especially in nervous system health. It also has a role in energy metabolism, helping to create energy from the foods you consume. If you don’t have enough B12, you have a higher likelihood of insulin resistance, high blood pressure, fat accumulation, and other cardiometabolic issues. Also, people who exercise need more B12. Thus, it is necessary to get enough B12, and supplementation could potentially be a way to help that, though no research has specifically proven B12 will lose fat.

Next up is folic acid, or vitamin B9. Folic acid has similar roles to vitamin B12, especially related to energy metabolism. It also is used up during exercise, so exercisers probably need to consume more folic acid than others. However, no research specifically shows that folic acid supplementation benefits fat loss.

The last ingredient is the Ultra Concentrated Weight Loss Support complex, which contains five individual ingredients. Thus, I’ll go over the individual ones in here by themselves.

So, first up is caffeine anhydrous. Caffeine is a central nervous system (CNS) stimulant, so it increases heart rate, alertness, and improves blood flow to the skeletal muscles. As a whole, it is effective for increasing exercise capacity and performance, so it could help someone to burn more calories.

Also, it increases metabolic rate and thermogenesis, including fat oxidation, which is likely some of the reasons why supplementation is associated with decreased weight, BMI, and body fat. Caffeine also acts as a cognitive enhancer and can promote alertness. Overall, good ole caffeine has some nice benefits for exercise and fat loss. The beneficial dose is around 3 to 6mg/kg of body weight.

Another ingredient in this complex is theobromine anhydrous. Theobromine is also a stimulant, though it has milder effects than caffeine. It plays a role in many cognitive and overall mental functions. Additionally, theobromine also may increase brown fat activation and the conversion of white fat to brown fat.

Now, white fat is the “bad” fat, whereas brown fat is the “good” fat, since the latter is used to create body heat in the process of thermogenesis., whereas the former simply stores energy. So basically, theobromine may help to activate thermogenesis and improve overall fat metabolism, which could be beneficial for obesity and overweightness.

The third ingredient in this complex is Advantra Z Citrus Aurantium. Advantra Z is a specifically trademarked product containing bitter orange (Citrus aurantium) extract. Bitter orange extract is beneficial primarily due to a compound in it called p-synephrine, which is known to increase resting metabolic rate and lipolysis (breakdown of fats). It also decreases appetite. Overall, the research shows modest weight loss and improved thermogenesis with Advantra Z and other bitter orange extracts.

This complex also contains yohimbine HCl. Yohimbine comes from the bark of an African tree. It has many researched effects. For example, it improves fatty acid oxidation, releases adrenaline, and influences thermogenesis in fat cells, all of which could help you to lose fat. However, it can’t be stated definitively that yohimbine works, but it most likely will help.

The last ingredient in the complex is rauwolscine (sounds kind of like a name for a mythical beast). Anyway, rauwolscine is actually a very similar molecule in structure to yohimbine, and its effects are similar too, perhaps even better.

Like yohimbine, it allows for the release of more adrenaline in the bloodstream, which helps to increase thermogenesis. Furthermore, both rauwolscine and yohimbine may create synergistic effects when paired with caffeine. Yet, more research on rauwolscine use in humans is needed to confirm its benefits.

Does Nutrex Lipo 6 Black Hers Work?

After analyzing all of the ingredients in Lipo 6 Black Hers UC, it is possible that it will benefit women looking to lose fat. Most of the ingredients are backed up by research, though some ideally need more research before definitive conclusions can be stated (e.g., yohimbine, rauwolscine). Even for ingredients with little research, the rationale is solid for using them as fat loss agents. 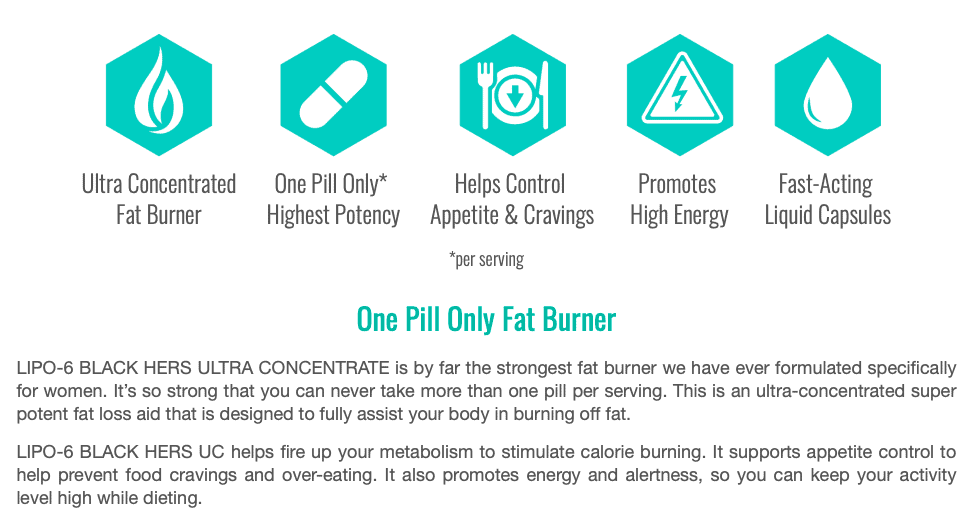 However, there are some concerns to note. A main downfall is that the most effective ingredients are included in the Ultra Concentrated Weight Loss Support Complex…why is this a bad thing? Because it only lists the amount of the total complex, so it’s impossible to tell how much of each ingredient is in that complex. Therefore, you can never know if the dose for those ingredients is at the effective dose. Sure, I’d like to believe that the research-backed doses are included, but it can’t be stated that way. Plus, there are many weight loss supplements out there with more transparent formulas, such as Boombod and Make Her Lean MAX, that will allow you to know exactly what you’re getting and in what dosages.

The main claims of Lipo 6 Black Hers are that it will increase thermogenesis and metabolism, reduce appetite and cravings, and increase energy and alertness, all involved in the ultimate claim of fat loss. Based on the ingredients, Nutrex Lipo 6 Black Hers maybe can live up to its claims.

All of the ingredients in the complex are known to increase thermogenesis, metabolism, and overall fat loss, but again, the main issue is that we don’t know how much of the ingredients we’re getting. Also, it contains ingredients known to decrease appetite, such as Advantra Z, and to boost energy and alertness, including caffeine and theobromine. But the same issue is the inability to know how much you’re getting. Lastly, vitamins B12 and B6, while they may help, are unlikely to do anything spectacular.

Who is Nutrex Lipo 6 Black Hers Best for?

Nutrex research says that this product is exclusively for women.

Based on the ingredients, this doesn’t need to be the case, but perhaps the rationale is the specific amounts of the ingredients they used. So, to be on the safe side, I’ll say it’s better for women. The main point is that it is for people looking to lose fat, control their appetite, and have more energy for better workouts. So, if you’re in these categories, this product may be for you.

Nutrex Lipo 6 Black Hers has a few potential side effects. These include:

Where to Buy Nutrex Lipo 6 Hers

If you’re interested in trying out Lipo 6 Hers UC, you can buy it on the Nutrex Research website at this link.

Each bottle of Nutrex Lipo 6 Black Hers contains 60 capsules (60 servings) and costs $34.99. So, you’re going to pay around 50 cents per serving, which is a pretty good deal for most people.

CurcuminMD Plus Review – Should You Use This 1MD Supplement?

Brain MD Lithium Orotate Review – Can This Supplement Put You In A Better Mood?

Your Super Review – A Look At Their Super Green Mix

RETRO Gummies Review – Is This FLO Skin Vitamin Worth Using?

Ghost Size Review – Can This Supplement Help You Build Muscle?