Musician
Born: 1992
From Texas, Nicholas Jonas began acting on Broadway when he was 7. He released his first single with 2 of his brothers in 2002 when he was just 10. The Jonas Brothers got picked up by Co-lumbia Records for their first album released in 2006, then switched to Hollywood Records for their second in 2007, which was their breakthrough. The band became popular on the Disney Channel and through the movie Camp Rock. The brothers also had 2 self-titled tv series. While the band took a hiatus, Nick formed a new band called Nick Jonas & the Administration which released an album in 2010. The Jonas Brothers officially dis-banded in 2013, and Nick released another solo album in 2014. The Jonas Brothers reunited in 2019. Nick Jonas has also ap-peared in other films and tv shows including Jumanji: Welcome to the Jungle and Kingdom. He has been named on several Sexi-est Men lists, including by People magazine. Besides music and acting, Jonas has acted as a judge on The X Factor and The Voice, founded a record label, is executive producing a tv show, created a shoe collection, and collaborated on a brand of tequila. In 2018, Jonas married Indian actress Priyanka Chopra. He has millions of followers on social media. Jonas is 5 feet, 9 inches tall and weighs about 170 lbs.

For Kingdom, Jonas put on 12 lbs. of muscle. At the suggestion of a nutritionist, he had a blood test to check for food sensitivities and to optimize his diet. His results came back that his diet should be heavy on the plants and light on the meat. He now mostly avoids red meat and dairy products from cows, although he still eats things like bison and goat cheese. He even has certain vegetables he is meant to avoid. His ‘yes’ list of veggies include salads, broccoli, avocados and sweet potatoes, while the ‘no’ list includes tomatoes, eggplant and peppers. Also on his ‘avoid’ list is blueberries. But these are his particular sensitivities, and they’re fine for most people, so don’t eliminate them just because someone else does. Also part of Jonas’ health regimen is keeping an eye on his blood sugar. He has had type 1 diabetes since he was 13.

Jonas has to monitor his blood sugar contiuously, but he eats a fairly normal diet: 3 meals a day with 1 snack and 1 post-workout shake.

Jonas’ food sensitivity testing led his nutritionist to determine he should have more veggies and less red meat. He might have eggs and egg whites for breakfast along with some oatmeal. Lunch and dinner might be 4 oz. of chicken, turkey or salmon, salad, avocado or sweet potato, along with a couple of tortillas or slice of bread.

If getting an allergen test isn’t an option for you, you can do you own version by observing how your body reacts after eating. If you feel sleepy, irritable, bloated or crave sugar, that’s a sign you might need to eliminate the food for a time. Take a month off, then see if you can tolerate it.

Jonas admits that he has zero skills in the kitchen. His talent lies in knowing what to order off the menu.

When Jonas is in the mood for an indulgence, he digs a good ol’ cheeseburger. He even dressed as the Hamburgler one Halloween. When it comes to enjoying Indian food wit his wife, it’s paneer all the way.

‘Diabetes sounds like you’re going to die when you hear it. I was immediately frightened. But once I got a better idea of what it was and that it was something I could manage myself, I was comforted.’

‘I’ve had a few low blood sugars on stage. But we have an amazing team when we’re on the road who are always prepared.’

‘I made a resolution in 2010 to stop drinking Diet Coke and I haven’t had Diet Coke since then. I think it was the best life change I’ve ever made.’

Jonas’s Nutritionist on His Special Diet

Jonas’s Nutritionist on An Alternative to Allergy Testing

‘Pay close attention to the way you feel after meals.’

Jonas on Where to Get The Best Burger

‘The Greenwich Hotel actually has a really good burger. And The Bowery…The hotels do it well.’

Jonas on his Favorite Indian Cuisine

Not Necessarily a Fan

Jonas says hitting the gym isn’t his favorite thing to do, but he sucks it up because he likes the results.

To help him get in shape for Kingdom, Jonas worked with 2 trainers: Gregg Miele and Joe Stephenson.

Fire Up Those Guns

Jonas’ routine primarily consists of weightlifting, but he does it in circuits, which builds in cardio. If he must do straight cardio, he’ll hit the treadmill for a couple of miles.

To get in shape for Kingdom, Jonas worked out 3 times a day for a while. But he’s a busy guy. He now only works out every other day, but his intense routine is enough to keep him ripped.

Get to the Core

No matter if he is targeting arms or legs, Jonas’s routine always focuses on his core.

Jonas does groups of 3 exercises, back to back, that works specific areas of the body in a variety of ways to get the most out of the workout.

Jonas’ wife does hot yoga, and he has tried it, but he usually only makes it to class once a week.

Jonas on his Intense Workouts

‘It’s not fun in the moment but it does the trick.’

‘The thing about the fighting that is so different is you have to become this person. The minute I…get into that mindset when I’m in a cage…I become kind of an animal.’

Jonas on Getting Kicked

‘Liver kicks are pretty intense. Basically, it just releases all the toxins in your body and you kind of collapse right as it happens.’

‘The jiu-jitsu stuff came really naturally for me.’

Jonas on Taking Some Hits

‘That was intense, but it was good for us to feel that and to get an experience.’

Jonas isn’t sharing much about his supplement choices, besides his post-workout protein shake. So, below are other supplements that can benefit anyone with a similar lifestyle.

Most days, Jonas has a post-workout protein shake made of vegan protein. Protein helps fill you up, reduces cravings, and builds muscle.

While type 1 diabetes accounts for 5-10% of the diabetes cases in the US and must be managed with insulin, type 2 diabetes can often be managed through diet and lifestyle changes. Some supplements that help regulate blood sugar include cinnammon, American ginseng, probiotics, aloe vera, magnesium and vitamin D

Croon You to Sleep

Having trouble falling asleep? Jonas has recorded a 37-minute sleep story on Audible to help.

Jonas’ parents are just as musical as the boys. His mother is a singer and his father is a songwriter and musician.

Jonas’ career got started when he was spotted singing in a salon where his mother was getting her hair done.

As early as age 7, Jonas was performing in Broadway theatrical productions, playing Tiny Tim, Little Jake, Chip Potts and Gavroche. He was always serious about his career and even chose to forgo a family vacation so he could perform.

Jonas became acquainted with his wife Priyanka Chopra in 2016 by sending her DMs on Twitter. She then gave him her number so he could text, but they didn’t meet face to face until 2017. They only talked for 5 minutes, but the texts flew hard and fast and they married after knowing each other just a few short months.

Jonas cofounded Beyond Type 1 which supports people living with type 1 diabetes. He has donated time to the charity Do Something, and contributed to the charity single ‘Send It On’ for Disney’s Friends for Change. He is also a member of the National Youth Leadership Committee.

Jonas plays acoustic and electric guitar, piano and drums. His non-musical hobbies include tennis, golf and baseball, and he also collects baseball cards.

Jonas on his family

‘I feel really fortunate to come from a home that was always supportive and stemming from creativity, integrity and building character.’

‘People who are feeling bullied…should talk to their parents…about finding a place with like-minded people where they can feel accepted. That’s what I needed, and that’s what I found with musical theater.’

‘You’re real. Where have you been all my life?’

Jonas on his Biggest Fear

‘It sounds funny, but my biggest fear is that I’m not perfect. I’m a perfectionist and I get upset when things go wrong or when I don’t do well.’

Jonas on How He Creates Music

‘It’s always the melody first…I find that my melodic sense is my strongest asset as a songwriter.’ 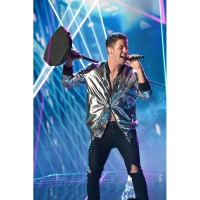 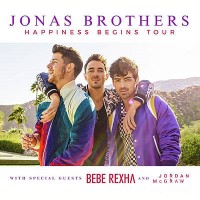 Happiness Begins
GET IT HERE 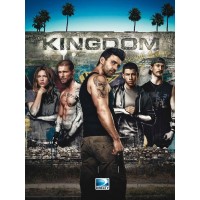 Kingdom
GET IT HERE 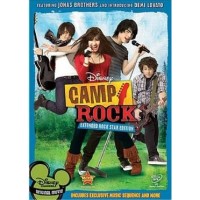 Camp Rock
GET IT HERE 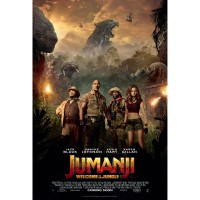 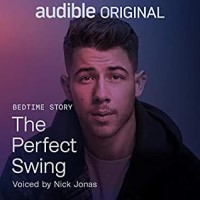 The Perfect Swing
GET IT HERE 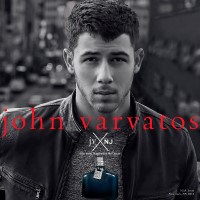