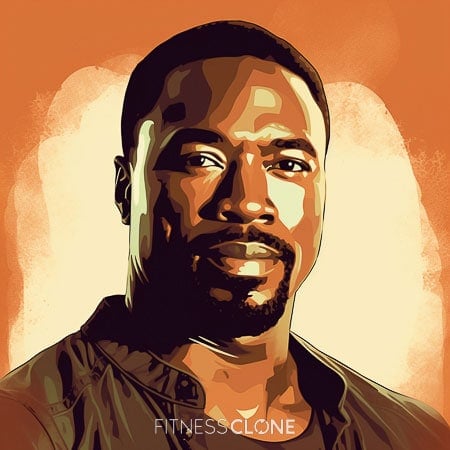 Michael Jai White was born in Brooklyn, New York. He spent his teen years in Bridgeport, Connecticut and attended Southern Connecticut State University in New Haven. He started studying martial arts at age 7, has trained in 8 different styles and hold 26 martial arts titles, including the US Open, the North American Open and New England Grand Champion. White found small roles in tv and film in the early ’90s such as on Saved by the Bell and Teenage Mutant Ninja Turtles II. His breakout came in 1995 playing the lead in Tyson. White then played Spawn, becoming the first African-American to play a superhero in a major motion picture. He has gone on to play in many films, including Blood and Bone and Creed II, and he starred in and directed Never Back Down 2: The Beatdown. White is also the voice of Green Lantern in the video game Justice League Heroes. White has a production company called Jaigantic Studios. He is married to actress Gillian Iliana Waters and has 3 children from previous relationships. He has millions of followers on social media. White is 6 feet 2 inches tall and weighs 225 lbs.

White doesn’t mess around with his diet. He prefers organic and locally grown foods, and always has plenty of vegetables and fruit. He also eats lean animal protein like chicken and fish, along with some red meat. White will usually has 5-6 meals per day, and he often eats at home. He gets a lot of nutrients through his food, but he also supplements with things like BCAAs, protein and creatine. He goes easy on the alcohol and doesn’t have much of a sweet tooth, although he sometimes succumbs to a snack attack.

White avoids processed food and eats fresh, local, organic produce whenever he can get it.

Fill Up With Greens

White eats a lot every day. Whether he’s at home or at a restaurant, he fills up with salads, veggies, and lean protein.

Pump Up With Sups

When White needs to put on muscle quickly, his go-to is creatine. He also takes branched-chain amino acids (BCAAs) and a couple of protein shakes every day.

White’s kryptonite is Keebler Townhouse crackers. He has been known to eat them by the sleeve.

‘I’m pretty consistent. I get a lot of vitamins through my diet.’

‘If I had to gain weight quickly, I’d use creatine. It makes me hold a lot more water in my muscle tissue.’

‘I don’t cook. I think they named the “Mike”-rowave after me.’

It’s All About Balance

White says he likes to balance strength with esthetics. He is happy with his size, and doesn’t aim to get any bigger.

Seven Is a Magic Number

White does a workout plan called Focus T25 that incorporates several martial arts-type exercises and works on the principal of muscle confusion.

White struggled to make gains when he was first starting out. He says that if you work the whole body equally, your imbalances will remain. Focus first on areas where nature fell short to even yourself out.

Focus on the Back

White says for a balanced, strong body, you must concentrate on developing the muscles on the back of the body. Wide-arm pull-ups are his go-to.

White prefers to go full-on with speed and power and a moderate amount of reps.

Supersets for the Win

White recommends alternating wide-arm pull-ups with bench presses for a well-balanced physique. He benches 115 lbs., about half his weight.

Work With a Partner

White and his wife work out together, inspire each other to stay fit, and consider exercise a pillar of their relationship.

White on his Physique

‘Since I don’t want to be any bigger, I use weights purely for toning.’

‘You develop a lot of core strength from martial arts. I train to stay functional, so I would never do heavy curls because adding size to my biceps is kind of useless.’

White on How to Get Big Guns

‘Everyone wants big arms and a big chest, but 80% of the guys I see in the gym are doing it completely wrong. They don’t realize the shape of your whole arm and chest is dependent on your triceps and back.’

White on his Favorite Exercise

‘Pull-ups are easily my favorite exercise because they are one of the best at strengthening your back, which keeps your esthetics balanced and makes you look good without a shirt. It also straightens out your spine.’

Most days, White takes branched-chain amino acids. BCAAs promote muscle growth and reduce post-exercise soreness and fatigue so you can work out longer.

When White is looking to bulk up, he takes creatine. The supplement improves performance and endurance, builds mass, and speeds recovery.

White started his martial arts career by watching from the bleachers until the master allowed him to train for free. By the time he was 13, he was taking out men twice his age and size.

As a kid, White would go into abandoned buildings and punch holes in the wall as entertainment.

White worked as a junior high school special ed teacher for three years before his acting career took off.

Just Say No to Cane Day

White is in his 50s, but you’d never know it. He says he takes care of himself because this body and this life are your only true possessions. He calls aging ‘Cane Day’ for the day when he will need a cane, which he hopes is a long ways off.

‘That feeling of accomplishment can become addictive.’

‘The more I work out, the longer I delay Cane Day.’

White on his Role Models

‘I remember as a young man seeing these bigger-than-life strong images of black manhood in the form of Jim Brown and Fred Williamson, Jim Kelly, Billy Dee Williams. All these guys were alpha males who were smart, attractive. I said, “Wow, I want to be like that.”’

‘Just by nature, I think in comedy…I’m usually in some goofy headspace. It feels natural to me.’

White on His Acting Roles

‘The majority of roles that I’ve played have had very little to do with being black. It doesn’t matter what color you are.’

Pull up bar
GET IT HERE 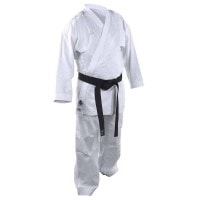 Martial arts gi
GET IT HERE 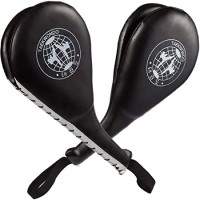 Kick pads
GET IT HERE 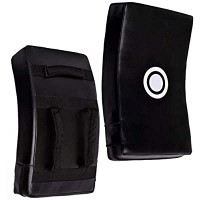 Blocking pad
GET IT HERE 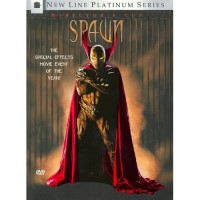 Spawn
GET IT HERE 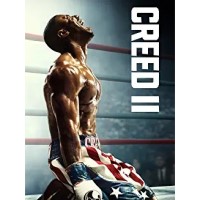 Creed II
GET IT HERE 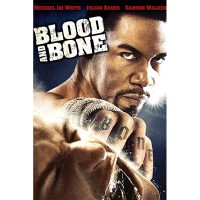 Blood and Bone
GET IT HERE