Neuro 24 Review – A Look At This Pure Hustle Brain Formula 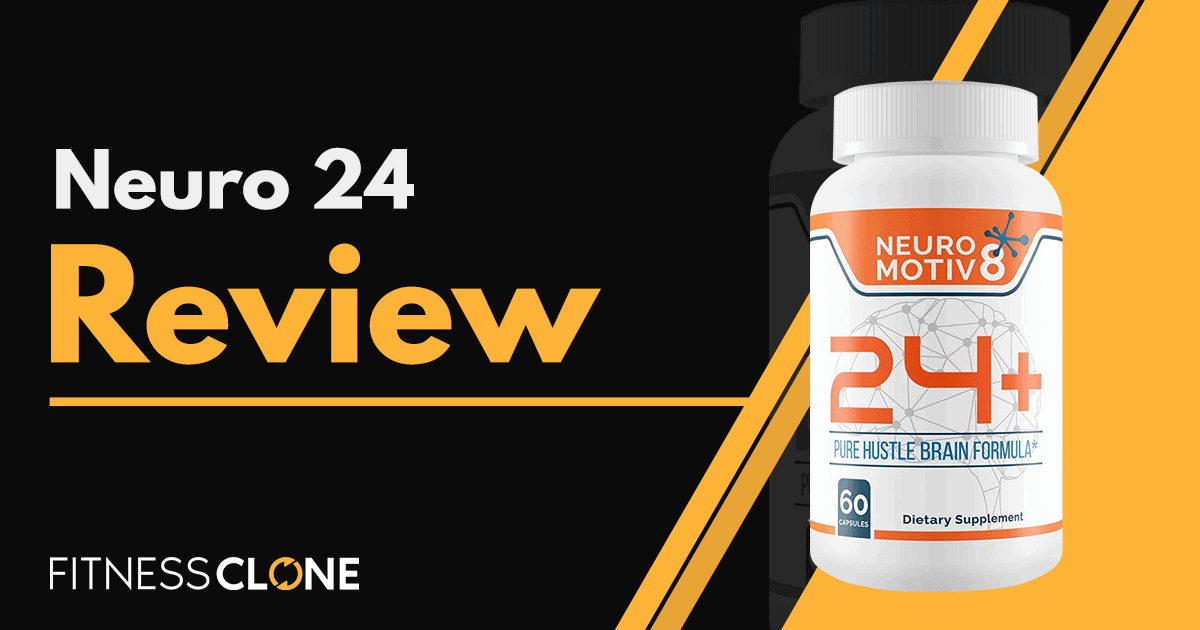 We take our brain health a bit seriously these days. Especially when we are trying to focus and remember things on a regular basis. And then, the mental fog settles in. You can try and get rid of it with a caffeinated beverage. But you hit a “wall” head-on, and you crash midway through the day. Finding the right kind of supplement to help improve your brain’s overall functions can be tough. There are so many nootropics already out there, such as Nootroo Gold and Silver and RediMind. But, there is another nootropic supplement out there that has a clinically proven formula to help improve memory, give you the concentration you need, and the energy to keep you going throughout most of the day. This nootropic is called Neuro 24.

Neuro 24, the 24+ Brain Hustle Formula, by Neuro Motiv8 might be what you need. It’s made from natural ingredients that will not cause any major side effects. Plus, it contains no added stimulants. Just two capsules a day will give you the brain boost you need to plow on through the day. Who says you need caffeine to do anything these days? Let’s take a closer look at Neuro 24 in this review.

Neuro 24, the 24+ Brain Hustle Formula, is a nootropic that is made from natural ingredients. Each ingredient is designed to help improve certain functions of your brain, like memory and clarity. It is also designed to give you the energy boost that you need to be more productive and attentive without having to rely on caffeine. This will also help shorten your brain’s recovery time so you’ll be back on track and ready to take on the day after taking your daily dose of two capsules.

Neuro 24+ Brain Hustle Formula is created by Neuro Motiv8. The company, as far as we know, is a brand that is exclusively on Amazon. At this time, it is not known where the company is based out of, but they claim to have developed and manufactured their supplements in the United States. They have no other supplements under their brand name at this time. They have received some positive reviews as of late and are looking to break into the market by supplying brain enhancement supplements that are designed to improve the overall brain health of their users. They place a high value on such things as memory, concentration, and productivity.

Neuro 24 is a supplement that you take twice daily. Though there isn’t a specific time of day where you have to take it, taking it in the morning will be ideal. You’ll feel the effects of 24+ Brain Hustle Formula throughout the day. These contain ingredients that will be beneficial to your overall brain health. For example, it contains ginkgo biloba. It has been widely known that ginkgo biloba has been linked to several different brain benefits such as sharpness and improved memory, especially in older adults. While the jury is out on whether it can prevent or slow down the progression of neurogenerative diseases like Alzheimer’s, ginkgo biloba is widely praised as a daily supplement for those looking to improve and maintain their brain health.

Another key ingredient included is St. John’s Wart. This has been linked to mood improvement as well as reducing levels of anxiety. If you are suffering from low levels of anxiety and depression, St. John’s Wort alone might be a good supplement to add to your regimen as a standalone. However, 24+ brain hustle might contain enough of it to keep your mood boosted and allow you to get through the day with little to no stress.

Green tea extract is by far one of the best ingredients in any nootropic on the market. It’s the closest it can get to a caffeine derivative, and thus it will allow you to obtain that level of energy you need to be mentally clear and productive. Plus, you won’t have to deal with the midday crash like you would if you were to take in a good amount of caffeine.

If you are pregnant or nursing, you might want to hold off on taking Neuro 24 until you consult with a doctor. Though it does contain ingredients that boost your mood, this supplement should not be a substitute for any anti-depressants.

As for the side effects, some of the ingredients may trigger the following: nausea, nervousness, insomnia, upset stomach, and headaches, to name a few.

Where To Buy Neuro 24 And Cost

You can purchase Neuro 24, the 24+ Brain Hustle Formula, exclusively on Amazon. The price for a bottle of 60 capsules is $29.97. As far as we know, you can only purchase a bottle on Amazon and nowhere else online.

If you are looking to boost your overall brain health, then Neuro 24 is certainly worth the purchase. The 24+ Brain Hustle Formula contains the ingredients you need to ensure that your focus, memory, and concentration are on point. You won’t need any added stimulants that will cause crashes before the day is done. You’ll feel the effects almost instantly and be able to feel like you can do anything throughout the day. If you need a nootropic that will do more good than harm, then you might want to give Neuro 24 a try.

Overall Rating: 4 out of 5
Categorized in: Nootropic Reviews, Reviews