LiverPure XTS Review – Can It Provide The Cleansing Benefits You Want? 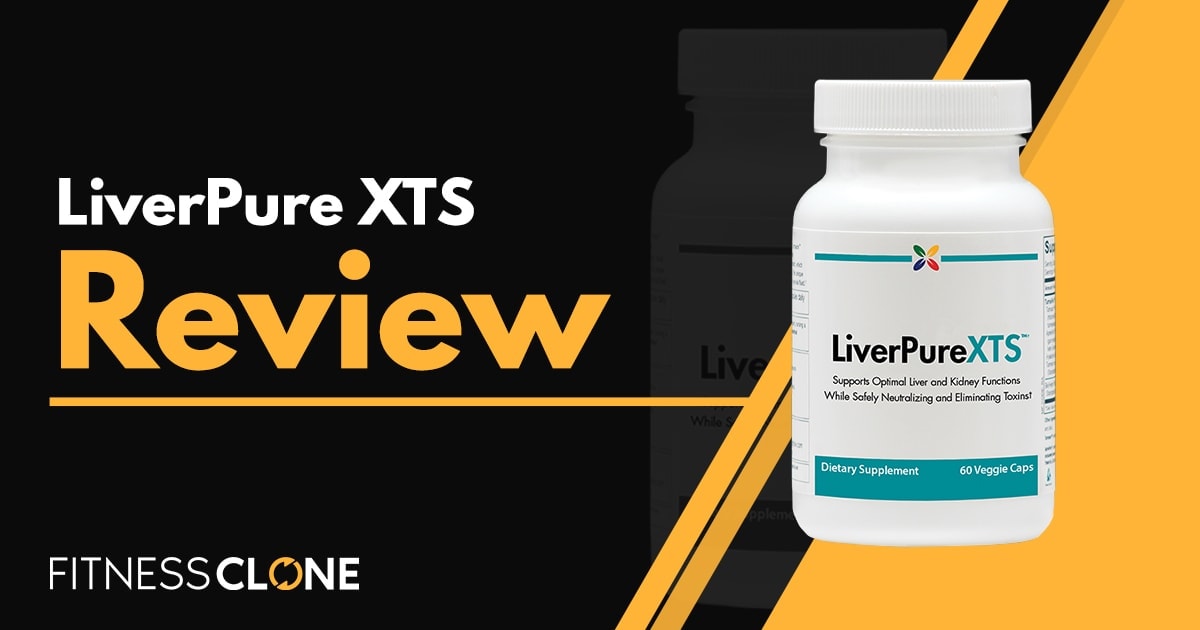 Stop Aging Now claims to be more than just a supplement company, but rather “…a nutrition and lifestyle company that relies on the latest clinical research to guide us in our efforts to help you live longer and better.”

While they advocate for their customers getting as much nutrition as possible from good, healthy foods, they also realize that even the most careful of diets may miss out on some key nutrients. That’s why they feel that the use of high-quality supplements is a requirement when seeking longevity and optimum health.

This includes using LiverPure XTS to detox your liver, relieve your body of the ravages of free radicals, and help you live your longest and healthiest life possible.

The question is, does this supplement really provide all the benefits it claims to? Let’s take a closer look and see if it’s worth the purchase in this review of LiverPure XTS.

LiverPure XTS is a supplement from Stop Aging Now, the same makers as well-known options such as Collagen360 and Saffron MD. The LiverPure XTS Detox Formula combines amino acids, plant compounds, and Alpha Lipoic Acid (CLA) for a comprehensive approach to your liver’s health. This is important since, as you probably know, your liver is responsible for removing waste from your system, though this unfortunately also leads to the buildup of waste in your liver. This may happen slowly over time, and despite there being symptoms of an overtaxed liver, they set in slowly enough that they’re only noticeable in their absence.

But conditions such as hormone imbalance, excessive fatigue, poor sleep, and allergies may all be attributed to an overloaded liver and the resulting inflammation. Since your liver removes compounds that create oxidative stress, it’s important that your liver receives plenty of strong antioxidant support.

And, you get that and more in Stop Aging Now’s formula, which, being proven safe, all-natural, and effective, makes it a very good option when it comes to maintaining your liver’s health.

When it comes to your internal health, you need products that have science–NOT speculation–backing them. This includes the dosage, which Stop Aging Naturally claims to be in just the right amounts determined by research to remove contaminants and oxidative stress from your liver in an optimum manner. We are curious, though, if this means for everyone, no matter their age, environment, weight, or other health concerns?

But the important thing is that whether or not the dosage is spot-on for everyone, these compounds are proven beneficial for the purpose. Plus, with Stop Aging Now guaranteeing your results, what have you got to lose other than liver toxins, oxidative stress, and all the inflammation oxidative stress results in?

Not only are cantaloupes flavorful summertime treats, but a certain type of cantaloupe is also the source of Extramel, which contains a compound called superoxide dismutase, or SOD.

And, the super thing about this superoxide stuff is that along with being a POTENT antioxidant, it’s also a source of the melon’s other good stuff—namely, vitamins, minerals, and fiber.

But again, you can’t get this stuff from just any old cantaloupe; it has to be the right kind, which Stop Aging Now apparently has exclusive access to.

They grow on your lawn and make springtime look like it’s spring again—and they’re also good for you. They contain something called sesquiterpenes that nutritionists say are good for your liver, kidneys, and spleen.

Plus, they’ve been used medicinally for this purpose since the 10th century, so along with science, there is the test of time behind dandelion’s efficacy.

Within LiverPure XTS’ formula, you will find N-Acetyl-L-Cysteine, milk thistle extract, dandelion extract, Alpha Lipoic Acid, and melon pulp concentrate. We will take a more thorough look at these ingredients below.

This “semi-essential” (your body makes it, just not always enough of it) amino acid is the supplemental form of cysteine, which requires the amino acids methionine and serine to produce. Cysteine is also found in many high-protein foods, though what’s important here is that it helps your body replenish glutathione—AKA the most potent antioxidant in you.

In other words, it’s powerful stuff when it comes to your liver’s health, and at 600 mg, LiverPure XTS provides a solid amount. You can find a variety of other liver supplements that may include a bit more, though, if you’re looking to increase the amount of this powerful amino acid. For instance, LiverWell and LiverMD both include 800 mg of N-Acetyl-L-Cysteine within their formulas.

Milk thistle is the stuff you often see growing alongside roads and in fields and has you cursing its thorns when you attempt to remove them from your yard. The flowers, on the other hand, are a beautiful purple color offset by the plant’s milky-white seeds once the flowers mature.

While traditional lore has it that the purple-against-white color scheme was caused by a drop of the Virgin Mary’s milk on the plant’s leaves, the fact that it contains compounds called silymarins makes it beneficial to your liver’s health. It helps protect the liver against certain toxins and is even used in traditional medicine as a complementary treatment for liver disease, such as from long-term overconsumption of alcohol.

Another common “weed” that’s good for you and your liver is dandelions. Not only do they yellow-up fields and make for some lovely springtime landscapes, but these tenacious little lawn taker-over-ers also contain sesquiterpenes that act as potent antioxidants.

And, so far as your liver’s health and what dandelion extract can do for it, it’s been proven in animal studies to offer significant protection against damage from acetaminophen toxicity, and it may also help reduce fats stored in the liver.

Granted, this still needs to be proven in human trials, though we’re guessing that having been used medicinally in the Middle East since the 10th century, there is some truth behind its efficacy.

ALA is an organic compound that your body produces and is also found in foods you eat. It acts as a potent antioxidant and is uniquely soluble in both water and fat, which makes it highly bioavailable.

Along with helping reduce levels of C-reactive protein your liver produces in response to inflammation, ALA is also beneficial in the production of other strong antioxidants, including glutathione, coenzyme 10, and vitamin E. This, of course, increases its benefits not only in your liver but in your entire body and even your skin.

Speaking of things that grow in the yard—albeit, this one in the garden rather than lawn—cantaloupe has some pretty amazing properties. It has to be the right kind, though, and Stop Aging Now (guys, about that company name…it could use some work…just sayin’) claims the non-GMO ones they get from the south of France have the highest concentration of SOD—an enzyme that fights free radicals like no other (go back to Berkeley, ya hippies!).

Okay, so not THAT kind of free radical, but rather, the ones coming from oxidative stress that cause damage to you and your liver.

In fact, according to Stop Aging Now, SOD is an antioxidant so potent it can even neutralize superoxide free radicals, which are a particularly dangerous kind. This helps reduce the fatigue, irritability, and other symptoms of stress often associated with free-radical buildup in the liver and body.

Even if you abstain from alcohol, Tylenol, and other substances that can damage the liver, it’s likely you’re still subject to free radical, heavy metal, and toxicity buildup in your liver just from breathing the air.

And of course, if you do overindulge in social lubricant at times, rely too heavily on acetaminophen, or otherwise tax your liver’s health, you need to start with a lifestyle change that includes a product such as this one.

Either way, you owe it to yourself to protect the one-and-only liver you have, which can not only help you feel better, keep weight off, and have more energy, but dealing with dialysis or a liver transplant (IF one’s available for you) is no way to live.

So yes, this product works, and its use is encouraged by all.

Who Is LiverPure XTS Best For?

Whether or not you live in an urban environment, you’re still subject to toxic buildup and free radical damage from our modern air, water, and environments. You may also enjoy a few too many libations at times, use tobacco, drugs (including over the counter, prescription, or illegal), or other substances that can damage your liver, in which case using this product is a great place to start in managing your liver’s health.

So, if you’re human, live in the modern world, and aren’t allergic or sensitive to any of LiverPure XTS’ ingredients, this product is for you. Please do check with your doctor first, though, if you’re pregnant, breastfeeding, or on any prescription medications.

The reality is that your liver is the only one you’ve got, and it’s got a massive job to do—especially in our modern, polluted world—which this product can help counter. It’s loaded with the most potent antioxidant compounds available and can be used by nearly anyone not allergic or sensitive to its ingredients.

Remember too that compounds such as milk thistle are commonly used in mitigating liver damage, which tells you that it works, and so do LiverPure XTS’ other ingredients.

It also comes with a generous year-long guarantee so that if it doesn’t work for you, send it back and get a refund!

If you’re currently suffering from a liver that’s overburdened, toxic, and fighting a losing battle against free radicals, this product will produce side effects such as more energy, clearer thinking, and smoother, healthier skin.

Of course, not everyone’s the same, and rare side effects may occur, in which case, send it back for a refund since the product is guaranteed for a year after purchase.

Where to Buy LiverPure XTS

At $29.99 for about a month’s worth, LivePure XTS comes with a refreshingly reasonable price—and that’s before discounts. Sign up for regular deliveries, and you can not only get the product for as little as $22.99 along with free shipping.

In addition to Stop Aging Now’s own site, their products are widely available both online and through traditional retailers that carry natural health supplements. These include Amazon, Walmart, and Walgreens, and possibly some of the independent retailers in your area. 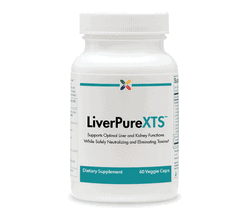 Protein2o Review – Do You Really Need These Water Products?

HVMN Yawn Review – Is This Sleep Supplement Worth The Cost?