LeanFire PM Review – Can It Help You Burn Fat Overnight? 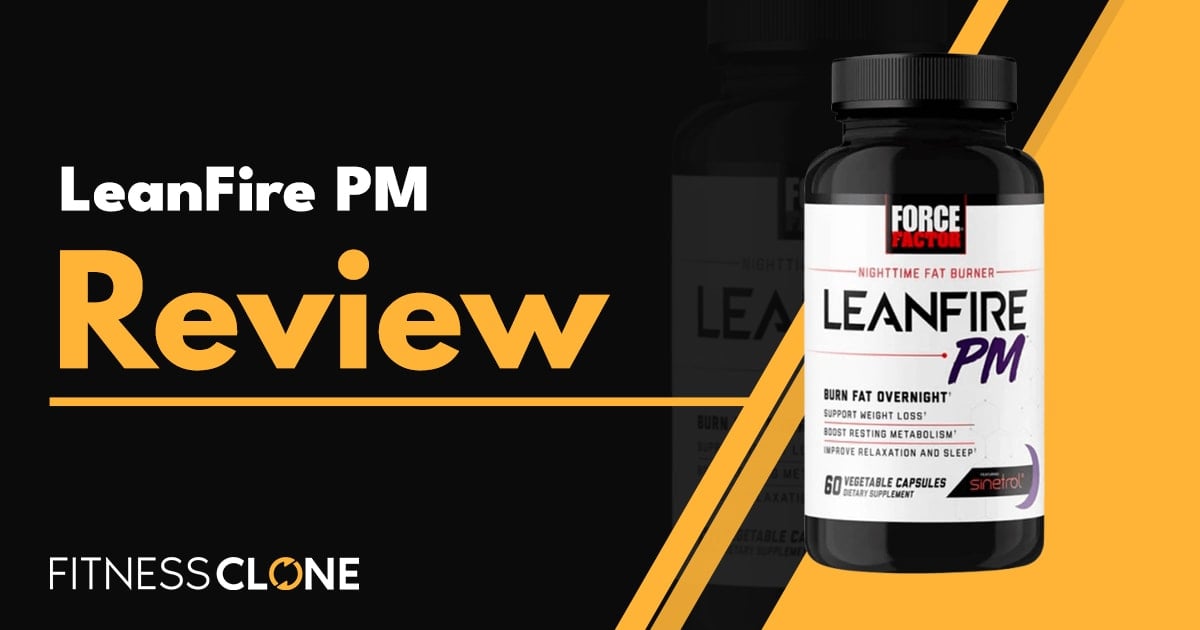 Fat burners typically are loaded with stimulants, and while this does a pretty good job at burning fat, it can often keep people awake at night if taken too close to bedtime.

And that’s not good since poor quality sleep makes it harder to lose weight. When you don’t get your rest, insulin and other aspects of metabolism get unbalanced; you crave fatty and sugary foods, and you simply don’t feel as well.

But that’s where nighttime fat-burners may come into play, such as the one we’ll look at in this review called LeanFire PM.

Keep on scrolling in this LeanFire PM review if you want to know more about it, including its ingredients, benefits, and whether or not it’s worth buying. 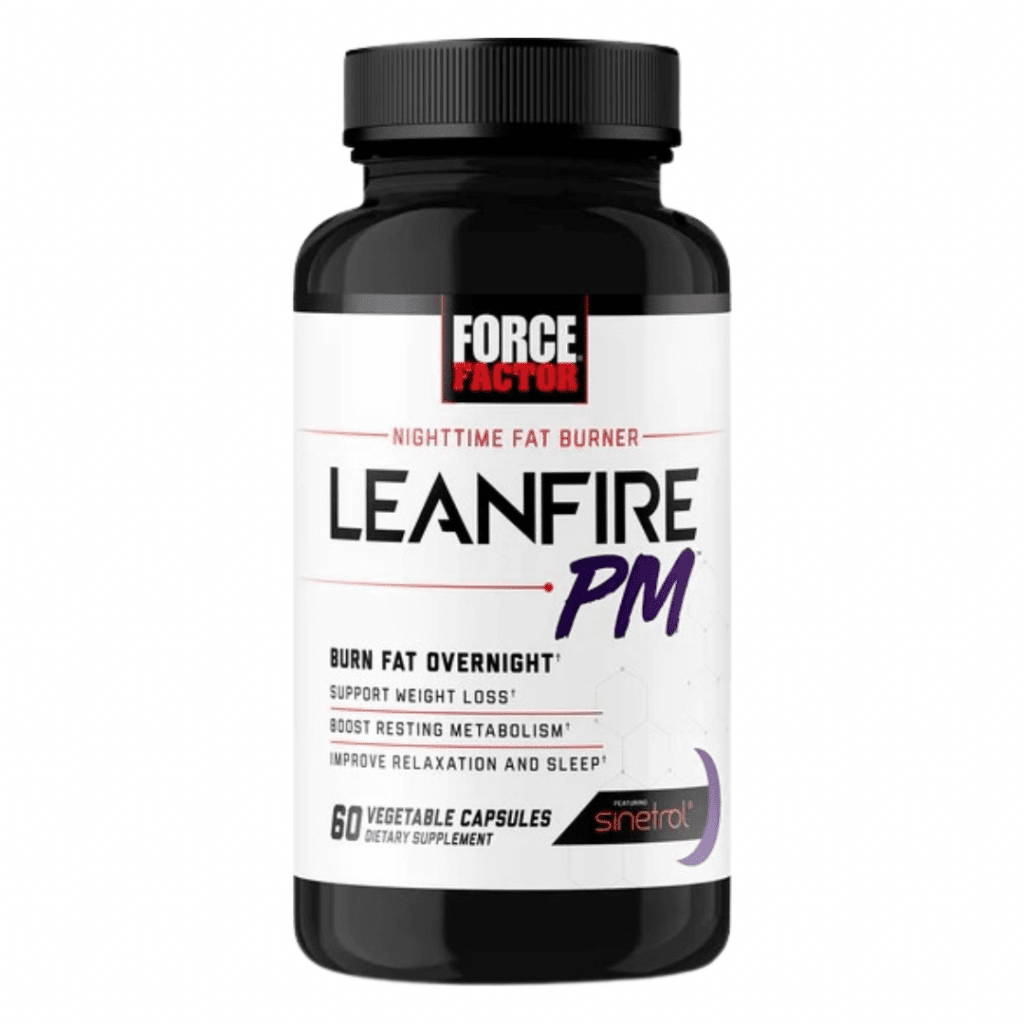 LeanFire PM is a nighttime fat burner created by Force Factor, a relatively new but promising brand with many other products, including another fat burner called LeanFire XT.

Unlike LeanFire XT, LeanFire PM is free from stimulants yet still contains ingredients that they say will help you burn fat overnight while improving your sleep.

It is featured by a trademarked ingredient called Sinetrol, a non-stimulant fat burner. But there are also many other ingredients in LeanFire PM, such as white kidney bean extract and sleep supporters, including valerian and melatonin.

Altogether, LeanFire PM is made to be a powerful nighttime fat burner with a formula that works with your sleep schedule to give you around-the-clock results.

The main advertised benefits of LeanFire PM are: 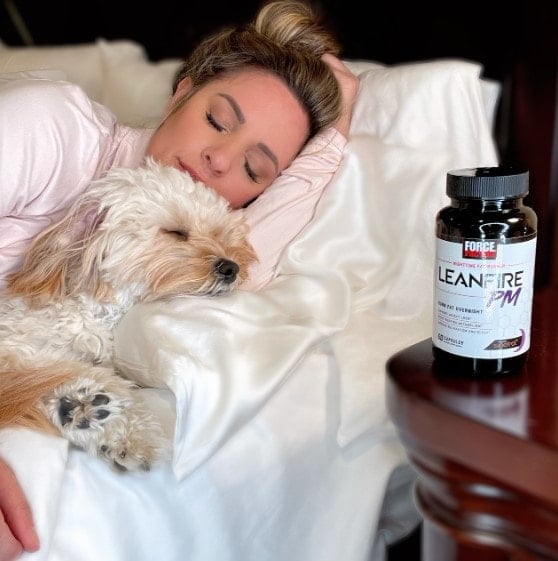 LeanFire PM is advertised to support weight and fat loss through its use of clinically studied, non-stimulant fat burners, including Sinetrol, white kidney bean extract, and green coffee extract.

Users are also supposed to get a boost in resting metabolism all through the night when using LeanFire PM, thanks again to Sinetrol and other ingredients.

LeanFire PM is further promoted to improve relaxation and sleep, so you can get a solid night’s rest while the ingredients do their magic. Some ingredients in here designed to help you drift off include lemon balm, valerian, and melatonin.

Burning fat and improving sleep is certainly an interesting combo of benefits. But can LeanFire PM really deliver on these promises? Keep on reading to find out!

Due to its advertised benefits, it comes as no surprise that LeanFire PM contains a mix of ingredients for fat loss, metabolism, and sleep support. The main active ingredients in LeanFire PM are primarily found in their Overnight Burn and Revitalize Complex, which has:

But they also have the following vitamins and minerals included:

So, most of the ingredients are in a proprietary blend, but we’ll go over most of them one by one, while grouping some others based on similarities. 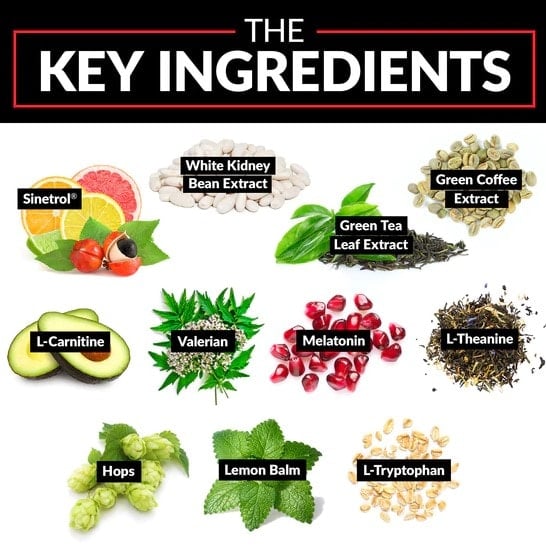 Let’s start off by looking at the main advertised ingredient: Sinetrol, which contains extracts from many citrus fruits, including pomelo, grapefruit, orange, guarana, and sweet orange.

These foods are rich in flavonoids and offer antioxidant, and anti-inflammatory effects, while also lowering triglycerides and cholesterol.

Specific studies on Sinetrol have found that supplementing can lead to significant decreases in stomach fat, waist circumference, and BMI, while also aiding body composition and muscle mass.

Green coffee extract comes from raw coffee beans. It is rich in chlorogenic acid and numerous polyphenols and other antioxidant compounds.

Some evidence shows that green coffee extract can improve aspects of glucose and fat metabolism, while also reducing triglyceride and cholesterol accumulation, and even influencing how body fat is distributed.

Is this green coffee extract’s cousin? We may never know. But they sure offer similar effects.

Green tea extract has a high catechin content and also contains various antioxidant and polyphenol compounds. Studies have shown that green tea extract can increase resting metabolic rate and improve thermogenesis, which may make it useful for weight loss.

It’s included in the majority of fat loss supplements out there, including top choices such as Q Trim.

L-carnitine (carnitine) is an amino acid with numerous roles. One thing it does is help transport fatty acids into cells so they can use it for energy.

And this may help aid weight and fat loss, although it seems to only be mildly effective in overweight or obese people.

White kidney bean extract is most known for its ability to inhibit alpha amylase, which in turn leads to decreased carbohydrate digestion and absorption. Plus, WKBE may be able to regulate glucose and enhance the gut microbiota.

Overall, WKBE seems to be moderately effective for weight loss and fat reduction.

All three of these herbal extracts may be able to increase levels of the calming neurotransmitter GABA, which is necessary for relaxation, calmness, and sleep initiation. These herbs may also be able to tone down excitatory neurotransmitters like glutamate.

Another relaxing compound is theanine, which is found in green tea. Theanine works its magic by increasing GABA and serotonin, while also increasing alpha waves in the brain, giving you a calm, relaxed state of mind. Research also shows that theanine has benefits for anxiety and sleep, likely due to these “chill-out” effects.

The amino acid l-tryptophan (tryptophan) is necessary for 5-HTP and serotonin production, a neurotransmitter known to be important for mood, sleep, and overall well-being. Plus, having enough serotonin is important to make enough melatonin, so there are a number of things going on here.

The overall research shows that tryptophan supplementation can improve sleep quality and mood in those with problems/disturbances.

Griffonia simplicifolia is a medicinal plant most known for its source of 5-HTP. And 5-HTP is needed for serotonin production, which has an influence on mood, sleep, and well-being.

Melatonin is a hormone produced naturally by the body that regulates sleep-wake cycles. In particular, it’s important for sustained, quality sleep.

And research shows that taking melatonin can be effective for improving sleep quality in people with primary sleep disorders, but not necessarily people with underlying mental health conditions like anxiety or depression.

LeanFire PM also has a few vitamins and minerals, but only one really has an influence on weight loss. And that’s chromium picolinate.

Others: Vitamin B6, Zinc, Vitamin D

Vitamin B6 has a role in energy metabolism, but it probably won’t do that much for weight loss.

Also, the overall research on vitamin D and zinc shows that they’re unlikely to offer any significant benefits for weight loss.

Overall, it’s likely that LeanFire PM will be a helpful nighttime fat burner. But there are a few things to consider. 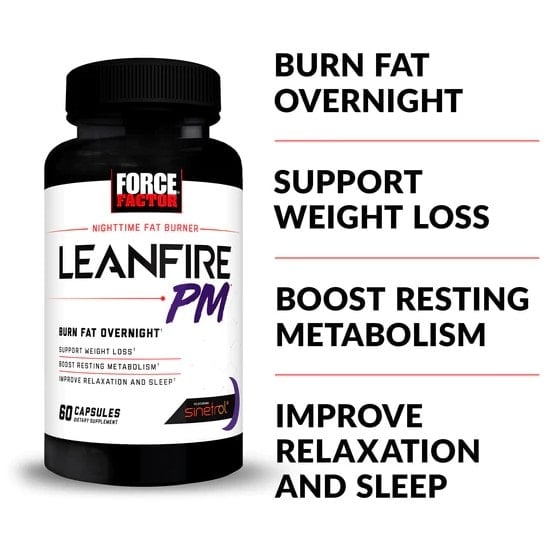 LeanFire PM has some pretty high-quality ingredients, but most of them are jammed into a proprietary blend weighing only a little over 1,000mg.

And since Sinetrol alone should be dosed at 900mg, it’s clear that a lot of the ingredients in here aren’t getting adequate dosages.

I’m speculating but based on the fact that Sinetrol is their main advertised ingredient, I’m betting that they put in a pretty high dose of it, which would make it useful for fat loss, but this leaves little room for the other effective ingredients.

As a result, it’s likely that there probably won’t be very many benefits for relaxation and sleep, although they at least tell you that there’s 1mg of melatonin, which should help a little for sleep.

LeanFire PM has the potential to be a really effective product, but they need to include higher dosages of the ingredients and actually list out the dosages.

That’s why you’re probably better off choosing supplements that have listed dosages for each ingredient.

In fact, most people are probably better off getting two different supplements: one for fat loss, and one for sleep; both of which should list out the dosages for every ingredient.

But we’ll keep on the lookout for a nighttime fat burner that lists out its dosages and has effective amounts.

If LeanFire PM works, it’ll probably help you to lose a few extra pounds (maybe around 5 pounds or so) over the course of several weeks.

It also might improve your sleep with 1mg of melatonin, but without knowing the doses of the other ingredients, we just can’t say for sure.

All in all, don’t expect anything spectacular from LeanFire PM, but it could be a decent supplement alongside a good diet and exercise plan to help you lose weight and possibly sleep better.

Who is it Best For?

LeanFire PM is best for anyone who wants to try and burn a little bit more fat at night and keep their metabolism up around the clock. 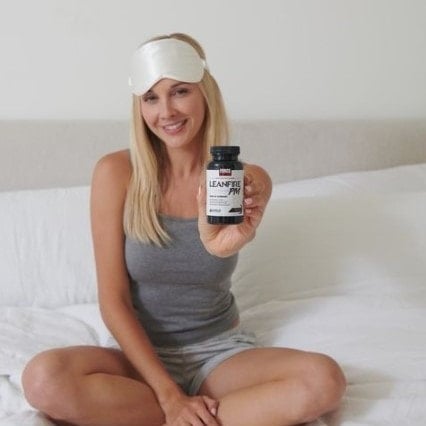 LeanFire PM is apparently stim-free, but green coffee extract and green tea extract actually have some levels of caffeine that could cause unwanted side effects such as anxiety and insomnia (but it’s not clear if these will occur since we don’t know how much is in here).

Other possible side effects include:

LeanFire PM is made in the USA in a GMP-certified facility.

Where to Buy LeanFire PM

You can buy LeanFire PM on a number of websites listed on their product page, such as Amazon, iHerb, Walmart, and The Vitamin Shoppe.

Without knowing all of the dosages, it’s really hard to gauge value, but it’s good that this is priced under a dollar since the dosages likely aren’t all that high.

LeanFire PM has the potential to be a decent nighttime fat burner, but it’s likely that most of the ingredients are dosed too low and won’t give you very many benefits.

It’s still worth buying if you’re looking for the added convenience of a 2-in-1 product, but most people are probably better off getting individual fat loss and sleep support supplements by themselves. And more importantly, ones that list out the dosages for every ingredient.

Dr. Kellyann Cleanse Review – Is This 5-Day Kit Worth The Purchase?

Seed Probiotics Review – A Look at This Unique Probiotic Supplement

Florastor Review – Is This Probiotic Supplement Worth Buying?

Perfect Keto Collagen Review – What Can This Collagen Supplement Do For You?