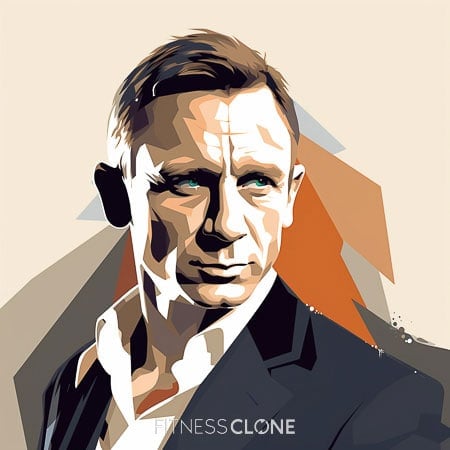 From England, Daniel Craig began acting when he was 6 years old and people would pay for his impressions of famous people like Groucho Marx. He played rugby at school but had a difficult time, being bullied and failing exams. At age 16, he was accepted into the National Youth Theatre and then the Guildhall School of Music and Drama where he studied under the illustrious Colin McCormack. He graduated in 1991 and found fairly consistent work as an actor, although he admits he sometimes accepted roles purely to cover the bills, such as in the case of Lara Croft: Tomb Raider. In 2005, he was asked to play James Bond, which he resisted at first, but he went on to make 5 movies which have collectively grossed over $3 billion. Craig was nominated for a BAFTA for his role in Casino Royale, the first Bond actor to receive do so. He has also been nominated for a Golden Globe and a Primetime Emmy. He is married to actress Rachel Weisz and they had a daughter together in 2018. He also has an adult daughter from a previous marriage. Craig generally avoids social media. He is 5 feet, 10 inches tall and weighs about 175 lbs.

Not every actor to play James Bond has been cut, but Craig decided to up the ante. Just like you would never put regular unleaded into an Aston Martin, Craig puts premium fuel into his body for maximum performance. To prepare for Bond, he cut the carbs and unhealthy fats and increased his protein intake both from animal sources and supplements. He also eliminated all junk food. To keep his metabolism revved up and energy high for intense workouts, he would eat 5-6 small meals per day. He also quit smoking and limited alcohol consumption to 2 nights per week before starting a new film.

Poached eggs and two pieces of toast are a typical English breakfast, and a typical one for Craig. His mid-morning snack was a protein shake, giving him a balance of protein, fat, and carbs to fuel his day.

Another typical snack for Craig was fruit, nuts and yogurt, a natural, healthy alternative to a protein shake.

Craig’s lunch and dinner menu revolved around animal protein including poultry, fish or beef. For lunch, he might have a small serving of complex carbs such as brown rice or potatoes, but at dinner it was low-carb veggies only, such as salad, spinach or broccoli.

Craig limited his alcohol consumption to Friday and Saturday nights only while shooting. Unlike Bond, he prefers beer to martinis. He also has to down his pint in a hurry so he doesn’t get mobbed at the local pub.

‘You’re not supposed to eat carbs after 4 o’clock.’

Craig on How Often He Consumed Protein Shakes

Craig on Going out for a Pint

‘I’ve got really good at drinking 18 pints in half an hour.’

Craig admits that he’s not always motivated to work out, but he makes himself do it anyway.

Craig’s goal with his training was to become muscular, and not too lean because, after all, he’s supposed to look an assassin, not like a marathoner.

Craig’s personal trainer for Bond was Simon Waterson. He spent 7 years in the Royal Marines and thus understands the discipline and unique challenges a super spy would have. Waterson has worked with some of Hollywood’s brightest, including Halle Berry, Denise Richards, and another Bond portrayer, Pierce Brosnan.

Craig worked out more or less every day of the week while getting into his 007 character. He would do weight training Monday through Friday and light cardio and stretching on the weekends.

Rather than do split routines like many celebrities, Craig would often do full-body workouts that build muscle and endurance simultaneously.

Not Always An Act

Craig performed some of his own 007 stunts and was injured on the set a few times. He’s had a shoulder reconstruction, ruptured both calf muscles, tore his ACL, and needed several stitches in his face after a fight scene gone wrong.

Do something easy, such as a hike, mid-pace run or bike ride.

Craig on Getting in Shape to Play 007

‘Although I was big and muscled last time [for Casino Royale], I was actually not as fit as I am now.’

Craig on The Not-so-secret Way to Get in Shape

‘You do what you do. You run about and you push weights. I just did a lot of it.’

Craig on Sticking to a Routine

‘I got kicked in the face…so I went to see a plastic surgeon…and then jokingly I asked him to do the rest of my face, but he didn’t have time.’

‘You get tighter and tighter, and then you just don’t bounce.’

Craig drank a lot of protein shakes as part of his diet to build muscle. Whey protein contains all the essential amino acids, helping to increase lean muscle, cut fat, aid with re-covery and suppress appetite.
Get it here

HMB (Beta-hydroxy beta-methylbutyrate) can also speed your muscle gains, especially if you’re just getting started on a weight lifting routine.
Get it here

A multivitamin is a good idea if you’re restricting your diet, and probiotics help you get the most out of the food you eat while strengthening your immune system.
Get it here

Craig is keeping any other supplements he may have taken close to his dinner jacket, but for those who are looking to get ripped, adding a supplement of creatine is a smart move because it promotes muscle gains and improves perfor-mance at the gym.

BCAAs are popular among athletes because they not only increase gains, but also reduce muscle wasting.
Get it here

CLA can enhance performance and help you lose fat while you gain lean muscle.
Get it here

Omega-3 fatty acids help reduce inflammation in the body, aiding with recovery after intense workouts.
Get it here

While Craig studied at the National Youth Theatre, he earned extra money by painting office walls and doing other odd jobs at the theater.

Craig was paid 18,000 pounds for his role in The Power of One. He blew through it all, not realizing he’d have to pay taxes. He spent 5 years paying off the tax bill.

Craig is the first actor to play Bond who was born after the death of the creator of the series, Ian Fleming. Craig is also the longest-lasting Bond: 5 movies over 14 years. No Time to Die is his final film.

Craig didn’t especially want the role of Bond, and neither did a bunch of other people. There were several protests against blond-haired Craig who was not considered to convey the image viewers expected. Previous Bond portrayers, including Sean Connery to Pierce Brosnan, all came out in his defense, and Casino Royale went on to become the top-grossing Bond film to date.

Craig is involved with multiple charities, including Broadway Cares/Equity Fights AIDS, S.A.F.E. Kenya and Opportunity Network. He is also a UN global advocate for the elimination of landmines.

‘I’ve always loved to dress up a bit and show off.’

Craig on Accepting the Role of Bond

‘It’s a huge challenge, a huge responsibility. Bond is a huge, iconic figure in movie history.’

‘Trying to inhabit a cipher, in a plotless blockbuster, with the world’s eyes upon you, is like living out a very particular anxiety dream.’

Craig on the Character of James Bond

‘The question I keep asking myself while playing this role is, “Am I the good guy or just a bad guy who works for the good side?”’

‘I’ve never really had a desire to do Shakespeare. For me, it’s just too many lines.’

Craig on the Importance of Companionship

‘Being on your own would be sad, sick and weird. I don’t trust myself. I need that balance.’ 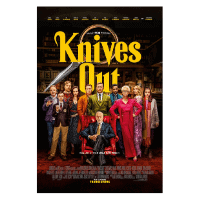 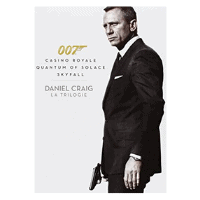 007 The Daniel Craig Collection
GET IT HERE 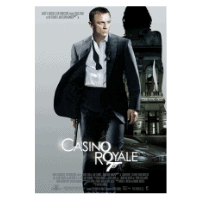 Casino Royale
GET IT HERE 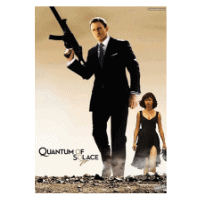 Quantum of Solace
GET IT HERE 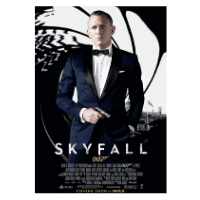 Skyfall
GET IT HERE 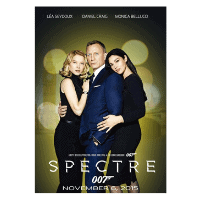 Spectre
GET IT HERE 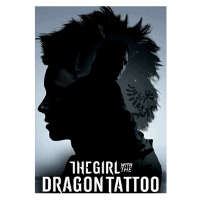 The Girl With the Dragon Tattoo
GET IT HERE 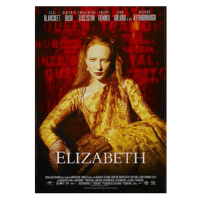 Elizabeth
GET IT HERE 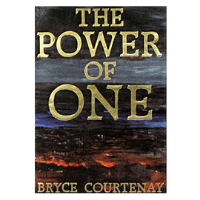 The Power of One
GET IT HERE 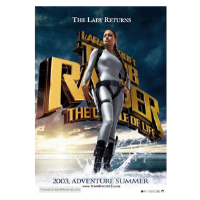 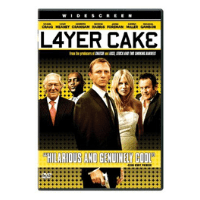 Layer Cake
GET IT HERE 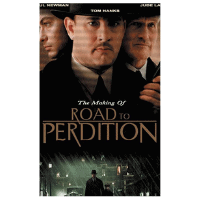 Road to Perdition
GET IT HERE