Cara Delevingne is from London. Her first modeling job was at age 10 for Vogue Italia. She walked her first catwalk in 2011 at London Fashion Week for Burberry. Delevingne won Model of the Year at the British Fashion Awards in 2012 and 2014 and has walked the runway for many top designers including Fendi, Stella McCartney, and Chanel. After high school, she studied drama and music. She got her start in film with a small role in Anna Karenina in 2012, but is perhaps best known for playing in Suicide Squad. Delevingne is also a musician and has recorded 2 albums. She has branched out into fashion design and created 2 collections for DKNY and Mulberry. In 2017, Delevingne released a young adult novel called Mirror, Mirror. She is considered to be a top influencer on social media. Delevingne is passionate about animals and wildlife conservation. She has millions of followers on social media. Delevigne is 5 feet, 7 inches tall and weighs about 110 lbs.

Delevingne is one of the lucky ones who can get away with eating whatever she likes, and what she likes is junk food. That said, she got serious about her diet while training for Suicide Squad, and that meant trading in burgers and pizza for the healthy stuff. Working with celebrity nutritionist Dr. Philip Goglia, she cut down on the empty-calorie carbs like fries and replaced them with nutrient-rich ones such as oatmeal. She takes care to keep her total calorie count under 1,400, and if she goes over, she cuts back the next day.

Delevingne was once a confirmed junk food addict, but switched up her diet completely for Suicide Squad. She would start her day with oatmeal, have a turkey burger and veggies for lunch and fish and salad for dinner.

While Delevingne did not stop eating carbs for Suicide Squad, her nutritionist had her eat them early in the day. No carbs with dinner.

Rather than chips or other empty-calorie options, Delevingne eats a dozen almonds or some fruit with a tablespoon of almond butter.

Another one of Delevingne’s dietary changes involved cutting out all alcohol.

‘I need to eat a lot, otherwise I feel faint.’

Delevingne on Not Eating

‘I hyperventilate quite a lot.’

Delevingne works with celebrity trainer James Dulgan to get in top shape.

Delevingne isn’t opposed to getting her exercise out in fresh air, and enjoys hiking, running, and sports.

Delevingne does a formal workout 6 days a week, doing a variety of strength training and cardio routines.

Delevingne prefers strength training to cardio, but she still does both for optimum fitness and endurance.

One of Delevingne’s preferred cardio workouts is kickboxing. She also runs and jumps rope.

Once a week, Delevingne does yoga and meditation. She takes Sundays off.

Delevingne on Her Body

‘I love curves; I’m all about curves. I don’t have many, which is really sad, but I think the more, the better.’

‘When you model, there’s no way you can’t notice yourself.’

‘I’ve started doing yoga and meditation, but I’m not very good at that kind of thing and turning my brain off.’

Delevingne prefers to keep her private life private and isn’t dishing about any supplements she might take. So below are options that can benefit anyone following a similar diet plan.

Delevingne is someone who admits to eating a less-than-ideal diet, so a multivitamin is always a smart pick.

To get in shape for Suicide Squad, Delevingne cleaned up her act and upped her protein intake which builds muscle and staves off hunger.

She also added oily fish which is rich in omega-3s that fight inflammation and improve mood.

Delevingne has trouble turning her brain off and struggles to sleep. If you do too, try adding magnesium or valerian to help you get those all-important zzz’s. 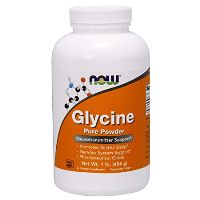 The amino acid glycine is another good one to try for its calming effect on the mind.

The Ayurvedic herb Ashwagandha has also been proven to relieve stress, anxiety and depression.

Delevingne says she has trouble sleeping, and in consequence often falls asleep in public.

A number of Delevingne’s relatives are rich and/or famous. Her godfather is Nicholas Coleridge of Condé Nast magazine. Her godmother is the actress Joan Collins.

Delevingne says she never does anything with her hair besides wash it and apply a conditioning mask to combat dryness.

Delevingne enjoys acting and tolerates modeling, but her true love is music. She says that if she gets rich enough, she’s going to start her own record label so she can foster indie talent.

Delevingne says that when she finds a bag she loves, it’s a til-death-do-us-part type of relationship. Her bag must be soft, and she pets it like a dog if she needs to relax.

One of Delevingne’s may tattoos reads ‘bacon’. For some reason, it’s located on the bottom of her foot.

‘I fall asleep everywhere! Someone recently asked if they could publish a book of pictures of me sleeping because there are so many.’

‘It’s taken time, but now I realize that work isn’t everything, and success comes in many forms…I’m spending more time doing stuff I love, and I’ve been able to do better work because of it.’

‘Victoria’s Secret is really about celebrating women and what they stand for: the strength.’

‘I always feel that life can teach you how to act. I’m always looking at life through other people’s eyes, by feeling empathy.’

‘When I was really small, my mother had difficulty keeping me dressed as I liked to be naked…Now, though, I really like beautiful clothes.’

‘Do I like it? No. It has bought a lot for me in my career, but there are a lot of down sides to it…You don’t ask for it. You just have to live with it.’ 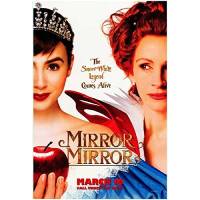 Mirror, Mirror
GET IT HERE 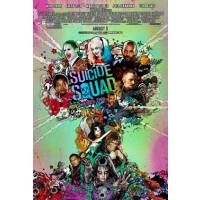 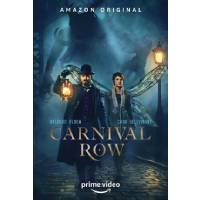 Carnival Row
GET IT HERE 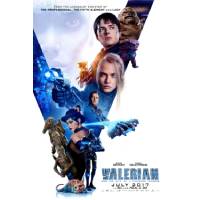 Valerian and the City of a Thousand Planets
GET IT HERE 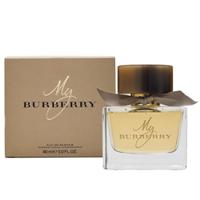 My Burberry perfume
GET IT HERE 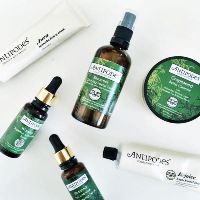 Antipodes skincare
GET IT HERE 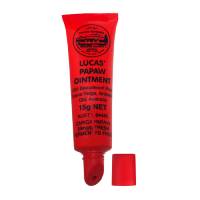 Lucas’s pawpaw ointment for lips
GET IT HERE