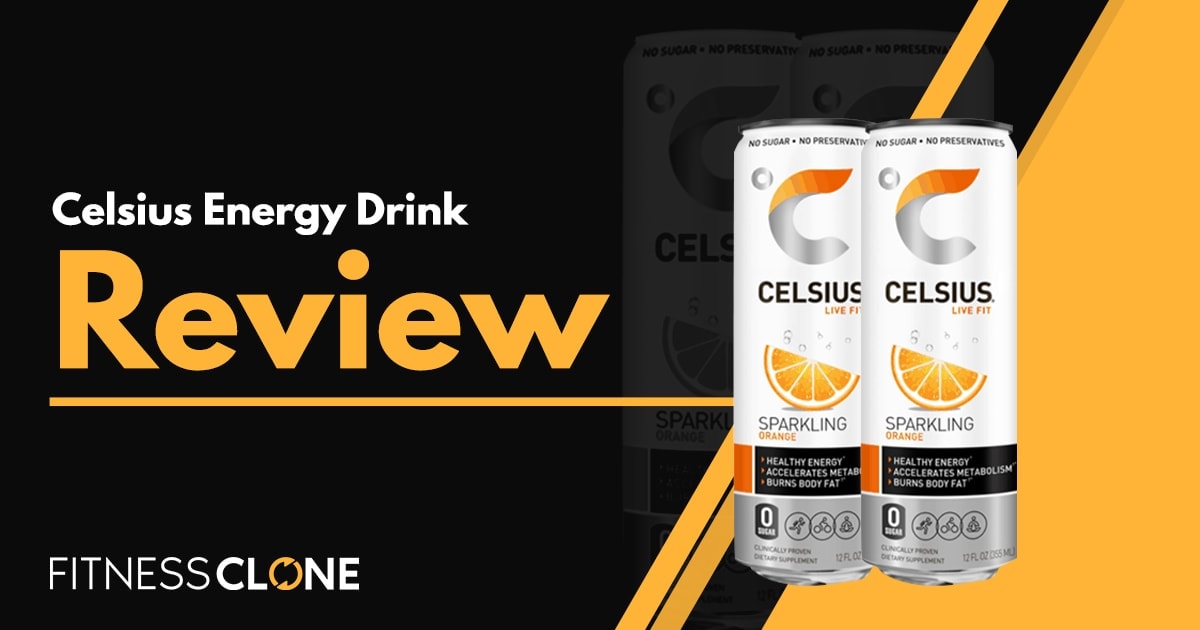 It’s a new era for the energy drink, and the options are plentiful. Gone are the days of a mere handful of choices that taste bad and make your heart race—or have no effect at all. Today’s offerings are not only flavorful, they can provide energy in healthy ways that are safe and beneficial for the body.

CELSIUS is one of these drink options. With many flavors to choose from and an excellent-sounding list of benefits, CELSIUS certainly appears to be a great choice when it comes to fitness and energy drinks. But is the CELSIUS fitness drink all it claims to be, or is it largely smoke and mirrors in an attractively designed can?

The motto of the CELSIUS company is “Live Fit,” and its drinks profess to help you do that very thing. Designed to be a pre-workout drink that helps you increase your metabolism and burn more calories, CELSIUS formulas are “clinically proven to function,” according to the company.

A quick look at the ingredients in CELSIUS fitness drink tells a lot about the drink’s quality and performance.

This is pretty much the extent of the main and noteworthy ingredients of CELSIUS besides a sprinkling of calcium and a few other vitamins and natural flavors. For all its natural ingredient listing, however, there is one component at the end of the list that some may dislike, and that is sucralose. Of course it’s a positive that CELSIUS contains no high fructose corn syrup or aspartame, but some put sucralose in the same category as those sweeteners.

The good thing is, there’s very little sodium in CELSIUS drinks, and it only contains 10 calories and 2g carbs in one can. That’s a pretty good balance for the whopping 200mg caffeine it contains! (As the can notes, it’s best not to drink more than 2 per day and avoid it altogether if you’re sensitive to caffeine. This caffeine powerhouse has more than 2 cups of coffee, so be aware when you open a can.) Also—no preservatives is a positive for a drink marketed as healthy energy.

Each individual ingredient provides a specific benefit, but when combined, it opens up a whole new world. The combination of fat-burning and metabolism-boosting elements may just back up the company’s claims of being the perfect addition to your fitness plan. Increased energy, better workouts, and faster results are additional bonuses.

When it comes to the formula for CELSIUS and CELSIUS Naturals, it’s non-GMO, vegan, kosher, gluten-free, soy-free, and sugar-free. The On-The-Go packets have the added benefit of portability, and the HEAT line provides a stronger boost as its bonus. So, each CELSIUS drink line has its own extra benefits in addition to the original healthy ingredients and their positives.

CELSIUS fitness drink has so many options, it needs its own section. First, CELSIUS comes in two categories: sparkling and non-sparkling. The non-carbonated options are green tea-based flavors: peach mango and raspberry acai, both delicious flavors.

But that’s not all the flavors. There is another whole line of drinks that are sweetened with stevia—sucralose haters, rejoice! The stevia option is sweetened only with stevia and erythritol, so there’s a solution to the sucralose problem. The CELSIUS Naturals line comes in the following flavors:

So, there are even more delicious and healthy options. Even if you’re not trying to avoid sucralose, those flavors are mouthwatering!

Yet another line exists for those who feel that 200mg of caffeine just won’t cut it. CELSIUS HEAT includes amino acid L-citrulline and a monster dose of 300mg caffeine for those mega-intense workout sessions. The HEAT line drinks are all carbonated, and they come in the following flavors:

If those flavors don’t sound like liquid HEAT, what does? You just never know what you might be able to accomplish with one of those drinks in your system!

Last but not least, CELSIUS comes in one more option—powder packets that you can mix with water. These on-the-go quick fixes come in orange, berry, coconut, and cranberry lemon. CELSIUS certainly has a plethora of delicious flavors and options, and it seems like there’s something for everyone and every need.

Best Deal on CelsiusWe scour the web for the best deals on supplements. Want the best price? Click the button below for the best savings!GET THE BEST PRICE

Who is CELSIUS Best for?

Well, the most obvious answer to “Who is CELSIUS best for?” is anyone getting ready to work out. Since it’s designed as a pre-workout drink, CELSIUS will give you an energy boost and faster metabolism regardless of whether you work out after—but the combo gives you twice the effects.

Nearly 75% of the 2,000+ reviewers on Amazon say yes! Some have even mentioned noticing feeling warmer—that thermogenesis thing again—so they know it’s working. Burning fat and increasing metabolism just by drinking a yummy-flavored beverage? Sounds like a win for sure. Many consumers even state that drinking CELSIUS doesn’t give you the post-caffeine crash like coffee or other energy drinks, and that they feel great after drinking it. That’s certainly more than can be said for some.

Regardless of the effects each individual feels when drinking CELSIUS, you will receive some kind of benefit from at least one of the ingredients. If you don’t feel the energy or metabolism boost (which you likely will), you can still benefit from the vitamins, ginger, and green tea compounds. So one way or another, it’s going to work.

The company claims that CELSIUS has been researched in six clinical studies. There seems to be no reason to doubt this, as CELSIUS as a company clearly has a desire to make healthy and beneficial pre-workout energy drinks. The studies showed that CELSIUS drinks do indeed boost metabolism and burn more calories—so according to those and the testimonies of thousands of users, it’s the truth!

Costs & Where to Buy

A 12-pack of CELSIUS on Amazon starts right around $20. At Target, a single can retails for $1.99, so the 12-pack online Amazon price is a bit better. CELSIUS drinks are sold at many drugstores, grocery stores, gas stations, and convenience stores as well.

Overall, CELSIUS fitness drinks seem to be a great workout, energy, and metabolism booster. Obviously, they won’t work for you if you’re caffeine sensitive, and you won’t want to drink them anywhere near bedtime or there will be no such thing as sleep. And while a small percentage of the population seems to dislike the flavor, the majority of CELSIUS drinkers agree that it tastes great. There are certainly enough flavors that you’re bound to like at least one of them! So the next time you’re dragging before a workout or are wanting to burn fat and calories, grab a CELSIUS and try it for yourself.

Overall Rating: 4.1 out of 5
Categorized in: Energy Supplement Reviews, Reviews