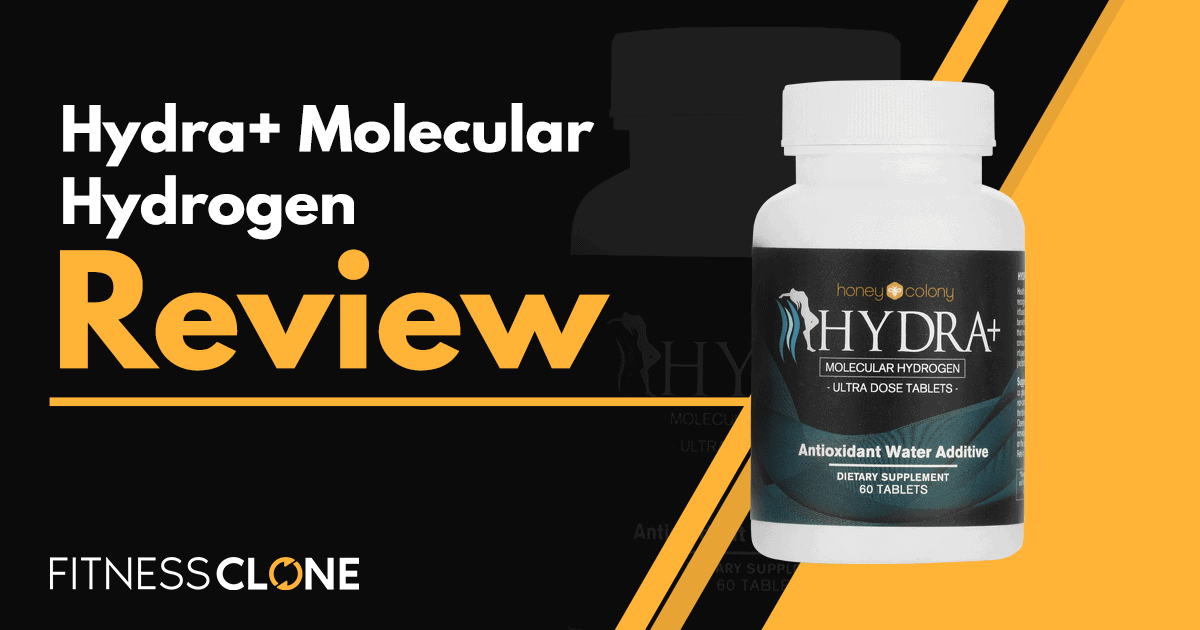 Honey Colony is a company that refuses to compromise its values—a philosophy we’d like to see more companies adopt. For them, this means cross-pollinating with other companies that share their lofty standards so that planet, humanity, honesty, and fair-trade practices are all values placed ahead of profits.

With their high degree of integrity and concern for yours and the environment’s health, you can rest assured that all the products they carry, including body care, supplements, and household goods, are as good for you as they are the planet.

In this review, we’ll take a look at Hydra+ Molecular Hydrogen, Honey Colony’s answer to your need to lower your body’s oxidative stress and protect it from the effects of stress and inflammation.

Molecular hydrogen (H2) is formed when 2 hydrogen atoms combine, which also increases its cellular bioavailability. This is important since hydrogen is not only the basis for all matter in the universe; it also has some incredible health benefits, including being able to destroy free radicals in the body and protect your DNA, RNA, and proteins from oxidative stress.

The ultra-high concentrations of H2 in Hydra + are superior in uptake to other forms of hydrogen, such as in silica hydride and chemical hydride formulas. This allows it to go to work instantly in your cells and provide them with the oxidative support and the signaling ability they need for your body to work at its greatest efficiency. This includes regulating cell metabolism, gene regulation, reducing cell death, and boosting your immune system against allergies.

Works As A Signaling Molecule

Your body is like a big entity that needs internal communications for all its parts to coordinate and work together properly. When your cells can’t send clear, concise signals to each other, it results in health problems, including poor brain function, increased inflammation, and compromised immune health.

But not only does H2 help keep cellular communications strong and clear, but the magnesium in Hydra+ also adds additional electrolyte activity to conduct electrical impulses between cells.

When you convert your body’s built-up free radicals to water, your body responds by running more efficiently and producing more energy. This includes helping your muscle cells work in a smooth, efficient manner—something that is further enhanced by the increased hydration H2 adds to your body.

This leaves you energized and healthy, both mentally and physically.

H2 doesn’t just hydrate the way plain old water does; it goes straight to work at a cellular level. That’s because it’s an element that attaches easily to other elements, including oxygen, which it needs to become water (H20 is a formula which indicates a molecule made up of 2-hydrogen and 1-oxygen atoms, in case you didn’t know).

This helps you stay well-hydrated for better overall health and performance.

Hydra+ contains a proprietary hydrogen matrix. Let’s take a look below at what this matrix includes.

Produced within the cell’s energy center, or mitochondria, malic and fumaric acid both help your body produce energy. Malic acid also helps your brain stay healthy and reduces muscle fatigue, and fumaric acid is a potent antioxidant that helps detoxify the body.

Maltose is a type of sugar that increases the activity of the enzyme catalase, which plays an important role in breaking down hydrogen peroxide (an oxidant) and cellular balance, as well as acting as a potent antioxidant.

Though it’s the world’s smallest molecule, it packs a powerful punch, and does so at the deepest levels of your body. With its potent antioxidant action and ability to keep your cells communicating in a healthy manner, there are few bodily functions it doesn’t influence. This includes your ability to think and remember, as well as energizing you and attacking oxidative stress.

Granted, it isn’t friendly to all cells since it promotes the death of cancer cells, and it also reduces your risk for other chronic diseases such as type II diabetes, cardiovascular disease, and obesity.

Your cells can always use a hydrating boost, and Hydra + will do just that. This helps energize your entire body, reduces exercise fatigue, and promotes detoxification from within.

All that and its simple to use—just drop in spring water and screw the cap on, give it a few minutes, and enjoy!

Who Is Hydra+ Best For?

Anyone who drinks water and has cells can benefit from Hydra +. This includes men and women of all ages, and even pets.

But anyone who’s allergic or sensitive to water, air, or any of Hydra +’s ingredients should avoid its use.

Honey Colony is a company with integrity, and the products they sell reflect this. There is also science backing their claims, though the best proof of all is in trying it for yourself and enjoying the results.

Used as directed, the only side effects you should see are positive ones. Well, you may pee a bit more too, though that always happens when you drink water, but other than that, side effects should include better skin, more energy, a positive sense of wellbeing, and more dates.

But you need to always use the product in water (or other liquid), and never take the tablets on their own, and be sure to use a container that seals so that the hydrogen gas doesn’t escape as it reacts.

Hydra+ Molecular Hydrogen is a solid choice of supplement. If you’re looking for an alternative choice, though, that can still give you that hydration boost you’re craving, you might consider an electrolyte supplement.

One electrolyte supplement worth taking a look at is Celarity Electrolytes. This supplement comes in powder form and includes calcium, magnesium, potassium, phosphorous, sodium, and chromium within its formula. Its benefits include supporting hydration, boosting athletic performance, and it also includes antioxidants.

Another electrolyte supplement alternative is Dr. Berg’s Electrolyte Powder. This is also a powdered supplement and includes electrolytes calcium, magnesium, chloride, sodium, and potassium in its formula. This supplement supports energy levels, provides hydration, and can help enhance fitness performance.

Where To Buy Hydra+ Molecular Hydrogen

Of course, there’s a downside to high-quality supplements that work, which is that they tend to be pricey. This appears to be the case with Hydra +, though, at second look, we see that the $62.99 asking price is for an up-to 2-month supply.

Plus, you save an additional 5% by signing up for auto-ship, and ordering the 3-pack will also bring your cost down to a total of $57.31 per bottle. This is on par with many other similar products out there, though assuming Honey Colony is true to their word and sells you the most concentrated form of H2, it rises above in value.

So far as where to buy, it appears only available on the company’s 2-sites—Simply Transformative and Honey Colony. 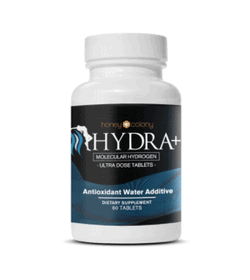 Organixx Multi-Vita-Maxx Review – Is It Worth Trying?

Balance of Nature Review – How Do These Supplements Rank?

Shatter SX-7 Revolution Review – Is This Truly The Ultimate Pre-Workout?

RETRO Gummies Review – Is This FLO Skin Vitamin Worth Using?