Benefits Of Castor Oil – What It Does For Your Health 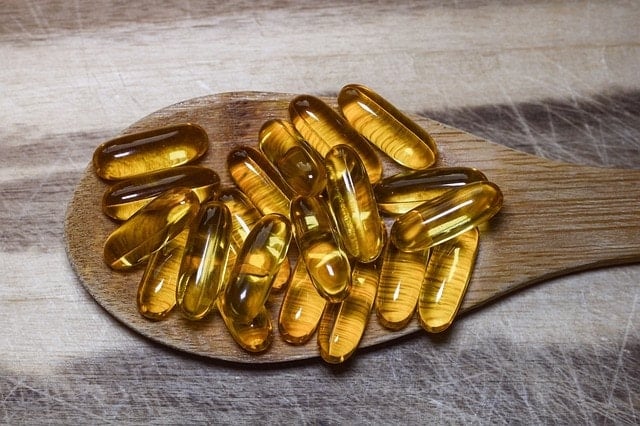 Have you heard of Castor Oil? It’s quite a popular oil these days that has a variety of benefits and purposes. Would you believe us if we told you the benefits range from hair growth to help induce labor?

In this article, we are going to discuss castor oil, what it is, what it does, and its actual benefits. We are also going to show you some of our favorite and well-tested recommended brands.

What Is Castor Oil?

For years, castor oil has been beneficial to medical providers and folk healers because of the many health benefits it bears. Many believed that ancient Egyptian were the first to discover the uses and benefits of castor oil.

It was used to fuel their lamps, help pregnant women induce labor, and was used as a remedy for eye irritation. It has been believed that Cleopatra, the last active ruler of the Ptolemaic Kingdom of Egypt, used castor oil to illuminate the whites of her eyes. Largely, castor oil has been known for its skin and health benefits and other therapeutic effects.

Castor oil is a type of vegetable oil that is extracted from the seeds of the Ricinus communis plant which can be found in South America, India, Asia, and Africa. It is known for its distinct unpleasant scent taste, yet it has been commonly used as an active ingredient in many skincare, hair, and health products. This famous vegetable oil also has been used as an anti-inflammatory supplement, anti-microbial, and laxative. 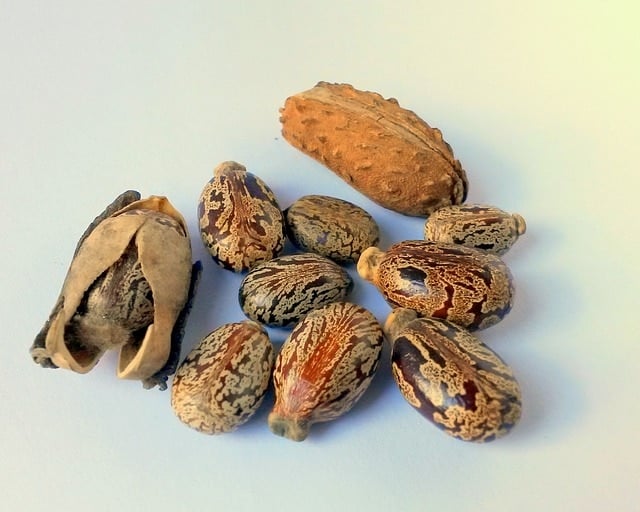 However, despite its known positive benefits, it contains a very toxic enzyme called ricin which can be from castor beans. That is why after extracting the pale-yellow oil from castor beans it requires a certain heating process to deactivate this toxic compound and allow its potential benefits.

And though castor oil has been remarkable because of its distinct unpleasant taste and smell, it possesses amazing therapeutic advantages that many of us are not aware of.

How Does Castor Oil Work?

Many of the advantageous benefits of this pale-yellow oil are a result of its chemical composition, particularly the type of triglyceride fatty acid called ricinoleic acid. Castor oil is broken down into ricinoleic acid in the small intestines, this is the fatty acid that comprises about 90% of the oil which is an unsaturated omega-9 fatty acid.

Castor oil can hydrate, soothe, and detoxify. It can be used in a couple of different ways. It can be taken orally as a laxative and be mixed with milk or lukewarm water or even in a form of a supplement. It can also be applied topically for hair and skin treatment. It can be applied directly to the skin, mix it with other oils as a topical regimen, and be used through a castor oil pack.

Castor oil is very rich in fatty acids and Vitamin E compared to other plant-based oil. It is one of the most potent seed oils and it has a comedogenic rating of 1. The comedogenic rating tells if a certain ingredient blocks skin pores. The lower the rating, which is 1-5, the better. 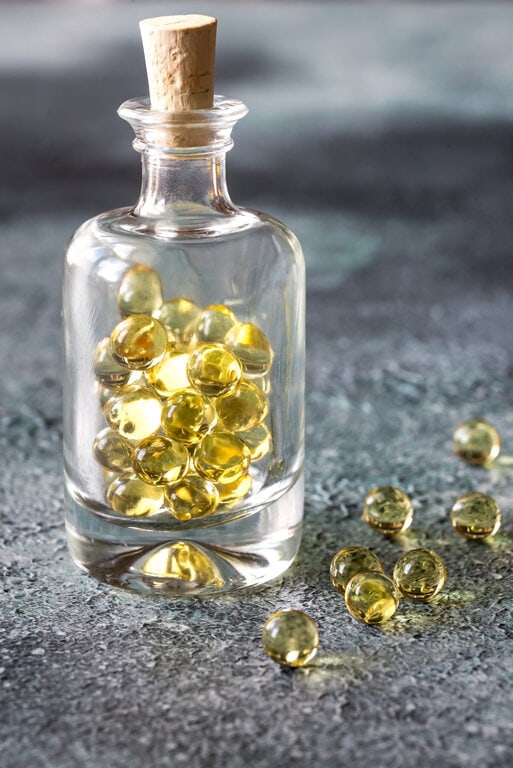 Castor oil has been traditionally used as a treatment for various skin conditions and infections, alleviating constipation, and improving skin. Even so, recent studies show that it can also be used to boost the immune system. The list of benefits for castor may go on, but here are a few.

This can be done by taking the castor oil orally by adding it to a beverage, massaging war castor oil on the affected area, or boiling it with water and a pinch of ginger powder for treating more severe arthritis pain.

Stretch marks frequently originated from pregnancy and rapid weight gain, but it can also be a consequence of swelling, sudden weight loss, hormonal imbalance, and even aging. Because of its high Vitamin E and fatty acids contents, castor oil is realized as one of the best remedies for various skin conditions. It is a superb moisturizer and very effective for getting rid of unwanted stretch marks.

This can be achieved by massaging castor oil over the stretch marks and or by dipping a cotton ball on castor oil and covering the skin for better penetration.

Acne is one of the most common skin conditions that most people are experiencing. It is caused by the impurities accumulating in the pores that are causing the skin to become irritated and inflamed. Castor oil is a natural solution that can help draw out dirt, excess oils, impurities, dead skin cells, and bacteria in the skin to prevent breakouts.

Treat acne by leaning over the bowl of boiling water, to open up the pores, and gently rubbing the castor oil on the affected area. Leave it overnight and remove the castor oil in the morning by damping with a towel or wiping the oil.

Castor oil has been a famous elixir for growing healthier and thicker hair. Castor oil can help the hair grow faster, stronger, shinier, thicker and be free of dandruff because of the omega-6 fatty acids which go to the root of the hair and improve circulation.

Castor oil can be applied to the scalp and roots using the fingertips and covered with a shower cap for at least fifteen minutes or overnight for better results. Remove the oil by washing the hair thoroughly with shampoo.

The most important use of castor oil is as a laxative to relieve constipation. Castor oil is used as a stimulant laxative that can cause the bowels to move a lot more. The fatty acids in castor oil also prevent liquid from being absorbed by the digestive tract to help retain the bowel’s moisture so that it can pass through the colon easier.

To relieve constipation, combine castor oil, lukewarm water, and ginger in a glass and drink it. You can also try Max Nutrition Colon Broom for better digestive health.

Using castor oil may help improve many immune system functions, which include blood flow, thymus gland health, and lymphatic drainage. Castor oil can help the body produce adequate lymphocytes, a type of white blood cell that is vital for the immune system.

Simply apply castor oil packs to the abdominal area to increase the body’s absorption of the oil.

The labor-inducing properties of castor oil come from its laxative function which can cause spasms in the intestines and stimulate the bowels and the vaginal nerve. This irritates the uterus and results in contraction.

This is only recommended during the late-term of pregnancy and should be discussed with the doctor first for proper use and direction.

Special mentions on the benefits of castor oil are it can help in treating ringworms, minimizing the appearance of scars, healing dry and cracked heels, thickening the eyebrows, lengthening the eyelashes, and more.

There are many different castor oil brands on the market, that show up in a variety of different ways as well. The following are brands that we trust and recommend to you.

This supplement is rich in omegas, ricinoleic acid, minerals, and essential fatty acids. All of these nutrients help to moisturize dry skin and hair. It can also increase hair growth in some situations.

GET THE BEST PRICE ON HERITAGE STORE CASTOR OIL

This type of castor oil is expeller-pressed from the seed of Ricinus communis. It is great for all uses because it is virtually odorless and tasteless. It’s also affordable and from a great brand that is well-trusted.

GET THE BEST PRICE ON NOW FOODS CASTOR OIL

Made specifically for your hair, it does not include sulfates, parabens, phthalates, propylene glycol, mineral oil, and they do not test on animals.

This castor oil comes from a well-known hair care brand. Organic and fair-trade, this brand is truly cold-pressed, which guarantees the highest amount of nutrients and trace minerals.

GET THE BEST PRICE ON BRIOGEO B. WELL ORGANIC + COLD PRESSED 100% CASTOR OIL

Castor oil has been deemed safe to use in restricted amounts. Nevertheless, some mild to moderate symptoms can still be experienced if taken too much or consumed for an extended period.

Before applying castor oil topically or ingesting it orally, determine allergy first by conducting a patch test by placing a small amount of castor oil on the forearm and let it sit for 24 hours. If any reaction exists, even if the slightest redness or itching, prevent using castor oil for any reason.

It is important to keep in mind the restrictions and exercise caution when using castor oil. Taking or using too much castor oil could result in an overdose or poisoning, which could lead to more serious health complications.

Benefits Of Deadlifts – Why You Should Try This Weightlifting Exercise

Gut Microbiome And Mental Health – How They Relate

Benefits Of Intermittent Fasting – The Truth About This Diet