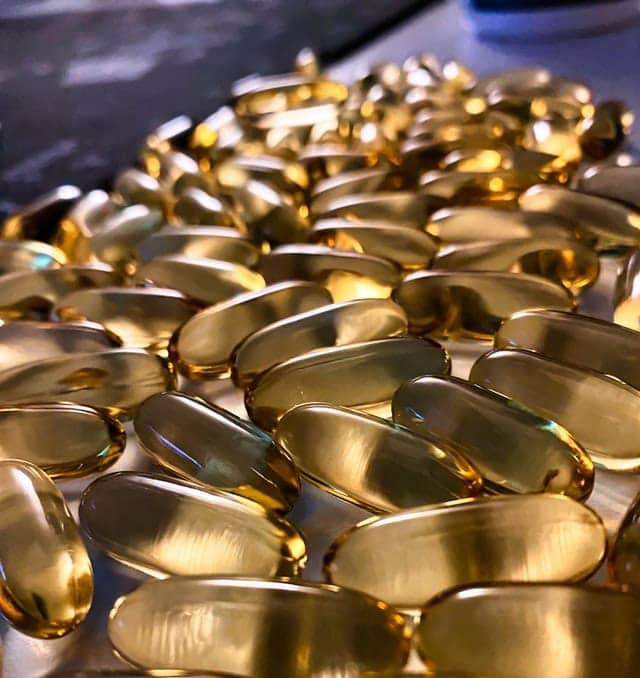 Krill is a tiny crustacean that resembles a shrimp. Krill is about the size of an average paper clip and can be found in most oceans around the world. However, they can only be harvested in the cold unpolluted waters of Antarctica, where they spend most of their time feeding on microscopic algae, which keeps them free from environmental contaminants and toxins.

Krill play a key role in the ocean’s ecosystem as they serve as food for the fish, seals, penguins, baleen whales, mantas, whales, sharks, and squids. They are an integral part of many marine species survival, which is why the sustainability of the krill fishery and Antarctic ecosystem has to be carefully observed to ensure that there will not be negative impacts on marine species who feed on them.

Although krill is very small in size, it can be seen from the earth’s atmosphere. When krills are close to the water surface, they give a pinkish-red color to the ocean’s surface.

They are small but powerful as they pose to have many health benefits. So, what are the benefits of krill oil? Let’s take a closer look!

What Is Krill Oil?

Krill is as much as 48 times more effective than fish oil, meaning you only have to consume less of it. It also has higher bioavailability since omega-3 fatty acids in krill oil contain phosphatidylcholine more it more absorbable than fish oil because it is attached to the phospholipids making it easier to transport into the cells, including the brain cells. In comparison to fish oil, research has shown that krill oil has more advantages than fish oil because it has higher efficacy when it comes to nutritional value, it is free from heavy metal contamination, and it has fewer side effects.

Krill has a pink or red appearance due to the plankton that they consume as a food source in the frigid northern waters. The oil is extracted from the bodies of Antarctic krill — teeny-weeny shrimp-like shellfish and can be taken in as food supplements capsules. Identical to fatty fish and fish oil supplements, krill oil contains the omega-3 fatty acids eicosapentaenoic acid (EPA) and docosahexaenoic acid (DHA). Consumption of these fatty acids is associated with a reduced risk for cardiovascular disease.

Also, it has higher bioavailability because of choline — a component of phosphatidylcholine.

This is a class of phospholipids that is incorporated in choline, a water-soluble organic compound, which carries krill oil’s omega-3s EPA and DHA in the form of phospholipids. As a result, krill oil can be more efficient than fish oils. In addition, these phospholipids are water-soluble, which allows the body to absorb its nutritional value more easily and naturally.

Unfortunately, many of the fish oil’s benefits are lost due to poor absorption, and that is why krill oil is starting to gain popularity because of its absorption advantage. The omega-3s in krill oil can reach the cells easier, leading to faster absorption and higher efficacy. As a result, krill oil makes a higher concentration of EPA and DHA, meaning it can be consumed less. Its capsules are often smaller and do not have a fishy aftertaste, unlike the fish oil capsules. Therefore, the encounter in consuming krill oil can be more inviting.

In addition, since krill oil contains a powerful antioxidant called astaxanthin, it is less likely to go rancid owing to the fact that it has a more solid structure. Rancidity in oil can trigger inflammation and can out the body to higher health risks, especially the heart and brain. The antioxidant astaxanthin, which is a carotenoid pigment that gives krill and other crustaceans their orange to pink color, can help protect the cells, organs, and other body tissues from oxidation. The antioxidant inhibits oxidation and neutralizes the oxidant effect of free radicals and other substances in the body that may lead to disease.

Krill Oil offers a variety of health benefits and is oftentimes used to treat strokes, high blood pressure, cancers, depression, osteoarthritis, and even premenstrual syndrome (PMS). We will dive into these below.

Krill oil contains omega-3 fatty acids that can help reduce cholesterol and triglycerides in the blood and improve its circulation.

Cholesterol is not bad, after all. In fact, cholesterol-like HDL is an essential fat. It gives immutability to the cells in the body. It also maintains the endothelium, inner walls, of the blood vessels. Damage to the inner walls may lead to the development of atherosclerosis, which is the main cause of heart attacks and strokes. The HDL from omega-3s found in krill oil can keep these inner walls clean by scrubbing off the LDL that is blocking the walls.

Krill oil is an anti-inflammatory supplement that may help lessen the inflammation caused by arthritis. Researches show that taking at least 300mg of krill oil per day can serve as a pain-reliever in people suffering from rheumatoid arthritis. It can also significantly reduce the severity of arthritis.

The antioxidant astaxanthin in krill oil can help protect the fatty from oxidation that can have a high impact on brain function. The high phospholipids content of krill oil can also be advantageous to mood and cognition due to their incorporation into neuronal cell membranes. This may be remarkably effective in modulating neuronal membrane function and signaling, including processes of synaptic transmission and plasticity. Recent studies have shown that krill oil may facilitate learning processes and provide antidepressant-like effects.

As mentioned in the brain functions of krill oil, studies show EPA and DHA are effective antidepressants as it aids in the improvement of mood. EPA can lift mood by limiting inflammatory processes in the brain. On the other hand, DHA occurs to have hormonal effects by raising the amount of corticotropin-releasing hormone (CRH), which has mediating effects on mood. DHA can also elevate the dopamine and serotonin levels, which can aid in making the mood better and assist in alleviating depression.

For most women, stomach cramps are a common symptom of PMS. Painful menstrual cramps are caused by the hormone-like prostaglandins E2 (PGE2). This is a chemical produced by the body in response to infection, illness, or injury. They cause inflammation as part of the healing response, and the more PGE2 that’S been released, the greater the intensity of the contractions, resulting in more painful stomach cramps.

When the bodies store an equal amount of omega-6 and omega-3, the inflammatory effects of PGE2 will be balanced out by prostaglandins E1 (PGE1), which is formed from omega-3s. Omega-3s found in krill oil can also relieve bloating, headaches, breast tenderness, and mood swings, which are all common symptoms of PMS.

Omega-3s can aid in the treatment of Helicobacter pylori (H. pylori) by decreasing gastric inflammation. Gastric cancer is the fourth most common cancer and the second primary cause of mortality worldwide. H. Pylori infection is the most critical risk factor for both gastritis and gastric carcinoma. Gastric cancer evolves due to H. pylori infection and chronic inflammation. It began when H. pylori infection progresses to chronic active gastritis. Omega-3s can inhibit the effect of bacterial growth that may lead to disruption of cell membranes resulting in the delay of tumor growth that can form gastric cancer.

Commercial harvesting of krill for krill oil supplements has been said could threaten the species that consume it for food, like whales, sharks, and seals, since krill oil is being extracted from the bodies of Antarctic krill. The harvesting of krill may cause distress to the natural balance of food supplies for larger marine animals because it has been included in salmon aquaculture farming, harvested for use in Krill Oil capsules, used as food for home aquariums, and consumed as a human food source. In fact, krill is known as Okami and has been gathered by the Japanese as one of their food sources since the 19th century, and is also consumed in South Korea and Taiwan.

That is why aside from krill oil’s healthful function, we should also consider getting our supplies of krill oil to credible brands that also ensure that extracting of krill oil won’t result in a big impact in the Antarctic ecosystem.

This supplement has Marine Stewardship Certification (MSC), which is a certification that guarantees that krill oil is harvested using sustainable methods. Superba Krill is the first krill fishery to receive the MSC, which was awarded in 2010. Their red krill oil capsules have approved health claims from health authorities around the world.

GET THE BEST PRICE ON AKER BIOMARINE SUPERBA KRILL

Their krill oil has been tested by Internation Krill Oil Standards (IKOS) that test for the nutrient and antioxidant, levels of krill oil. They also check the ingredient quality, presence of contaminants, and freshness of the product.

GET THE BEST PRICE ON NUTRIGOLD KRILL OIL GOLD

This product has been tested by the IKOS, too, and said to have the highest doses of Omega-3s and astaxanthin among its competitors. A good krill oil supplement mostly contains at least 200 mg of omega-3 FA, but this product outdoes the mark while providing a bulky dose of astaxanthin.

GET THE BEST PRICE ON VIVA NATURALS ANTARCTIC KRILL OIL

The most typical side effects of krill oil are stomach-related, which may include stomach discomfort, decreased appetite, taste change, heartburn, fishy burps, bloating, gas, diarrhea, and nausea. In addition, taking krill oil orally might also result in oilier facial skin that can lead to a breakout. It can also have adverse effects when combined with some medications such as anticoagulants/antiplatelet drugs and Orlistat. Taking krill oil with these medications requires caution.

Despite these side effects, krill oil is still safe for most adults when used properly for up to three months. Before taking krill oil, it is best to seek your physician’s advice first for proper dosing and length of use.

The Ultimate Guide to the Ketogenic Diet