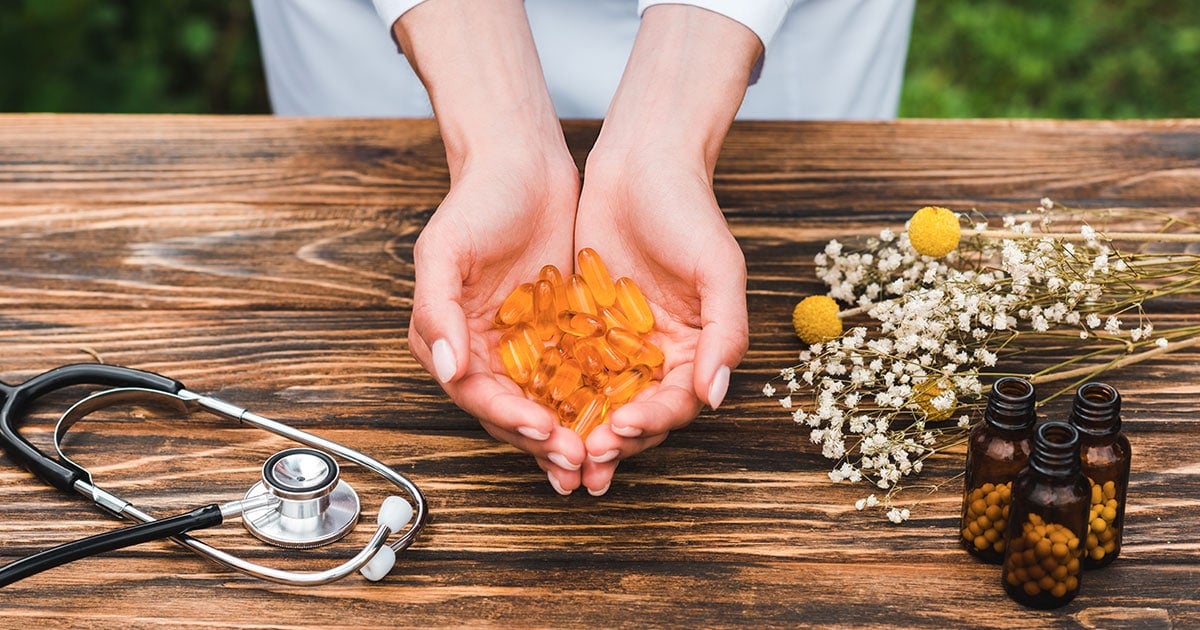 As the world becomes more chaotic, consumers are on the hunt for ways to improve their mental health and ease anxiety symptoms. Enter Nootropics, natural or synthetic compounds that have shown to help improve and even resolve some of these pesky mental challenges.

Because there are so many kinds of nootropics on the market, including those with research-backed ingredients and those without, it can be challenging to find the right one. Below we will take an in-depth look at nootropics and some of the top-rated nootropic supplements for anxiety.

Here are our top picks. Keep reading to learn how we chose them.

Also known as ‘Smart Drugs” or ‘Cognitive Enhancers,’ Nootropics are believed to provide a variety of mental health benefits, although their effects vary greatly depending on which nootropic you choose. Much research is still needed on many of these substances.

There are two categories of nootropics, including prescription and non-prescription supplements. Some of the main benefits nootropics are known for include improving sleep, reducing anxiety, boosting concentration, and enhancing memory.

Certain nootropics exhibit a calming effect that can be beneficial for those who struggle with sleep or anxiety symptoms, such as L-Theanine. This compound is naturally found in tea, and along with its calming effect, is also shown to improve creativity.

Other nootropic compounds, such as caffeine, can help with focus and concentration, especially in those with fatigue due to lack of sleep. Caffeine works by blocking adenosine receptors in your brain to boost your energy levels. This compound is available in beverages, such as coffee, tea, and energy drinks, as well as powders and supplements.

Another big effect of nootropics is improved memory. Nootropics such as Ginkgo Biloba are well-known for their efforts in this area in older adults. Some studies have also shown that taking Ginkgo Biloba shortly before a stressful event can help to avoid blood pressure and cortisol spikes in response to stress.

The exact mechanism behind nootropics depends on the nootropic itself and some are not yet fully understood. With promising research and the ever-growing desire to improve mental health, it’s no surprise these supplements are popping up all over the market.

How to Choose the Right Nootropic

There are many things to consider before diving into any kind of supplement, especially nootropics. Unless otherwise prescribed by your physician, it’s important to tread carefully when choosing an over-the-counter nootropic supplement. Below we will look at what to look for and what to avoid when choosing one of these products.

What to Look For

In the case of any supplement, you always want to be sure you are choosing a product from a reputable manufacturer. If you can, choose a supplement that has been third-party tested for quality. Once you know what nootropic you are looking to incorporate into your supplement routine, try to find one that includes only that ingredient and little to no added ingredients. This ensures you are getting the most bang for your buck and not a product that is fluffed up by other, cheaper ingredients.

Active B-Complex
by Integrative Therapeutics
B vitamins contain great nootropic properties and are well-researched compared to many other nootropics on the market. Integrative Therapeutics Active B-Complex contains the active form of all 8 B vitamins, B12, folate, and choline. Their product is manufactured in a Good Manufacturing Practices (GMP) approved facility and is third-party tested for quality.

This supplement is budget-friendly compared to other B-complex supplements, priced at $17.58 for 60 capsules on Amazon. It is also free of gluten, wheat, soy, dairy, and artificial colors and is vegan friendly. 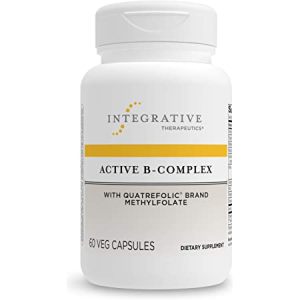 Rhodiola Rosea is effective in improving symptoms of stress and anxiety when taken in 400-600mg doses. This 500mg Rhodiola Rosea with 3% salidroside supplement by Nootropics Depot comes in 60 or 120-count bottles priced between $19.99-$29.99.

The only other ingredient in this product is the vegetable cellulose to make the capsules. For those looking for a quality product with good research for a low price, Nootropics Depot is the place to look. The only negative review for this supplement includes the capsule size. 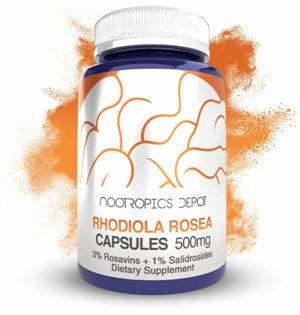 Single-ingredient with no additives

R
Lab-tested and verified for product purity and identity

Get The Best Deal On Rhodiola Rosea Capsules
Best Budget
L- Theanine with Suntheanine
by Doctor’s Best
L-theanine has been shown to help relax your mind without causing drowsiness. It is also believed to help increase focus and attention. Doctor’s Best L-Theanine is a great, budget-friendly supplement for those struggling with anxiety. Clinically tested in a GMP-approved facility, your mind can rest at ease that this product is high-quality and safe. At only $13.84 for a 90-capsule container, this supplement is widely available online. 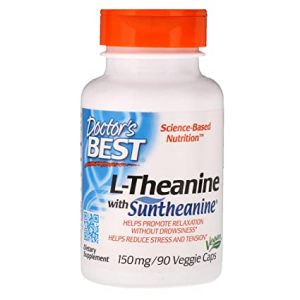 Also known as “Nature’s Valium,” Valerian root has been shown to help ease anxiety as well as improve sleep. Now supplements’ Valerian Root capsules are NPA A-Rated GMP certified and packaged in the USA. They rank top on the list of allergy-friendly supplements due to their omission of soy, nut, sugar, egg, dairy, corn, and animal products in their supplement. They are also budget-friendly at only $14.44 for 250 capsules. 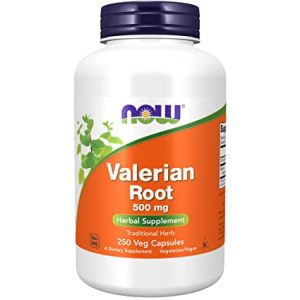 Packaged in the USA

You might be surprised to find omega 3s on the list of nootropics, but more and more research is finding omega 3 fatty acids, specifically DHA and EPA to be helpful in those struggling with anxiety symptoms. Nordic Natural’s Ultimate Omega supplement ranked the highest quality due to its superior ingredients and third-party testing. This product contains 1280mg of omega 3s per serving. 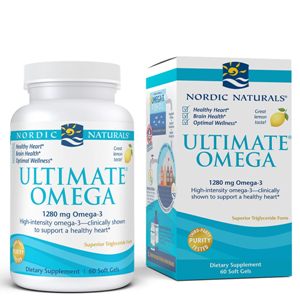 Q
Price point
Get The Best Deal On Ultimate Omega

Common Questions About Nootropics for Anxiety

The research behind various nootropics and their effects are still fairly new. Whether or not a nootropic will work for you will depend on the type of nootropic you choose. It’s also important to keep in mind that, like medications, people react differently to different nootropics and one person’s experience may not be the same as yours.

To be sure to get the most out of your nootropic, do your research. Make sure to choose one that contains a lot of research to backup its effects, such as caffeine, L-theanine, or Gingko Biloba.

Although there are some nootropics with strong research to support their claims, scientists still agree that the best way to improve your mental health is to get adequate sleep, manage your stress, consume a healthy diet with a variety of fruits and vegetables and get plenty of exercise.

Who Should Use Nootropics? (Who should avoid it?)

The best candidate for a nootropic supplement would be a healthy individual looking to include a natural supplement in their already balanced health routine.

Those who suffer from chronic conditions, or who are pregnant, nursing, or may become pregnant, should avoid taking a nootropic supplement. Always consult your physician before adding a new supplement to your routine.

Do Nootropicsgo Well with Other Supplements?

Whether or not a nootropic can be paired with another supplement depends on the nootropic. Some nootropic supplements may already be paired with other ingredients to maximize their effect, such as caffeine. When in doubt, it’s best to avoid taking too many different supplements at one time to avoid any possible interactions or negative side effects.

Are There Any Side Effects to Taking Nootropics?

With any supplement, there is a risk of side effects or interactions. In the case of nootropics, it depends on the ingredients in the supplement itself. Some may list potential side effects or warnings on their label, and some may not. A common nootropic that can result in uncomfortable side effects for some includes caffeine. In high amounts,this nootropic can cause rapid heart rate and anxiousness. It may also be dangerous for those with heart conditions. 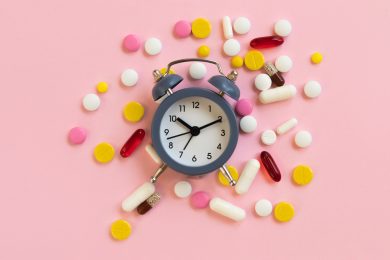 Wondering when the best time to take multivitamins is? Get the answer you’re looking for by reading our complete guide. 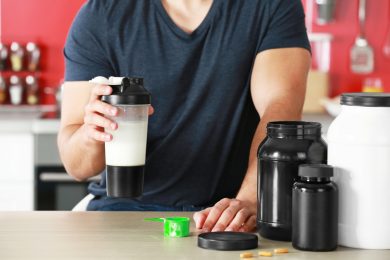 How To Make Your Own Pre-Workout – A Detailed Guide

Considering switching it up and creating a homemade pre-workout? Learn how to make your own pre-workout with our step-by-step guide. 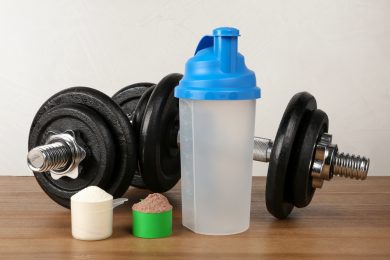 How To Use A Mass Gainer – A Complete Guide For Consumption

Considering adding a mass gainer to your supplement routine? Learn exactly how to use a mass gainer by reading our complete guide. 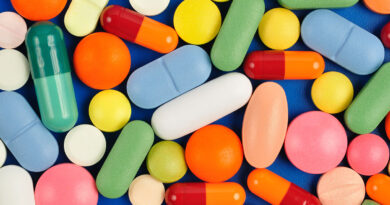 Searching for the best vitamin subscription? If so, we’ve got you covered with our complete guide. 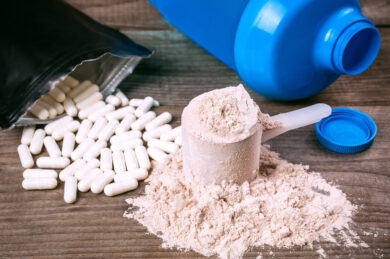 How To Pick A Pre-Workout 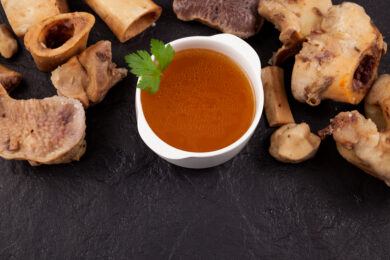