Animal Cuts Review – Will This Weight Cutting Supplement Work For You? 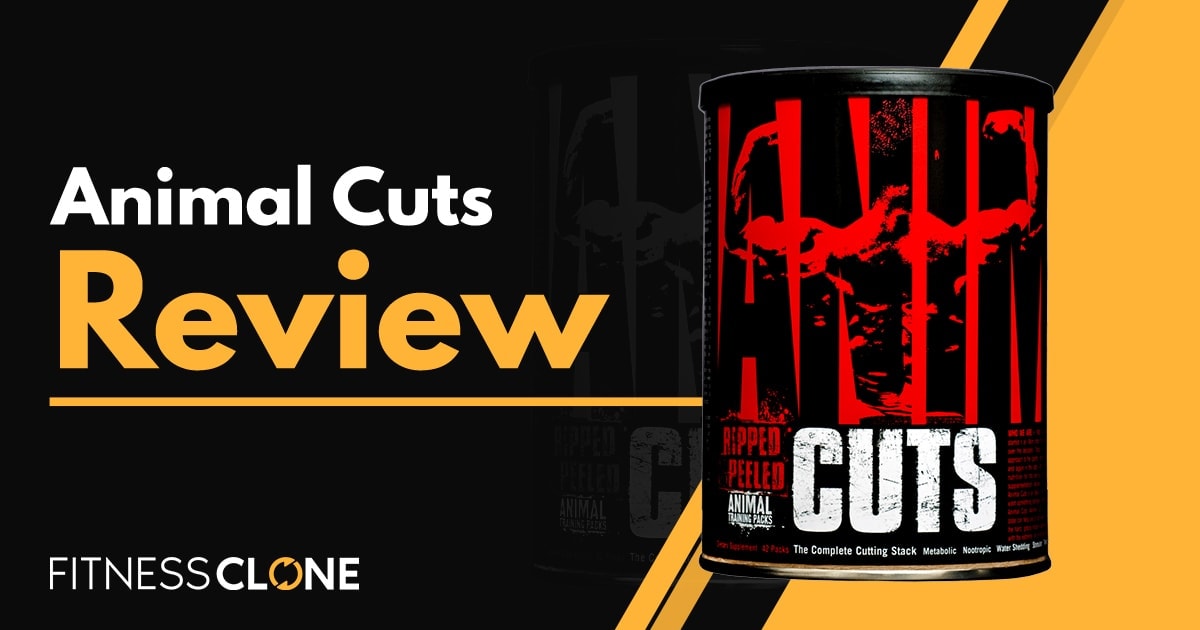 Animal Cuts is a weight cutting supplement designed for bodybuilders to cut as much fat as possible while keeping maximum muscle definition. Animal Cuts markets itself towards high-octane muscle heads but it’s perfectly suitable for those who are less jacked and toned.

There are a lot of weight cutting supplements out there, and many of them work by helping your shed excess water weight. So today we are going to take a look at Animal Cuts and answer some important questions, such as its pros, cons, where to buy, and whether it is worth the cost.

Animal Cuts Fat Burner is a weight loss supplement meant to help bodybuilders cut those last few pounds to make weight. Animal Cuts is clear that it’s not a magic substance and that it only works if you follow a heavy exercise routine. It contains a blend of ingredients meant to promote energy and lose weight.

Animal Cuts is designed for heavy workout routines. It claims that it can, among other things;

That is a lot of claims! Animal Cuts ingredients are divided into 8 complexes that each handle a different aspect of fitness. Animal cuts also contain potassium-containing ingredients meant to combat the potential dehydration from cutting water weights.

Each pack of Animal Cuts contains 8,500 mg of product in powder forms. Each pack contains several capsules with different colors to represent their purpose, whether it’s the thermogenic complex and metabolic complex. You are supposed to take the pills directly before your workout.

We checked out Universal Nutrition’s BBB page and here is what we found. They have an A+ rating but their profile is not accredited. There are only 2 customer complaints on the page which is much lower than we expect. Most businesses have at least 7-10 complaints. They also have 0 customer reviews, which looks suspicious to us.

How Does Animal Cuts Work?

Animal Cuts is designed to help you cut weight quickly. As such it contains several ingredients designed to increase your metabolism and ratchet up the fat burn. According to customer reviews, the product makes you sweat a lot. This is common among these kinds of supplements as sweating cuts water weight.

Animal Cuts claims that its formula stands apart from the competition because it is backed by scientific research. Unfortunately, we were unable to find links to any of this claimed research. We assume that one or two of the specific ingredients in Animal Cuts has been tested for weight loss potential and they are claiming those studies as evidence that Animal Cuts works.

The product is also designed for people who are on very high-intensity bodybuilding routines. So unless you are crushing it in the gym on a regular routine. We understand why this is the case but it is a cause for worry. High-intensity workouts are how you burn fat and cut weight without animal fats. So, without any clinical evidence, how would you know any weight you lose is because of animal fats?

Customer reviews are fairly mixed but lean toward the positive side. The most common complaints we saw were that the product did not work. However, that could just be because they were not putting in enough exercise.

Animal Cuts contains a large list of ingredients and a proprietary blend. Here are the most important ingredients.

As you can see, Animal Cuts contains a lot of stimulants, which is how it gives you energy and makes you lose water weight.

Weight cutting pills have some side effects. Common side effects include dehydration, weakness, dizziness, and fatigue. It is very important to eat properly and drink lots of fluids when taking weight cutting pills. Several users say the product makes them sweat a lot, which is to be expected.

Where to Buy Animal Cuts and Cost

You can buy Animal Cuts directly from the official Universal Nutrition website here.

A 42-serving canister of Animal Cuts costs $44.95 for a one-time purchase. They do offer a regular delivery/subscription option that will save you 10%, bringing the cost down to $44.95. 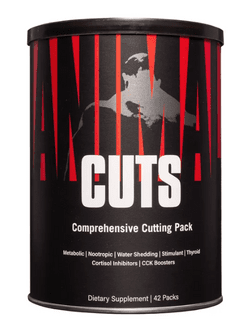 Save up to 10% on Animal CutsWe scour the web for the best deals on supplements. Want to get up to 10% off your Animal Cuts order? Click the button below to get this deal!GET THE DEAL

Animal Cuts: Worth it or Not?

We say Animal Cuts is worth it, but only if you are practicing a heavy workout routine and you use it carefully. Dehydration is a very real risk with weight cutting supplements and Animal Cuts is no different. So while it is effective, it needs to be handled carefully. We say it’s worth the purchase.

Nature’s Lab Magnesium Soothe Powder Review – Is It Worth The Cost?

BodyTech BCAA Review – A Look At Their 2:1:1 Ratio

TruFix Review – Can This Truvy Supplement Fix Your Metabolism?

Hyperbiotics PRO-15 Probiotic Review – Will This Supplement Help Your Digestion?

Lutenol Review – Is This Natural Vision Support Supplement Worth The Cost?