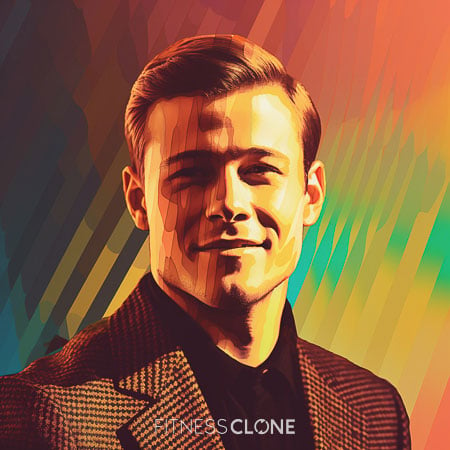 Taron Egerton (pronounced ‘Edge-erton’ not ‘Egg-erton’) was born in England but grew up in Wales. On a friend’s advice, he began acting in youth theater as a teen. Egerton graduated from the Royal Academy of Dramatic Art with a degree in acting in 2012. He debuted with small roles in the tv series Lewis, and earned a breakthrough role in Kingsman shortly thereafter. In 2019, he starred as Elton John in Rocketman, earning a Golden Globe for his performance. Egerton was on GQ’s list of Best Dressed British Men in 2015 and 2016. He is active in many causes, including for women, LGBT, and minorities. He is an ambassador for the MND Association which researches motor neuron disease. He has millions of followers on social media. Egerton is 5 feet 9 inches tall and weighs about 170 lbs.

Egerton’s fitness trainer Dalton Wong supervised his diet for Kingsman and its sequel. Egerton ate balanced meals as his trainer believes all macronutrients have value. Pre-production, Egerton would eat a decent amount of (healthy) carbs and plenty of protein and fats, but things like alcohol and refined sugar were out. Once filming began, he cut back on all of them to reduce inflammation and show off all his hard work at the gym. Of course Egerton drank plenty of water to keep himself hydrated, with the occasional cup of coffee to help him stay awake.

Egerton gave up alcohol while training, but he was allowed the occasional cup of coffee to help him get through his 5 am workouts.

Two things that Egerton cut back on were added sugar and salt. Both cause inflammation in the body, making you look puffy rather than ripped.

Egerton celebrated the end of filming with a classic: beer and pizza

Egerton on The Perks of Being Rich

‘I can afford to get Tesco’s finest sandwiches rather than the basic ones.’

‘I  don’t believe in omitting anything.’

‘Carbs and all of those micronutrients are good for you, but should be tailored to your specific needs.’

‘I think being busy is a healthy thing.’

Egerton trains with Dalton Wong, who can also name among his celebrity clientele people like Jennifer Lawrence and Kit Harrington.

Egerton virtually never misses a workout. His trainer says he has cancelled maybe 2 sessions in 4 years.

Egerton did plenty of strength training leading up to The Kingsman, but he also worked on his flexibility to reduce the risk of injury.

Once filming started, Egerton focused more on maintenance and recovery so that he could meet the demands of an intense work schedule.

For The Kingsman, Egerton would be up early, often at 5 am to squeeze his workout in before filming started for the day.

Before every workout, Egerton would do a warm-up series to prepare the muscles for action. For example, before a chest routine, he would do push-ups to activate the chest, rotator cuff and triceps.

Egerton only had about 4-5 weeks had to get ready for Kingsman 2. He stepped up to the challenge without complaint.

Egerton did pump iron, but he also did a lot of bodyweight exercises. To prep for the opening scene in Kingsman 2 where he jumps onto the cab, Egerton practiced wall walking.

How To Get Ripped

Egerton’s secret to a jacked physique is varied chin-ups. To vary the grip, a towel can be wrapped around the bar. Egerton’s trainer says the most common limiting factor in chin-ups is grip strength, not core strength.

Volume: 3-5 days with rest days in between.

Days 2 & 4: Strength/Flexibility
MMA, Pilates, gymnastics or another circuit if these kinds of activities aren’t available.

Day 3: Conditioning & Circuit
Same as day 1, but vary the activity, such as military press, pull-ups, back squats, etc., followed by circuit.

Day 5: Conditioning & Circuit
Same as day 1, but vary the activity, such as leg press, deadlifts, thrusters, etc., followed by circuit.

Egerton on Training for Kingsman

‘Doing Kingsman is such hard work. It’s so physical and demanding.’

‘I’ve had 2 fights in my life. Both times I threw one punch and both times I broke my hand. I really am a stranger to the world of fighting.’

Egerton’s Trainer on a Multidisciplinary Approach

Taron Egerton hasn’t shared too much information about the supplements he takes, but the following supplements could be beneficial to those following a similar diet and exercise routine.

For those who are serious about making muscle gains, protein is a must. It fills you up, tames cravings and speeds recovery.

Creatine is another popular muscle-builder that keeps energy high during tough workouts and also speeds recovery.

Another supplement to try is BCAAs or branched-chain amino acids. BCAAs rev up metabolism and improve gym performance while also aiding with recovery.
Get it here

For intense routines like Egerton’s, a pre workout is essential. Likewise, l-carnitine can diminish the build-up of lactic acid, allowing you to work out for longer while reducing post-workout soreness.

Omega-3s also combat inflammation in the body, and provide essential nutrition for the brain. If you are following a calorie-restricted like Egerton did, probiotics can help the body absorb maximum nutrition.

Egerton’s family took up a collection to cover his auditioning costs to attend drama school. After achieving success, he bought his mum a house.

Although he was born in England and only has 1 Welsh grandparent, Egerton considers himself to be Welsh ‘through and through.’ He speaks fluent Welsh, in addition to English.

Egerton neglected to thank Elton John during his Golden Globe acceptance speech for Rocketman. He apologized profusely afterward. John insisted he wasn’t insulted by the slight.

Egerton enjoyed drawing and art as a child, and wanted to be an animator when he grew up. Another career he considered was English teacher.

‘If there’s one thing I’ve learnt, it’s that I don’t think a man ever looks better than when he’s in a suit.’

‘You’re just not thinking straight, and I haven’t had a lot of practice at winning awards so I didn’t nail it.’

‘I loved DreamWorks and Pixar, and I still love kids’ films.’

‘I only act in films where I’ve got an A-lister as my mentor.’

Egerton on Giving Back to His Mom

‘I bought my mother a house last year, I’m very proud to say.’ 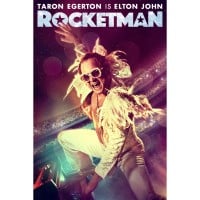 Rocketman
GET IT HERE 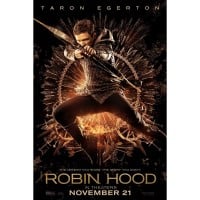 Robin Hood
GET IT HERE 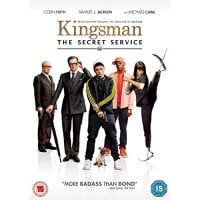 Kingsman: The Secret Service
GET IT HERE