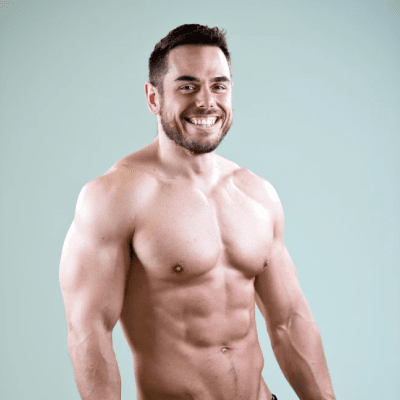 Ross Edgley is British. He comes from a family of athletes and has been involved in some sport or other since he was a kid. At age 14, Edgley got moved up to senior level water polo playing for Great Britain but struggled to compete against bigger, stronger players. He enrolled in Sports Science at university and put on over 40 lbs. of muscle in just one year. Edgley is famous for doing all sorts of crazy stunts for charity, like running a marathon while pulling a car (it took about 19.5 hours). He also swam around Great Britain, 1780 miles over 157 days, a feat which was documented online by Red Bull TV. Another stunt involved losing 24 lbs. in 24 hours. Edgley coaches and lectures around the world. He is a partner in the PhD Nutrition supplement company. He also designed a workout program for Men’s Health called Primal 9. Edgley also wrote 2 bestselling books The World’s Fittest Book and The Art of Resilience, as well as a cookbook and other fitness and inspirational books. He has hundreds of thousands of followers on social media. Edgley is 5 feet, 11 inches tall and weighs about 220 lbs.

Edgley needs a lot of calories to fuel his wild adventures. He eats vast quantities of food, taking in a lot of carbs and plenty of protein and healthy fats as well, adding up to 8,000 calories a day. He says protein is important for repair, but what he needs when he’s doing a distance event is quick fuel which is carbs and fat. He sticks to the complex type of carbs that are low on the glycemic index like oatmeal and bananas, and steers clear of the junk. He drinks plenty of water to stay hydrated. Edgley also firmly believes that everyone needs to figure out the right eating program for themselves, and he has written a cookbook to help optimize health and strength.

Edgley is the first person to say that no one should use his personal diet as a guide. It fits his needs, but everyone has their own and they must use some trial and error to find the right fit.

Edgley says that nutrigenomics, or the study of how a person’s genes interact with each person individually, helps determine the best nutrition plan.

Edgley isn’t anti-protein; he just needs fuel that will go the distance which is why he fills up with complex carbs and healthy fats.

Edgley mixes up big batches of oatmeal, peanut butter, flaxseed, banana, berries and vegan protein powder and portions it out into Tupperwares so he has it ready to eat on his marathon exercise sessions.

Edgley’s go-to recovery meal is a flavorful concoction of paprika, lime, and oregano on a haddock fillet with a side of mango salsa. He says it’s the perfect way to restore his aching muscles.

Another delicious creation of Edgley’s that he eats after a workout is a chocolate protein cheesecake made with egg whites, whey protein, cocoa, yogurt, quark, and gelatin, with a crust made from healthy granola, honey, and berries.

A “pet hate” of mine is these diets that are broadcast to millions as the perfect diet. This simply isn’t true. A one-size-fits-all diet is a diet that fits no one.

Yes, we need protein to repair and regrow, and when I’m not mid-swim, I will heed the advice.

Edgley on his energy supply

I’d rather have a plentiful supply of my 2 energy-yielding macronutrients: fat and carbohydrates.

Edgley on refueling while exercising

When I’m swimming for 8 hours, I can stop between 1 km intervals and demolish a bowl.

Edgley on the importance of good food

When I’m not spending hours in the pool, I pay such close attention to my choice of butcher!

Edgley on his chocolate protein cheesecake

Post-workout nutrition will never be the same again for me.

Edgley on consuming lots of calories

A lot of athletes can’t stomach that much food.

It Runs in the Fam, Literally

Edgley comes from a long line of athletes. His dad was a tennis coach, his mom was a sprinter, and his grandparents ran marathons and were in the military.

Edgley played many sports as a kid, including soccer, rugby, tennis, and trail running, but specialized in swimming and water polo, and represented Great Britain in international competitions starting at age 14.

Edgley’s first year of playing senior water polo was almost his last when a bigger competitor nearly drown him. He escaped by biting the guy’s leg, and then decided he needed to switch up his training to get stronger.

Edgley may pull whacky stunts for publicity, but he’s all about training that suits the purpose of your exercise goals.

Edgley regularly spends hours in the pool, and he also does plenty of other workouts including standard weight training.

Edgley says that explosive plyometrics (EP) such as push-ups or squats performed quickly are an overlooked way to prep for strength training and get the muscles firing on all cylinders.

Tips to Be the World’s Fittest

Explosive Plyometric warmups
Strength Training
Swim
Run
Do what gets you fired up.

I don’t mind admitting I basically got bullied in the pool during my first year at senior level by guys much stronger and bigger than myself.

Edgley on the human body

The main thing I learnt is how durable the human body is, and how it is infinitely more powerful than modern science often gives it credit for.

When it comes to your deadlift, squat, everything fires that much [more] efficiently.

Edgley on the best way to train

As to methods, there may be a million…but principles are few. The man who grasps principles can successfully selects his own methods. 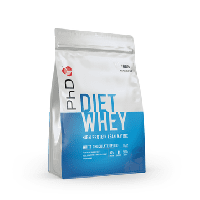 Edgley mixes up entire ‘cauldrons’ of oatmeal, peanut butter and plant-based protein to eat when he’s out on a marathon swim session.
SEE BEST PICKS 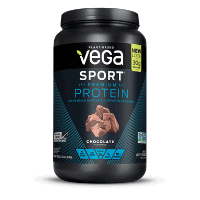 Edgley also uses whey protein to recover after working out. Whey protein is considered the gold standard for muscle growth.

Edgley is part-owner of Ph D Nutrition brand supplements, including Prime Man Multivitamin to counteract the effects of lengthy sessions in the water or on land.

Edgley also supplements with vitamin D because of its many beneficial effects, including immunity, muscle repair, bone health, and cognition.

Edgley considers sleep to be an essential component of health and has studied the effects of sleep deprivation, including hallucinations, illness, and decreased athletic performance.

Edgley’s 157-day swim around Great Britain was a grueling affair. Salt water eroded his tongue, he developed ‘Rhino neck’ from the wet suit rubbing and his feet turned rainbow colors and lost their arch. He alternated between swimming for 6 hours and resting for 6 and ate about 15,000 calories per day.

In 2016, Edgley ran a marathon while pulling a 3,000-lb. car to raise money the Teenage Cancer Trust. That same year, he climbed a rope of 29,029 feet, the exact height of Mount Everest, also for the same charity. Other charitable feats include running barefoot for 1,000 miles carrying a 110-lb. backpack and swimming 62 miles across the Caribbean pulling a 100-lb. tree.

Edgley’s bestselling The Art of Resilience offers advice on the mental strength and stamina needed to withstand any situation and overcome adversity.

One of Edgley’s heroes is Bruce Lee because both believe in pushing the limits of human capacity. Second top idol pick: Arnold Schwarzenegger. His third is Dr. Yuri Verkhoshansky, aka the father of plyometrics, for his incredible knowledge of strength and conditioning coaching.

Edgley has a simple tool he uses when the going gets tough: he smiles. The ethos of the Royal Marines is ‘Cheerfulness in the face of adversity’ and Edgley sticks to that rule.

Edgley says his goal is to always keep improving. To that end, he will go to a gymnastics gym, CrossFit class, or other new-to-him gym. Trying new things keeps him humble, and always teaches him something new.

Sleep is (and always will be) absolutely crucial to our survival.

My goal in fitness is to have no goal, to make life a continual, enduring success. by our past failures.  That’s not you.  You are this person right now.  You’re the person who has learned from those failures.  Build confidence and momentum with each good decision you make from here on out and choose to be inspired.

Be naive enough to start and stubborn enough to finish.

Edgley on how to succeed

Focus on the process rather than the outcome.

For the record, I don’t like pain. But it is a means to an end.

Don’t fall victim to marketing hype. The “perfect diet” doesn’t exist and the “3-Minute Ab Workout” is a lie.

Edgley on getting out of his comfort zone

It’s often [an] embarrassing, humbling and valuable experience each time I learn from some 10-year-olds.

Edgley on the relationship between physical and mental health 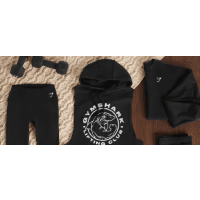 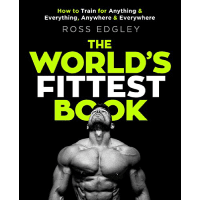 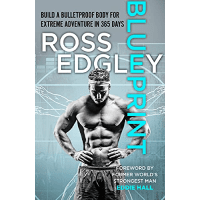 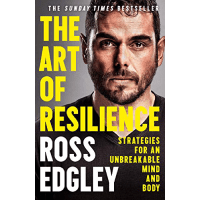