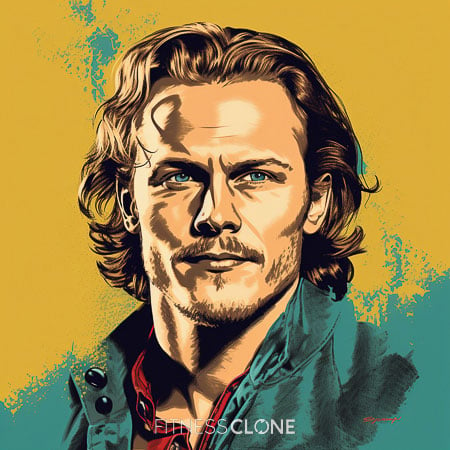 Sam Heughan is from Scotland. He performed in many plays before graduating from the Royal Scottish Academy of Music and Drama in 2003. Heughan’s first professional tv role was in Islands at War. Other roles soon followed, including a recurring role on the BBC soap Doctors, but he is probably best known for Outlander. Heughan published a best-selling travelogue called Clanlands. In 2020, he launched his own brand of whiskey, The Sassenach, which earned a double gold medal at the 2020 San Francisco World Spirits Competition. Heughan supports several charities. He is a patron of Youth Theatre Arts Scotland and started a foundation called My Peak Challenge that supports personal goals, training, and nutrition. He has hundreds of thousands of followers on social media.Heughan is 6 feet, 2 inches tall and weighs about 200 lbs.

Heughan was a pescatarian (a vegetarian who eats fish) until he was 24 years old. Although he doesn’t have any strict rules about what to eat, he naturally chooses clean, wholesome foods — and ketchup. He prefers whole, natural foods like eggs, lean animal protein, whole grains, veggies and fruit, and skips the junk. He might have a protein bar or shake as a snack. He avoids sugary drinks but always takes in plenty of water.

Heughan believes that you are what you eat, so he only consumes natural foods.

Heughan loves breakfast, eggs especially. He admits to eating them with ketchup.

Heughan enjoys the process of preparing food. He says cooking relaxes him.

Heughan eschews all sugary, empty-calorie beverages and quenches his thirst with pure, clean water instead.

While Heughan says a burger and fries tastes great, it’s not what he craves. He loves healthy food.

‘I was once sent a crate of avocados. Fortunately, I love them.’

Heughan on Pancakes vs Eggs

‘I’m not into pancake things. I’m into eggs. Lots of eggs.’

‘I love a burger and fries, but it’s not what I crave. I love to eat healthily.’

‘If you don’t think about or deal with an issue, it gets bigger.’

Heughan may have grown up a hippie, but he doesn’t take a laid-back approach to fitness.

Hit the Cross Fit for Hypertrophy

Heughan got down to around 180 lbs. but it was a bit too slender for his role as clansman Jamie in Outlander, so he headed for a CrossFit gym in London and built his weight back up to around 205 lbs.

Heughan enjoys hiking in the great outdoors, and can’t help but clean up trash if he passes it along the way.

Heughan once ran 2 marathons in 4 weeks. He beat his personal best by 1 minute.

Heughan loves to cycle around foreign cities as a way of exploring them.

Do What You Love

Heughan loves deadlifts and the assault bike, but he says the best way to get fit is to find activities you enjoy rather than letting other people dictate what you ‘should’ be doing.

Heughan works out hard 6 days a week. On Sundays, he’ll do a leisurely cycle or walk for an hour and a half.

Heughan has a workout that uses only bodyweight. He can do it anywhere, any time, and without any equipment.

Heughan’s cardio often takes place on the assault bike, which he apparently loves.

Heughan on Getting His Weight Down to 185 lbs

‘I was doing a lot of running. I ran for a charity team and did a lot of marathon running, but I had to look a bit bigger and I needed to look like someone who could take care of himself.’

‘We started learning the necessary deadlifts and Olympic lifts and then did a lot of conditioning work.’

‘Hiking is a great passion of mine, and I find myself picking up empty bottles.’

Heughan on Hitting The Gym

‘All actors are insecure. And I’ve got my insecurities, which is why I go to the gym all the time.’

Other than protein shakes, Heughan doesn’t cop to any other supplements he might take. So, below are supplements that can benefit anyone following a similar diet plan.

But things like creatine and BCAAs help with growth, performance and recovery.

Heughan eats his veggies, but you can’t go wrong with a greens supple-ment.

Because you only use what you absorb, probiotics are another wise choice to improve digestion and boost immunity.

Finally, a multivitamin is always a good idea to hit all your nutritional needs.

Heughan grew up in a family of hippies on the grounds of a castle. He pretended to be a knight for much of his childhood.

Heughan says at school, he was told he wasn’t a good actor and should try something else — and then was cast as Romeo.

Heughan says Scotland is the real star of Outlander. He wrote a book about his homeland that became a best-seller. Heughan is outspoken about Scottish independence.

Heughan loves sci-fi and says traveling to the moon or outer space would be a dream come true. He also believes the Earth has been visited by aliens.

In addition to acting, writing, and creating businesses and charities, Heughan knows how to play trumpet and trombone.

Heughan only learned to drive a car when was 35 years old.

Heughan on His Family

‘My families were pretty big hippies.’

Heughan on his Childhood

‘I was born and brought up in the countryside. I used to live in a sort of converted stables on the grounds of a castle, and I spent a lot of my childhood running around with a pretend sword, pretending to be Robert the Bruce.’

Heughan on His Pets As a Child

‘When I was growing up, we had cats, dogs, guinea pigs, rabbits, goats, chickens, a whole menagerie.’

Heughan on the Great Outdoors

‘I love the outdoors. I love climbing mountains.’

‘It’s certainly a very liberating and very freeing, but surprisingly very comfortable to wear, to ride a horse in a kilt. I was surprised by that.’

Heughan on His Charity My Peak Challenge

‘It’s helping change people’s lives, and I’ve had a lot of wonderful letters about it.’ 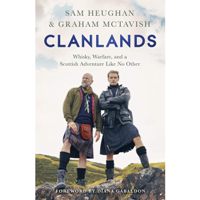 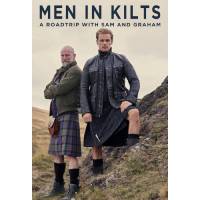 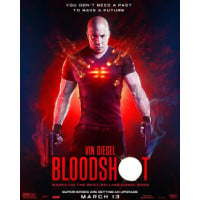 Bloodshot
GET IT HERE 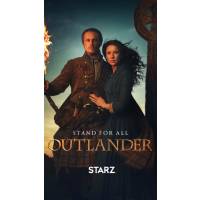 Outlander
GET IT HERE 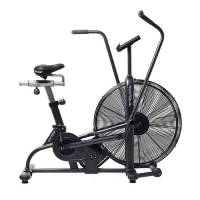 Assault bike
GET IT HERE